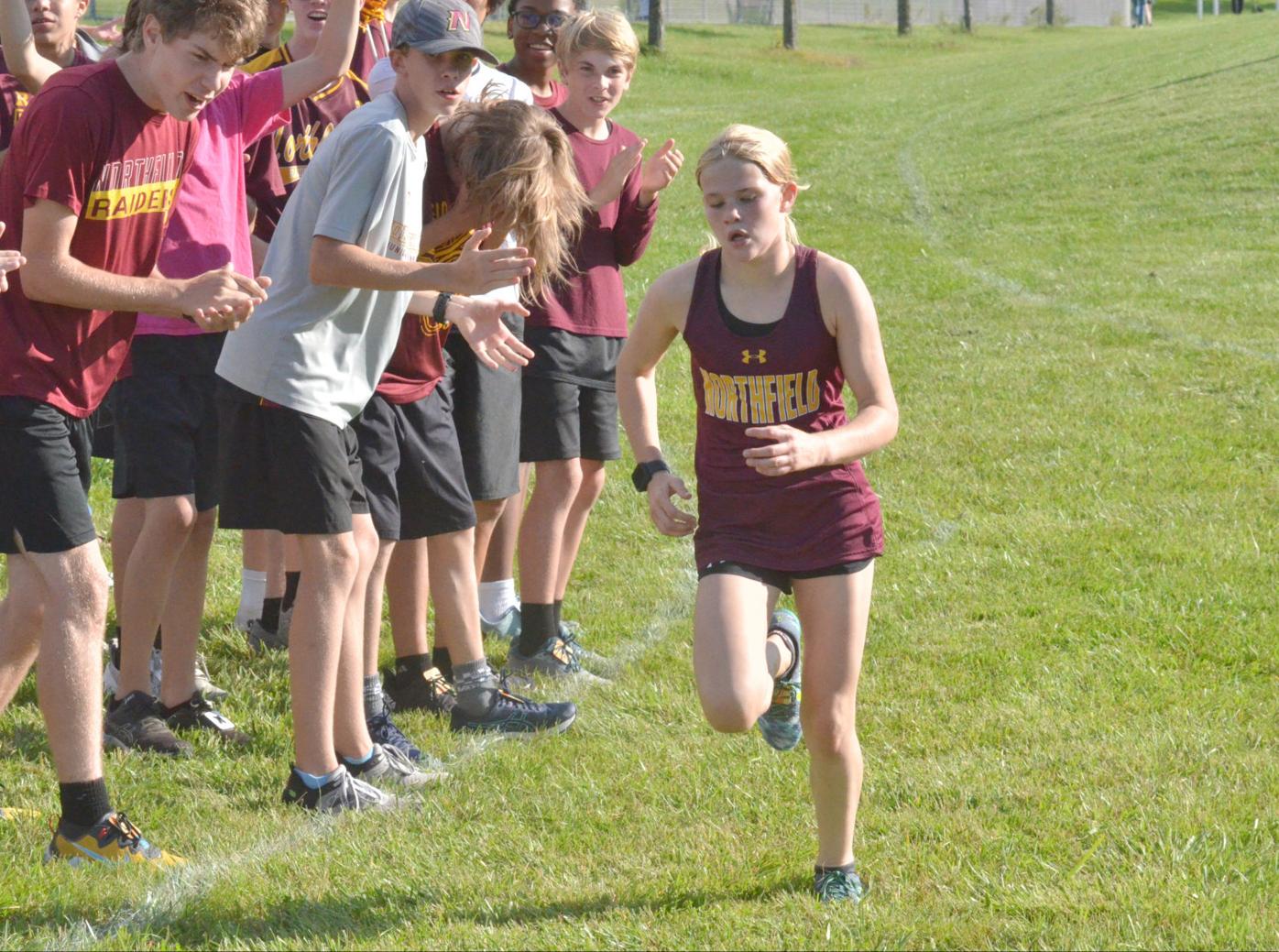 Northfield eighth grader Caley Graber has jumped to the front of the pack this year in her first season of varsity cross country. (Michael Hughes/southernminn.com) 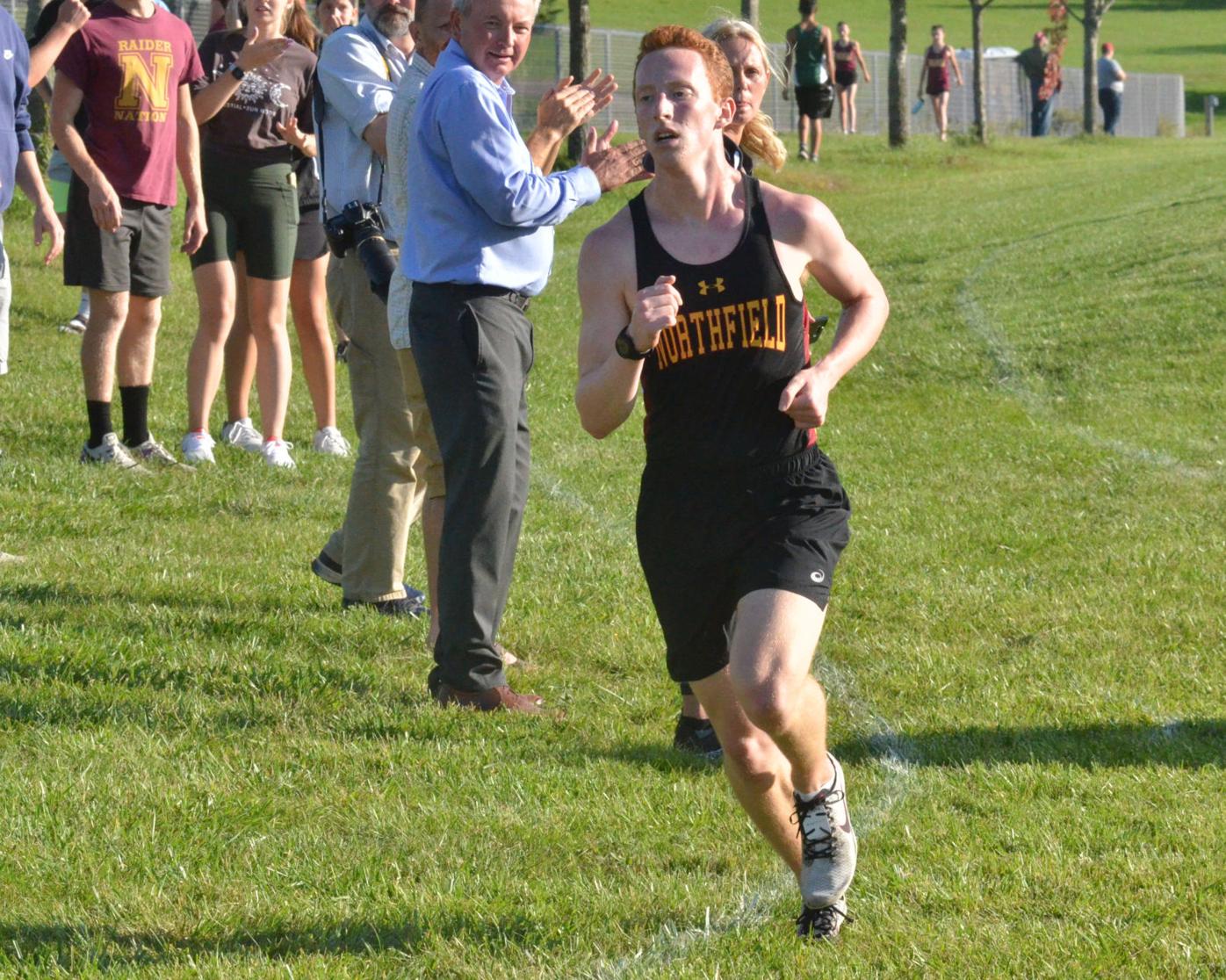 Northfield eighth grader Caley Graber has jumped to the front of the pack this year in her first season of varsity cross country. (Michael Hughes/southernminn.com)

The Northfield girls cross country team posted another strong performance on Thursday afternoon to win the Burnsville Invitational thanks to a wave of depth.

Only a 56-second gaps between the first and fifth runners for the Raiders helped keep their point total to only 35 to narrowly beat Eastview in second place with 38. Burnsville (67) finished third, Bloomington Kennedy (98) slotted into fourth and Forest Lake (123) finished fifth.

Eighth grader Caley Graber was first to cross the line for Northfield in third place at 20 minutes, 39.6 seconds. The race was one, though, with seniors Clara Lippert and Adriana Fleming finishing back to back in sixth and seventh, before freshman Claire Casson and seventh grader Peyton Quass did the same in ninth and 10th. Northfield claiming five of the top 10 spots bested Eastview claiming three of the top five positions.

In the boys race, Burnsville cruised to the win with 21 points, but Northfield was comfortably the best of the rest with 52 points ahead of Minnetonka (72), Minneapolis South (101), Bloomington Kennedy (102) and Forest Lake (183).

Junior Nathan Amundsn sped to third place in 17:42, while junior Sam Folland wasn’t far off in fifth place in 18:32. Carter Schlomann and senior Adam Reisetter finished 11th and 12th with times of 18:53.2 and 18:54.4, with senior Will Beaumaster claiming the final scoring spot in 21st with a time of 19:24.

Both Northfield teams are back in action Friday afternoon at the Red Wing Invite.