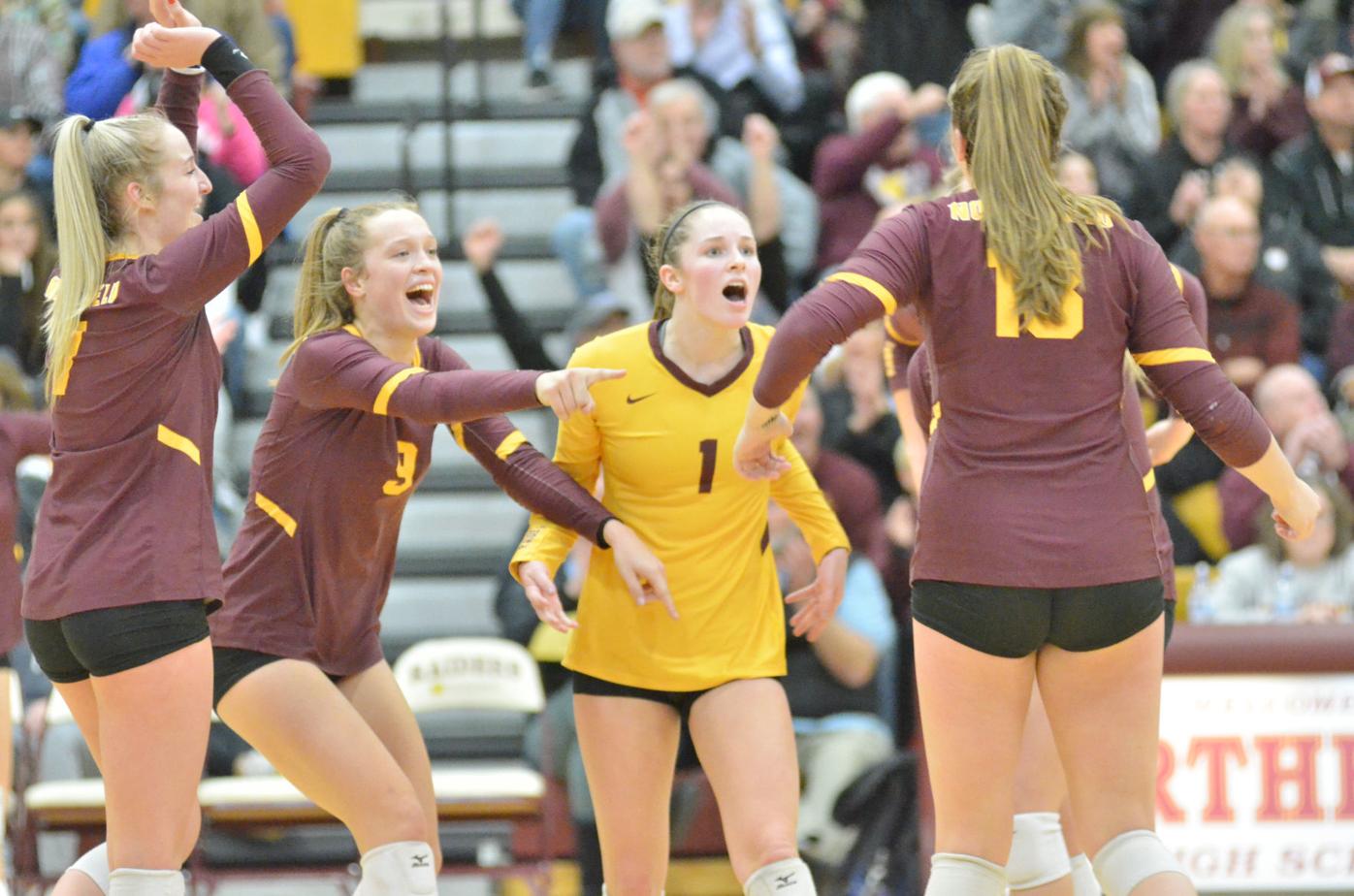 Northfield seniors Rachel Wieber (9) and Emma Torstenson (1) will return after helping captain the Raiders last year. Northfield will have to replace the production of Bronwyn Timperley (left) and Lida King (18). (File Photo) 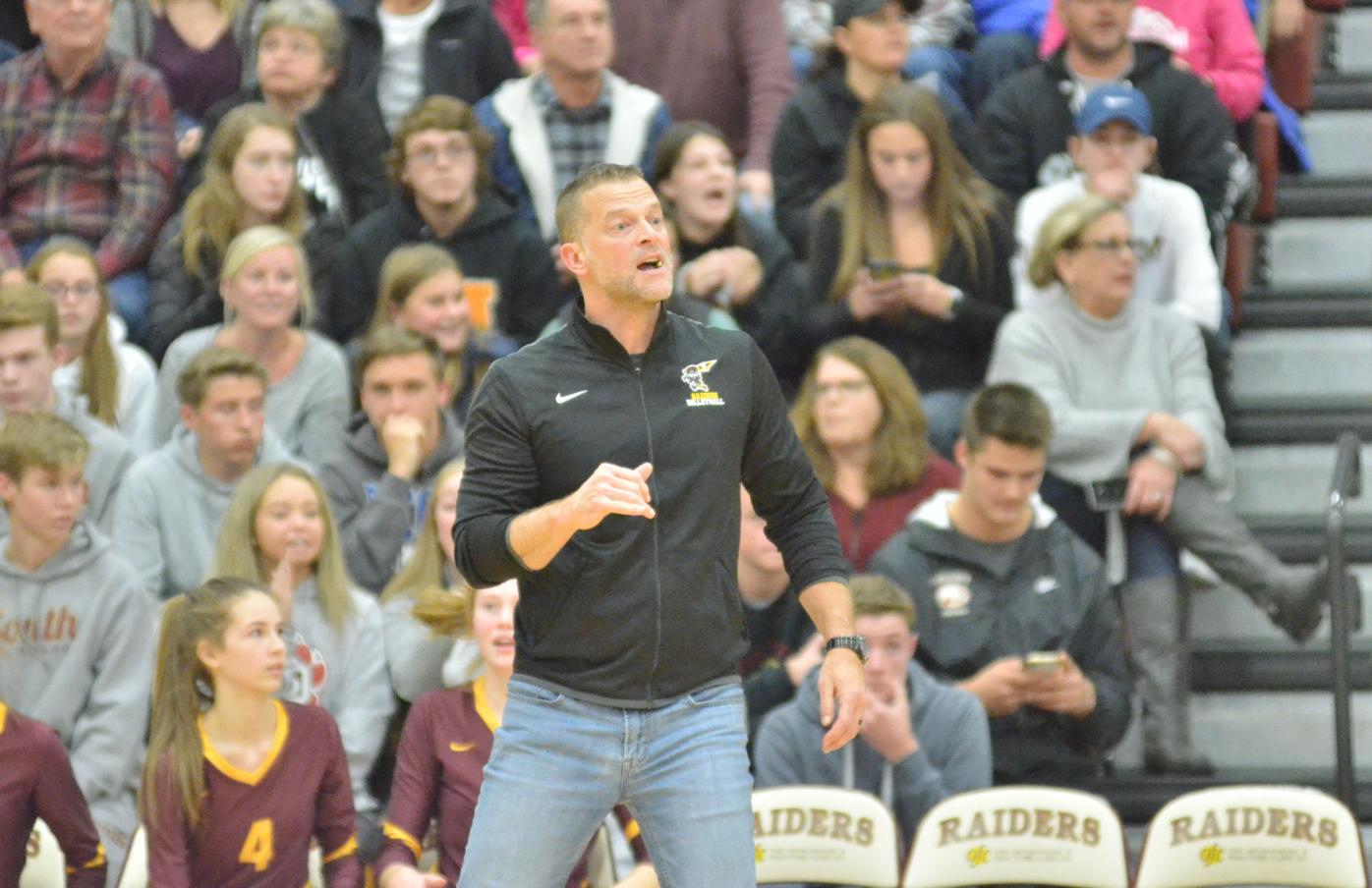 Northfield coach Tim Torstenson will enter his 12th season in charge of the Raiders this fall. (File Photo)

Last season was a breakthrough for the Northfield volleyball program.

A championship at the talent-laden Southwest Minnesota Challenge, a third consecutive Big 9 Conference title and finishing the regular season ranked second in Class AAA were all highs for the program, but was all ultimately overshadowed by the team's five-set loss in the section semifinals against Lakeville South.

It was the second straight year the Cougars eliminated the Raiders in five sets in the section semifinals.

Now, Northfield returns with largely the same core and is once again poised to compete for the program's first section title and state tournament appearance.

“We have a team like we’ve never had before coming back with five Division I players, for sure on it," Northfield coach Tim Torstenson said.

It wasn't until he went to college at Gustavus that the sport of volleyball entered either part of his life. After initially planning to continue his basketball career for the Gusties, Torstenson fond himself drawn to the club volleyball team.

“Once I was done playing there, I kind of knew I wanted to get into coaching," he said. "It was right out of college in my first teaching job that I started coaching club (volleyball). That was in Faribault, where I was teaching, and then it just went from there.”

Eventually, that led to Torstenson taking over the Northfield High School volleyball program prior to the 2009 season.

“I love the sport," Torstenson said. "I just love being able to teach it, and I love being around the atmosphere of it. That’s the big part of it for me. Sports is just a huge part of my life, no matter what sport it is. Just being around that atmosphere, being in the gym, being in games and just coaching kids and helping them get better at volleyball, which is the sport I love, that’s what’s kept me in this.”

Emma Torstenson is committed to play in college at the University of Colorado, Wieber at Southern Utah University and Koenig at Miami (Ohio). Reilly is still uncommitted, but is drawing interest from a number of Division I programs.

Tim Torstenson said rising sophomore Sydney Jaynes, an outside hitter for Northfield who plays libero in club volleyball, is also a Division I caliber player. In addition to Jaynes, middle hitter Annelise Larson and Teagan Timperley both spent last season on the varsity roster as freshmen.

Tim Torstenson said he's confident in the depth on the outside to fill in for Timperley, but finding a replacement for King is more of an open question.

"We have some players that can fill that role I think,” he said.

One of those is Teagan Timperley, last year's backup setter who played the bulk of her time as the junior varsity setter, in addition to a couple other younger options. That position might be one of the only spots for a newcomer to snag a varsity spot, however.

“We only lost two players, so there’s not a lot of room for us to make a lot of movements,” Torstenson said.

“I would say our lowest (group) was this last year, since we only had two seniors last year," he continued. "Besides that, it’s pretty consistent I think across the board as far as our numbers go. I don’t know if any grade fluctuates more than another.”

That experience will be tested early in 2020. Northfield will travel to take on Farmington in its first game of the season, before welcoming Eagan — last year's Class AAA runner-up and the 2018 state champion — to Northfield High School for the second game of the season.