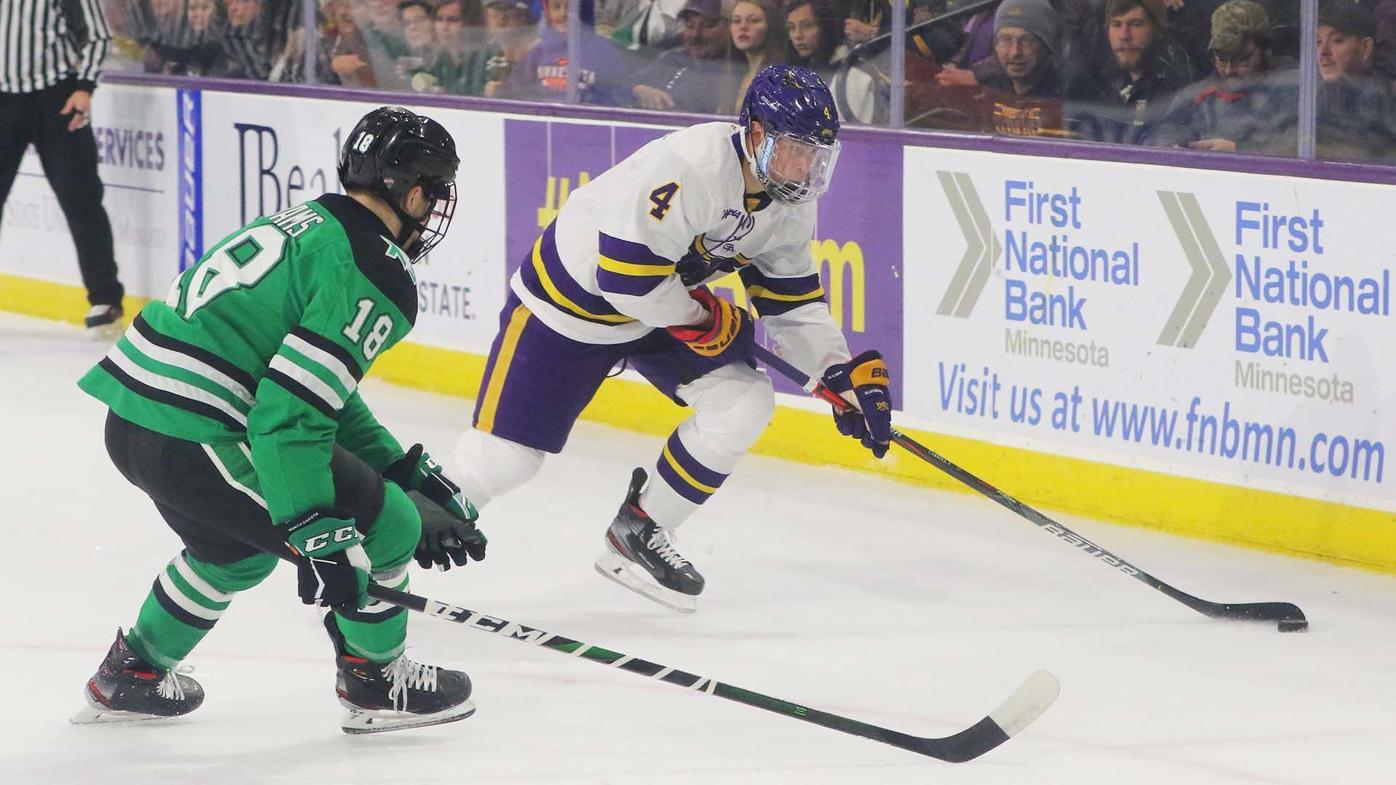 Minnesota State sophomore Andy Carroll played the majority of the games last season for the Mavericks. After the season was shut down prior to the NCAA Tournament, Carroll spent the summer bulking up with an eye on an expanding role this season. (Photo courtesy of Minnesota State Athletics) 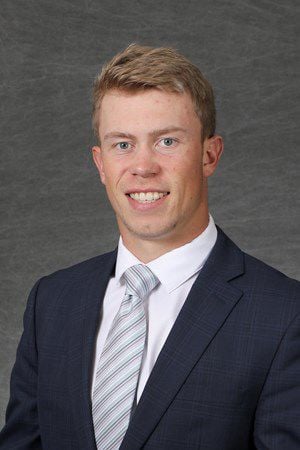 With nothing else to do this summer, Andy Carroll went to work.

A few months after Carroll and the Minnesota State University, Mankato, men's hockey team watched an opportunity at a national championship slip away when the NCAA canceled its postseason tournament, the defenseman spent hours each day at his home in Mankato training for a season that might not ever come this winter.

That was always the only option for Carroll, a 2015 Northfield High School graduate who is now set to start his junior season Sunday at Bemidji State.

"I'm so ingrained and in love with the game that whether we were going to have a season or not, I was probably going to commit to my offseason workouts and training and skating," Carroll said. "The goal is to play hockey after college, so there would be no reason to ever stop training."

That work in the summer has paid off so far. By his count, Carroll has tacked on 12 pounds of muscle, which he thinks will translate to a larger presence all across the ice.

"I think the roster still has me at 178, but I'm 190 pounds now," Carroll said. "I put on some good size and I feel really good about it. It's always fun when we work hard and you see those goals through nutrition and offseason training come to fruition. It's really fun to see that."

Last spring, the Mavericks were set to enter the NCAA tournament as one of the favorites to win a national title after ending the regular season ranked No. 3 in the country, according to the U.S. College Hockey Organization and USA Today polls.

Then came the shutdown of all college sports, and with it the departure of an avalanche of talent for MSU Mankato.

The Mavericks lost half of their typical starting defensemen from last year in Mackey, Edwin Hookenson and Ian Scheid. Those openings on the blue line create an avenue for Carroll, who played primarily as a third-pairing defenseman last year, to move up the lineup alongside other returning blue-liners Riese Zmolek and Jack McNeely.

"When you start talking about turning over 30-plus percent of your roster, it’s going to be different, but that means lots of opportunities for guys," Mavericks coach Mike Hastings told Jason Feldman of the Rochester Post Bulletin and The Rink Live. "And it’s not just the new guys coming in, it’s opportunities for guys who’ve been here. Andrew Carroll had a tremendous summer. With Mackey, Scheid and Hookenson gone — three guys who played major minutes — we need guys to step in and step up."

So far, much of the country predicts little to no drop off from last year to this year.

In the preseason USCHO poll, MSU Mankato is ranked fourth. In the preseason Western Collegiate Hockey Association coaches poll, it was picked to win its fourth consecutive MacNaughton Cup (awarded to the conference's best team in the regular season) and is the favorite to claim another Jeff Sauer Trophy (awarded to the winner of the WCHA Tournament).

And while there has been a bounty of regular-season success for the Mavericks, they're still missing the final element in the postseason as the program is still searching for its first-ever NCAA Tournament victory. Carroll believes this year's team can be the one to check those final few boxes.

"We still have a lot to prove," Carroll said. "The group as a whole is taking the freshmen under our wings and we're ready to go make a push for a MacNaughton, a Jeff Sauer and a national championship. We feel we have a group that can do it."