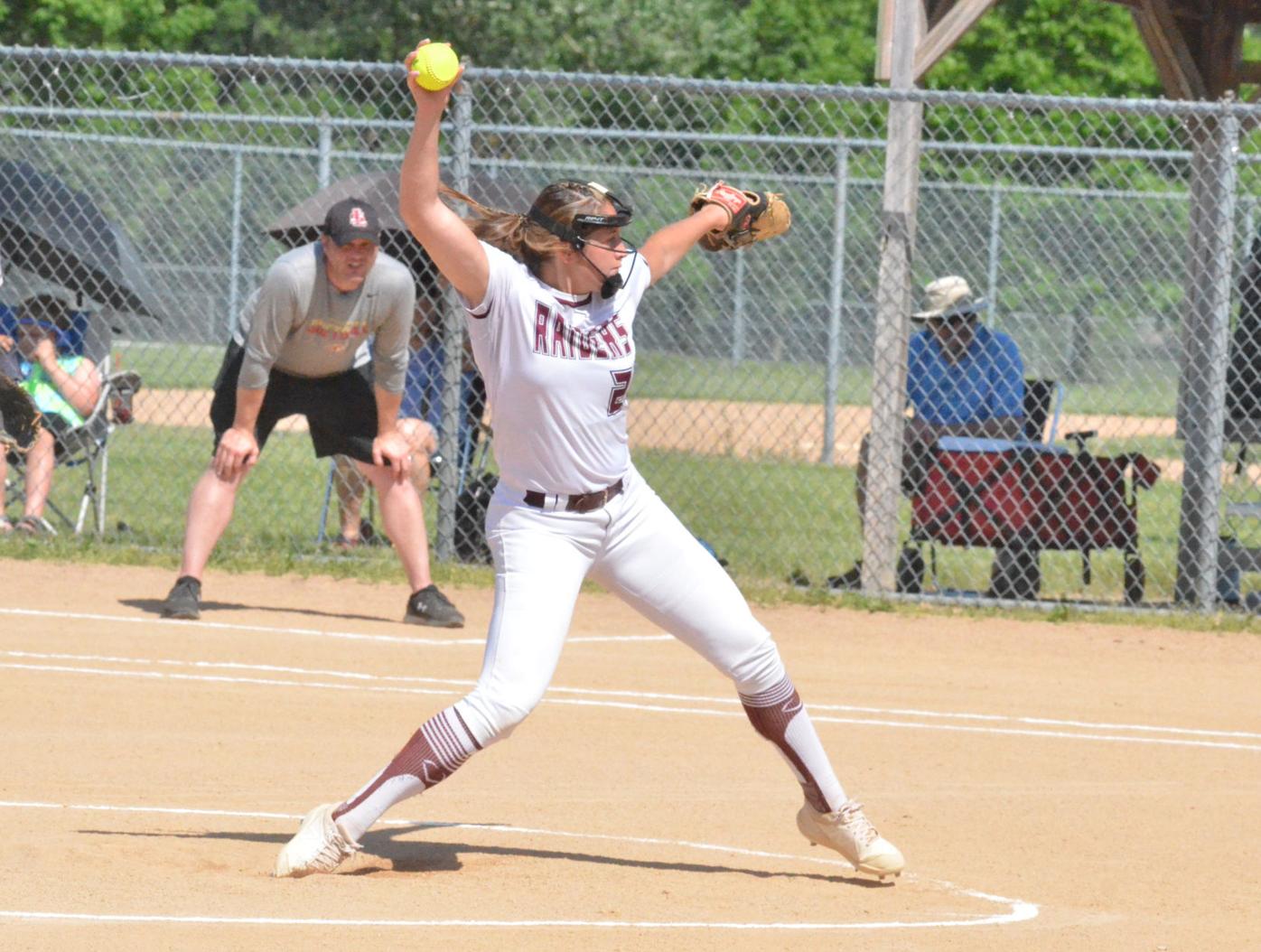 Northfield senior Brynn Hostettler struck out 13 batters and allowed only two hits during Tuesday’s 2-0 loss against Lakeville South in the Section 1-4A playoffs at Todd Park in Austin. (Michael Hughes/southernminn.com) 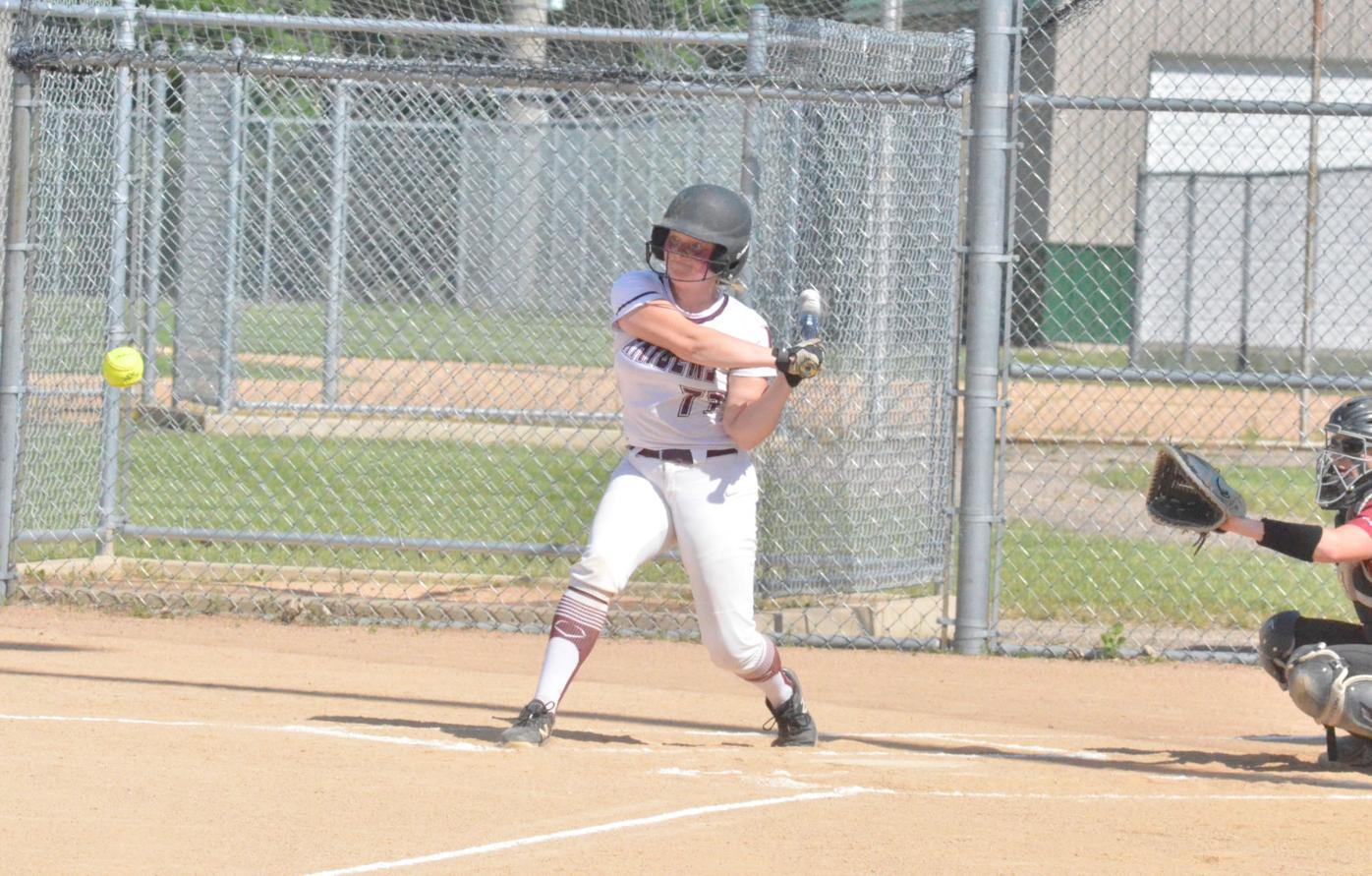 Northfield senior Chloe Rozga swings at a pitch during Tuesday’s 2-0 loss against Lakeville South in the Section 1-4A playoffs at Todd Park in Austin. Rozga collected one of four hits for the Raiders. (Michael Hughes/southernminn.com) 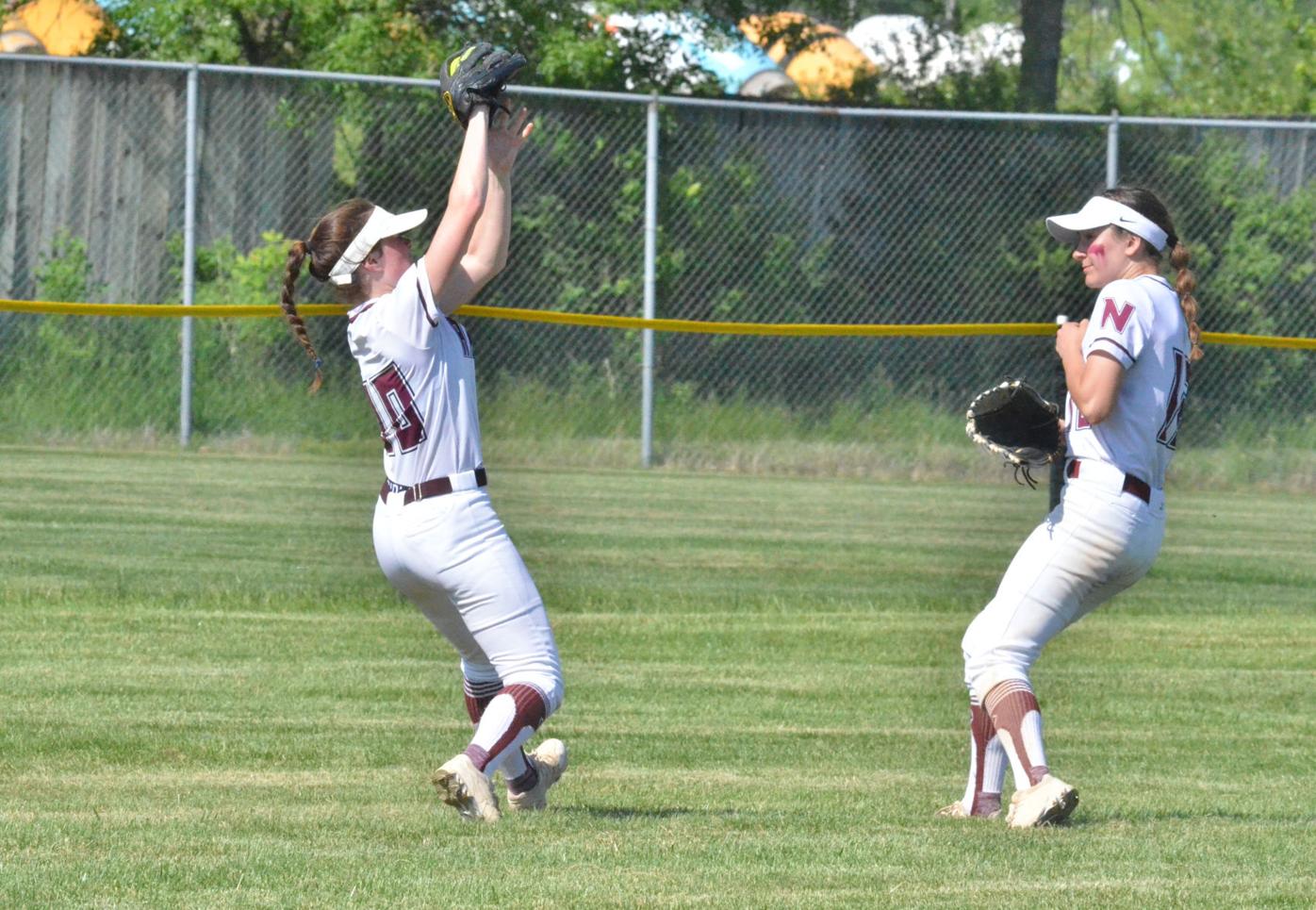 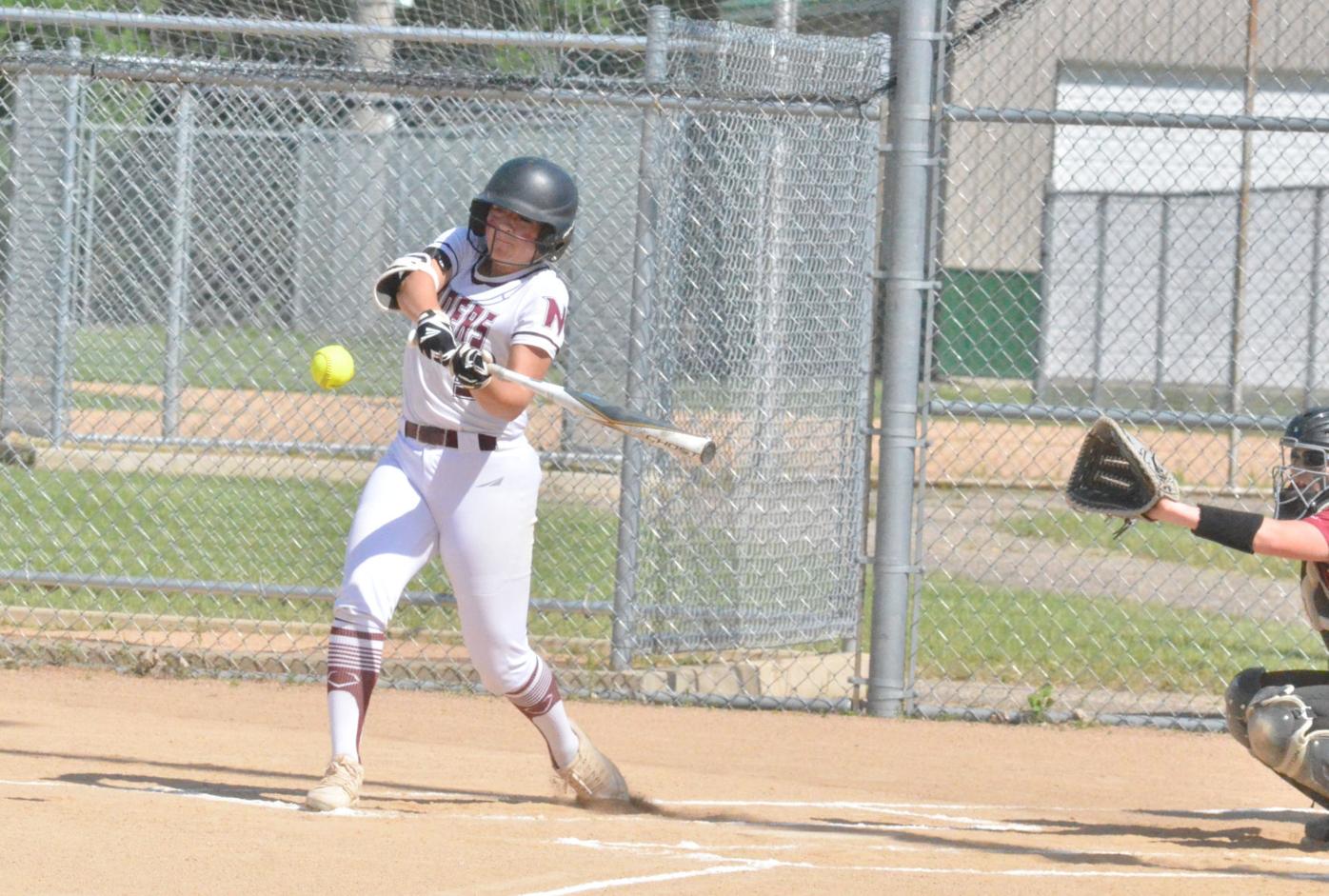 Northfield senior Payton Fox swings at a pitch during Tuesday’s 2-0 loss against Lakeville South in the Section 1-4A playoffs at Todd Park in Austin. (Michael Hughes/southernminn.com)

Northfield senior Brynn Hostettler struck out 13 batters and allowed only two hits during Tuesday’s 2-0 loss against Lakeville South in the Section 1-4A playoffs at Todd Park in Austin. (Michael Hughes/southernminn.com)

Northfield senior Chloe Rozga swings at a pitch during Tuesday’s 2-0 loss against Lakeville South in the Section 1-4A playoffs at Todd Park in Austin. Rozga collected one of four hits for the Raiders. (Michael Hughes/southernminn.com)

Northfield senior Payton Fox swings at a pitch during Tuesday’s 2-0 loss against Lakeville South in the Section 1-4A playoffs at Todd Park in Austin. (Michael Hughes/southernminn.com)

In the past three years and two seasons, the Northfield softball team claimed its first section title, state championship and Big 9 Conference crown in program history.

Those historic accomplishments were due in large part to the six-player senior class on the 2021 team, which had their high school careers ended with a 2-0 loss June 8 against Lakeville South in a Section 1-4A elimination game at Todd Park in Austin.

“It’s upsetting and heartbreaking but it had to end whether it was now or next week,” Northfield senior Chloe Rozga said Tuesday. “We knew it was going to. It’s upsetting that we didn’t get to go to state this year and play some of those bigger teams, but you take what you can get and try to stay positive about it.”

Along with Rozga, Northfield is set to lose Brynn Hostettler, Payton Fox, Mikaela Girard, Avery Valek and Gabi Schmoll. Those six players occupied all six starting spots in the infield.

Rozga picked up one of only four hits for the Raiders in Tuesday’s defeat with her one-out single in the bottom of the seventh. Northfield’s best chance to score Tuesday came in the top of the fourth, when Girard singled and moved to second on a wild pitch.

Junior Sammy Noreen then lined one up the middle, but it took a deflection off the Lakeville South pitcher’s glove to keep the ball in the infield and prevent Girard scoring from second base. Both runners were stranded after a flyout. Northfield’s other hit came via an infield single from sophomore Courtney Graff in the sixth inning.

The Cougars managed only two hits off Hostettler, who struck out 13 batters. In the top of the sixth, South’s Payton Lang worked a one-out walk and was moved to second with a sacrifice bunt. Sydney Swanson was then able to bloop a single to right field to drive in the run, before advancing to second on the throw home.

After a hard groundball ricocheted off an infielder’s glove and into centerfield, Swanson dashed home for the second and final run of the game.

That was all it took to knock off and knock out top-seeded and seventh-ranked Northfield short of a repeat trip to the state tournament. Even with the disappointment of the last week, however, much of the postgame messaging centered around remembering what this group accomplished through the last two seasons.

“It’s always hard when you lose in playoff time, but we had one of the most successful years that I’ve ever had in my 14-year coaching career in Northfield,” Northfield coach Ryan Pietsch said. “Obviously not the finish we were hoping for, but there were a lot of successes along the way and they have to be proud of that. You can’t let this moment define us. We had a great season and I’m super proud of everyone in the program.”

“I’ve been on varsity for four years and it just feels like as a team we’ve accomplished a lot,” Rozga said. “From state my sophomore year to winning the conference this year, so at least we’re taking away something and bettering the program every year. Reflecting on all of it, it’s been an important part of my life for six years since I’ve been playing since seventh grade.”

For four of this six seniors, Tuesday was not the last competitive softball game they’ll play. Hostettler is set to join the team at the University of Minnesota next year, Fox committed to St. Cloud State, Girard signed with Luther and Rozga with Bethel.

Because of that — and because Rozga anticipates continuing to hang out as a group this summer — the reality that the season is over might take a little longer to full set in.

“I’d just say family,” said Rozga describing her relationship with the Northfield softball program. “It’s cheesy and generic, but these are people I never would have seen in my life outside of softball, and now I’m hanging out with them almost every day after practice. It’s definitely one big family and even Pietsch cried today, and that felt good.”