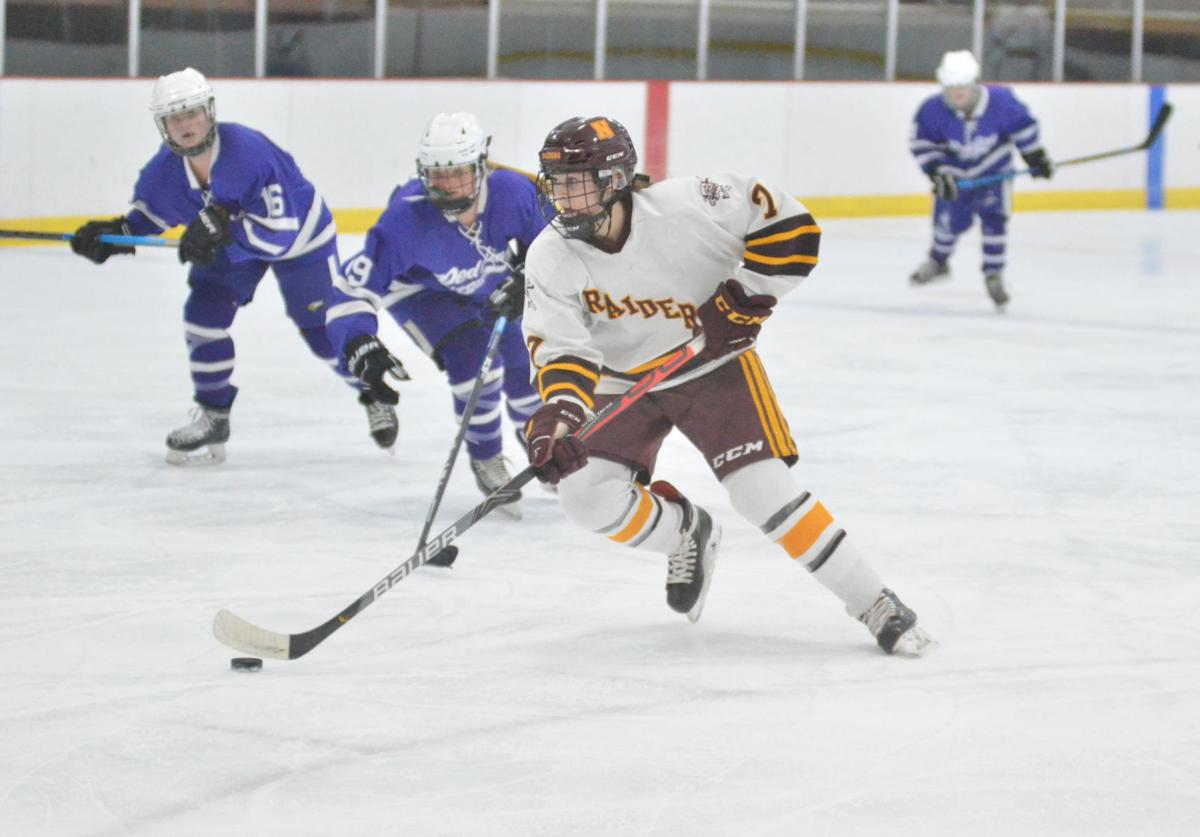 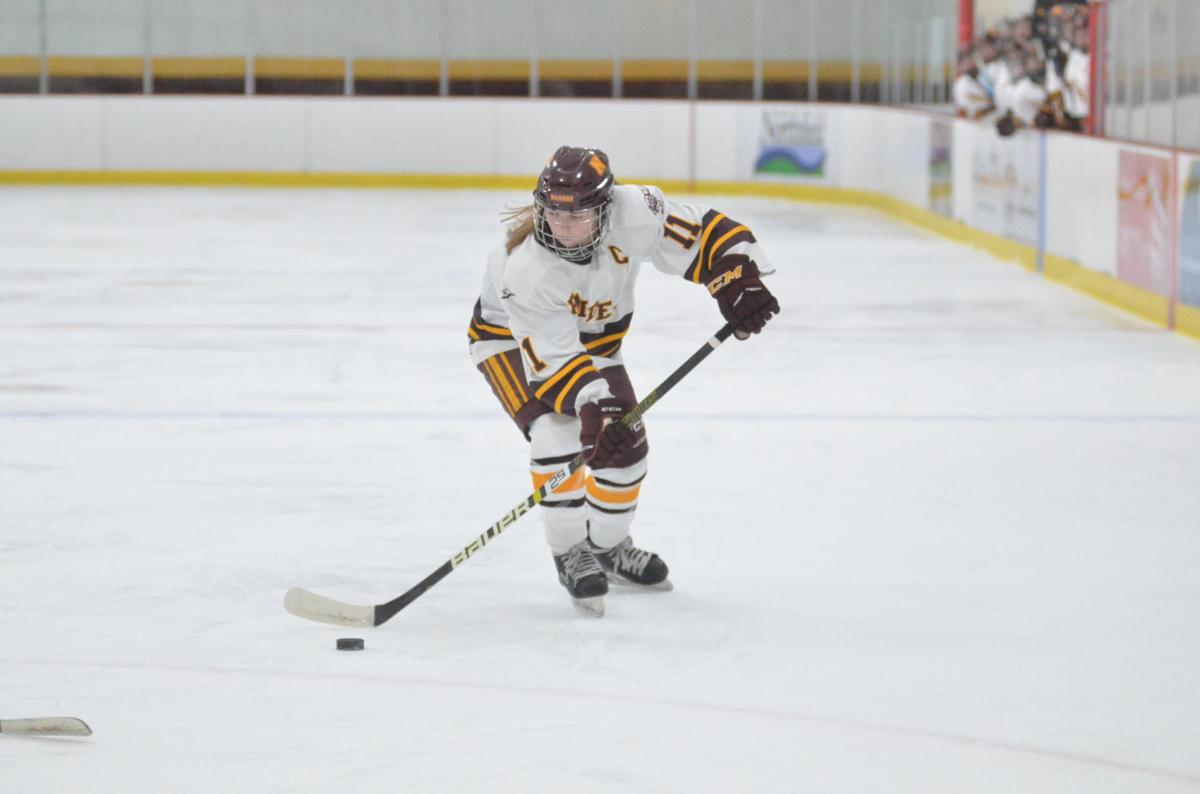 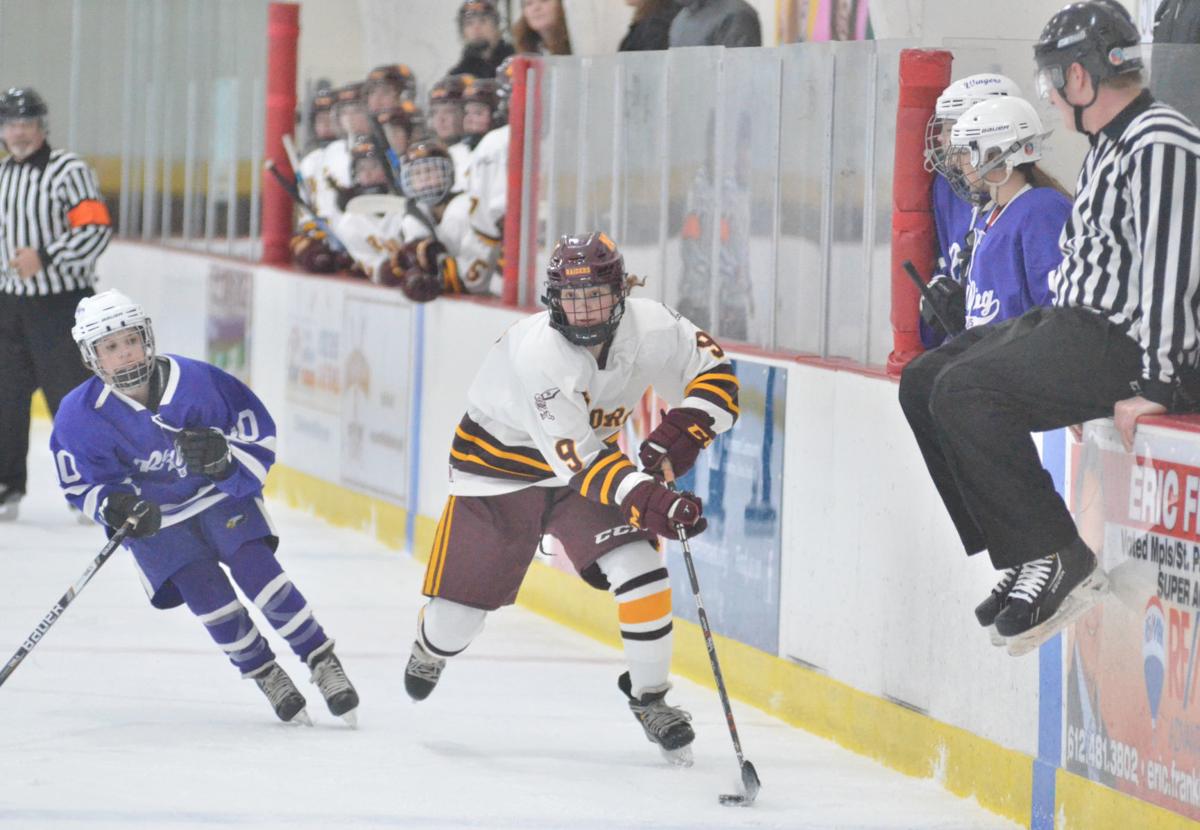 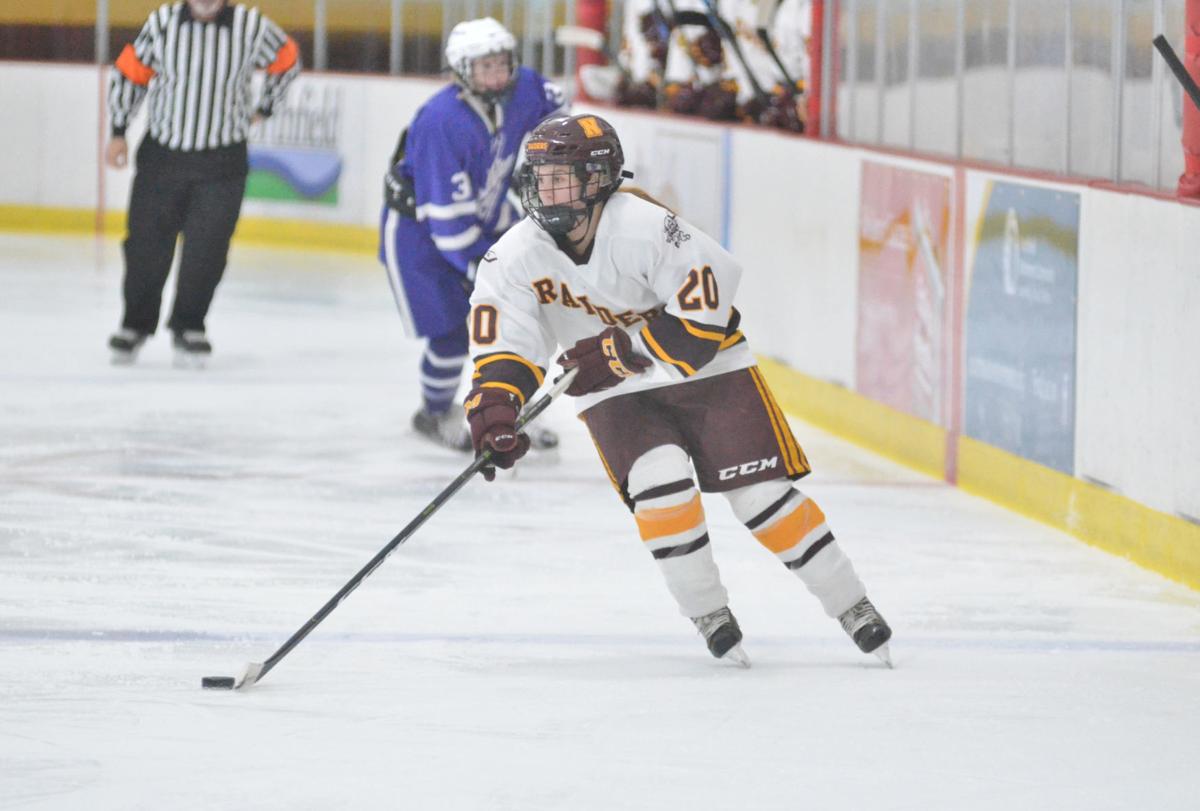 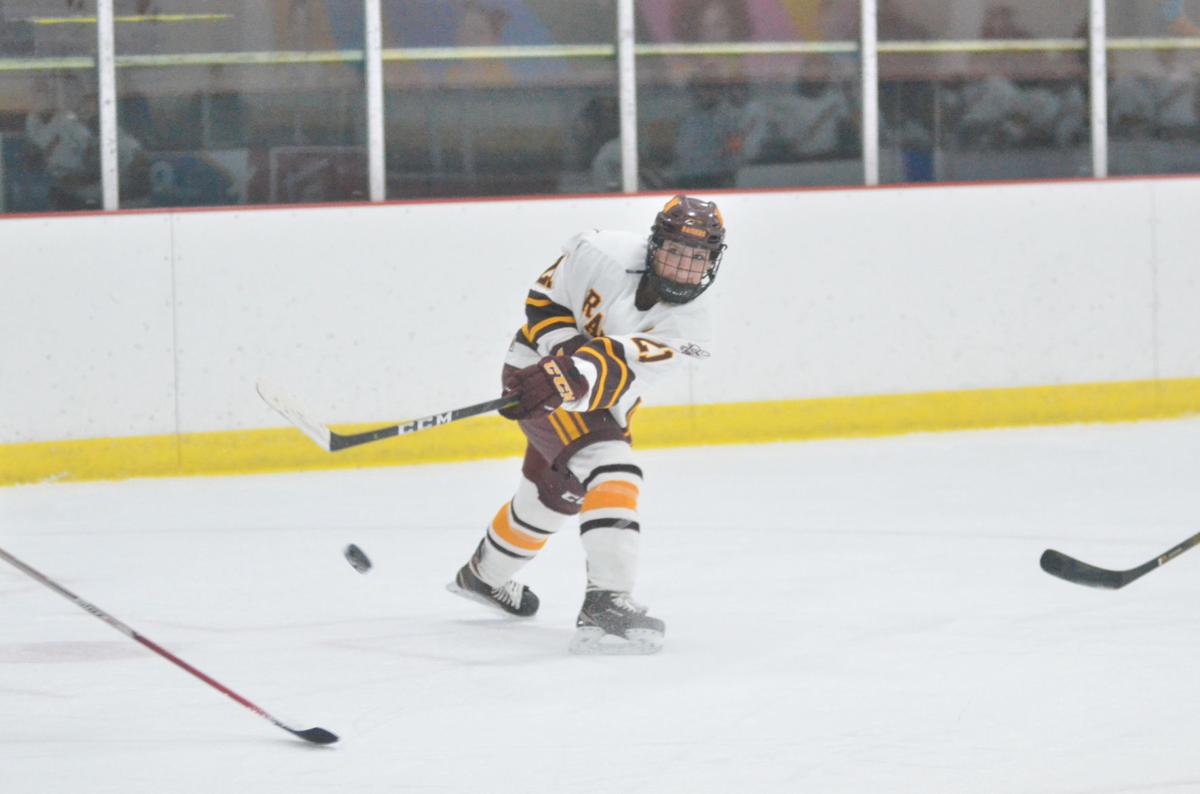 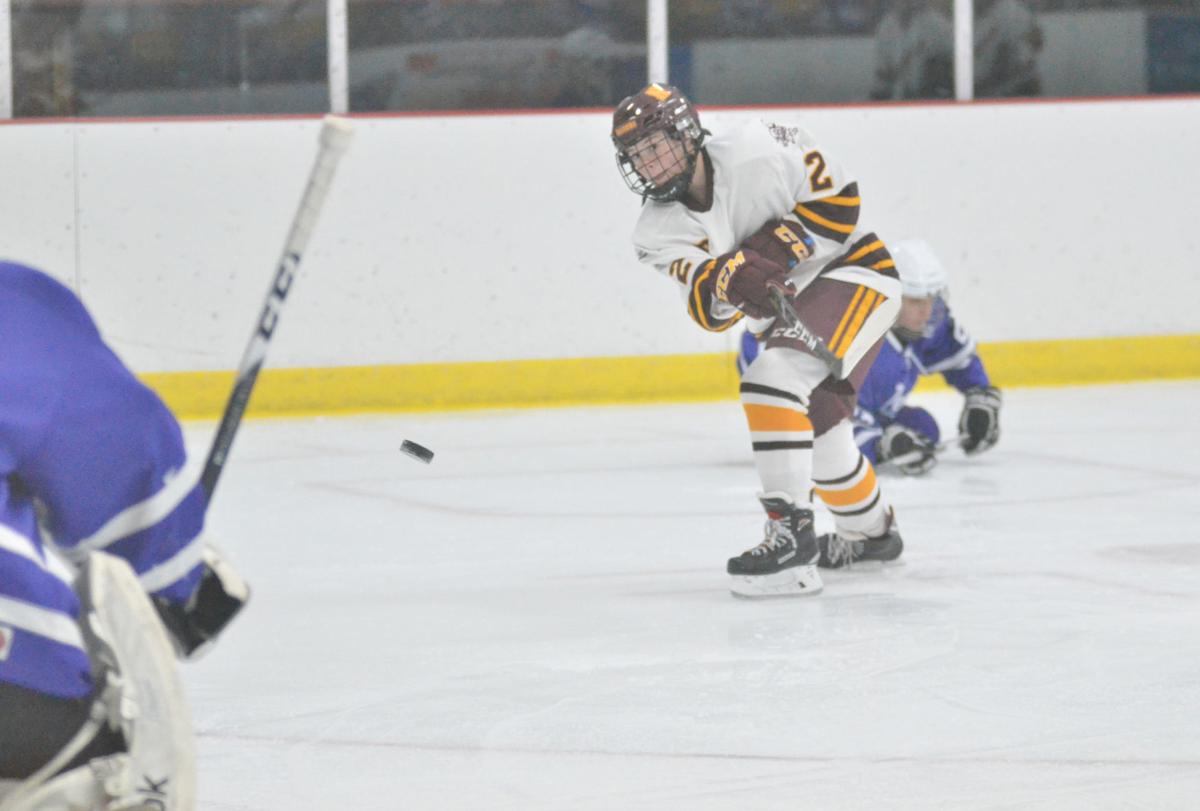 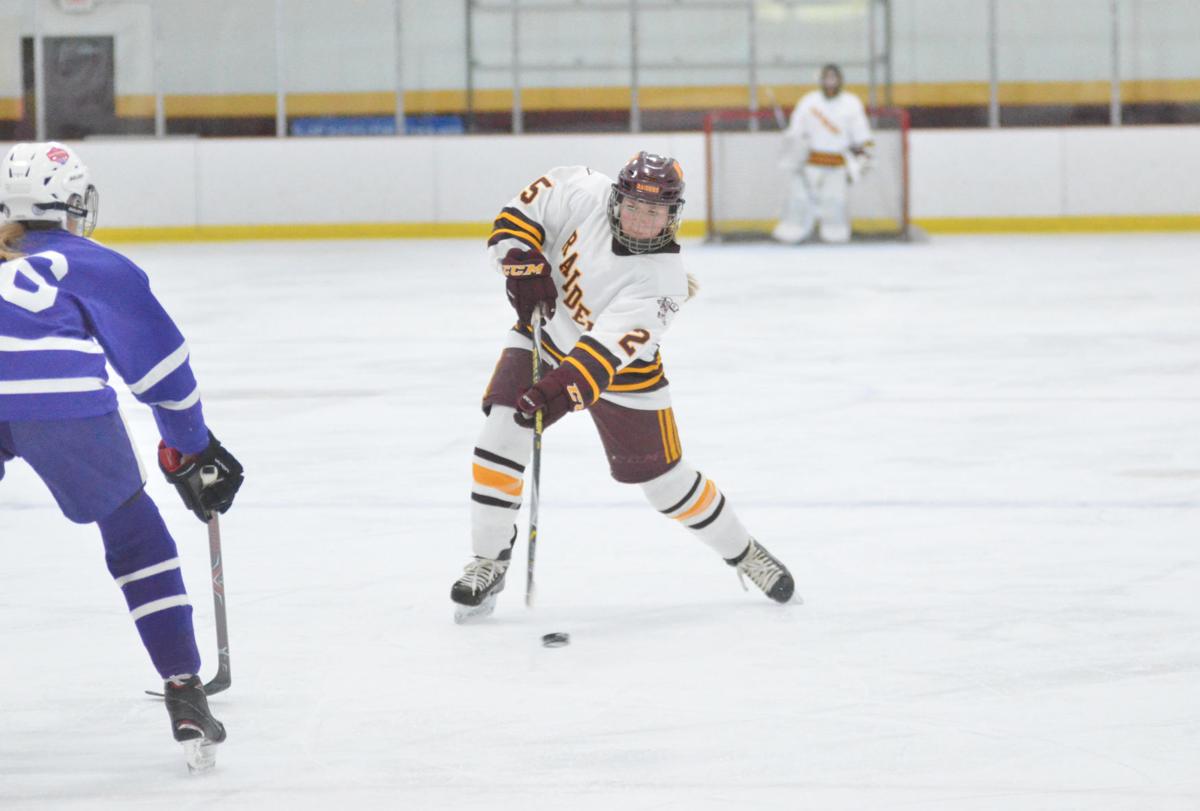 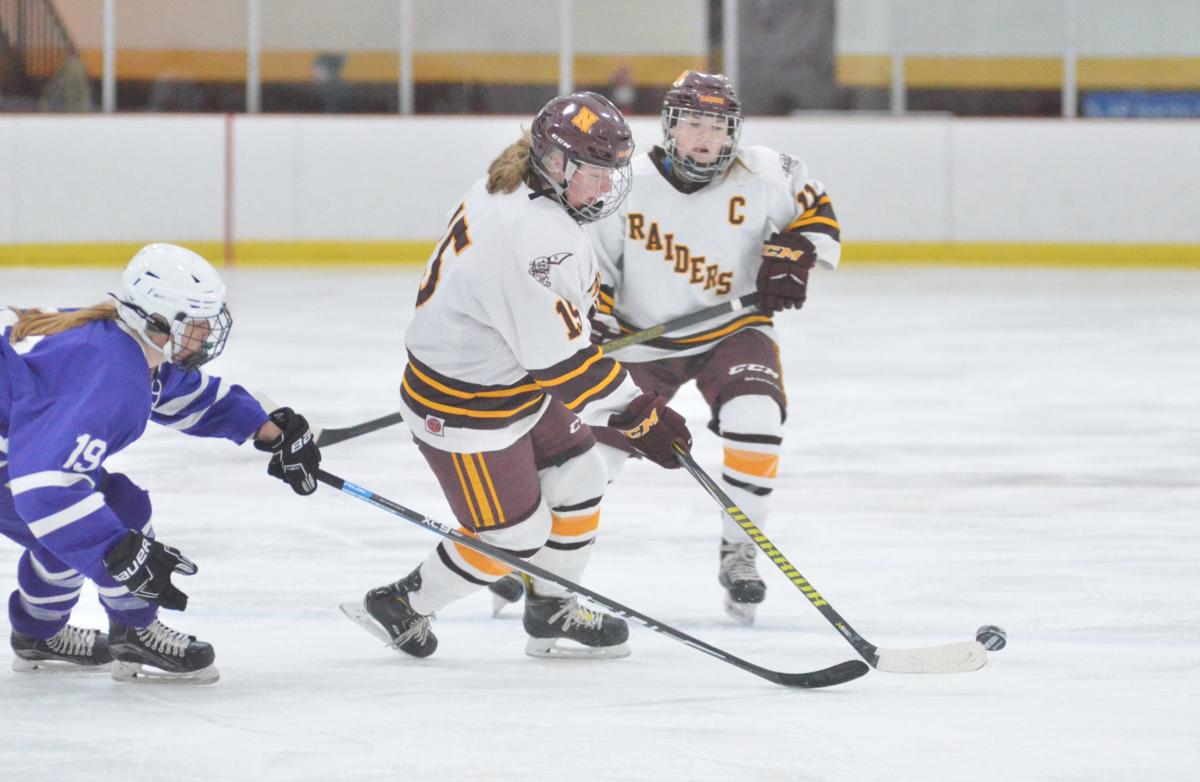 At the end of last season, Paige Haley, then still an assistant coach for the Northfield girls hockey team, delivered more or less the same speech to each player returning this year for the Raiders.

"You gotta work on these things to be better and it's completely up to you if you do it," Haley remembers saying.

One of those players was now-freshman Ava Stanchina, who last year played in 23 varsity games and scored two goals and notched two assists. After Tuesday's 4-1 victory against Red Wing (2-6, 2-2 Big 9 Conference) at Northfield Ice Arena, where she notched her first varsity hat trick and added an assist to complete a four-point night, Stanchina is already up to a team-high eight goals in addition to two assists through five games this year.

"It was a huge jump," Haley said of Stanchina's work over the summer. "She's a strong, athletic, fast kid. She's good at all the other sports she plays and is just very athletic. I think after our conversation at the end of the year last year... She took it very seriously and she did it and she's made a huge jump."

Per Stanchina, she spent the summer working primarily on two aspects of her game. First, she spent countless hours with the puck on her stick to make sure she could transform into a dangerous option for Northfield (5-0, 3-0) attacking the net.

Second, and perhaps most importantly this year, she worked relentlessly in the weight room to allow her to muscle through defenders trying to take the puck off her stick, and turn her into a pest around the crease.

That's where most of Stanchina's damage has come this year.

"I feel a lot better," Stanchina said. "I've definitely gotten stronger and I'm able to handle the puck a little bit more and put it in the net."

Stanchina admits to feeling overwhelmed at times last year during varsity games. Now, with that extra strength, she's the one overpowering the opposition by forcing her way toward the crease to potentially capitalize on any puck that isn't fully covered up by the opposing goalie.

"I like to annoy the goalies," Stanchina said. "I picked it up a lot more this year and just being more physical."

The only drawback so far has been the propensity to be sent to the penalty box for the occasional retaliatory slash, which she was called for Tuesday night for her third infraction of the year. Of course, only 13 seconds after she exited the penalty box she buried the puck in the back of the net for Northfield's first tally of the night with eight minutes, 47 seconds left in the second period.

That goal, plus two more in the third period, helped the Raiders overcome their first deficit of the season.

"I think she understands that if she stands by the net she'll get justice garbage, so she's smart in that regard for sure," Haley said.

"As long as she's not trying to fight kids, we want her presence there because she's big and tall and pisses other teams off, so that's why she's there," the coach added. "Just as long as she's not being a goon about it, otherwise she's totally fine and that's her job."

After only 1:17 of play Tuesday night, Northfield was presented with its first deficit of the season after a puck took an unexpected bounce past a pair of Raider defenders and caught goalie Maggie Malecha out of her net.

"It was a goal right off the first shift and it was a weird bounce that went through two people," Haley said. "Maggie just missed it and it was weird, but stuff like that happens in this game."

Presented with that adversity for the first time, the Raiders were slow to respond, as they trailed 1-0 entering the first intermission and started the third period deadlocked with the Wingers at one goal apiece.

"It's adversity, it's a growing moment, it's learning, and I told them they got lucky," Haley said. "A couple more bad bounces and this is a completely different game, and that's hockey. There's bad bounces sometimes, and that's OK, but I think as a group we didn't play our best game and we're going to learn from it."

That growth might have occurred between the second and third periods, as Northfield emerged from the locker room to tally three third-period goals, first when junior forward Rachel Braun backhanded a shot between Red Wing goalie Hailey Ehlers' legs with 8:52 to play, second when Stanchina tapped home a one-timer off a centering pass from junior forward Jessica Boland with 7:10 left and lastly when Stanchina broke away for an empty-netter with 1:50 remaining.

That allowed the Raiders to ultimately stay undefeated after they outshot the Wingers 40-14 throughout the game.

"Your character shows through in moments like this, and we have a lot of young girls like I've been saying," Haley said. "It's kind of their first time experiencing, 'This is difficult, how do we get through it and still carry out a win, even when it was really hard to do it.'"