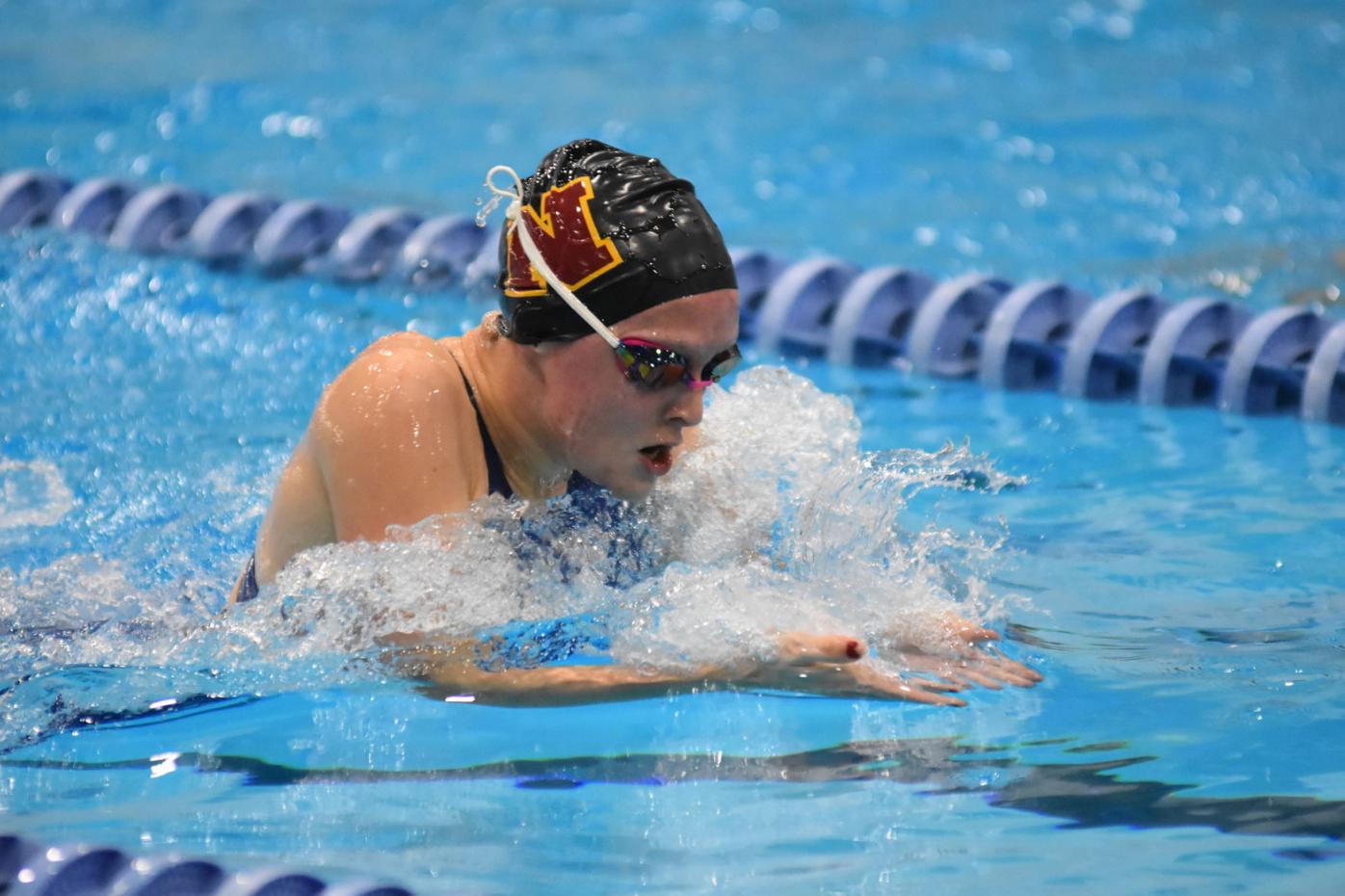 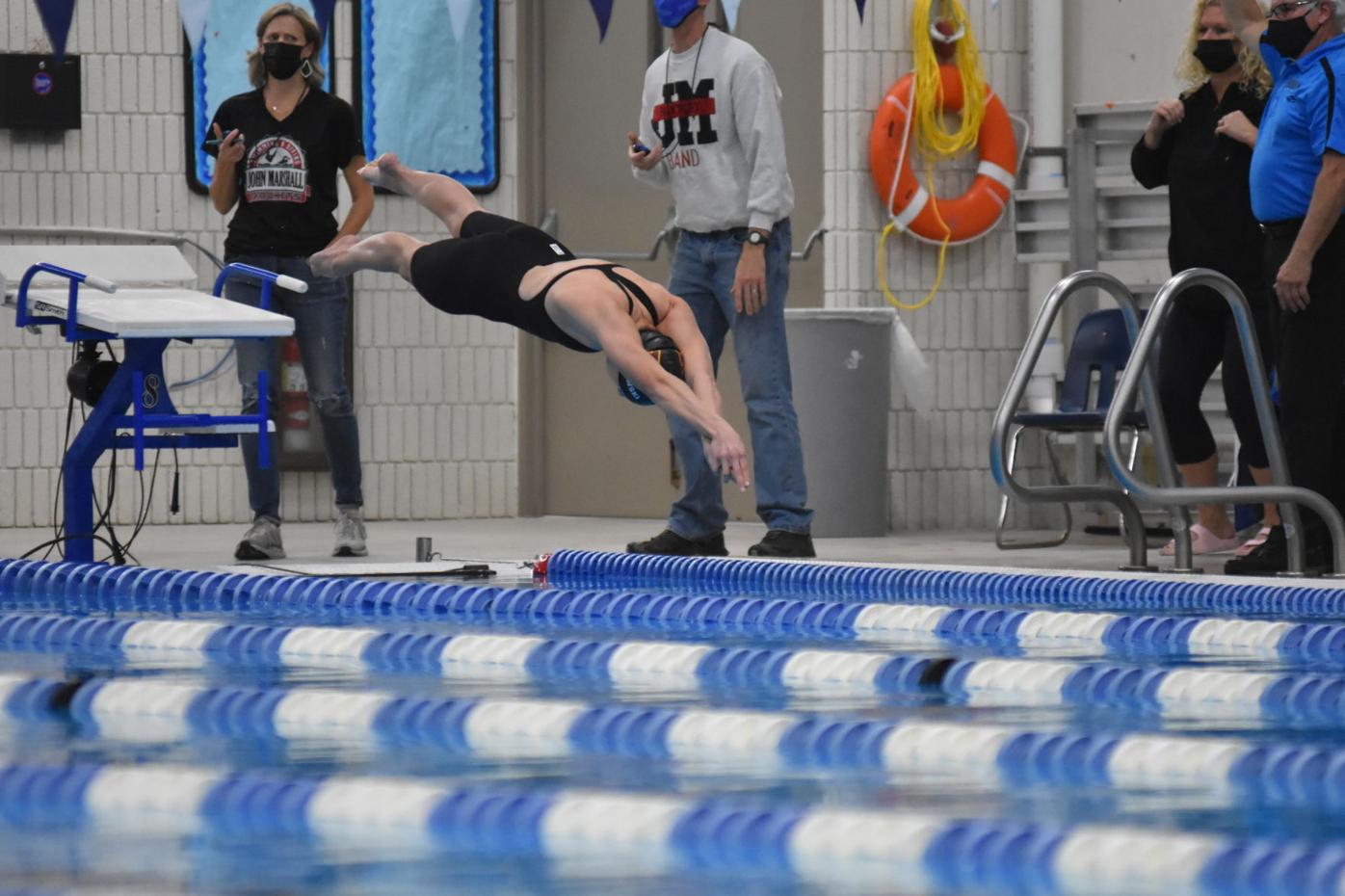 Northfield senior Anna Scheglowski takes off for the start of the 50-yard freestyle during Friday’s Section 1AA swimming championships at the Rochester Recreation Center. (Stephen McDaniel/southernminn.com) 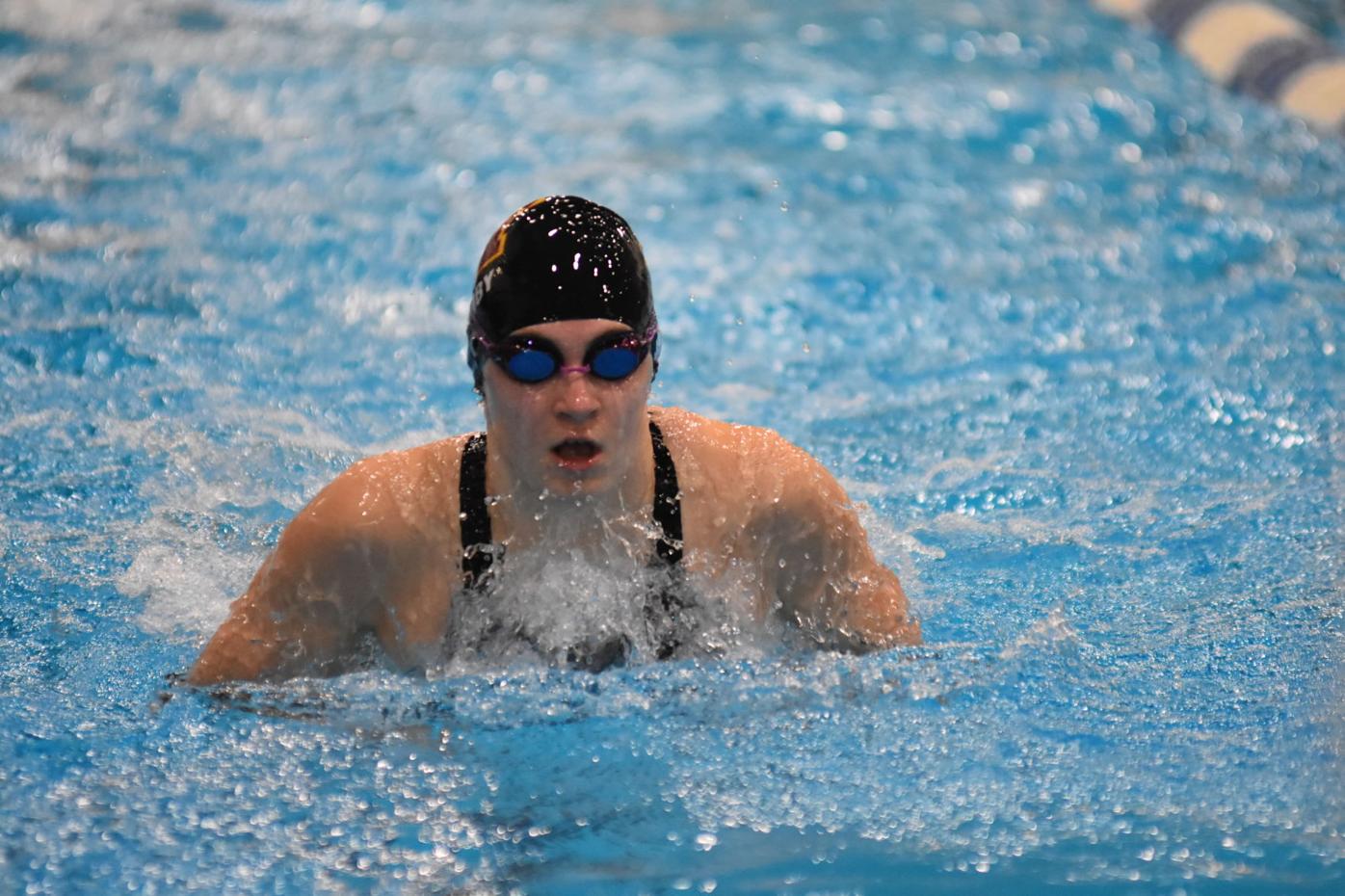 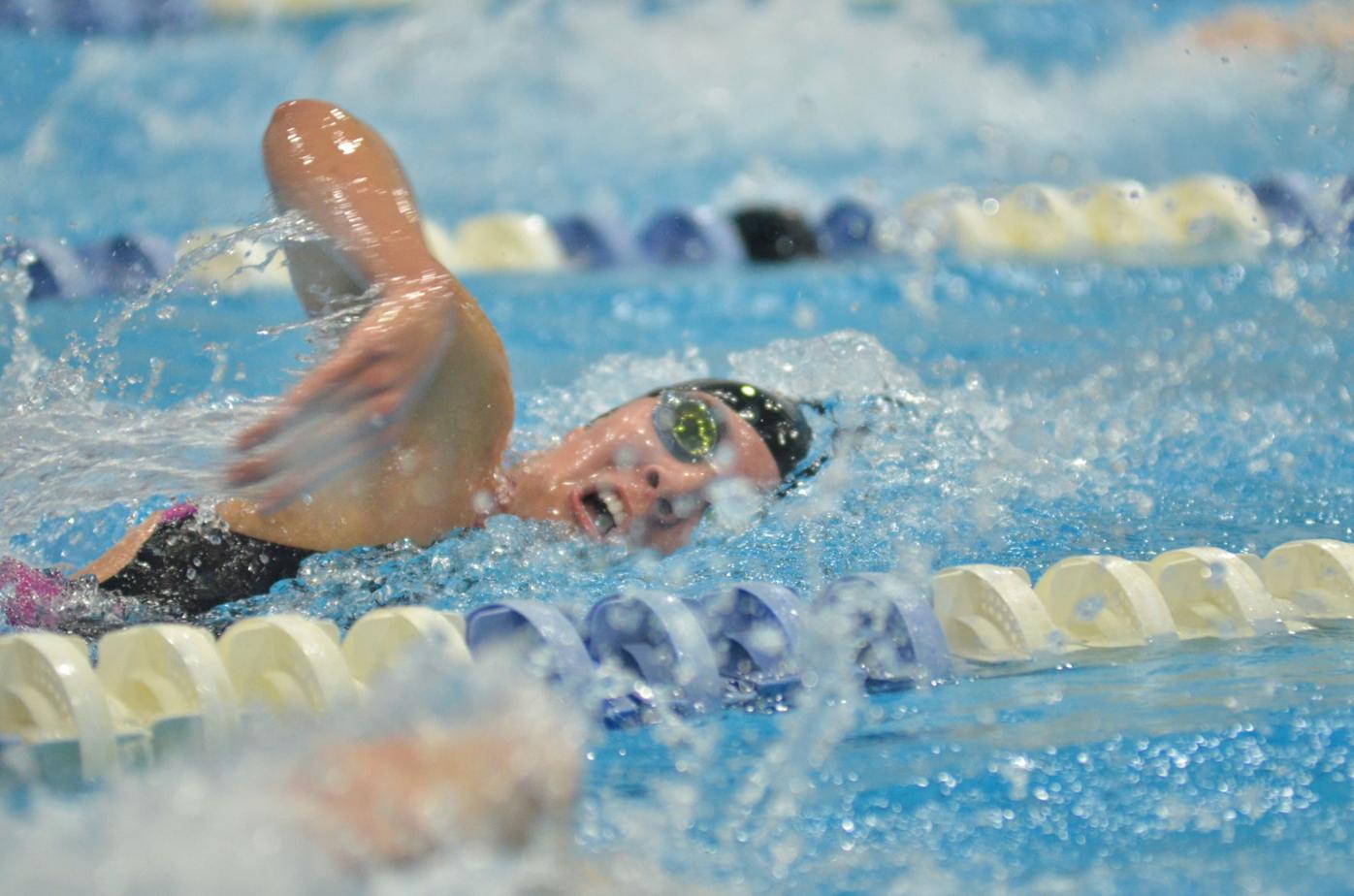 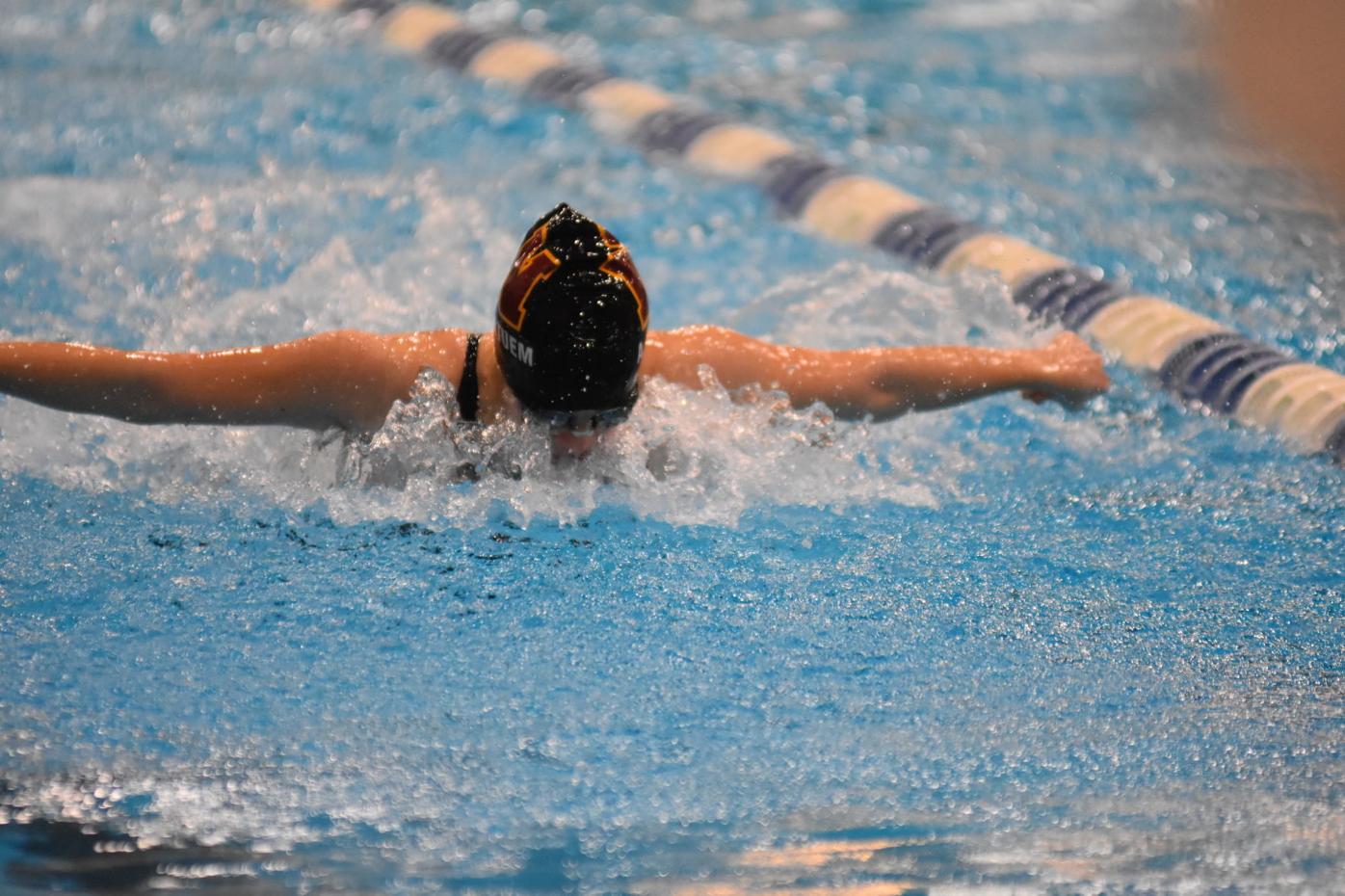 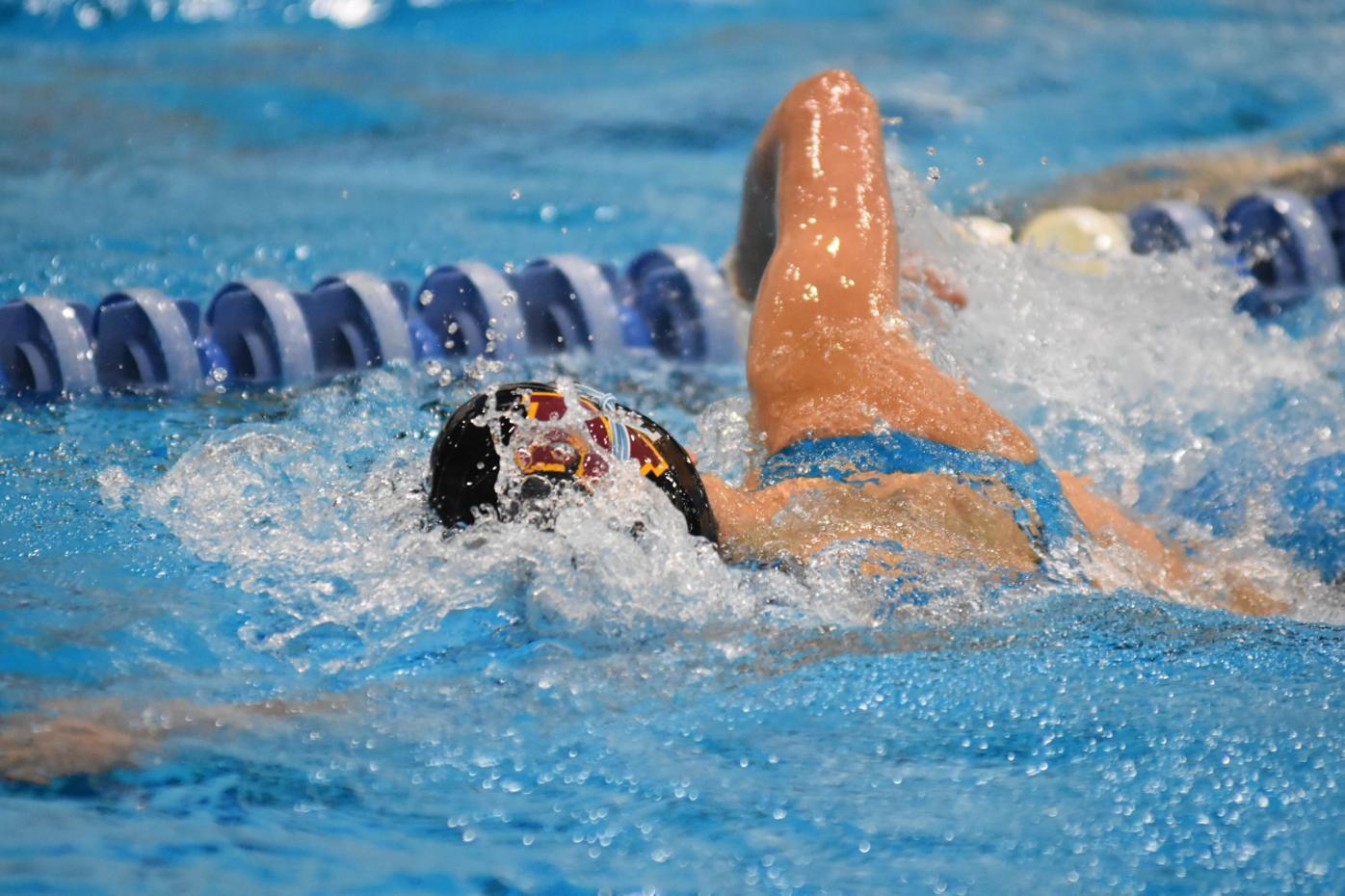 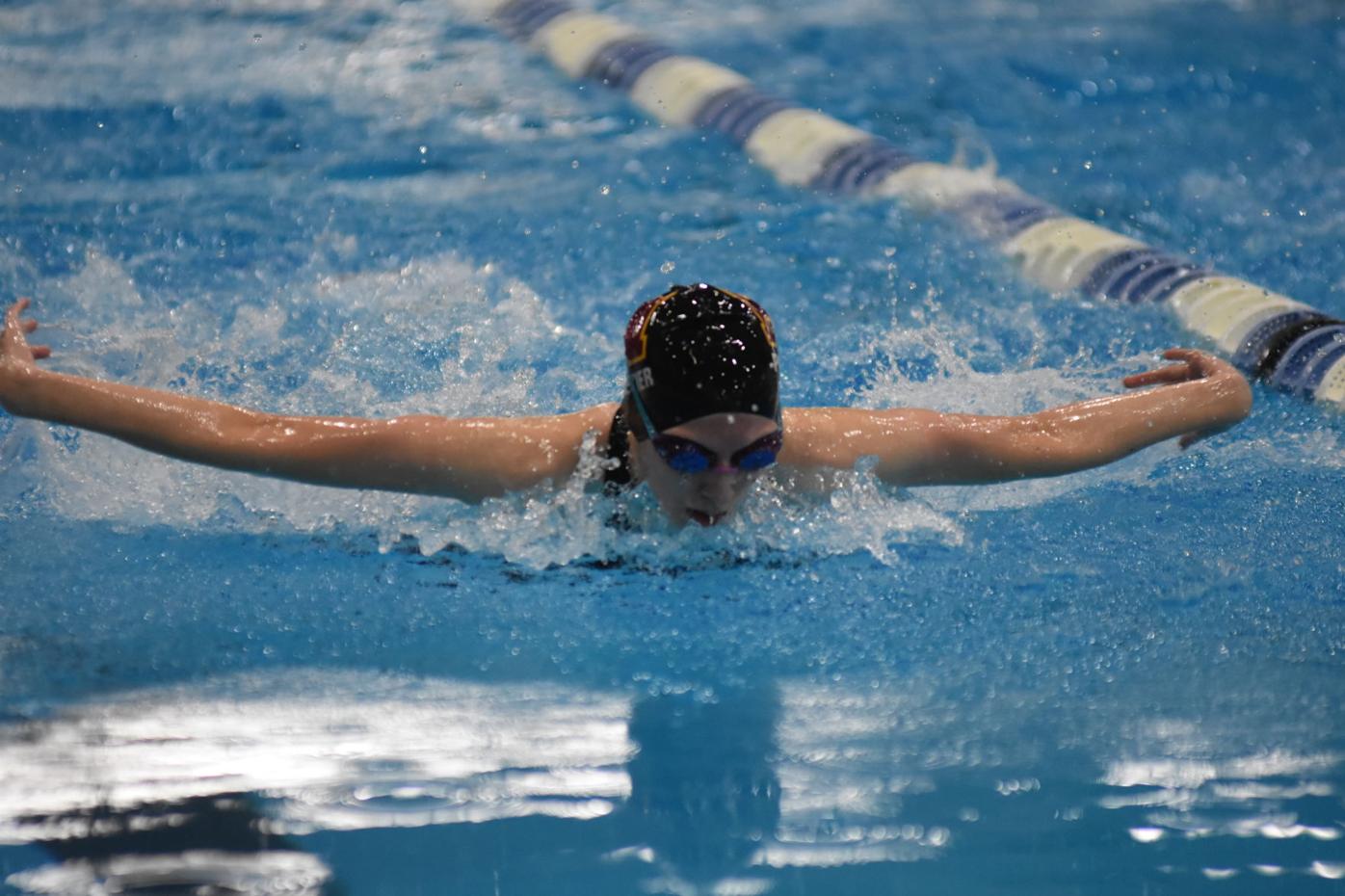 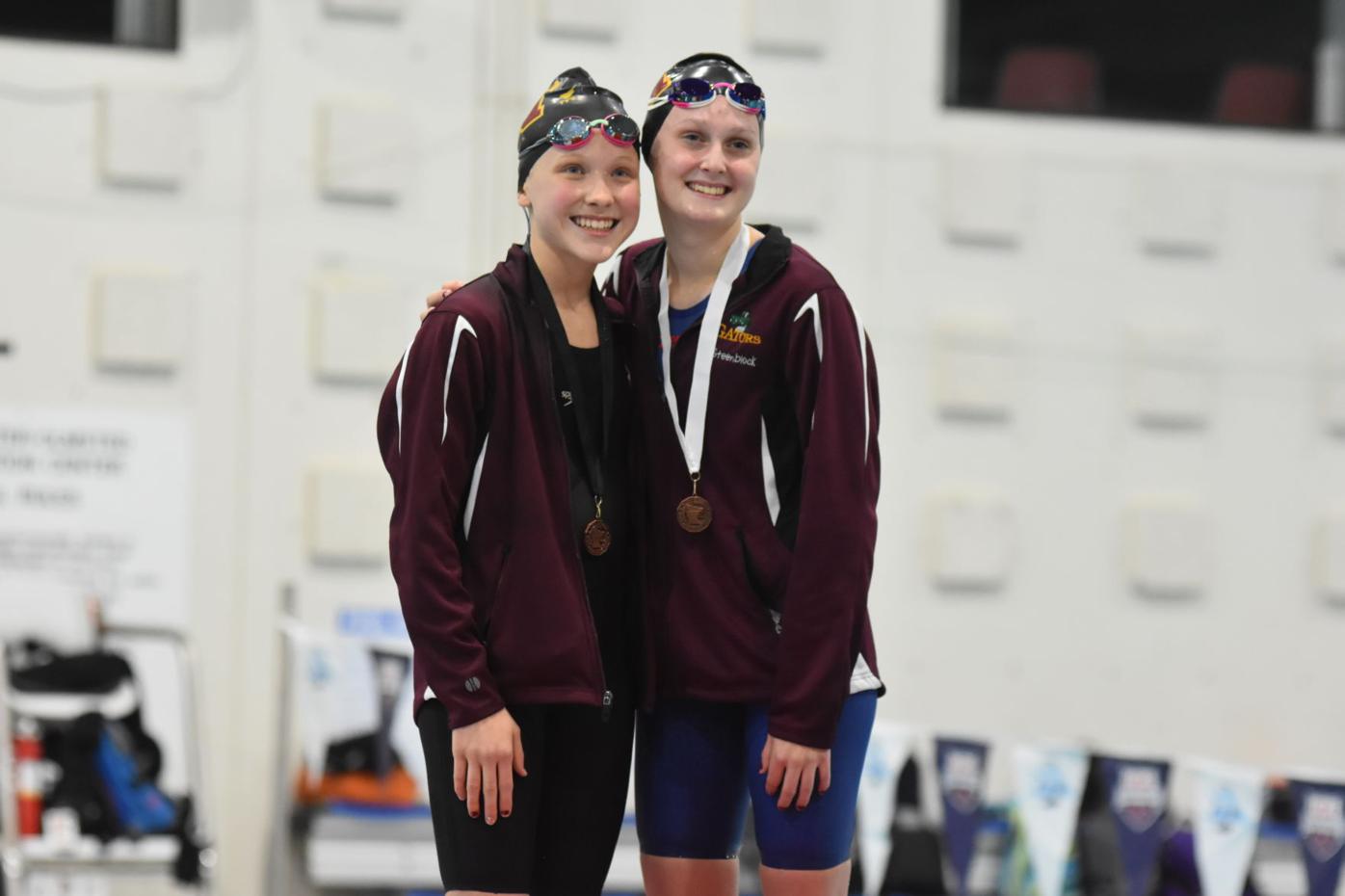 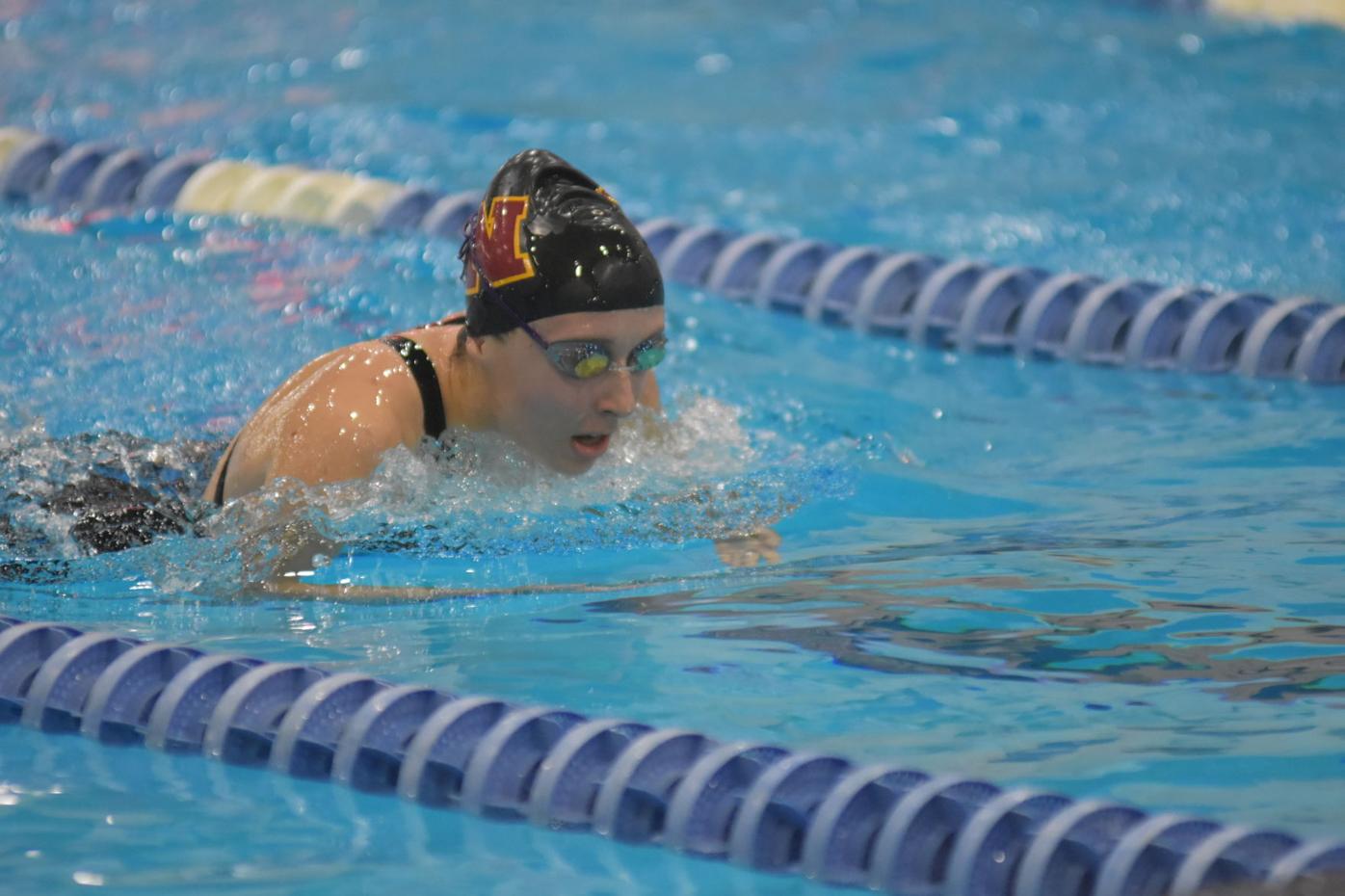 Northfield senior Anna Scheglowski takes off for the start of the 50-yard freestyle during Friday’s Section 1AA swimming championships at the Rochester Recreation Center. (Stephen McDaniel/southernminn.com)

Standing behind the starting blocks for the 200-yard medley relay — the first race of the meet — Steenblock’s goggles snapped while she was strapping them on. As the swimmer of the backstroke and the first leg of the relay, the Raiders senior had to dart back to Northfield’s team area on the side of the pool, snag her back-up pair of goggles and scurry back to the starting blocks before the public address announcer finished introducing each team.

“I probably had like a minute,” Steenblock said. “It was enough time to get back there, but it definitely freaked me out a little bit … It gave me an adrenaline rush and just kind of snapped into the zone.”

Typically, only the top two teams advance to state, but the time of 1 minute, 49.79 seconds beat the state standard of 1:50.22 to automatically qualify for state.

“I kind of knew right away,” Sundby said. “I had it in my head and they also have (the state standard) up on the board, too, so that helps.”

That state-qualifying swim was the culmination of more than a season’s worth of work together, the quartet say. After entering the Section 1AA meet with a seed time of 1:53.37, the Gators dropped nearly four seconds to slide underneath the state standard to extend their season for another week.

That’s after the 200 medley relay finished in a state-qualifying position last year, when there was no state meet.

“I’m just excited to be up there,” Scheglowski said. “We’re fortunate enough to have that opportunity, and I’m just so grateful for all this team has given me. I’m just going to go out there and swim and have fun while we’re at it.”

For each of the four swimmers, the Class AA state meet — which has the preliminaries Friday night and the finals Saturday night at the University of Minnesota — is the final act of high school swimming for the crew.

Scheglowski, Steenblock and Sundby are all graduating, while Myint is planning on studying abroad next fall, making her junior season her last in the pool.

“It felt like a last hurrah for all of us,” Myint said. “We’re all on the same page, it was a last big meet and we all swam really well. It was a good note to end on.”

Northfield is in a position to reach a number of goals this week in Minneapolis. First, the Gators are seeded 17th in the state based on their section time. The top eight teams from Friday’s preliminaries advance to the championship finals, while the next eight teams advance to Saturday’s consolation finals.

“Obviously I’d like to move up,” Sundby said. “We’re seeded 17th, so one spot out (of the consolation finals). Get that top 16 and then go further from there is one of my goals.”

Secondly, after the section time drop, Northfield is suddenly approaching the school record for the event, set back in 2019 by a team of Scheglowski, Sundby, Tatum Hauck and Ellen Varley with a time of 1:49.37 — about three tenths of a second faster than this year’s section time.

“We’re close to that school record, so we’ll see if we can pull it out,” Steenblock said. “It would be kind of fun. Two of the girls who already have the school record and the pool record are on this relay with us, so they have that experience. We’ll go for it and we’ll do the best we can, but it’s just about having fun. This is my last high school meet ever, so just trying to make it count.”

That last part about enjoying the state meet was a goal of all four swimmers.

“It’s fun to swim with girls I’ve known for so many years,” Myint said. “It just felt right because we’ve been practicing all season with the same relay and the same people. We really got it down to a T and it was great to see the whole team lined up on the side cheering for us.”