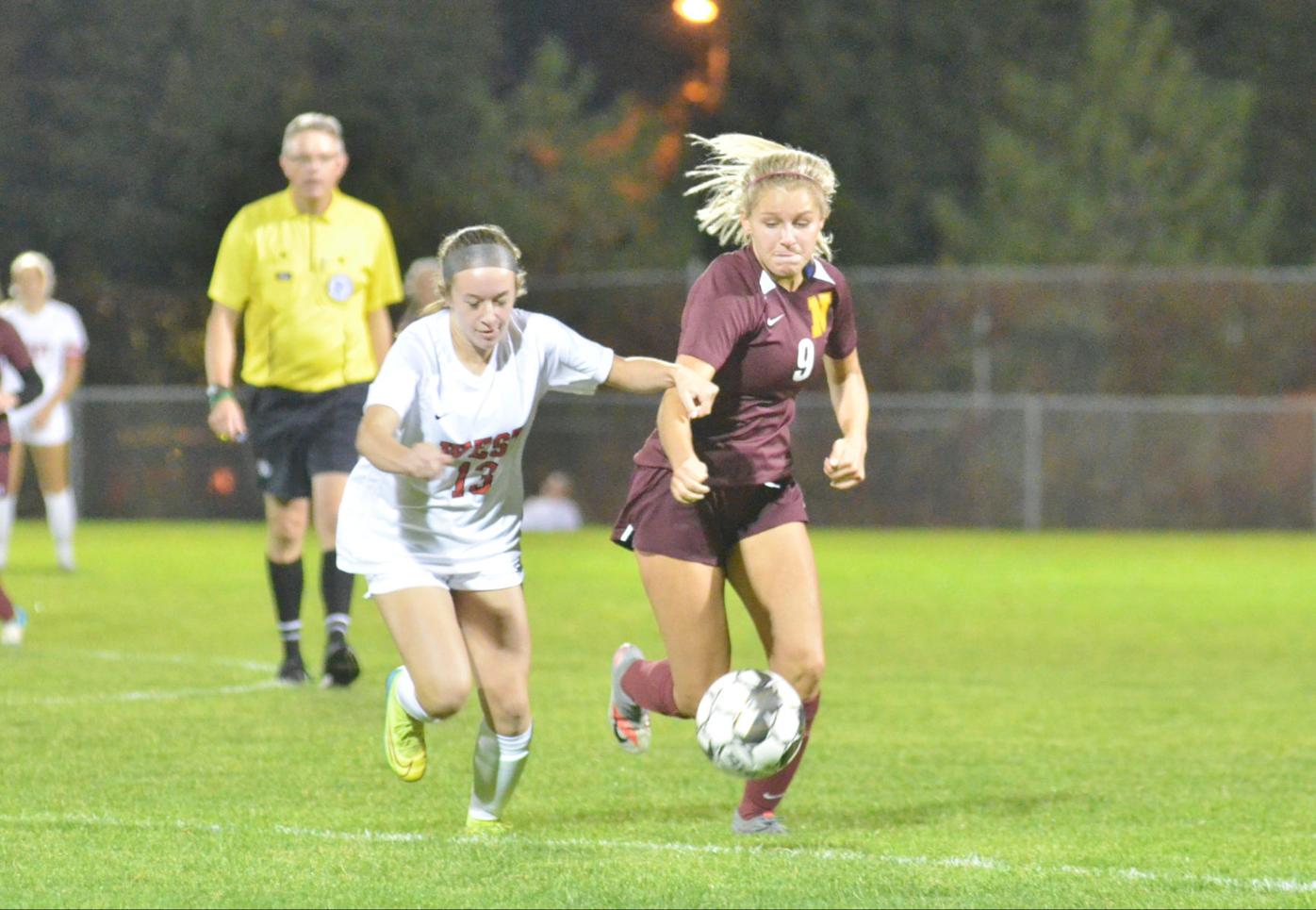 Northfield senior forward Maddie Smisek battles for possession against a Mankato West player during Tuesday's 3-1 defeat at Northfield High School. Smisek picked up the assist on the one goal for the Raiders. (Michael Hughes/southernminn.com) 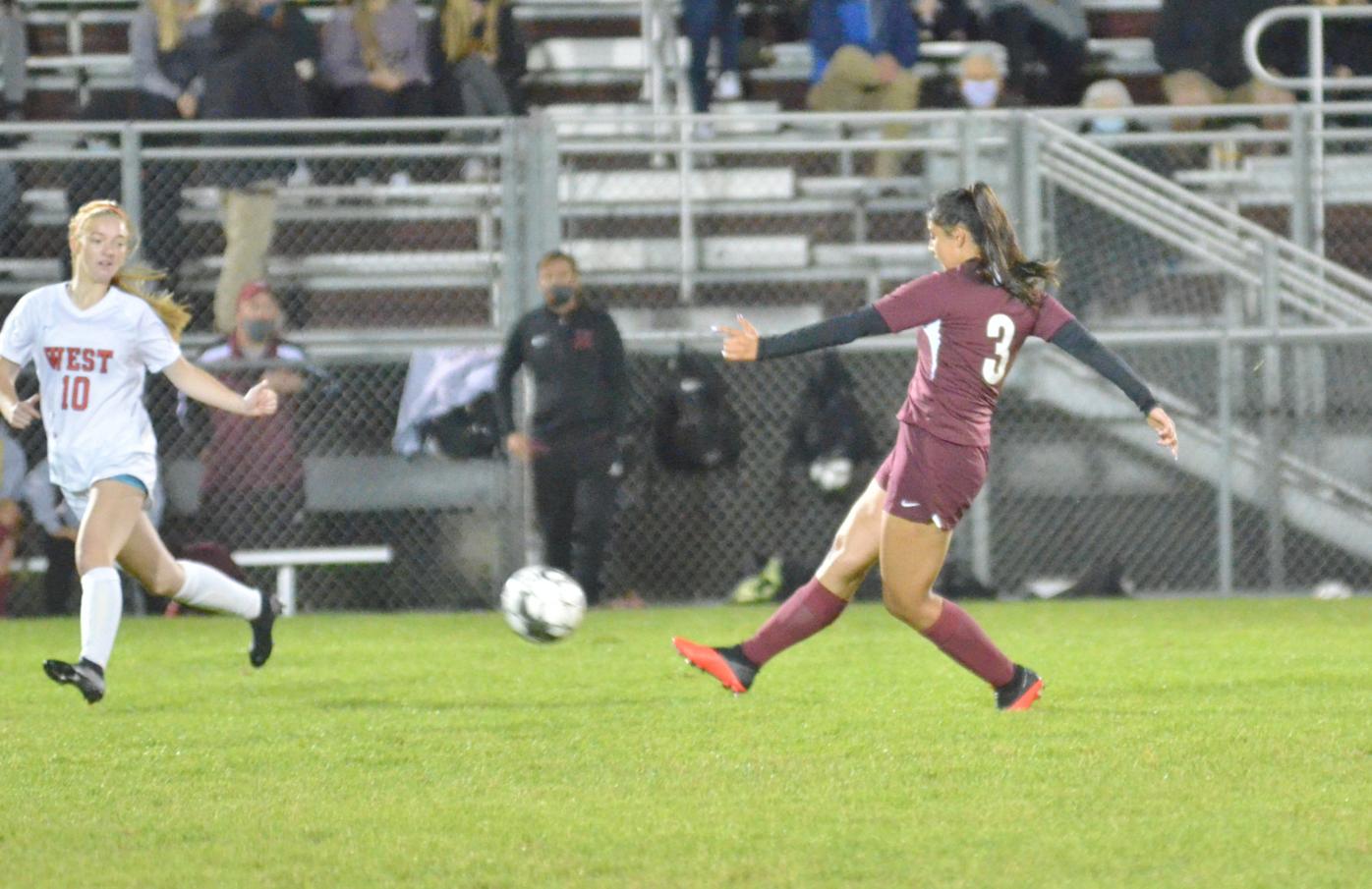 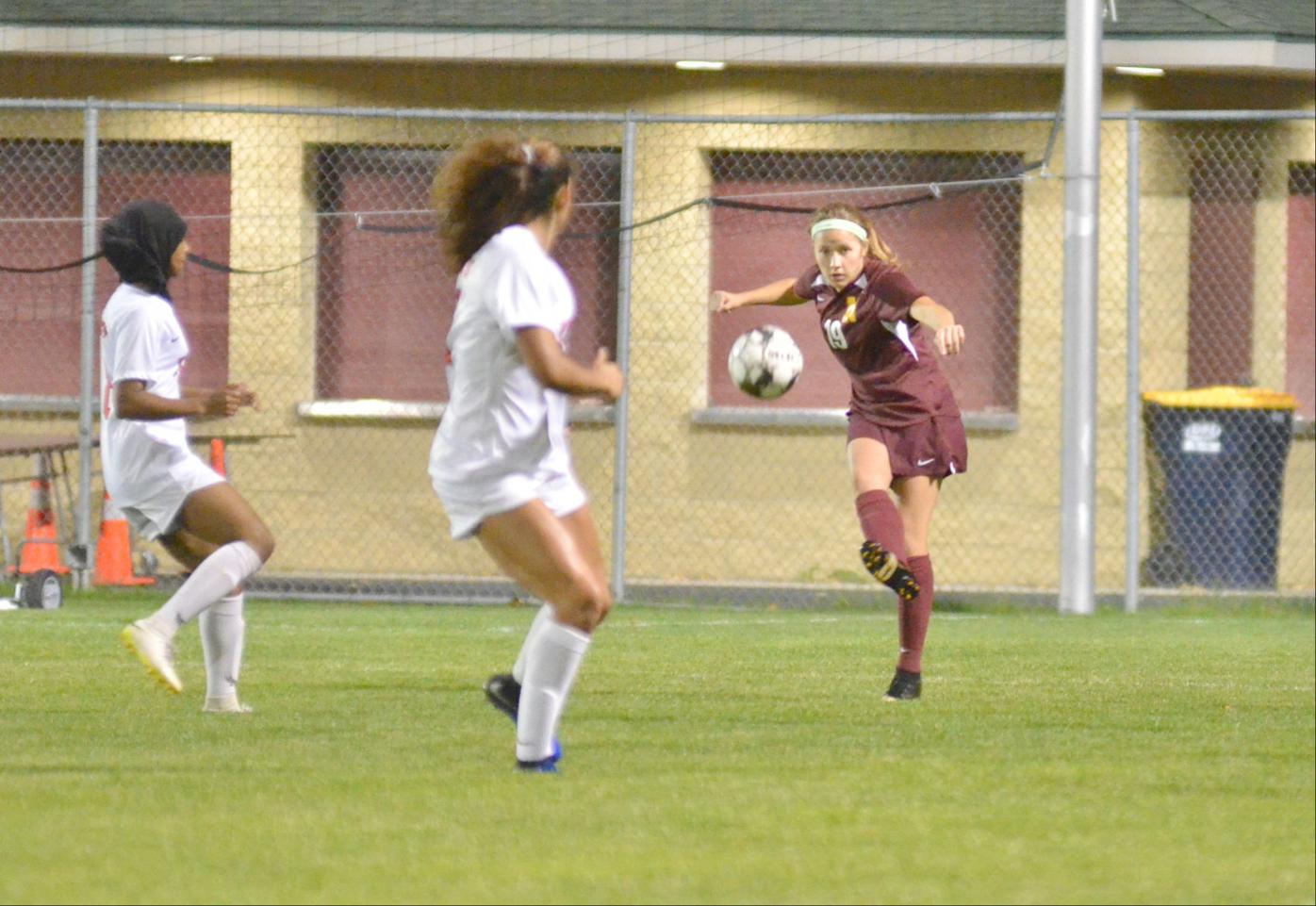 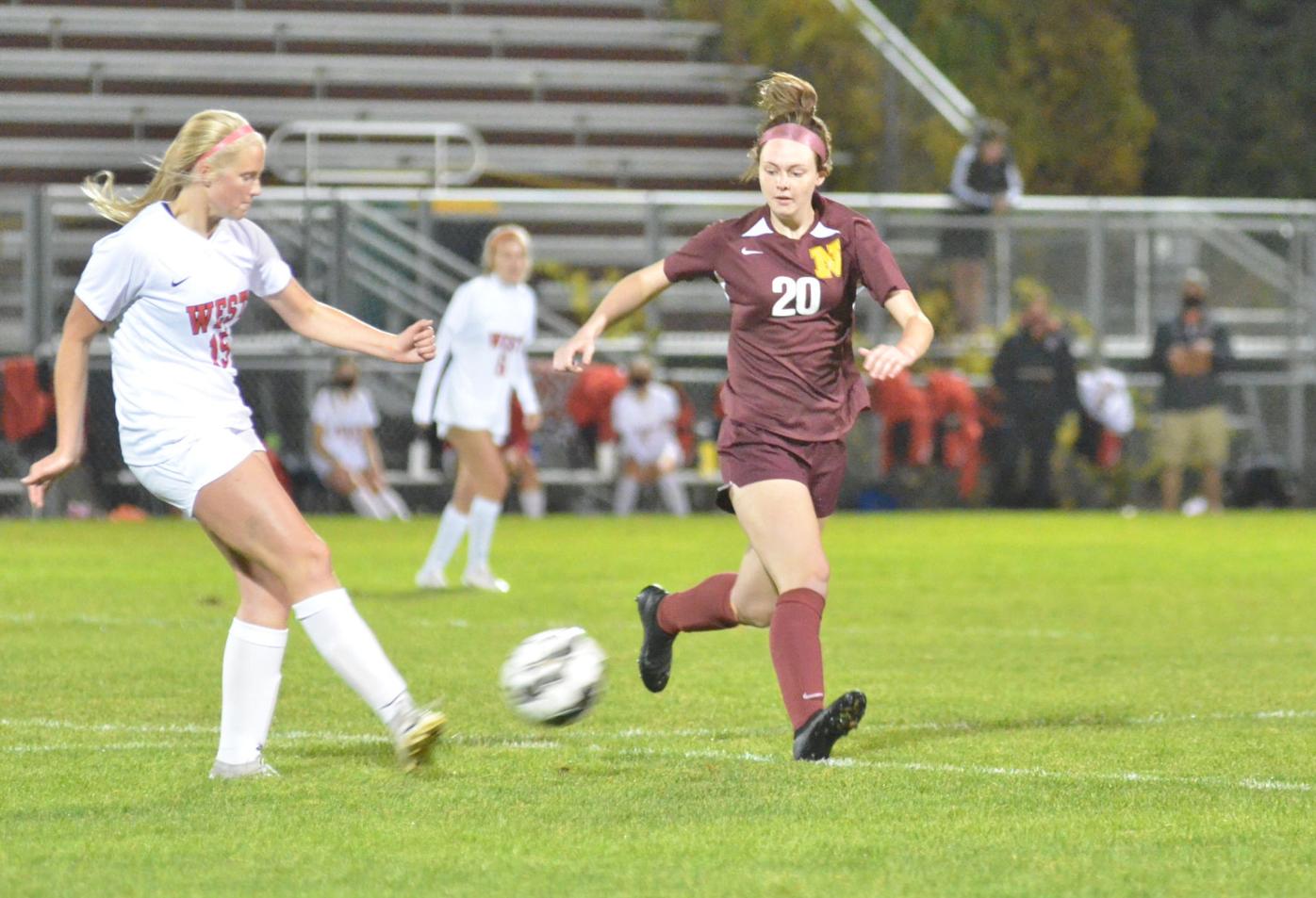 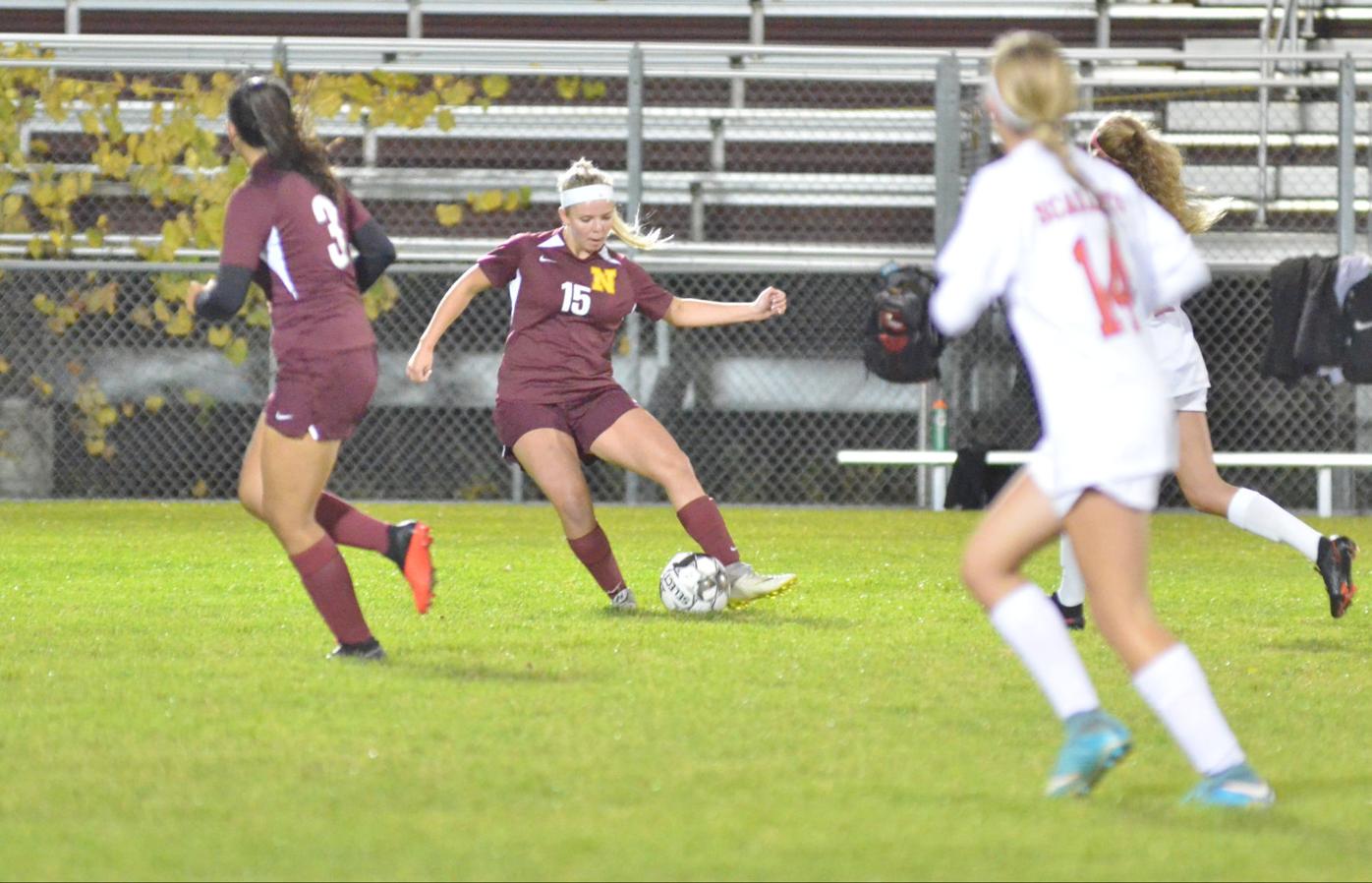 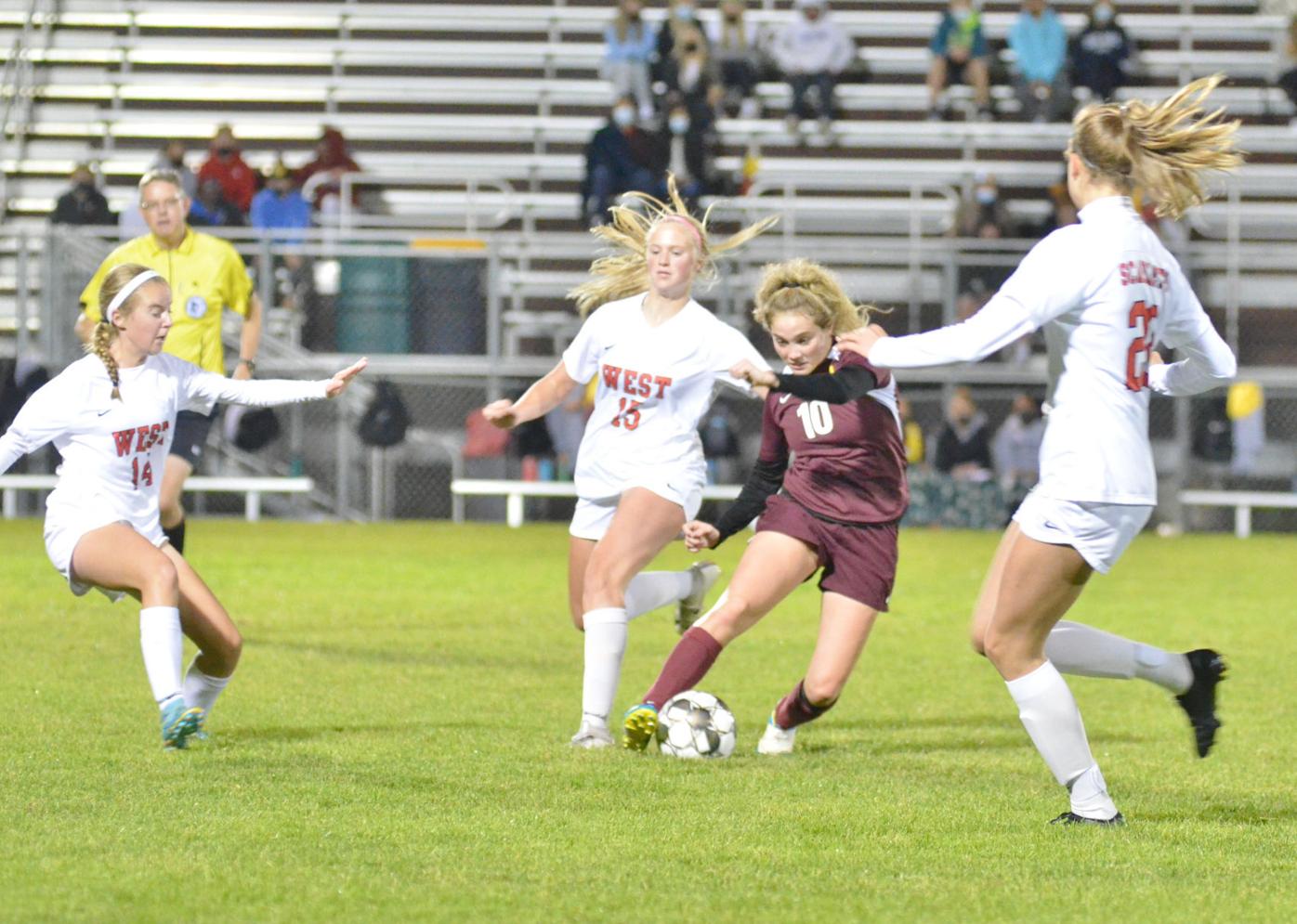 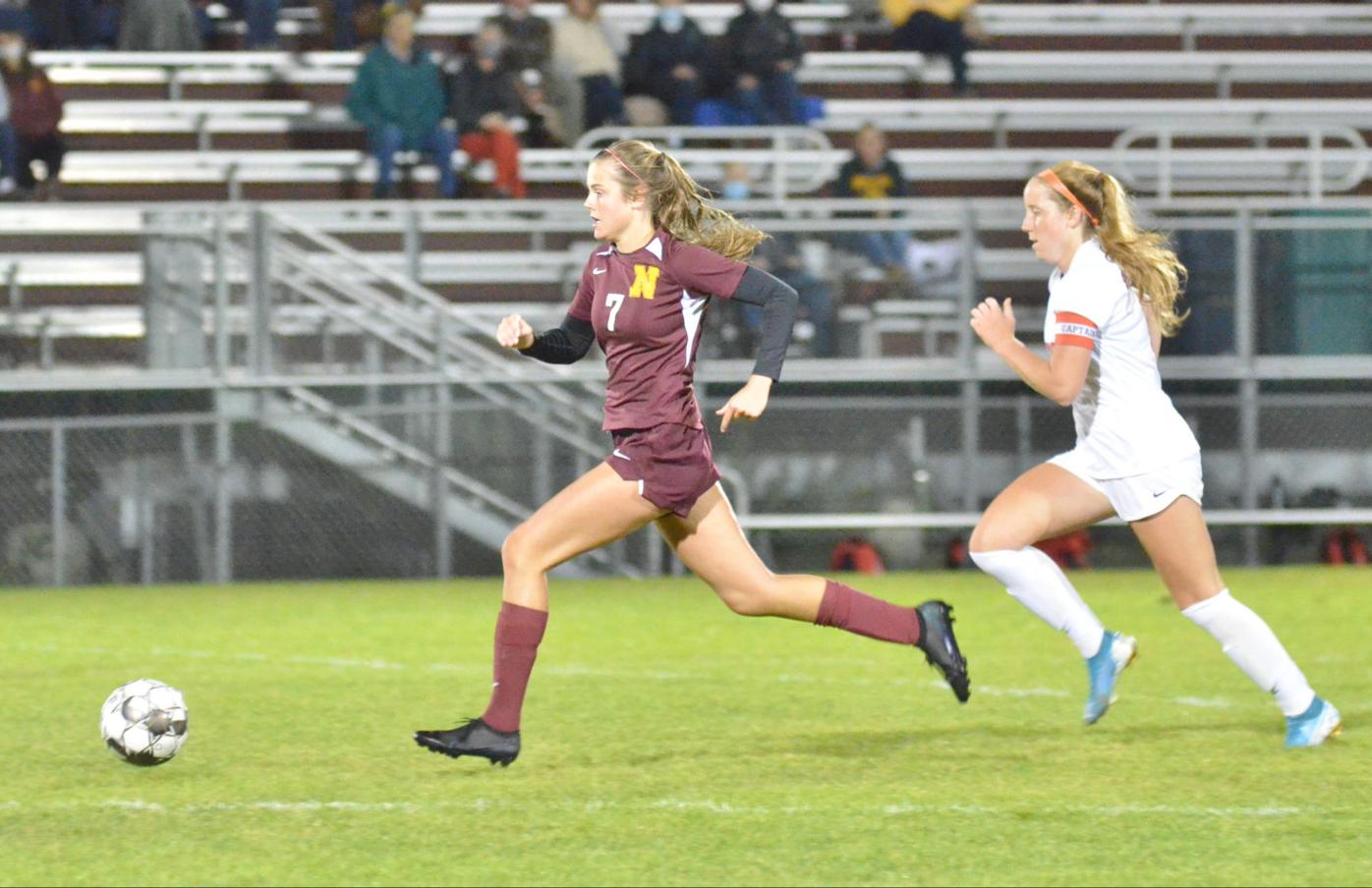 Northfield senior forward Maddie Smisek battles for possession against a Mankato West player during Tuesday's 3-1 defeat at Northfield High School. Smisek picked up the assist on the one goal for the Raiders. (Michael Hughes/southernminn.com)

Counting Tuesday's loss, Mankato West has defeated Northfield seven out of eight times in the past seven years, with the one exception a 3-3 tie in 2017.

The Scarlets scored first Tuesday with a looping shot that snuck underneath the crossbar with about 10 minutes remaining in the first half. Mankato West then stretched its lead to 2-0 with an open header five yards from the goal 10 minutes into the second half.

The Raiders decreased the deficit to 2-1 with 24 minutes remaining, when sophomore Ava Stanchina was able to volley a cross from senior Maddie Smisek past the goalie at the near post.

Northfield was unable to produce an equalizing goal, however, before Mankato West stretched its lead to 2-1 with 2:58 remaining.