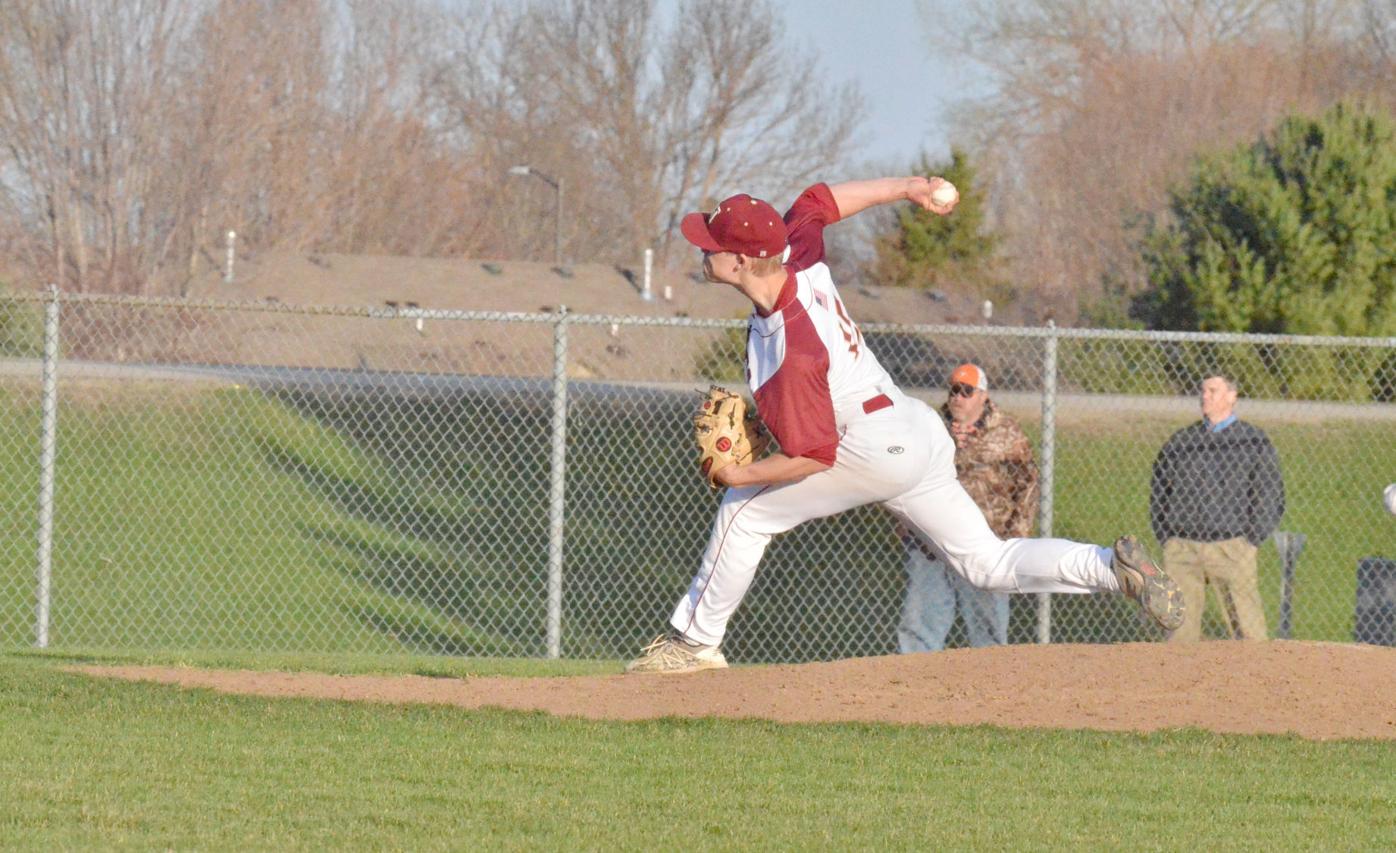 Northfield junior Joey Malecha emerged as a freshman closer two seasons ago for the Raiders. Now, he’s part of a junior and senior-laden pitching staff with plenty of velocity. (File Photo/southernminn.com) 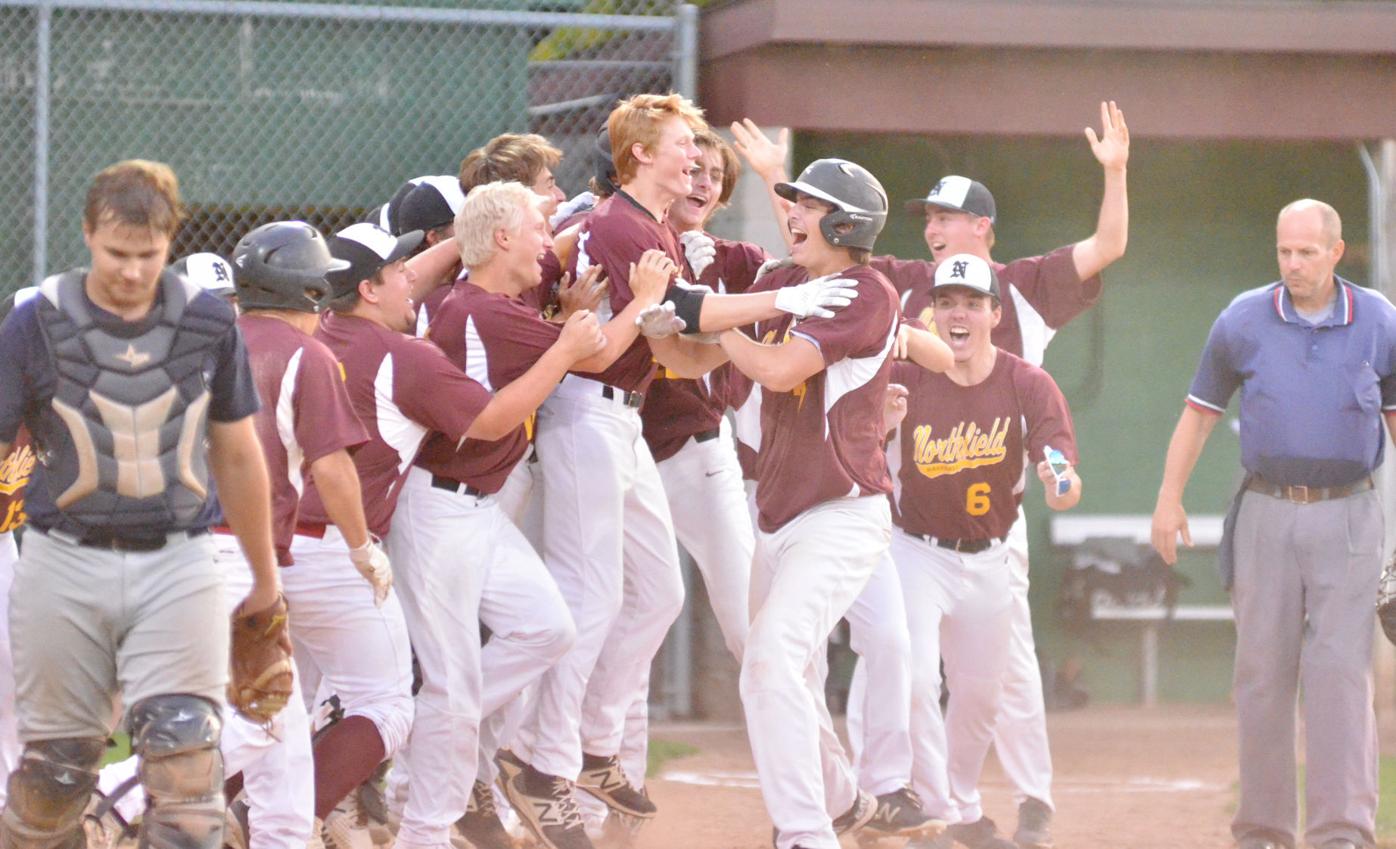 Northfield senior Ethan Lanthier (center with helmet on) is part of a large senior class that doesn’t have much in the way of varsity experience, but has had plenty of success at the lower levels and in summer baseball. (File Photo/southernminn.com)

Northfield junior Joey Malecha emerged as a freshman closer two seasons ago for the Raiders. Now, he’s part of a junior and senior-laden pitching staff with plenty of velocity. (File Photo/southernminn.com)

Northfield senior Ethan Lanthier (center with helmet on) is part of a large senior class that doesn’t have much in the way of varsity experience, but has had plenty of success at the lower levels and in summer baseball. (File Photo/southernminn.com)

Northfield baseball is light on varsity experience. It also appears to be loaded with talent.

That type of dichotomy is possible after the 2020 season was canned and a pair of large senior classes graduated in 2019 and 2020. As the season is scheduled to start Thursday at Owatonna, the Raiders feature only senior Gunnar Benson and junior Joey Malecha as varsity returners, with Benson operating as a mid-rotation stater in 2019 and Malecha as the team’s closer down the stretch that season.

Joining them this season is a group of juniors and seniors that have experienced loads of success at the junior varsity level and during summer ball, whether that was with Northfield-based teams or with club teams.

“We’ve got as good a team as I’ve had since I got here in 2016,” Northfield coach Mark Auge said. “Especially pitching wise, we’re incredibly deep. Even though it’s going to be a senior dominated lineup, there’s going to be some juniors that help us out.”

All three of Malecha, Lanthier and Stanchina are set to headline a deep and hard-throwing rotation, while Mellgren is penciled in as the everyday starting catcher.

“Ethan’s really picked up his velocity and he’s grown about six inches in the past year, so he’s a pretty big boy, he’s strong and he can throw hard,” Auge said. “So can Joey and Cole can throw pretty hard, too, so we’ve got three pretty hard throwers right there. Blake Mellgren behind the plate is a senior and a pretty good leader.”

Add Benson to that mix, as well as senior Tyler Nelson, senior Oliver Blundred, senior Ryan Bell and junior Nolan Stepka, and the Raiders appear to have more than enough arms to handle whatever five-game weeks the spring sports calendar tends to deliver.

Each of those players can contribute offensively, although Auge said in early live batting practice sessions Northfield’s pitching generally beat out its hitting, but that’s typical most years before timing at the plate starts to set in.

How that all matches up with the rest of the Big 9 Conference and Section 1AAAA, which Northfield is competing in for the first time this season, remains to be seen.

If Mankato West’s junior class is as dominant as it was during the football and basketball seasons, the latter of which just wrapped up last week in the Class AAA state tournament, the second scheduled game of the season should provide a decent measuring stick.

“We played them in a summer league at Mankato and they were really, really good and I know that Bubba (Sullivan) talked about them having a strong junior class in football and they were pretty decent in basketball, too,” Auge said. “They’re good. They’d be a team where we’ll know where we’re at the second game of the season when we play those guys.”