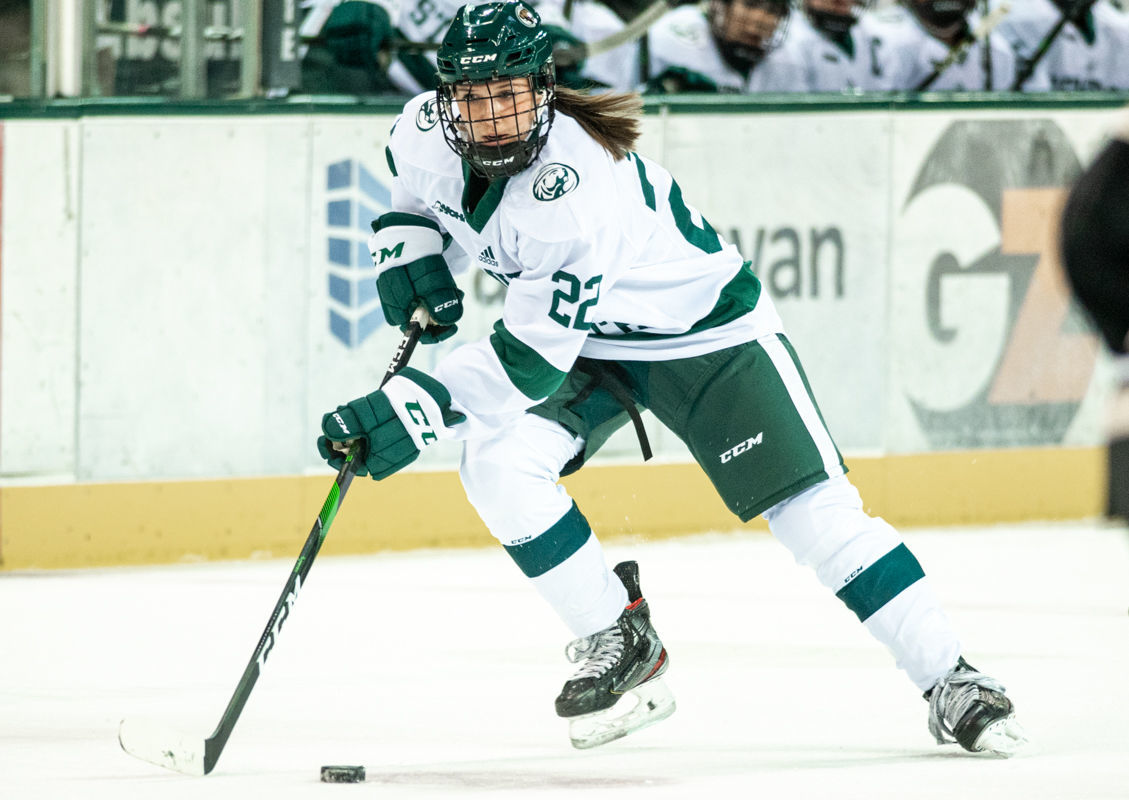 Kate Boland played in 21 of Bemidji State’s 37 games during her freshman season for the Beavers. Boland, a 2019 Northfield High School graduate, is the first Raider to play Division I women’s hockey. (Photo courtesy of BSU Photo Services) 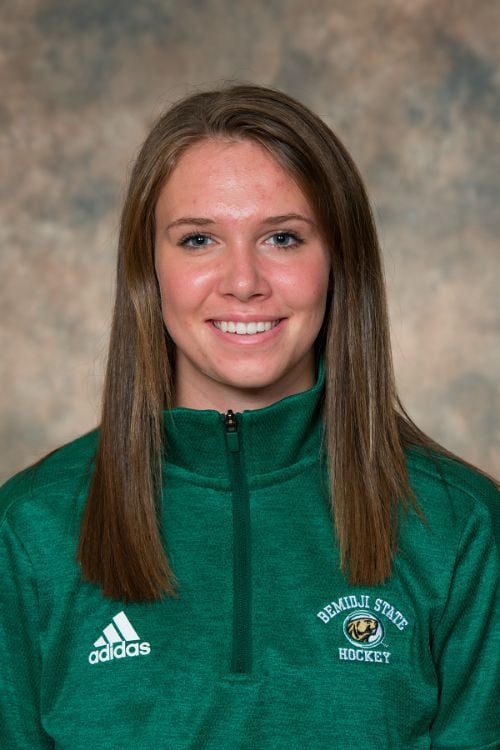 There were no illusions of stepping onto to the ice and dominating college hockey the same way she did in high school.

Kate Boland, a 2019 Northfield High School graduate, was a freshman this year for the Bemidji State women’s hockey team and occupied a far different role than she was accustomed to for the Raiders.

In Northfield, Boland orchestrated the offense from her spot on the blue line. In Bemidji, she was a cog in a larger machine, and a piece that wasn’t relied upon for scoring goals or dishing out assists.

“It was for sure an adjustment,” Boland said. “It wasn’t something that was completely unexpected, but it was an adjustment for me. It was nice to play a different type of role and understand different roles on the ice and get adjusted to that.”

Boland played in 21 of 37 games this season for the Beavers, either on the third defensive pairing or as the extra skater, helping the team finish 16-18-3 overall and 9-13-2 in the WCHA.

Bemidji State was edged by No. 9 Minnesota-Duluth in a best-of-three series in the WCHA playoffs that featured a 2-1 overtime loss in game one, a 2-1 quadruple-overtime win in game two and a 4-1 loss in game three.

While Boland finished the season without an offensive point, she said she improved exponentially throughout the season, especially in the defensive zone.

“I’ve never really been a good defensive player,” Boland said, “which sounds odd because I’m a defense, but I never really completely understood the defensive zone.”

Those defensive improvements started in the film room and on the practice ice, where Boland underwent a crash course in defensive positioning, what to do when the opposition dumps the puck behind the net and essentially every other possible scenario.

“Things you wouldn’t normally think about I improved a lot on because they break it down so hard for you into little parts so you really think about each individual play to make wherever the puck is on the ice,” she said.

In contrast to her free-flowing style that allowed Boland to wreak havoc on the Big 9 Conference, Division I hockey is stringently structured. Each pass, cut and movement is part of a team’s system, and for the first time, Boland needed to adjust her style of play to fit a larger mold.

She was prepared for the change of speed, partially because of a pair of state tournament appearances and participation in elite summer camps, but the depth of knowledge required before stepping onto the ice stretched Boland’s ability.

Still, as the season progressed, her comfort increased and the dialogue in her head became more muted during games, allowing her to play more naturally.

“Even after the first couple months it became a lot easier because the coaches are so good at their jobs,” Boland said. “They really helped me to figure that out and we watched video, which helped. They’d always have video after games, and it was nice to be able to watch yourself and really pick out what they were saying. It obviously wasn’t easy, but they made it easier than it would have been.”

In the end, Boland played more of a role than she was expecting entering the year. The Beavers were loaded at the blue line, with six of the team’s nine defenders in at least their third year of college hockey.

Two of those are graduating this year, providing a potential avenue for more ice time next year, when Boland will be starting with an already built-in understanding of the team’s systems.

“I played a little bit more than I expected, to be honest,” Boland said. “I would have loved to play more, obviously, but they gave me the opportunity for about every other game and I played third line or extra D. That was nice because you got the experience in, and it’s always really hard to come in at defense, but it’s nice to get the experience in and prepare me for the next couple years.”