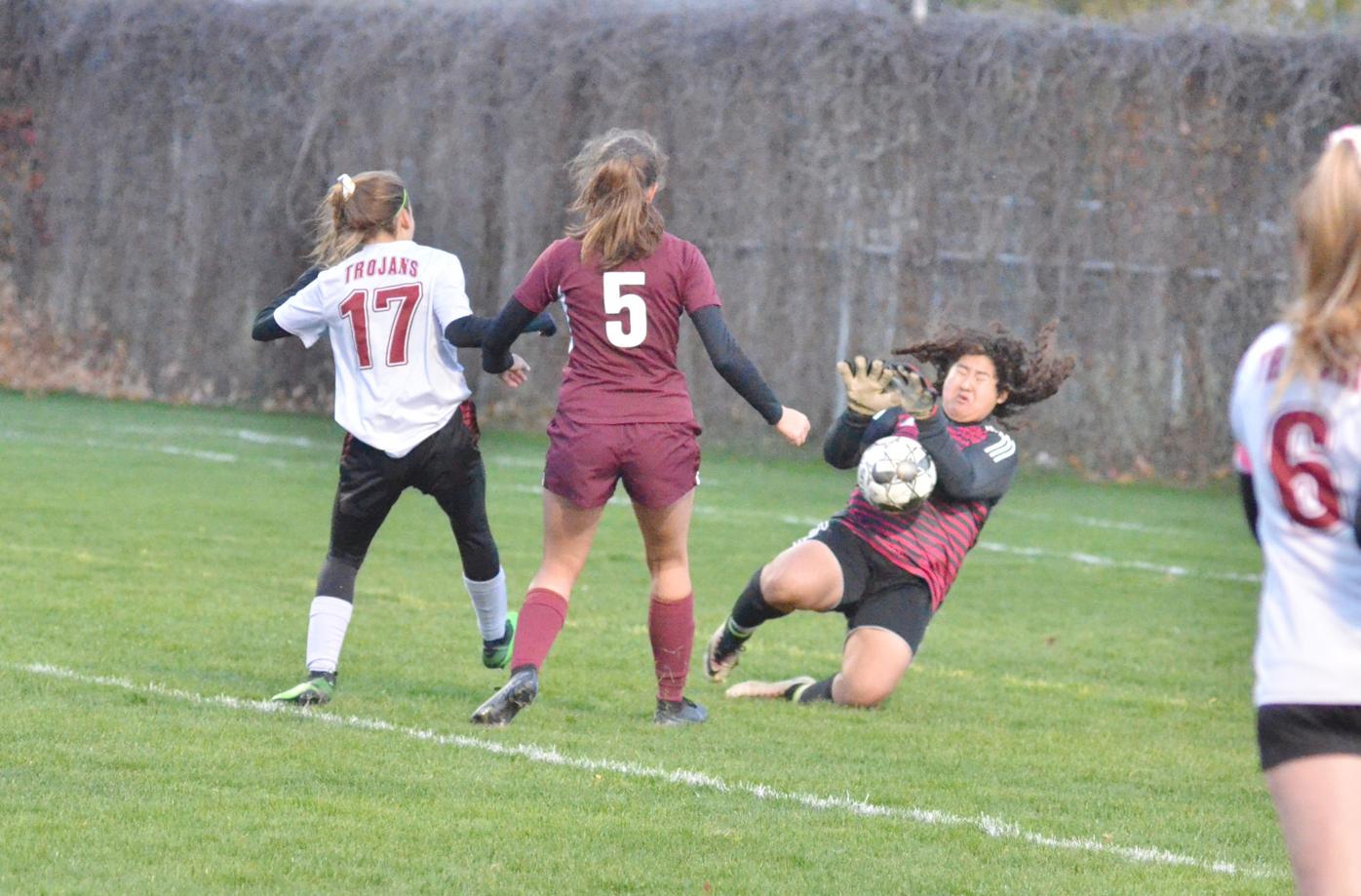 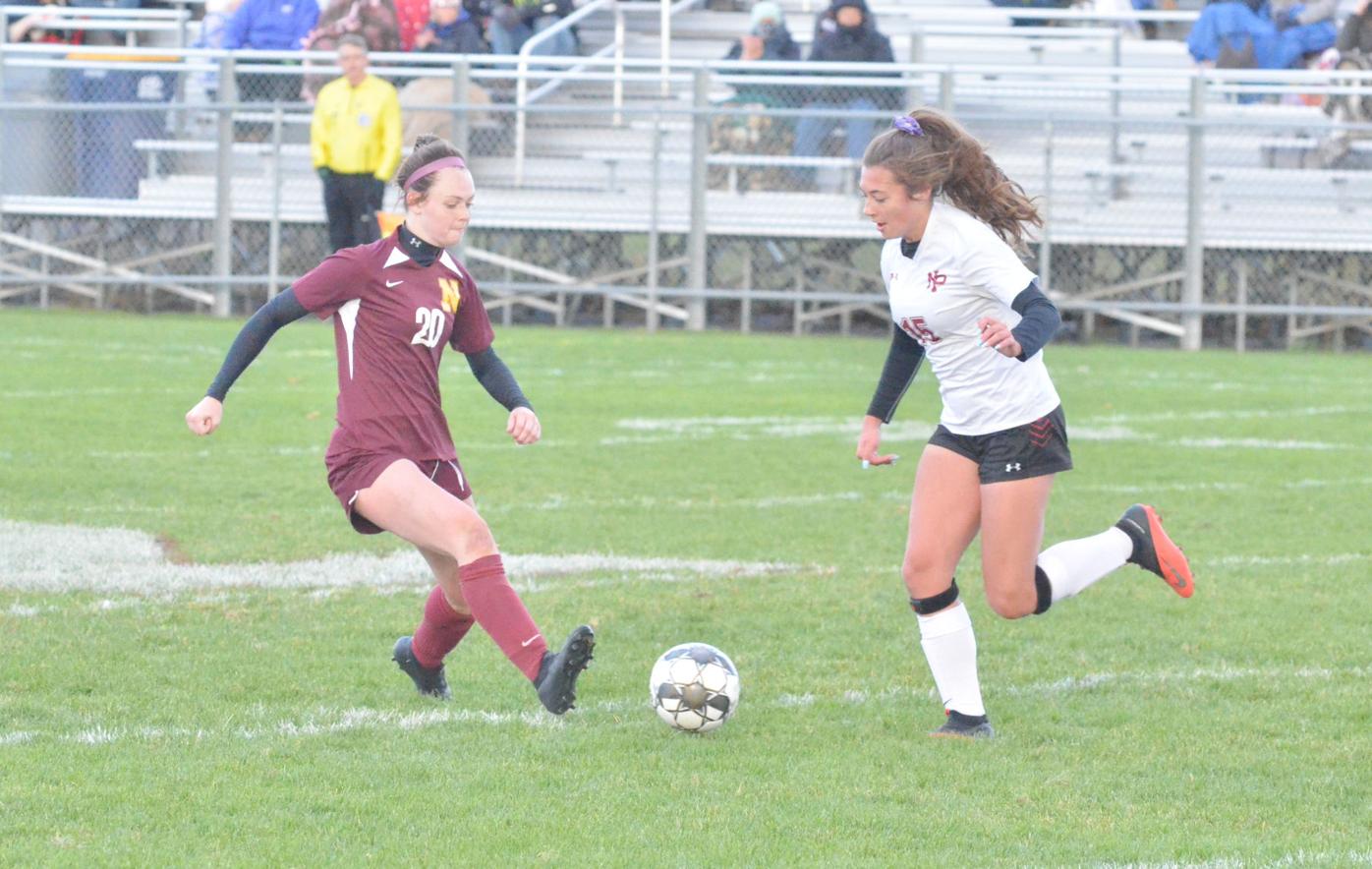 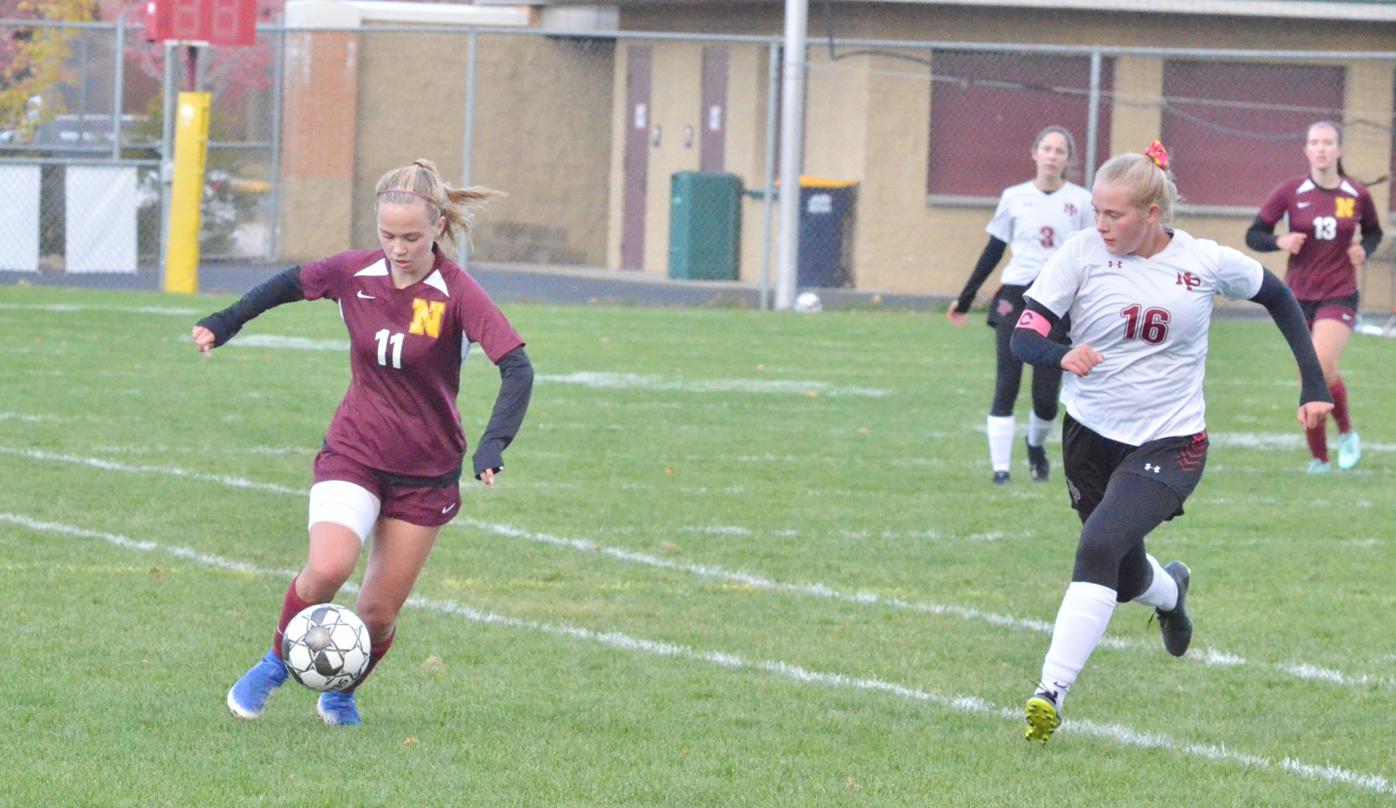 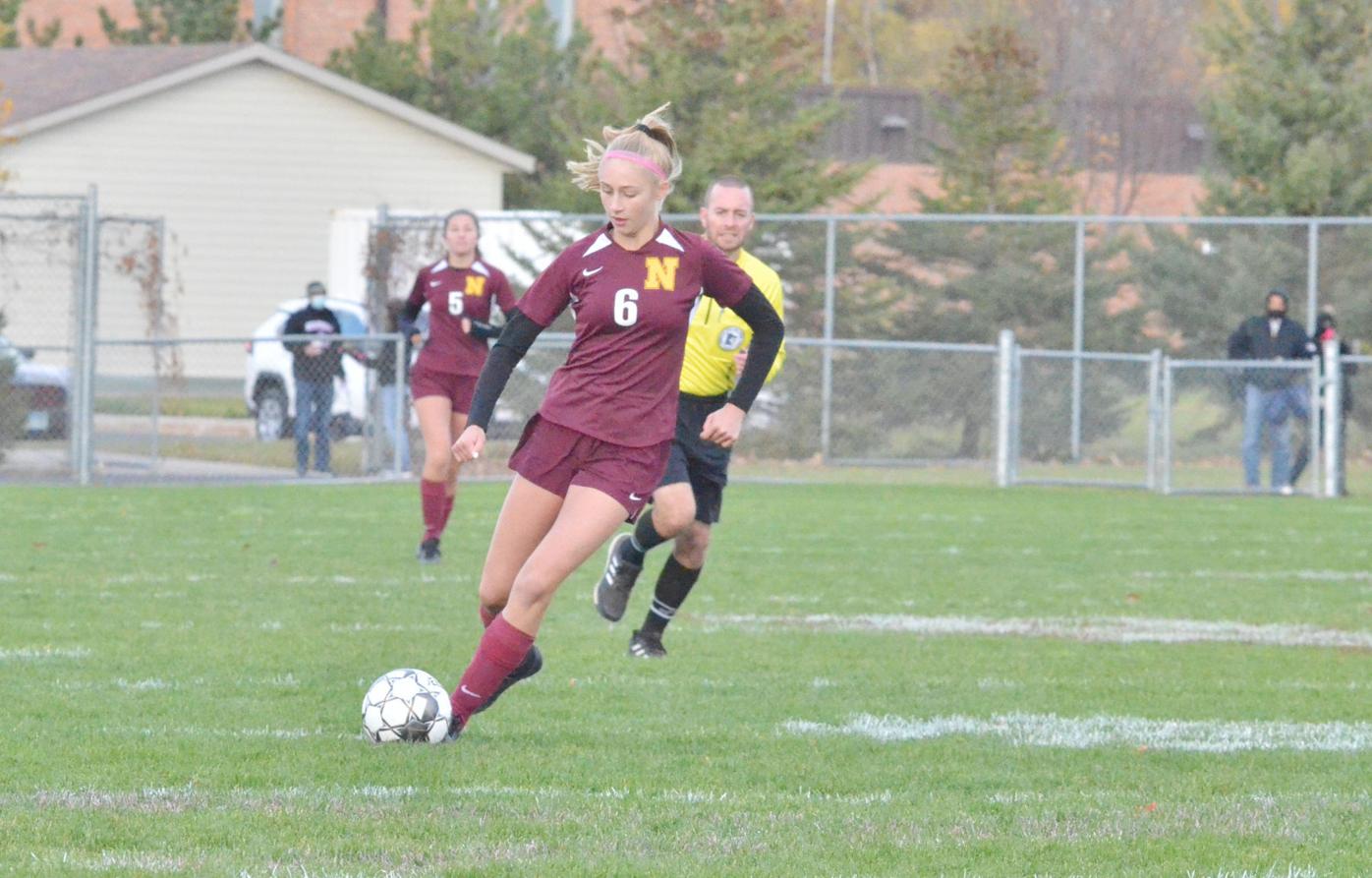 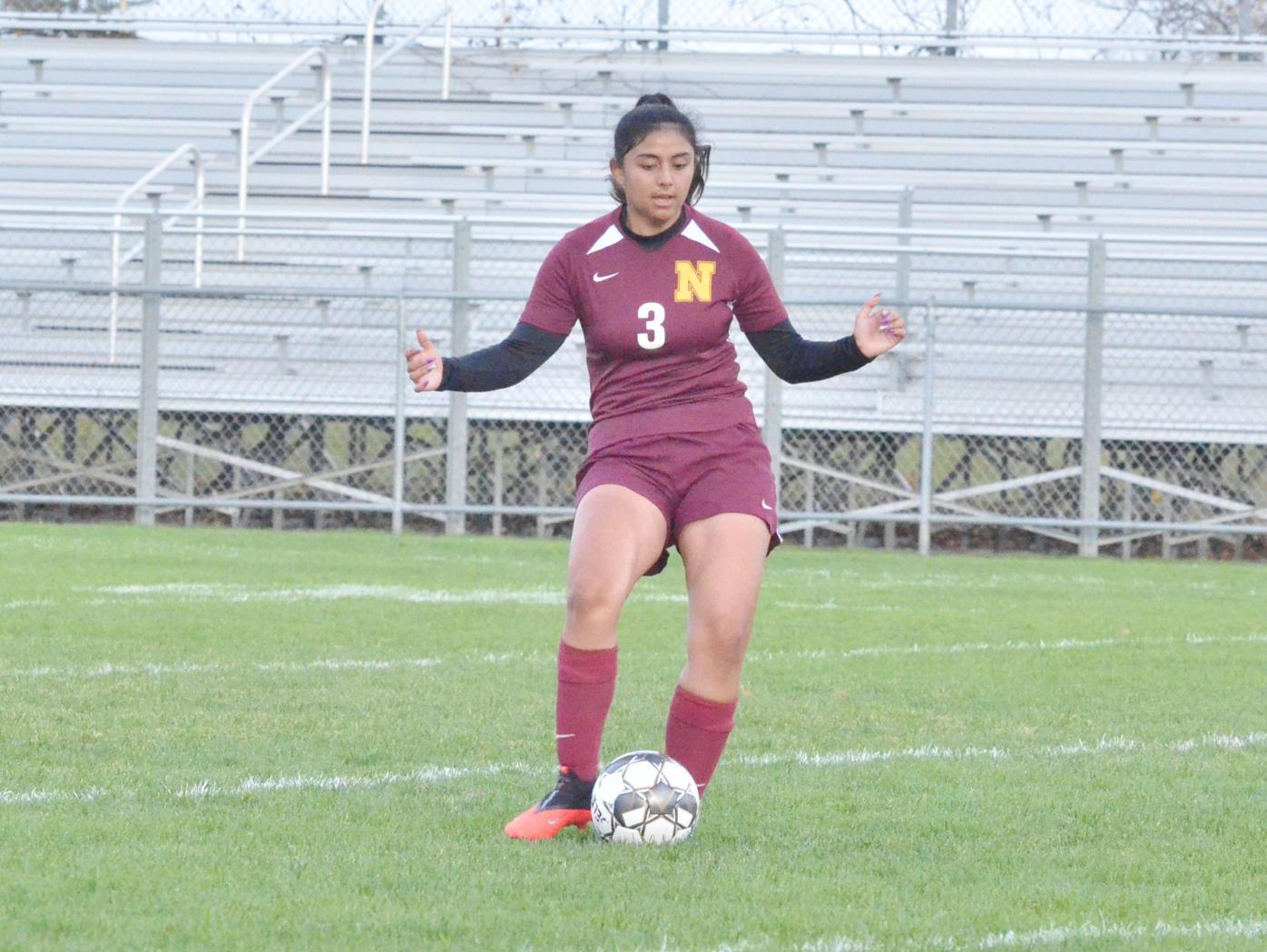 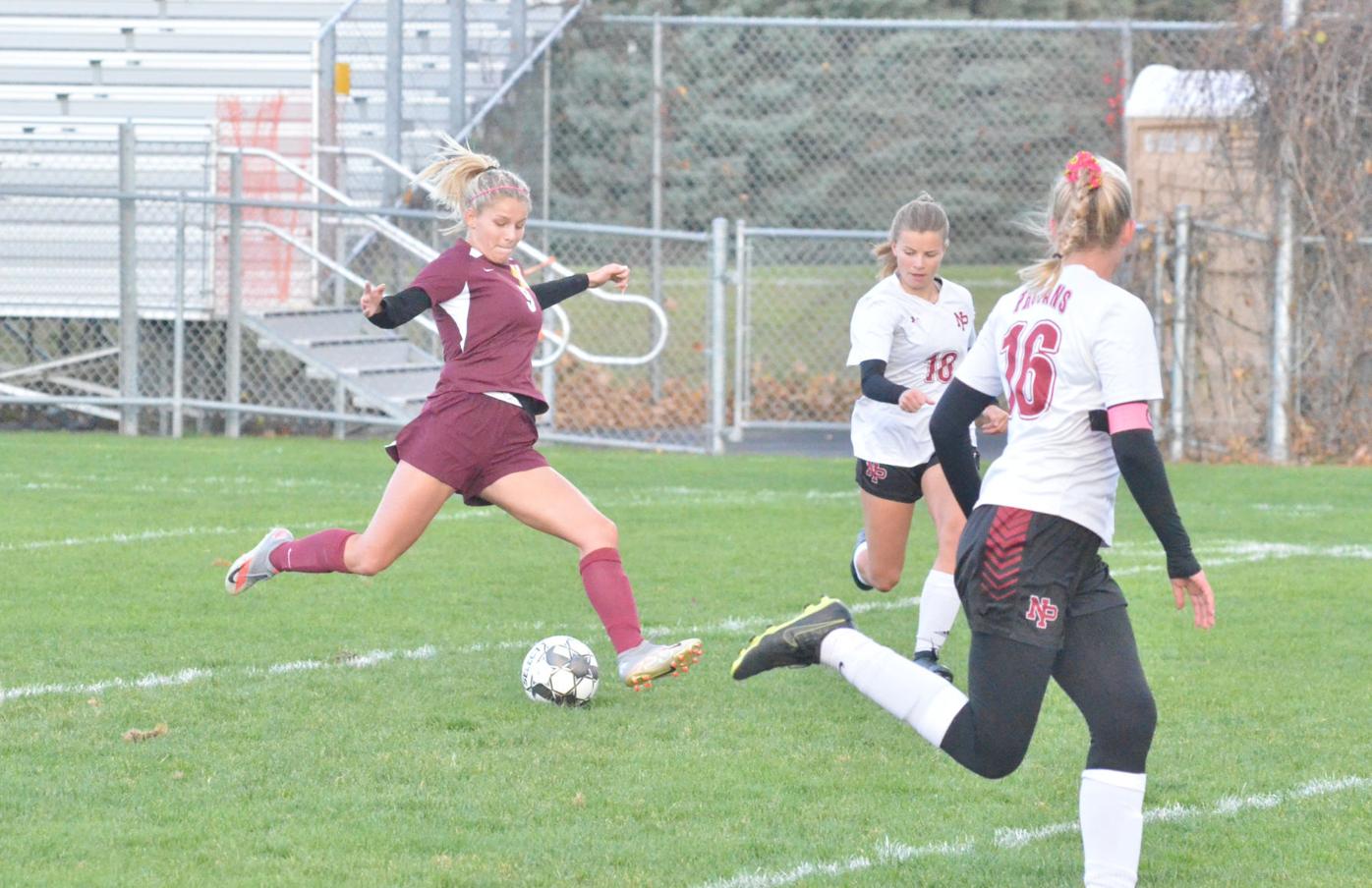 The Northfield girls soccer team required some theatrics, but it still managed to advance into the Section 1AA semifinals with Thursday evening’s 3-2 victory against New Prague thanks to claiming a 3-2 advantage in the penalty kicks that followed a pair of scoreless 10-minute overtime sessions.

The third-seeded Raiders clinched the win when senior goalie Mariana Rosas-Arenas was able to punch the shot of New Prague’s fifth penalty kick taker high and away from the frame of the goal.

“It’s a good thing we practiced penalties yesterday, so we got a little bit ready,” Northfield coach Sebastian Burset said. “It was good. Mariana really did an amazing job saving those.”

In regulation, Quass, in her first varsity start, kicked off the scoring when she ran down Salgado’s through ball and deposited her shot in the far corner six minutes into the match.

New Prague tied the game 2-2 with 13:01 left in the second half when the ball emerged from a scramble eight yards in front of the net and trickled across the goal line.

Sophomore midfielder/forward Regan Childress was serving a one-match suspension for a red card she received in the final game of the regular season at Austin, while sophomore defender/midfielder Grace Dickerson, sophomore forward Ava Stanchina, sophomore midfielder Millie Bouvin and senior forward Jessica Boland were all missing due to injury.

The Raiders will be happy to welcome back Childress for Wednesday’s Section 1AA semifinal match at Owatonna, and possibly a couple of the injured players, but many of the players that spent most of the year playing on the junior varsity team will likely be required to step up again in the postseason.

“They’re great for us,” Burset said. “I’ve seen them when they were young, as well, and they play good soccer. It’s just when they adjust to the speed of the game and the physicality of it.

“This is going to be a great experience for them for next year,” he continued. “They’re learning the position. They way they were playing in JV was different, so they’re getting there little by little.”