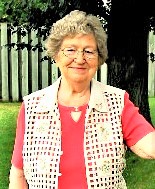 Berta Diem 1921–2020 Northfield—Berta Diem, age 99, of Minnetonka, MN, formerly of Northfield, passed away on Friday morning, October 16, 2020. Berta Klammer Diem was born February 10, 1921, in Teosin, Poland, to parents August and Albertina (Knopp) Klammer. Berta married Oskar Diem on May 2, 1941, at the Evangelical Lutheran Church in Schmiegel, Germany. In February 1950, the family, now with three young children, emigrated to the United States, settling in Richardton, North Dakota. Oskar bought a small blacksmith shop where he built and repaired farm machinery. Subsequently, he spent his career as an owner and general manager of Richardton Machine and Manufacturing, Inc., while Berta supported her family, raised three children and maintained a loving home. After retirement, Berta and Oskar moved to Northfield, MN, in 1978. Oskar passed away on February 14, 1999. In 2014, Berta moved to the Northwood Pines care facility, in Northfield, and then to The Glenn Minnetonka, MN, in 2018 to be closer to her son and daughter-in-law. Berta was a longtime member of St. John's Lutheran Church in Northfield where she belonged to a Circle for more than 30 years and enjoyed devoting her cooking and organizational skills to the Catering Committee. She was an accomplished needle worker, especially with embroidery and counted cross-stitch. She used her handiwork skills to knit over a thousand stocking caps, donating them to the Northfield Hospital for newborn babies. She loved to play Bridge and belonged to several groups in Northfield. She was well-known to be a great cook and baker. Survivors include three sons: Gustav (Janice) of Seattle, WA; Edmund (Kathryn) of Golden Valley, MN; and Klaus (Polly) of Madison, WI; seven grandchildren: Heidi, Kurt, Michael, Chris, Gretchen (Ryan), Klaus (Kelli), and Anneke (Natalie); five great grandchildren: Hudson, Koen, Berrin, Klaus, and Kate; other special nieces and nephews, friends and neighbors (Karen and Packy). She was also preceded in death by her parents and six siblings. Due to COVID-19, a celebration of Berta's life and interment at Oaklawn Cemetery will be held at a later date. Memorials are preferred to the Northfield Hospital Auxiliary. www.northfieldfuneral.com