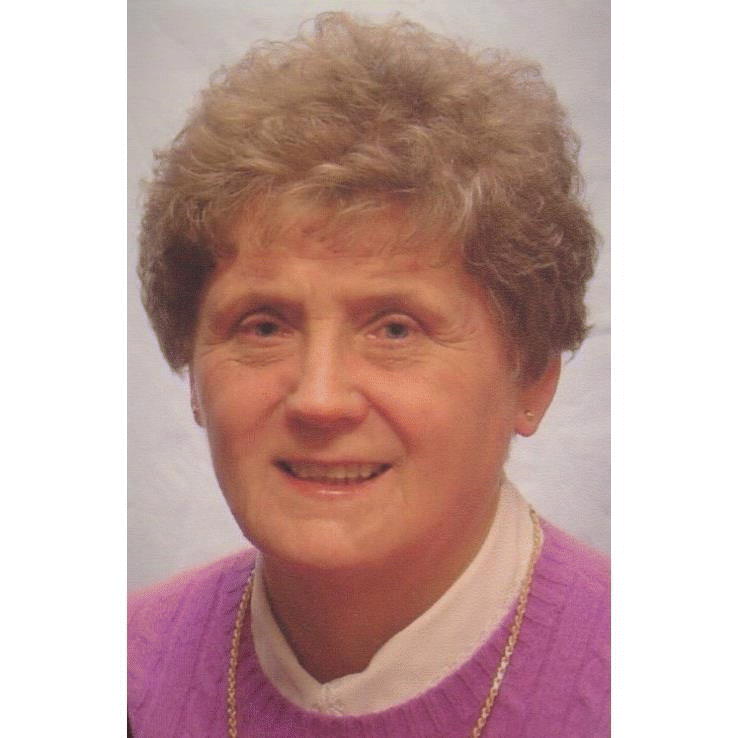 Marianne Elofson 1940–2020 Saint Michael—Marianne "Omi" Elofson, age 79, of St Michael and formerly of Alexandria and North-field passed away unexpectedly at her home on Saturday, May 16th, 2020. She was born on August 28, 1940, as a German in Totzau, Sudetenland, the daughter of Robert & Gabriella Marie (Tobisch) Hackl. She had two brothers, Otto and Helmut, and grew up on their family farm at No.1 Totzau. During WWII, her family was resettled into West Germany and landed in the village of Treis where she spent the majority of her childhood. Upon graduation, she moved to Frankfurt and worked as a secretary. It was also in Frankfurt where she met a young American GI, Gary Elofson. They fell in love and Gary successfully convinced her to relocate to his home state of Minnesota. On June 16, 1967, Gary and Marianne were joined in holy marriage on the Elofson family farm near Perham, Minnesota. God blessed their marriage with two children, Kim and Jeff. They lived in Northfield, Minnesota most of their marriage where Marianne was a dedicated and involved stay at home mom before becoming an assistant at St. Olaf College. She spent a few years working part time there before moving across town to Carleton College where she supported various groups over the course of 17 years, alt-hough primarily within the psychology department as an administrative assistant. She took pride in her job, enjoyed her colleagues, and cherished being part of the college community. Anytime she encountered someone who went to or worked at Carleton, her ears perked up and she wanted to learn more. In retirement, Marianne and Gary relocated from Northfield to Lake Andrew near Alexandria. She enjoyed being at the lake, gardening, shopping, and spending time with family and friends. During this time, they attended Alexandria Covenant Church. Also, Marianne and Gary joined Koffee and Kare group and met wonderful friends from all over the Alexandria area. When her children and grandchildren departed after a weekend at the lake, she packed snacks for the ride home and gave kisses and hugs and waved goodbye until they were out of sight. She consistently thought of others before herself. Marianne was a woman who loved people and life. She was nurturing, generous, inde-pendent, curious, gregarious, and vibrant. She delighted in the company of others, and never met a stranger. When she came across a German person she often asked for their phone number so she could connect and speak their native language. She was so proud of her German heritage and often sought out bakeries and butchers that knew how to make traditional German foods. She crocheted blankets and socks, collected quarters, appreciated a good deal, and counted things (especially steps). Marianne touched so many lives. She knew Kim and Jeff's friends and their kids, and always wanted to be a part of the fun. She had a great sense of humor, told funny stories, and laughed a lot. She had a gift for retaining anniversaries and birthdays - even for people she only met once. Her grandchildren will remember her for the timely arrival of birthday and holiday cards, advent calendars, Christmas games, cherry dessert and pistachio cake, and above all, her unconditional and abundant love and support. Her children, whom she was proud of beyond measure, had the most outstanding example for how to truly love, appreciate, and care for others and live each day to the fullest. After 52 years of marriage with Gary, she missed him deeply following his passing last fall. She spoke of him frequently and her heart ached thinking about life without him. Marianne had a German plate that hung on her kitchen wall that read, "Hab Sonne im Herzen", which translates to "Have the sun in your heart". She embodied that completely, a pure light that brightened our lives and will be deeply missed. Survived by daughter Kim and (Craig) Brandli and grandchildren Luke, Kate, and Kylee of St Michael, MN; son Jeff Elofson and (Melisa Lee) and grandchildren Ben, Van, and Rose of Minneapolis, MN. Funeral arrangements have been entrusted to The Peterson Chapel of St. Michael. Online condolences for the family may be directed to www.thepetersonchapel.com