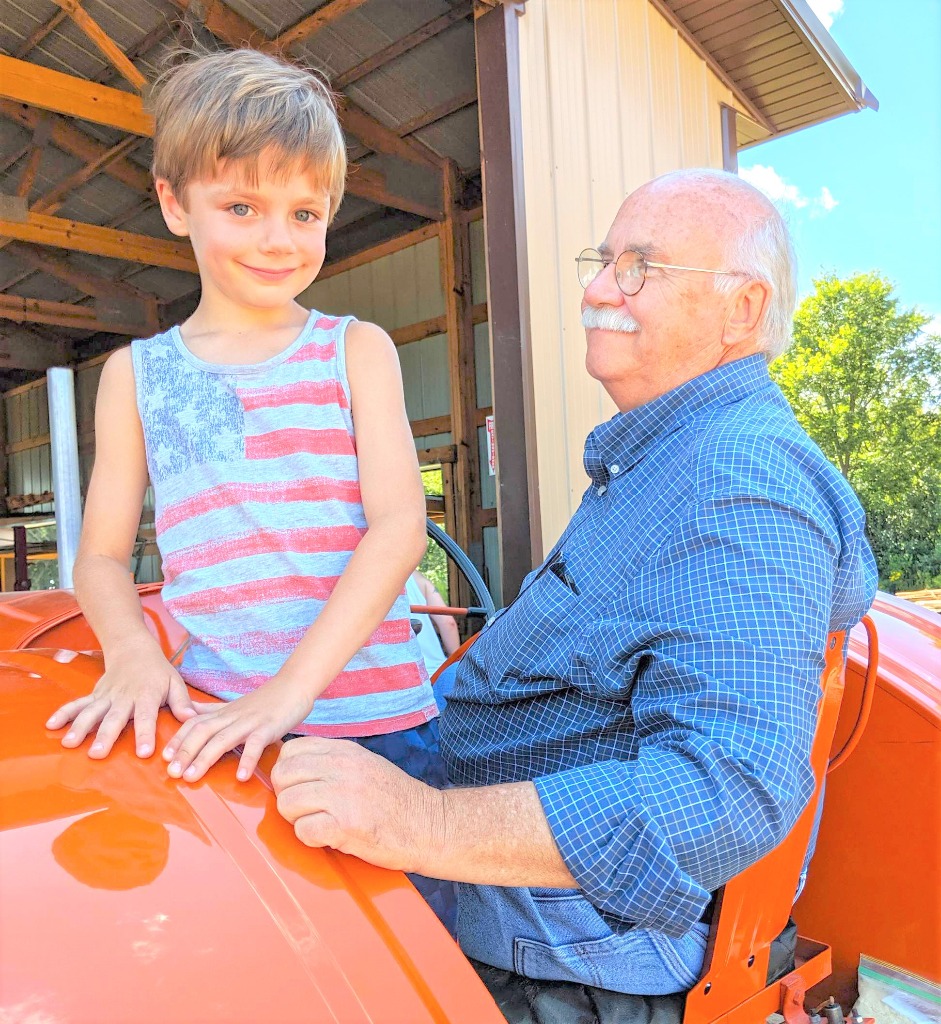 Gary Ebling 1948–2020 Northfield—Gary Robert Ebling, 71, passed away on Saturday, July 4, 2020 on one of his farms. Gary was born December 29th, 1948 in Northfield Minnesota to parents Dorothy Virginia (Gilligan) and Robert Fern Ebling. Dorothy and Robert had bought a farm from a Tralle relative in 1947 after his military service. It was this homestead that Gary would grow up on, then later purchase from his parents, and eventually reside at until his untimely death on Independence Day, 2020 while he was working on his own land in Bridgewater Township. For a farm kid growing up in an ag community, Gary had a specific creativity and an eye for design that would begin to take shape upon his graduation from Northfield High School in 1967. He made the leap into the Twin Cities as a young man, gaining a crash course in design education at Dunwoody Institute. Around this time, he joined up and served in the Army National Guard, training at Ft. Leonard Wood in Missouri. His service was in the Corps of Engineers Branch, and he attained the rank of Staff Sergeant. 1978 brought the fortuitous moment that he met Eelen Young McDonald, whom he would marry on January 1st, 1983. She and a daughter from a first marriage, Abby Stringer, would move down to the farm in 1980. Sons, Andy and John, would join them soon thereafter. He found a career calling in the world of retail design and store fixtures, and his eventual employer of Dayton Hudson Company (Target Corporation) was fortunate enough to capture his talents. Beginning around 1978, Gary would take up a position working in store design and planning, with him eventually working his way up to Director of Prototype Planning and Design. He had a hand in the design and layout of nearly every Target Store in the chain, including the Northfield location, during his tenure. His career there would span around 21 or so years, and he was honored in being within the top 100 people of the Fortune 100 Company. "Pretty good for a tech school taught farm kid," he'd say. He made many lasting connections in this capacity and always spoke fondly of the friendships he made along the way. By 1999, with a changing of the guard at Target, he would leave corporate white collar commuting behind for a new endeavor. All his effort was turned toward starting a business and reinventing himself as a designer for retail customers. His company, RDS, was formed in 2004, and was built with some incredible people that he felt most privileged to work with. His sons, Andy and John, would eventually pitch in, and along with associate Jay Stemler, their efforts and the efforts of a number of other extremely talented and earnest contributors helped the business flourish. He felt blessed in his business endeavors to work with dear friends, among them Gary Cook, Butch Rodewald, and Lori Noreen. While he traveled across most every state to conduct business, his work carried him all the way to China in December of 2019. He was most proud to have made the trip with son, John. The hobbies that made up his interests were many, though they usually involved something with an engine or four hooves. Being a student of history, his love of reading was always stalwart among his faculties. A concentrated interest in antique automobiles and tractors came naturally to him, and he found ceaseless enjoyment in these hobbies with his sons and grandchildren. An interest in racing horses was later cultivated, and he was most honored to have the personal ranch car of the owner of Seabiscuit in his collection. His face would light up talking about the car being stabled in the same barn as the famous horse and the history of the car intertwined with the horse's legacy. Old cars were a true passion, and he enjoyed the hobby with friends Charlie Jacobson, Al Olson, and Fred Bones, among many others. Service came calling once again, this time not long after the new millennium had struck. Gary's time as one of the Bridgewater Township supervisors was an eternal source of pride. Working in this elected position, he found infinite satisfaction in helping members of the community wherever he could as he worked alongside friends Glen Castore & Mike Groth, among many others. Gary always stuck to his scruples and fought for what he believed was the fair course of action for the parties involved - even when it was tough going. He leaves behind a legacy of a number of projects completed and a group that was ever dear to his heart. His church was the open sky and sun that he found so cathartic as he mowed road ditches. He labored toward an utmost goal to leave the land he touched better than when he found it. His Creed: Don't Quit. If you think you're beaten, you are. If you think you dare not, you don't. If you like to win, but can't, it's almost certain you won't. For out in the world, you find success begins in a fellow's will. It's all in your state of mind. Don't quit! He is lovingly survived by his wife, Eelen, of 37 years, as well as son Andrew and wife Katie, son John and wife Marie, and daughter Abby. Gary's most cherished legacy is found in his grandchildren: Andrew/Katie's sons August & Henry; John/Marie's daughters Ada & June, along with son Otto; and Abby's son Ari. He is also survived by younger siblings Kurt Ebling, and sister Nancy Sabin. Visitation/Memorial: The family will hold a drive-through style memorial at the Gary and Eelen Ebling farm on Friday, July 10th, from 3:00 PM to 7:00 PM. The address is 2246 90th St E, Northfield MN and the house number sometimes comes up as 2288 on GPS. Please approach and form a line up from the east. The family requests that any memorials be made out to Bridgewater Township for donations to their Storm Cleanup Fund. biermanfuneralhome.com