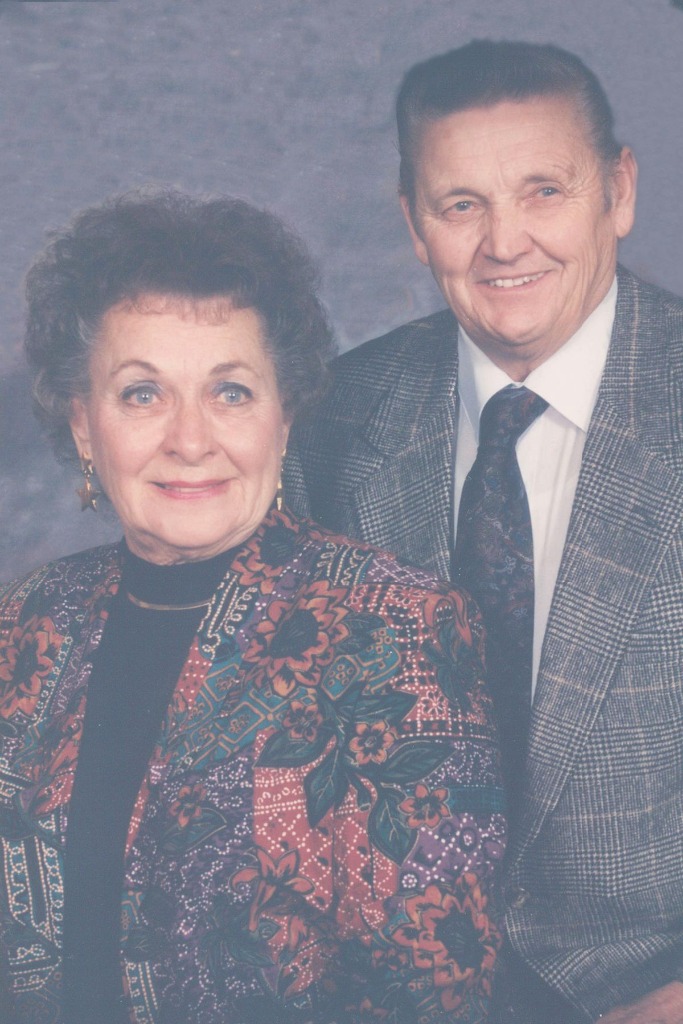 Shirley & Leroy 'Leo' Underdahl Dennison—Shirley A. Underdahl and Leroy 'Leo' G. Underdahl of rural Dennison both died at the Northfield City Hospital. Shirley, age 83, died Sunday, February 16, 2020, and Leo, age 89, died Tuesday, February 18, 2020. Shirley Ann (Almen) Underdahl was born June 25, 1936 in Cannon Falls, the daughter of Sever and Agnes (Wangon) Almen. She grew up on a farm and attended school in Cannon Falls, graduating with the Class of 1954. She continued her schooling at Black Hills Teacher's College in Spearfish, South Dakota. She returned to Minnesota and lived and worked in Minneapolis. While living in Minneapolis, she met Leroy "Leo" Underdahl at a dance and the couple began their courtship. Leroy "Leo" Gerhard Underdahl was born on March 18, 1930 on the family farm in Warsaw Township, rural Dennison. He attended country school. He farmed with his father in Warsaw Township. Shirley and Leo were married on October 8, 1955 at Vang Lutheran Church, rural Dennison. The couple made their home on the Underdahl family farm where they dairy farmed and raised two sons, Scott and Steve. Although, Shirley helped with the farming, she also worked for many years as a secretary in the music department of Carleton College in Northfield. Along with farming, the couple enjoyed dancing, casino trips, traveling around the United States and Mexico as well as fishing trips up in northern Minnesota, which Shirley planned but then sent the guys up on their own. Shirley also enjoyed gardening and cooking and belonged to the Red Hat Society. Leo enjoyed teasing his nephews and nieces and having a beer and candy bar with friends. Leroy was a lifetime member of Vang Lutheran Church and served on the church council. Shirley joined Vang Lutheran Church after marrying Leo. Shirley and Leo are survived by their son, Steve (Laurie) Underdahl of Northfield; daughter-in-law, Barbara Underdahl of Nerstrand; grandsons, Tyler and Brandon Underdahl both of Northfield; Shirley's brother, Donald (Ann) Almen of Rollingstone and Leo's sister-in-law, LaVonne Underdahl of Kenyon. Shirley and Leo were preceded in death by their parents, Sever and Agnes Almen and John and Gilma Underdahl; son, Scott Underdahl; Shirley's sister, Carol Savage and Leo's brothers and sisters, Peter Underdahl, Gladys Wardell, Marion Rhode, Agnes Johnson, Joyce Skaro and Clarabelle Brandvold. Visitation will be at Michaelson Funeral Home, Kenyon on Thursday, February 27th from 3:00 - 7:00 PM and at Vang Lutheran Church on Friday from 10:00 -11:00 AM . A Memorial Service will be held Friday, February 28, 2020 at 11:00 AM at Vang Lutheran Church with The Reverend Paul Graham officiating. Interment will be in Vang Lutheran Cemetery. Memorials are preferred to Vang Lutheran Church or St. Judes Children's Hospital.

To plant a tree in memory of Shirley & Leroy Underdahl as a living tribute, please visit Tribute Store.
Load comments