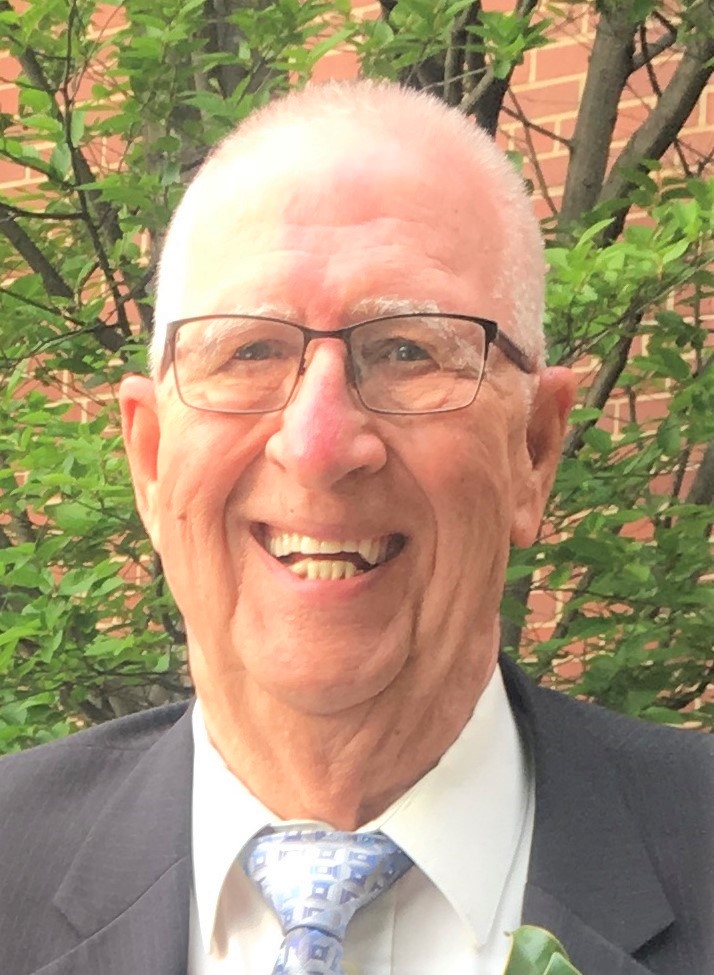 Charles E. Carlson 1932–2021 Northfield—Charles "Chuck" Carlson, age 88, passed away surrounded by the love of his family on Saturday evening, January 16, 2021, at Cannon Valley Suites of the Northfield Retirement Community. Charles Edward Carlson was born October 23, 1932, on the family farm in Douglas County near Spruce Center, Minnesota, to Adin and Viola (Nelson) Carlson. Chuck graduated from Alexandria High School in 1950. He worked at the family farm until enlisting in the Army in 1953. He served two years in Germany. After receiving his honorable discharge Chuck returned to Minnesota. On November 6, 1955, he married Marilyn Johnson at Compton Church in Ottertail County. The couple lived in Babbitt for 13 years where Chuck worked in the mines. He attended community college and became a nursing home administrator. They moved to Northfield in 1968, and Chuck served as the administrator for the Odd Fellows Home (now Three Links). In 1977, they moved to Blue Earth, where Chuck was administrator at St. Luke's Lutheran Home until 1986. After a quick sojourn in Midland, Texas, Chuck and Marilyn moved to Scottsdale, where they worked as maintenance managers for a luxury apartment complex. After 11 years, they retired to Sun City, where they made a home for 19 years. In March 2017, they returned to Northfield to be close to family. Wherever the family lived, Chuck was an active church member, serving on church council, teaching Sunday School, and leading Luther League trips to the Boundary Waters. In his spare time, he enjoyed hunting, fishing, and traveling with Marilyn, including camping trips in the 5th wheel and a trip to Sweden to visit their heritage. They knew people everywhere and enjoyed stopping to see friends and family along the way. Survivors include his wife of 65 years, Marilyn; three children, Bob (Bonnie) of CA, Jim (Stacie) of MT, and Karen (Brian) Turner of Northfield; eight grandchildren, Sarah (Ryan), Jessica, Hannah (Zack) all of CA; Seth (Carlie) of MT, Deanna (Corey), Amanda of MN; Tiana and Trenton of WA; seven great-grandchildren; three sisters, Virginia (Gary) Betts of WI, Carol (Lee) Djupstrom of WI, and Harriet (Ken) Pexsa of MN; other relatives and friends. He was preceded in death by an infant son, an infant brother and his parents. Due to the COVID pandemic, the family has elected to wait until it is safe for all to travel and gather together before we have a service to celebrate his life. www.northfieldfuneral.com

To plant a tree in memory of Charles E. Carlson as a living tribute, please visit Tribute Store.
Load comments