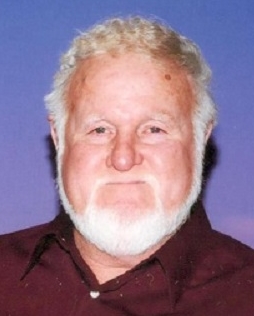 Douglas J. Hagerty 1941–2019 Northfield—Douglas James Hagerty, age 78, of Northfield, passed away Tuesday, December 3, 2019, in his home after a long battle with diabetes and kidney disease. Doug was born the son of John and Betty (Powers) Hagerty on May 29, 1941, at St. Lucas Hospital in Faribault. After Doug was born, his mother contracted tuberculosis and he was raised by his grandmother Edith Warmington. His grandmother liked to refer to Doug as "Sony." When Doug reached the age of four, his grandmother passed away from cancer and Doug lived with Raymond and Cornelia Rauk in rural Nerstrand. After high school, Doug entered the United States Army. Doug was united in marriage to Carol Trnka on July 30, 1971, in Immaculate Conception Catholic Church in Lonsdale. The couple made their home in Nerstrand and he farmed with his cousin, Rodney Rauk. In 1996 the couple moved to Northfield. Doug also worked and later retired from Foldcraft in Kenyon. Doug was meticulous about his cars and of course his Ford trucks. No scratches, dents, or dust which was hard being that they lived on a gravel road. The family enjoyed camping and traveled to Yellowstone National Park, Black Hills, Badlands, Two Harbors, Wisconsin Dells and Door County to name a few places. Doug and Carol also took cruises to Alaska and the Caribbean. Doug was "full of baloney" as Carol would say. He was a jokester and loved to visit and talk with friends and family. While on camping trips, it wasn't uncommon for the family to be asleep and Doug would be out visiting with those in the campgrounds. He was well-loved, respected, and made lots of friends. He was family-oriented and loved his family with all his heart. He is survived by his wife Carol of Northfield; a daughter Katrina (Ryan) Jahnke of Lakeville; a son Todd (Tammy) of Faribault; two grandchildren Blake Hagerty and Anna Johnson; step-grandchildren Kiersten and Megan Kuchinka and Katie (Alec) Wilson; step-great-grandchildren Hayleigh, Kylee and Jaelynn; a sister Vicky Condon of Bloomington; and brother-in-law and sister-in-law Robert and Sandy Trnka of Montgomery. He was preceded in death by his parents; his son Troy (1998); his mother and father-in-law; and siblings Jeff, Steve and Susie Powers. Mass of Christian Burial will be held at St. Michael's Catholic Church in Kenyon on Monday, December 9, 2019, beginning at 11:00 AM. Visitation will be at Bierman Funeral Home in Northfield on Sunday, December 8, 2019, from 2:00 PM to 5:00 PM and one hour prior to the service in the church. Burial will be at Vang Lutheran Cemetery in Holden Township. The family would like to thank DaVita Dialysis in Northfield for all their love and care. biermanfuneralhome.com.

To plant a tree in memory of Douglas J. Hagerty as a living tribute, please visit Tribute Store.
Load comments