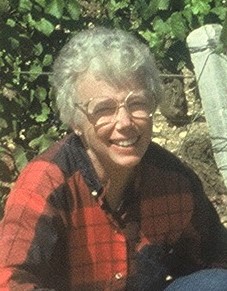 Barbara Helling 1927–2020 Northfield—Barbara "Bobbi" Helling passed away at age 93 on November 8, 2020 at Three Links Care Center. She had contracted COVID about 10 days earlier. She was born Barbara Anne Pearson on September 8, 1927 to Per Gustav and Lydia Pearson and was adopted by Robert and Iola Burns of Covina, California in 1935. Immediately after she graduated from Pomona College she went to teach at the American Collegiate Institute in Izmir, Turkey. She treasured her memories of her three years there, which were filled with lasting friendships and adventure. On her initial trip to Turkey she met George Helling, who she married in 1951 after both returned to the United States. Bobbi and George then returned to Turkey several times. Bobbi spoke fluent Turkish. Early in their marriage they lived in the Turkish village of Zek in order to gather first-hand the material for their graduate dissertations. Bobbi and George had four children: Amy, Emilie, Matthew and Joel, all of whom survive them. They lived in Northfield and St. Paul, Minnesota in the early years of their marriage, then moved to Omaha, Nebraska. Bobbi earned her PhD in Educational Psychology from the University of Nebraska in 1966 and worked for the Job Corps in Omaha. In 1969 they moved back to Minnesota, building a house on 90 acres in Webster, and Bobbi eventually retired as a tenured Associate Professor at St. Olaf. George died in 2005 and after a serious illness Bobbi moved to Northfield. She was a wonderful example to her children and her students, being simultaneously a loving wife and mother, a committed teacher, and an enthusiastic lifelong learner. She was also a gregarious and optimistic person who always engaged other people. Until the last few years of her life she was active in the local DFL, Delta Kappa Gamma, and the United Methodist Church. In addition to her children, Bobbi is survived by 5 grandchildren and one great-grandson. biermanfuneralhome.com