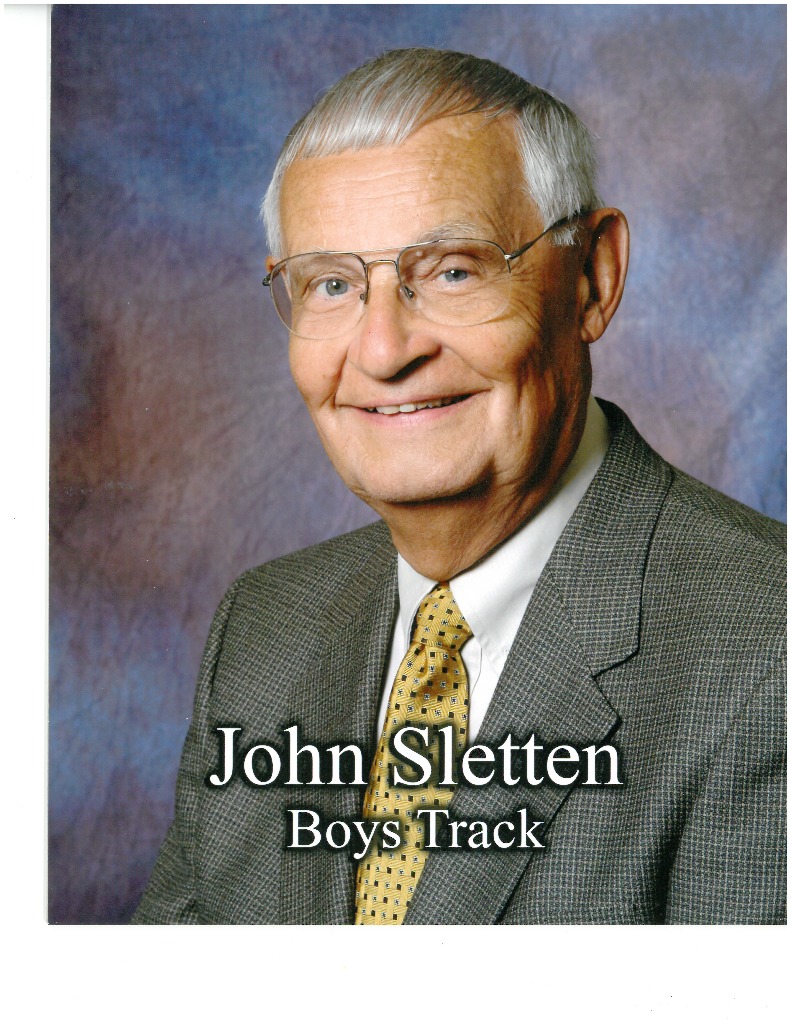 John Sletten 1932–2020 Ames, Iowa —John Sletten, age 88, of Ames, Iowa passed away peacefully at Israel Family Hospice House in Ames on Sept. 8, 2020. A celebration of life memorial service will be 10 a.m., Sept. 15, 2020 at Ames High School Stadium on the 50-yard line. Face coverings will be required with social distancing encouraged. The family encourages you to park in the new parking spaces east of the stadium. John was born Aug.28, 1932 in Northfield MN, the son of Oliver and Clara Sletten. He graduated from Northfield High School in 1950 where he was active in band, choir, track, football, basketball, and was editor of the school paper. After high school, John continued his education and participation in athletics at Saint Olaf College, where he was a three-year letter winner in track, graduating in 1954. He also later earned a master's degree from University of Minnesota in administration. John served in the US Army and was stationed in Germany for 18 months. He returned to Faribault, MN where he taught junior high school English. While teaching in Faribault, John met and later married Elizabeth Head on June 21, 1958. The couple made their home in Northfield where they had their three children, Anne, Margit and Lise. In Northfield, John taught high school English and was head track and cross-country coach. In 1969, John moved his young family to Ames where he continued to teach high school English and coach track and cross-country until retirement. John's coaching resume includes 9 state track championships and 4 state cross country championships. John was president of Iowa Track Coaches Association, was elected into the Hall of Fame in Northfield and in Ames and was named National Coach of the Year in 1990. While coaching track was a lifelong passion, John also enjoyed time with his family, Bethesda Lutheran Church activities and friends, travelling, studying history, daily coffee with his Hy-Vee buddies, attending Iowa State sporting events and his daily 2-mile walks. John is survived by his wife, Elizabeth Sletten of Ames; daughters, Anne Sletten of Johnston, Margit (Doug) Ross of Johnston, and Lise Rollins of Ames; grandchildren, Jennifer Ross of Minneapolis, MN, Brian Ross of Bozeman, MT, Sarah Ross of Chicago, IL, and Hannah and Halley Rollins of Ames; sister, Janet Wilson of Eagan, MN and several nieces and nephews. John was preceded in death by his parents and a son-in-law, Don Rollins. John will be greatly missed by all who loved him. Memorials may be directed to: Bethesda Lutheran Church - Capital Campaign Fund or the Ames High Track Team. Online condolences may be directed to: www.grandonfuneralandcremationcare.com