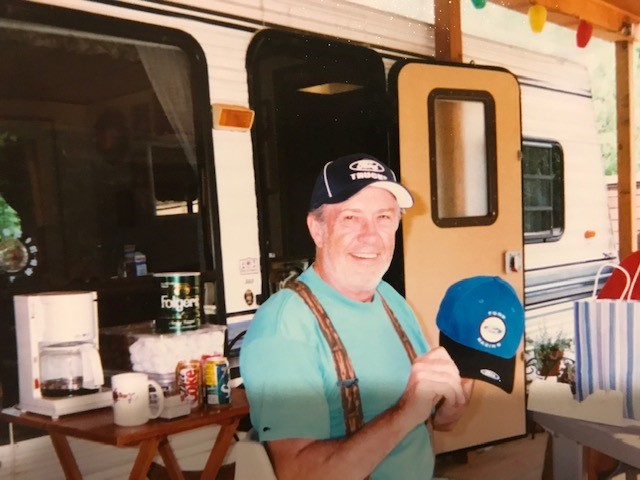 Harold Gillispie 1942–2020 Farmington—Gillispie, Harold A., 78, of Farmington, died Saturday, June 20, 2020, at home. Harold was born January 1, 1942 in the Northfield Hospital to Marion and Viola Gillispie. He was the New Year baby of 1942. He attended Randolf High School where he excelled in football and earned All Conference in his junior year. Harold worked for the Brockway Glass factory in Rosemount, MN for 19 years when he was promoted and transferred to Muskogee, OK. He was again promoted and transferred to Ada, OK. He worked for Brockway Glass for 26 years. He returned to MN in 1989 and went to work for Malt-O-Meal in Northfield and stayed for 15 years. He retired at the age of 63. Harold enjoyed spending his time at their RV park in Aitkin, MN and was an avid fisherman, enjoying several of the lakes in the area. In the fall he enjoyed deer and squirrel hunting. He was also an avid Vikings fan. Survivors include his wife of over 40 years, Karen; his children, Kimberly (Terry) Ness of Lonsdale; Karen (Glen) Kimber of Northfield; step-daughter, Sutton Sappington of Troy, MO; grandchildren, Nicole (Brad) Hudgins of TX, Tanner (Victoria) Kimber of MN, Jennifer Harden of MO, Nicolas Scott of TX, Curtis Sappington of MO; great-grandchildren, Brooklyn Hudgins, Roman Hudgins, Kennedy Kimber, Jonathon Harden, Michael Harden, Anthony Mottus and Dakota Sappington; brothers, Gene (Sig) Gillispie of Northfield, Russell Gillispie of Northfield, Curtis (Cheryl) Gillispie of OK, Kevin (Bonnie) Gillispie of Cannon Falls and many nieces and nephews. He was preceded in death by his parents; grandson, Matthew Ashton; sister, Shirley and sister-in-law, Bonnie. In lieu of flowers a donation to the Alzheimer's Association in his name would be appreciated.