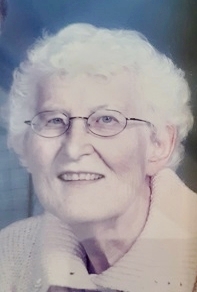 Marjorie Tarr 1931–2020 Northfield—Marjorie Jean Tarr, age 89, of Northfield, passed away Saturday, October 3, 2020, at Northfield Retirement Community. Marjorie was born the daughter of William and Dorothy (Lyon) Hooper on June 4, 1931. She was born and raised in New Haven/Hamden area of Connecticut. She attended New Haven State Teacher's College. Following her teacher training she went to Malaysia with a mission trip and taught there for 2 years. With her father's health declining, Marjorie returned to Connecticut and taught there. She met Donald Tarr, while he was at Yale in graduate school and the couple married August 26th 1957. They moved to Ohio and then to Colorado before moving to Northfield in 1964. Except for sabbaticals in England, New York and Arizona she remained in Northfield for more than 50 years. During that time, Marjorie worked at home caring for their children, Elizabeth and Stephen, and supporting the community. She had a lifelong interest in gardening, both for vegetables and flowers, which nourished our bodies and minds on a daily basis. She accomplished family genealogical research for her family seeking out documents and stories from past generations. She completed training to become a needlework judge and belonged to the needlework guild as well as meeting with a group of artists The Designing Women. For a while she also had a business making vestments for clergy and remaking items from used Kimonos. She invested much of her time working for the community and volunteering. She organized and ran a charity called Operation Hope that packed and mailed boxes of items for people in need. She, along with Don supported the Northfield Arts guild; Marge worked St. Olaf Chemistry registration for several years; and she acted as an election judge for many elections. Marge and Don also supported the work of Asian Rural Institute (ARI) in Japan that was developed by Don's college and graduate school roommate Tom Takami. Through the association with ARI they also gained a bonus daughter Kaori Takami. Marge was always very involved in her church community at First United Church of Christ in Northfield and where she served as a historian for many years. Marjorie had an open heart and was always interested in meeting and visiting with people of different backgrounds. When Don passed away suddenly in 2006 after 49 years of marriage, she continued to be involved in as many things as she was physically able to do. Eventually moving from their home into the Northfield Retirement Center. The fundamental activities in daily life are often treated invisible in society. Those activities Marge was diligently and quietly doing throughout her life were mainly to sustain/support others. Her children, the products of her love, hope, and prayers tucked in her devoted life, would like to express our heartfelt gratitude toward our mother as well as her community, which supported her to fulfill her life. She is survived by her son Stephen Tarr of Portland, OR; two daughters Elizabeth Tarr of Rosemount and Kaori Takami Natsume (Gary Natsume) of Brooklyn, NY; three grandchildren Paul (Katrina Acaster) Vorvick, Takumi and Koromo Natsume; her brother William Hooper of Atlanta, GA; and former daughter-in-law Janet Vorvick of Beaverton, OR. Marjorie was preceded in death by her husband, and her brother and sister-in-law Donald and Jackie Hooper. Services will be held via Zoom directed through the First United Church of Christ in Northfield on October 21 beginning at 3:00 with Reverend Lauren Baske Davis officiating. To view the service, please go to firstucc.org. If you wish to provide a gift please give in Marge's name to a charity of your choice. biermanfuneralhome.com.