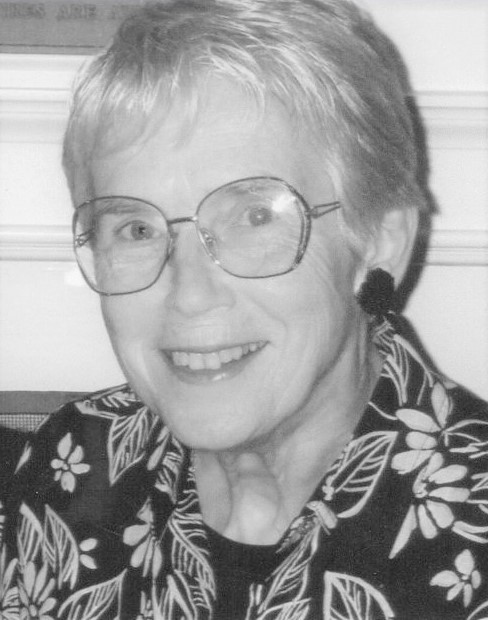 Yvonne Rose (Bonnie) Spielman Turnquist 1927–2020 Northfield—Bonnie Turnquist, beloved mother, grandmother, and great grandmother died peacefully in her sleep on Thursday, November 12, 2020. She grew up on a farm in Illinois and lived all over the Midwest 'til the tough age of 93. She was sharp, opinionated, and humorous. She always maintained her home so that nature—especially birds—could be right out the windows. Yvonne (Bonnie) Rose Spielman was born on June 13, 1927, on a dairy farm between Seward and Pecatonica, Illinois. She, her two brothers, her parents, and her paternal grandparents lived in a white farmhouse with several porches. It was fun for her to be able to go to the next room to see Grandma or Grandpa. They had a red barn and lots of farm animals including horses. One of her favorite stories to tell was about how her dad invited her to ride beside him on the wagon on a day trip to nearby Winnebago. The horses pulling the wagon were named Doll and Nance. That was a very special trip for her and her dad. As a kid she especially liked to play outside with her youngest brother, Lynn. Her middle brother, Tom, used to tease her a lot. She stayed very close to her brothers all her life until they died (both in their 80s). After finishing eighth grade at the Seward elementary school, Bonnie went to high school in Rockford. She and four other girls lived in a boarding house during the school year and managed to have quite a good time in between studying. After graduation from Rockford West she attended Knox College in Galesburg, Illinois. She majored in English, minored in drama, and studied piano as well. She was in quite a few plays during her college years. One of her drama buddies was Helen Turnquist. When Helen's very handsome brother, Bob, came back from the Pacific after World War II, Helen introduced him to Bonnie. They soon fell in love and got married. Bob worked as a salesman for Sunbeam appliances. The company transferred him all over the midwest and he and Bonnie had two children along the way: Holly and Ben. It was during this time that Bonnie passed on her love of gardening, birds, cooking, music, and books to her children. She and Bob liked to go to the symphony and to plays. She would often accompany him trout fishing and take wildlife photos while he fished. They both were always active in the Congregational Church (now the United Church of Christ). Their last transfer was to Grand Rapids, Michigan, where they finally settled down to stay. Bob died of cancer in the late '70s at age 49 and Ben died of a heart attack in the late '80s at age 28. After Bob died, Bonnie went back to school and took secretarial classes. She eventually got a job at Old Kent Bank (now Fifth Third) in Grand Rapids. At the bank she was known as Yvonne. She worked in the trust department. The people who worked in that department were nicknamed the "Death Squad" because they helped people to get their finances in order for their heirs. After retirement Bonnie's love of nature, art, and music found her on walks feeding treats to neighborhood dogs, volunteering at Frederik Meijer Gardens & Sculpture Park, and continuing to sing in the East Church choir. She enjoyed visits from her grandchildren Reed and Robin Fischer and Robert and Angelle Turnquist. After a stroke in 2010 Bonnie spent some time in assisted living in Grand Rapids and then agreed joyfully to come to Northfield to live near Holly. They took an epic trip across Lake Michigan on the Badger ferry. Holly's husband, Mark, drove the moving truck ahead and he and Reed had everything unloaded by the time Holly and Bonnie arrived at her new home. Bonnie enjoyed four years at Millstream Commons and almost two years at Three Links Care Center before her time was up. She attended First United Church of Christ as long as she could and loved to listen to the music there. Despite dementia and a less-than-cooperative body, Bonnie powered through so that she and her great granddaughter, Willa, could know each other. There will be a private family service at First UCC and a memorial service at a later date to be determined. www.northfieldfuneral.com

To plant a tree in memory of Yvonne Turnquist as a living tribute, please visit Tribute Store.
Load comments