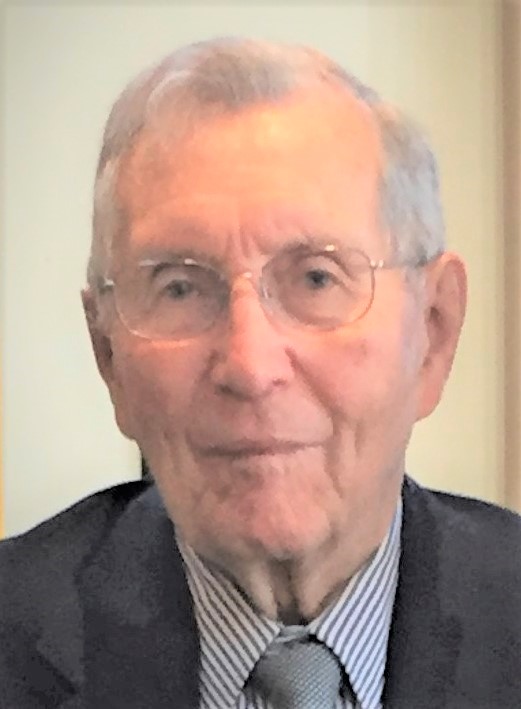 Walter D. Lee 1925–2019 Northfield—Walter David Lee was born on July 4, 1925, in Rochester, Minnesota, to the Rev. Clarence and Letta (Fjelstul) Lee, the second of the couple's four boys. The family soon relocated to Caledonia, Minnesota, where Walt excelled in academics and athletics throughout school. Upon graduation, Walt enlisted in the Navy and was stationed at Norfolk Naval Air Station, where in addition to his radio repair technician duties, he was a standout player on his base's basketball team. Following his military service, Walt enrolled at Hamline University, where he met Donna DeMann. They were married on September 3, 1949, at St. John's Lutheran Church in Northfield. They continued to live in the Twin Cities, attending the University of Minnesota, where Walt completed his dentistry degree and Donna earned her B.A. in education. In 1952, Walt and Donna moved to Northfield, where they started their family and Walt began his 40-year dentistry career. Walt was an active member of St. John's Lutheran Church, serving in various leadership capacities. He also served on the Northfield city planning commission and as a board member and president of the Northfield Golf Club. Walt was a talented golfer, a loyal Minnesota sports fan and an avid reader. At home and at the family cabin, he applied his proficient and creative skills as a handyman, and projects were always underway. Walt also became a skilled gardener, providing friends and neighbors with bountiful produce. He discovered an enjoyment of cooking, always trying new recipes and sharing favorites. For family and friends, time with Walt was filled with enlightened and entertaining conversation, often including stories from the "Lee boys" and other adventures that left the room gasping for air. It was this ever-present wit and his inquisitive and caring nature that made his quiet presence so powerful. After Donna's sudden death in January 2002, Walt was blessed to find love again with Thelma Nitz. They married at St. John's Lutheran Church and spent 14 wonderful years together until Thelma's death in 2017. Walt will be greatly missed by his children Deborah, David (Sue) and Rebecca, grandchildren Katie (John), Edward, Brian, Olivia, Margret and great grandchildren Luke and Drew, and by Thelma (Nitz) Lee's children Chris, Carolyn, David (Debby), Mary (Brenn), and grandchildren Paul, Emily, Caroline, Stephanie (Nate), Kristin (fiancé Richard), and great grandchildren Quinn and August. Walt is also survived by sisters-in-law Priscilla Lee and Kathy Lee, and many special nieces, nephews, other relatives and friends. Walt passed away on August 16, 2019 at the Northfield Retirement Center, with his family by his side, at the age of 94. Funeral services will be at 11 a.m., Thursday September 5, 2019, at St. John's Lutheran Church in Northfield. Visitation at St. John's one hour prior to the funeral. Memorials are preferred to St. John's Lutheran Church and the Northfield Retirement Center. www.northfieldfuneral.com

To plant a tree in memory of Walter D. Lee as a living tribute, please visit Tribute Store.
Load comments