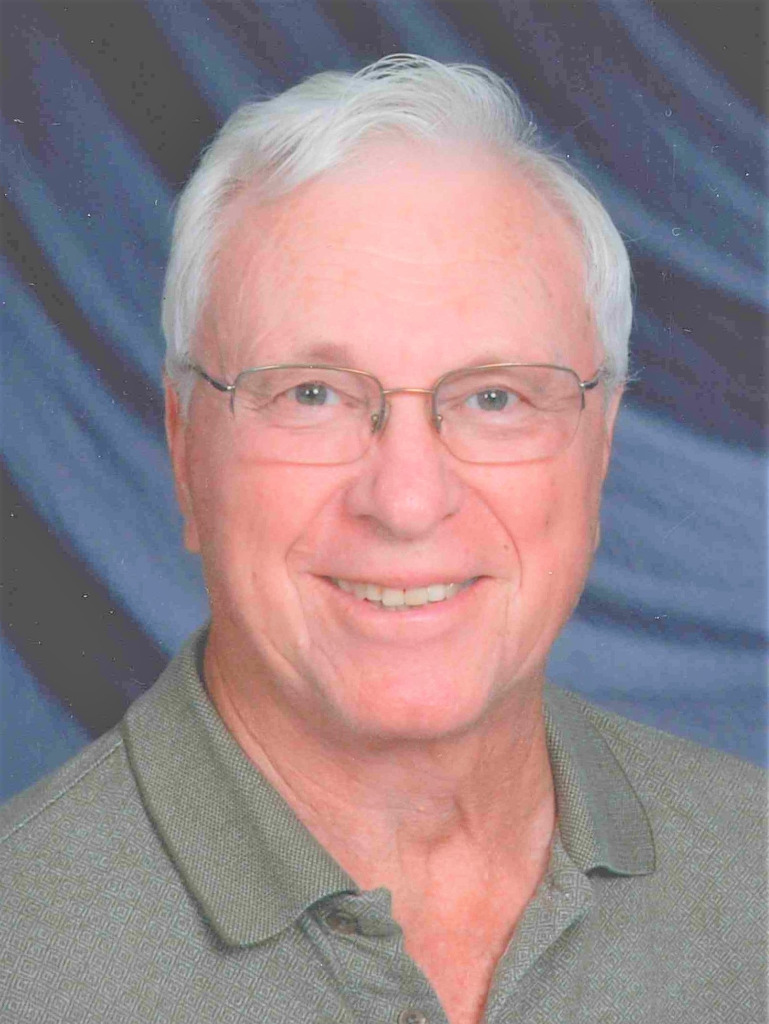 James Stenstrom 1937–2020 Northfield—Jim Stenstrom, age 83, passed away with his wife and family by his side on Thursday evening, November 19, 2020, at Benedictine Living Community. James Harold Stenstrom was born February 23, 1937, Braham, Minnesota, to Harold and Vivian (Carlson) Stenstrom. Braham had the closest hospital to the family home in Mora. Jim graduated from Mora High School in 1955 and attended vo-tech in Minneapolis for two years, studying watch repair, later apprenticing with his dad. On September 27, 1958, Jim married his high school sweetheart, Cordelia "Corky" Mitchell at German (now Zion) Lutheran Church. Jim and Corky moved to Thief River Falls where Jim learned the jewelry store business and took the Dale Carnegie course. In 1960, the family moved to Madison, South Dakota, and in 1962 to Northfield. In Northfield they opened their jewelry store at 320 Division Street. In 1977, after closing their business, Jim went to work for the maintenance department at Carleton College and also continued to do watch repair as a side business. He retired from Carleton in 1999. Jim immensely enjoyed his family and spending time with his friends. He and Corky enjoyed traveling - including trips to Arizona, Niagara Falls and Hawaii. He was an avid golfer, fisherman, gardener, enjoyed working outside and enjoyed skeet shooting at the Kenyon Gun Club. For many years he continued to work on watches and enjoyed the all-gauge Lionel trains he inherited from his dad. Jim was a longtime member of St. Peter's Lutheran Church and a former member of Rotary, Jaycees, Lions Club and the Northfield Library Board. Jim was well known, well liked and well respected by his friends in the Northfield community, and he will be greatly missed Survivors include his wife of 62 years Corky; his daughter Barbara (Steven) Reindal of Northfield; his grandchildren Nathan (Falon) Reindal, Nikki (Dylan) Fredrickson, Jessica (Ryan) Shokey; his great-grandchildren Maran, Evan, Brynn, Noah, Saylor, Breanne and Darrin; his sister Charlene Anderson of Austin, Texas; other relatives and friends. He was preceded in death by his son Ronald, his granddaughter Veronica, his brother Dale, and his parents. The funeral may be viewed on the St. Peter's Lutheran Church Facebook page at http://www.northfieldstp.org/ . Due to Covid-19 restrictions, the funeral is private at St. Peter's Lutheran Church. Interment is in Oaklawn Cemetery. Honorary Pallbearers are Pat Chappuis, Dylan Fredrickson, Boris Mokoff, Charlie Priore and Nate Reindal. Pallbearers will be Larry Bates, Mark Evans, Don Meese and Steve Reindal. Memorials are preferred to St. Peter's Lutheran Church. The family would like to thank the staff of Minnesota Hospice and especially Chaplain Michael Wasylik for the loving care they provided. www.northfieldfuneral.com