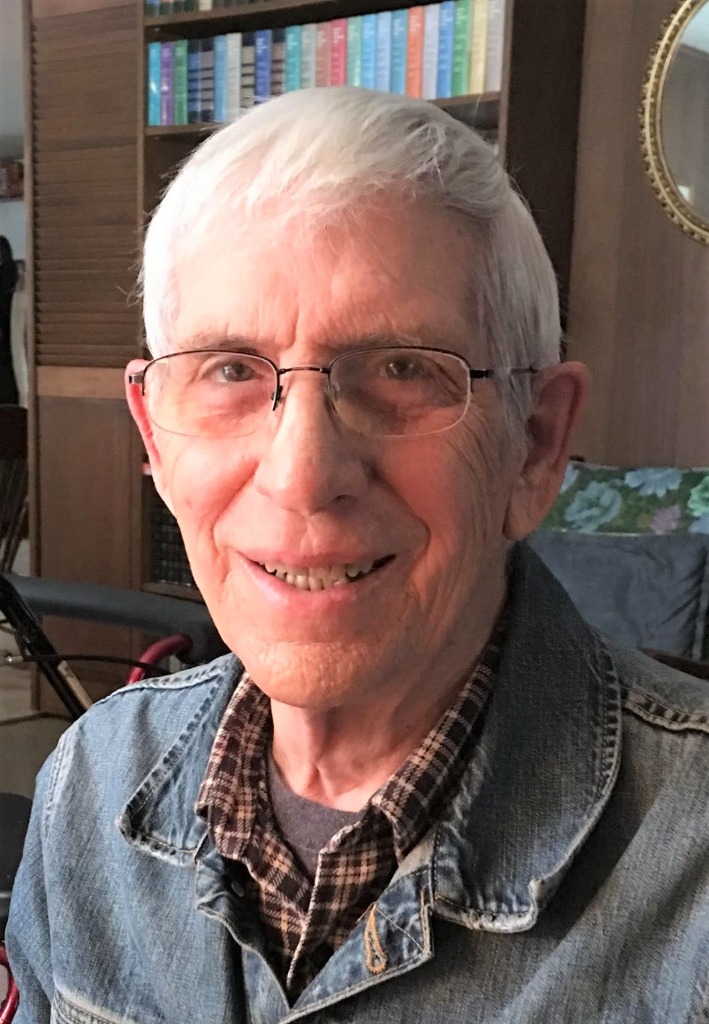 John W. Brogger Sr. 1935–2021 Northfield—John William Brogger, Sr., 85, of rural Northfield, went home to his Lord and Savior on January 3, 2021 after a brief hospitalization in Minneapolis. John was born on May 7th, 1935 in Mountain Lake, Minnesota to Neil M. Brogger and Wilma T. Fowler. He graduated from Larimore High School (ND) in 1953 and married the love of his life, Ardath Elizabeth Emslie on November 13th, 1954 in McCanna, North Dakota. He attended North Dakota State University (NDSU) until he enlisted in the United States Air Force in January 1955 and was stationed at the Lowry Air Force Base in Denver, Colorado until his honorable discharge on November 12, 1958. He returned to NDSU and graduated with a Bachelor of Science in Electrical Engineering in May 1962. John and Ardy raised their five children, James, Stephanie, John, Jeanne and Carol in Colorado, North Dakota, and Golden Valley, MN before settling in rural Northfield in 1971. John was an avid reader of electronic, political and local news and enjoyed making friends via his CB radio and the internet. He regaled others with his many stories, endless puns, and never-ending ideas for projects. He especially enjoyed time with family and his grandchildren were his absolute pride and joy. He is survived by his wife, Ardy; children, Stephanie (Gary) Norberg of Bloemfontein, South Africa, John Brogger of Tucson, AZ, Jeanne (Norm) Ciffra of Nevis, MN, and Carol (Steven) Fredrickson of Northfield; daughter-in-law Carol Brogger of Lenore City, TN; 18 grandchildren, 52 great-grandchildren, 2 great-great-grandchildren, and many step-grandchildren. He was preceded in death by his parents; brothers, James, Steven, and Richard; son James; and great-granddaughter Olivia Brogger. A visitation will be held from 11 AM to 12:30 PM on Friday, January 8, 2021 at Life21 Church, 2100 Jefferson Road, Northfield. A private funeral will be held following the visitation at 1 PM at the church. Pastor Gary Liker with Stanton United Methodist Church will be officiating. A link to view the service will be available with John's obituary at www.biermanfuneralhome.com. Interment will be in Stanton Cemetery. In lieu of flowers, memorials preferred to Stanton United Methodist Church, 1020 MN-19, Dennison, MN 55018. biermanfuneralhome.com