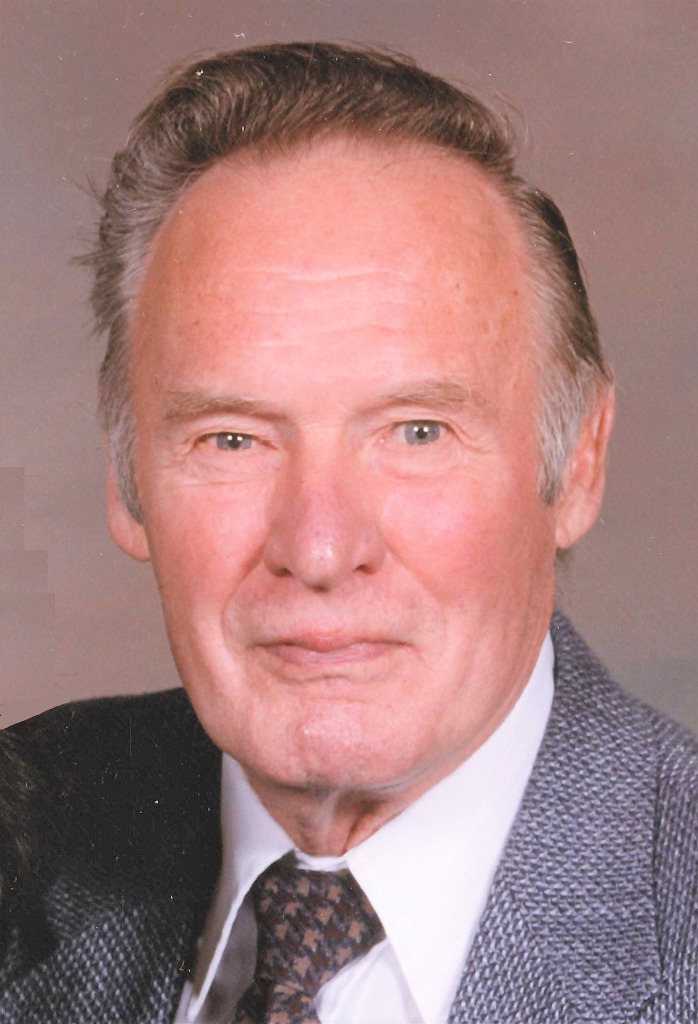 Gordon A. Rasmussen 1929–2020 Northfield—Gordon Arthur Rasmussen was born March 2, 1929, to Anton and Lillian (Braker) Rasmussen in Hazelwood (rural Northfield), Minnesota. He worked with farmers is the area, St. Olaf College and joined the US Army in 1948 at 19 years of age. He went to Military Police school in Oberammergau, Germany and was assigned to the 796th Military Police BN. He patrolled the streets of Vienna with the Austrian Police and International Patrol. They were portrayed in a movie "4 in a Jeep" representing Russian, French, British and American patrols. He was also On Guard at the American Embassy in Vienna. He was sent back to the U.S. and, pending transfer to Korea, was stationed at Camp Leroy Johnson, New Orleans, LA, where he met his future wife, Emelda. (He never went to Korea). After serving six years, he was Honorably Discharged in September, 1954 and came back to Minnesota. Gordon and Emelda were married in Minneapolis on October 8, 1955. They lived in Minneapolis, farmed in Hazelwood and moved to town (Northfield) in 1973. For 34 years, Gordon was employed at Thermo King in Bloomington, retiring in 1989. Gordon was a coin collector, liked to fish, hunt, play cards and dance. His favorite music was classic country. He enjoyed attending the athletic and musical activities of his children and grandchildren. Gordon was member of the VFW, American Legion, Eagles and attended Trinity Lutheran Church. He was a loving and generous husband, father and grandfather. His family includes Emelda; Kevin (Sheri), Matthew, Nathan of Washington; Darwin (Pamela), Brett, Emma, Nora, William of Lakeville; Amber, Teagan, Noah of Northfield; brothers Richard and Robert; and sister-in-law, Beverly. Deceased are brothers Gerald and Roger, sister Doris Barsness (Luther) and Jeannette (Al Lewandowski), and sisters-in-law Betty and Janet. Gordon died on Friday, January 31, 2020 at the Northfield Care Center. Blessed be his memory which will continue for generations. Services will be 2:00PM, Thursday, February 6, 2020, at the Chapel of the Northfield Retirement Community. Visitation will be one hour prior and a reception at the Parkview West Dining room will follow. Interment with Military Honors will be in Hazelwood Lutheran Cemetery, rural Webster. Thank you to the staff of the Northfield Hospital for all their efforts in caring for Gordon from emergency room to CCU. Thank you to the caregivers at Northfield Care Center who gave Gordon excellent, compassionate care for the last three days of his life. God bless you all. Memorials are preferred to Northfield Retirement Community, Northfield Community Action Center, Trinity Lutheran Church - Northfield. www.northfieldfuneral.com

To plant a tree in memory of Gordon A. Rasmussen as a living tribute, please visit Tribute Store.
Load comments