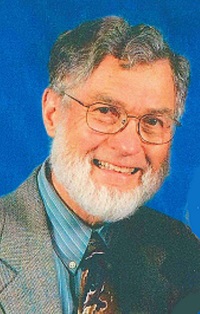 Richard D. Cover 1934–2020 Northfield—Richard D. Cover, age 86, of Northfield, passed away Sunday, November 8, 2020, at Northfield Retirement Community. Richard was born to James and Elizabeth (Wagner) Cover on February 3, 1934, their fifth child and youngest son, in Modesto, California. His siblings remember him as a cheerful, bright child who was sent to first grade at age five and a half, having already learned his numbers from his brother Bob. By the time he was in high school, he had two close friends, both named Carl, and many unique interests. He was chosen by Oakdale's tennis coach, Kay Maloy, to travel throughout the state for singles tennis matches. He loved music. At Oakdale High School, he played baritone horn, as well as an e-flat tuba in the marching band. Although he did not sing in the Oakdale choir, he was selected by Elisabeth Niedwerwerfer, choir director, to sing one of the leads in HMS Pinafore, after he and his friend Jon crashed the tryouts. During that time, he was working as a checker in a Lucky's grocery store and also milking 100 goats, morning and night, on a goat dairy in Riverbank, where he lived with his sister Betty and his brother-in-law Paul Thompson. It was there that at age 16, he met Carol Ostrom, a dear friend from Minnesota, of Paul's sister Grace Thompson. Thirteen hundred and ninety-two letters later, in 1954, he transferred from Sacramento State College to the University of Minnesota. He and Carol were married August 20, 1955 in Trinity Church in Minneapolis. Dick went to work for the Great Northern Insurance Company in Minneapolis in June of 1955 as underwriter. The company was later absorbed by the Chubb Corporation of Warren, New Jersey. He retired from Chubb forty-three years later as a premium auditor. Meantime he had traveled throughout the Midwest auditing corporations for their workmen's compensation exposure at the end of the fiscal year. He was often gone one week in five. When he and Carol lived in Osseo during the ten years she taught there, they were active in Trinity Church where they were married. He sang in the choir, was a deacon, missions' treasurer, and Sunday school teacher. He was also active in the Minneapolis Jaycees. He continued to commute when they moved to Northfield in 1970. He and Carol liked to say that they opened their Washington Street home to "love college students in the name of Jesus" and watched with amazement as God moved by his Spirit during that era. In 1979, Carol and Dick used SMSQ to build their Lincoln Street townhouse to make a home with her parents for seven years. During that time, Dick was treasurer of the townhouse association, active as a Lion, and a member of the Troubadours for fifteen years, as well as an Elder and Missions Treasurer for their New Covenant congregation. He was an integral part of classes Carol taught which they called Let's Be Well, keeping books, formatting her newsletters, registering and videotaping her classes and the seminars she hosted at St. Olaf during the 90's and until 2007. Dick and Carol were blessed to travel to Turkey, Israel, France, Scandinavia, Bangladesh, the Virgin Islands, Alaska and Hawaii. He is survived by his wife of 65 years, Carol of Northfield; their daughter Christianne Harkness of St. Paul; their son Drew (Susan) Cover of Hamburg, Germany; grandchildren Mary Harkness (Phil Bieber,) Fritz Harkness, Magdalena Cover, Celestia Cover; great grandchild Asha Bieber; and his sisters Betty Thompson of Modesto, and Nancy Ames of Louisville, KY. He is preceded in death by his parents; a great grandson Aiden Harkness; and his siblings Louise Buckley, Joseph Cover and Robert Cover. Visitation will be at Bierman Funeral Home and Crematory on Wednesday, November 18, 2020, from 2:00 PM to 4:00 PM. biermanfuneralhome.com.

To plant a tree in memory of Richard D. Cover as a living tribute, please visit Tribute Store.
Load comments