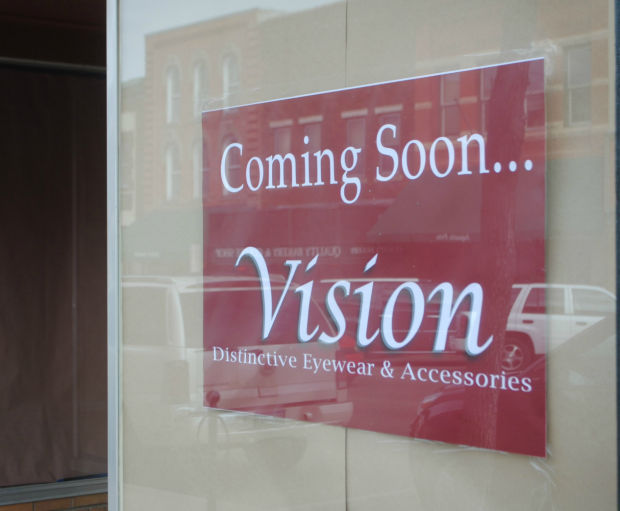 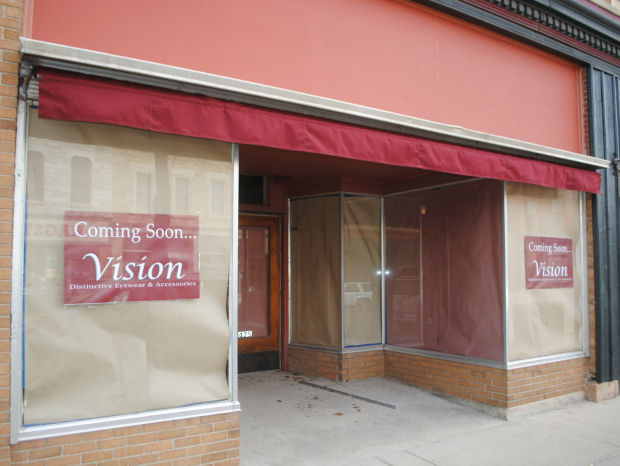 By mid-April, the paper should be down out of the windows so that folks can “see” inside of Vision. (Kevin Krein/Northfield News) 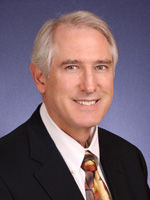 Having worked in Northfield since 1983, Patrick O’Neill says that the thing he loves most about his line of work is the people. (submitted image) 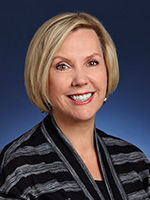 Gail Kaderlik has managed the optical portion of River Valley Eye Professionals for about a year. (submitted image)

By mid-April, the paper should be down out of the windows so that folks can “see” inside of Vision. (Kevin Krein/Northfield News)

Having worked in Northfield since 1983, Patrick O’Neill says that the thing he loves most about his line of work is the people. (submitted image)

Gail Kaderlik has managed the optical portion of River Valley Eye Professionals for about a year. (submitted image)

Dr. Patrick O’Neill had a “vision.”

That’s fitting, considering he has been an optometrist since 1982 and has been practicing in Northfield since 1983.

As the founder of River Valley Eye Professionals, O’Neill and the clinic were in a few different locations around Northfield prior to moving to the south end of town in 2004.

Ironically, he said that in moving, they lost visibility.

For nearly a decade, O’Neill said that he’s entertained the notion of opening a retail-only optical shop someplace in the downtown area, but that none of the locations he looked at ever felt like the right fit.

When the former Monkey See, Monkey Read building on Division Street opened up, O’Neil looked at the space and said he had an epiphany.

That epiphany is now coming together in the form of “Vision,” a shop that O’Neill says will specialize in sunglasses (both prescription and not), unique reading glasses and “fashion forward” designs for glasses frames.

“We get (some) people that come in to the clinic and we give them their eye prescription and they don’t see something that they like in the eye-wear we offer,” he said. “People don’t think of us as ‘high end,’ so what we’re going to offer is something edgy, something really different. Something you wouldn’t find in an eye clinic.”

O’Neill said that with the clinic being so far removed from Division Street, they lose out on a lot of markets.

“We don’t get any college kids,” he said. “We did a campus survey and 86 percent of college students go back home for their eye care.”

College parents and tourists in the summer are the other demographics that O’Neill is hoping to capitalize on with Vision.

The goal is to have a soft opening for the shop by mid-April, with a grand opening arriving later once the staff is certain that operations are running smoothly.

Managing Vision will be Gail Kaderlik, who comes from an extensive background in retail optical. Kaderlik has been with River Valley Eye Professionals for just about a year and she said that she’s looking forward to “envisioning” (no pun intended) what the new shop is going to be like.

Kaderlik said that she wants Vision to be the place people will go to find eye-wear that they desire, and that she hopes the customers will be excited about the styles of glasses and frames they plan on offering.

Outside of designer brands and updated styles, Kaderlik said that the customer service experience is what she wants to focus on with Vision.

“We want to provide a quality product and quality service,” he said. “We want people in the community to be proud of us.”

Kevin Krein is a general assignment reporter for the Northfield News. You can reach him at 507-645-1106.

Dr. Pat O'Neill was recently reappointed to the state Board of Optometry by the Governor's Office.

O'Neill said he's been on the board for about five or six years, and that it's primary function is public protection within the field. "We work for the public," he said.