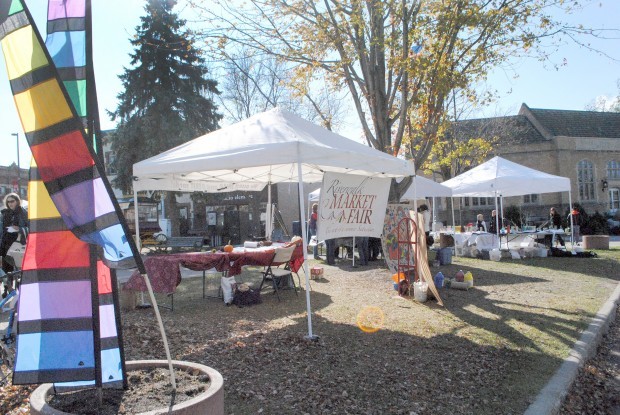 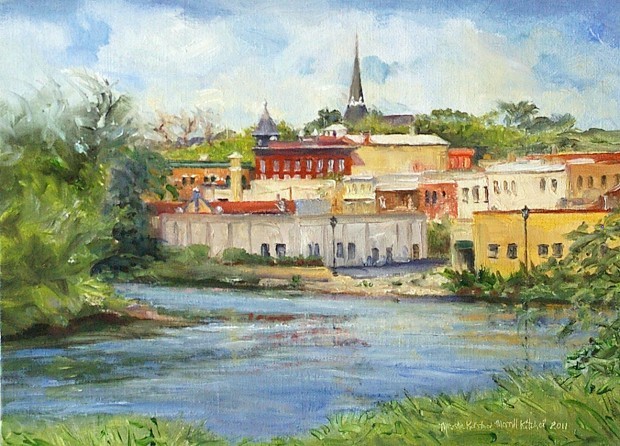 Marsha Kitchel sold paintings like this one, called “Northfield on the Cannon,” at the Riverwalk Market Fair. She did good business at the fair and now has her art appear at the Northfield Arts Guild and Northfield Senior Center, to name a few. (Submitted photo) 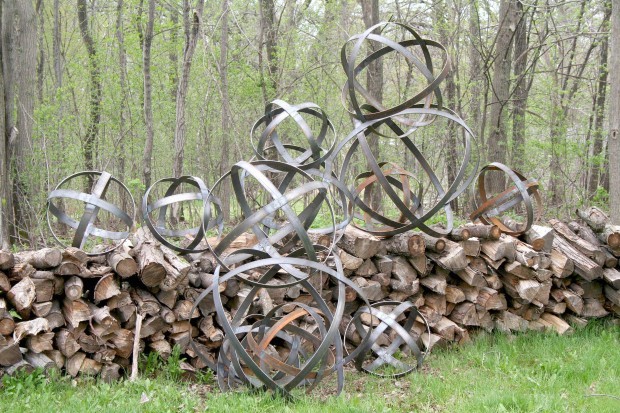 You can see the work of Jennifer Wolcott at the 2013 Riverwalk Market Fair, which starts on Saturday and runs for 21 weeks. (Submitted photo) 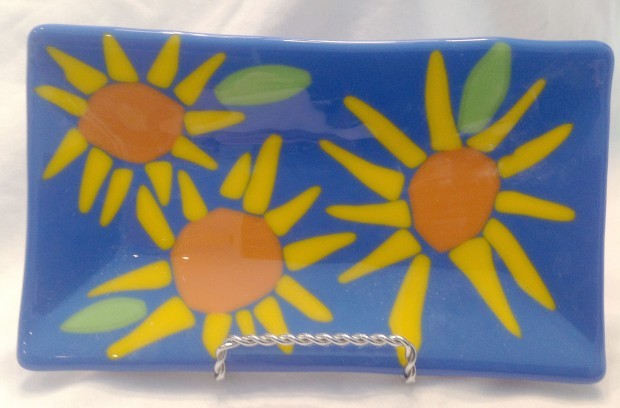 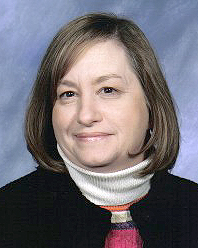 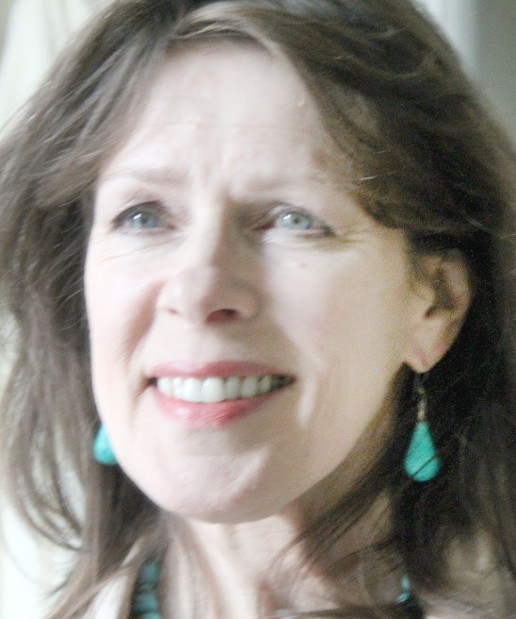 Marsha Kitchel sold paintings like this one, called “Northfield on the Cannon,” at the Riverwalk Market Fair. She did good business at the fair and now has her art appear at the Northfield Arts Guild and Northfield Senior Center, to name a few. (Submitted photo)

You can see the work of Jennifer Wolcott at the 2013 Riverwalk Market Fair, which starts on Saturday and runs for 21 weeks. (Submitted photo)

In June 2010, Geralyn Thelen pitched a small tent over her arrangement of fused glass artwork, sat back and waited. It was the beginning of a long summer selling her delicate pieces in downtown Northfield.

Thelen is one of a many local vendors to grace Northfield’s annual Riverwalk Market Fair. Founded in 2010 by local artists and entrepreneurs with the support of the Southern Minnesota Initiative Foundation, the open-air market offers a variety of live music and special events, artisan foods and local artwork.

Riverwalk will run in Northfield’s Bridge Square every Saturday from June 1 until Oct. 26, except on Sept. 7, which is during Defeat of Jesse James Days weekend. New hours are 9 a.m. to 1 p.m.

After a long winter, the fair provides an opportunity for fun and celebration of Northfield culture. Thelen embraces that notion.

“People like my work because it is so colorful and makes them feel good Thelen said. “People come into my booth and say they can feel the joy, which is important when times are tough and gloomy.”

While Riverwalk’s wares are of a local flavor, its influence extends beyond its mother city. According to a 2012 economic impact survey, 31 percent of the 2012 Riverwalk visitors came from outside of Northfield. The fair draws tourists from areas including the Twin Cities, Owatonna, Albert Lea, Red Wing, Rochester and the five-state area.

For Thelen, the benefits of incoming tourism have already come to fruition.

“My pieces have been taken all over the world,” she said, noting that people who travel internationally often bring her glass art with them as housewarming gifts. “I have some in Australia, Italy, Spain, Sweden.”

Riverwalk’s regional influences have brought increased prosperity to Northfield’s economy. Since its 2010 debut, Riverwalk vendors have made over $422,500 in revenue, and the same economic impact survey determined that 2012 visitors spent $136,000 at local businesses.

To bolster the fair’s ongoing success, the Economic Development Authority (EDA) of the City of Northfield recently approved an $18,000 budget for the staffing and promotion of the 2013 Riverwalk Market Fair.

“EDA support of the Riverwalk Market Fair will help make Northfield a magnet regional center for the arts, which is part of the city’s plan for economic development,” EDA president Jack Hoschouer said in a press release. Many local artists were born and grew as a result of the Fair’s resources and connection opportunities.

Marsha Kitchel, a painter of portraits and Southeast Minnesota landscapes, is considered a Riverwalk success story. Riverwalk turned painting from a passionate hobby into a vocation and a business after a job loss for Marsha Kitchel. She was at Riverwalk Market Fair every Saturday the first year.

After selling her first painting for more than $900 at the 2010 Riverwalk, she has since “graduated” the fair. Her pieces appear, among other places, at the Northfield Arts Guild and the Northfield Senior Center.

“Riverwalk changed my life, kick-started a career from what had been a hobby, and put me in touch with thousands of people,” Kitchel said.

Wrestling steel is a daily part of the job for Wolcott. Her father, an art professor at Carleton College, taught her to weld while doing farm equipment repairs when she was 12. Wolcott calls his style “artistic farm welding” because for her dad “machine repair was more art than science.

“It’s my hometown and a receptive audience,” she said in a release. “Riverwalk is easy, quick and I can turn up when I am available.”

Wolcott feels Riverwalk can serve a role for a larger number of established and successful artists, while improving the quality and variety of Riverwalk’s offerings each week.

Now in it’s fourth year, Riverwalk is located in Northfield’s historic downtown on Bridge Square along the scenic Cannon River. Hours are 9 am to 1 pm, rain or shine.

Local farmers will be on hand with fresh-picked early salad greens, radishes, a variety of bedding plants, eggs and flowers.

Watercolors, prints, mixed-media paintings, ceramics, photography, glass art, and jewelry are among the art and fine crafts for sale on opening day.

Kathy Miller, one of Riverwalk Market Fair’s most popular artists, will return with her latest floral and landscape watercolor paintings. Her “White Peonies” won the prestigious “Best of Show” award at the Minnesota Watercolor Society’s 2013 Juried Spring Show. Kathy opens a new show at the Northfield Arts Guild on June 14. (www.kmillerwatercolors.com)

Monica Irwin of Budding Farmers, a new project that connects children with healthy food at farmers markets and through community supported agriculture, will host an interactive activity for young people designed to encourage the love of farming. (www.buddingfarmers.com).