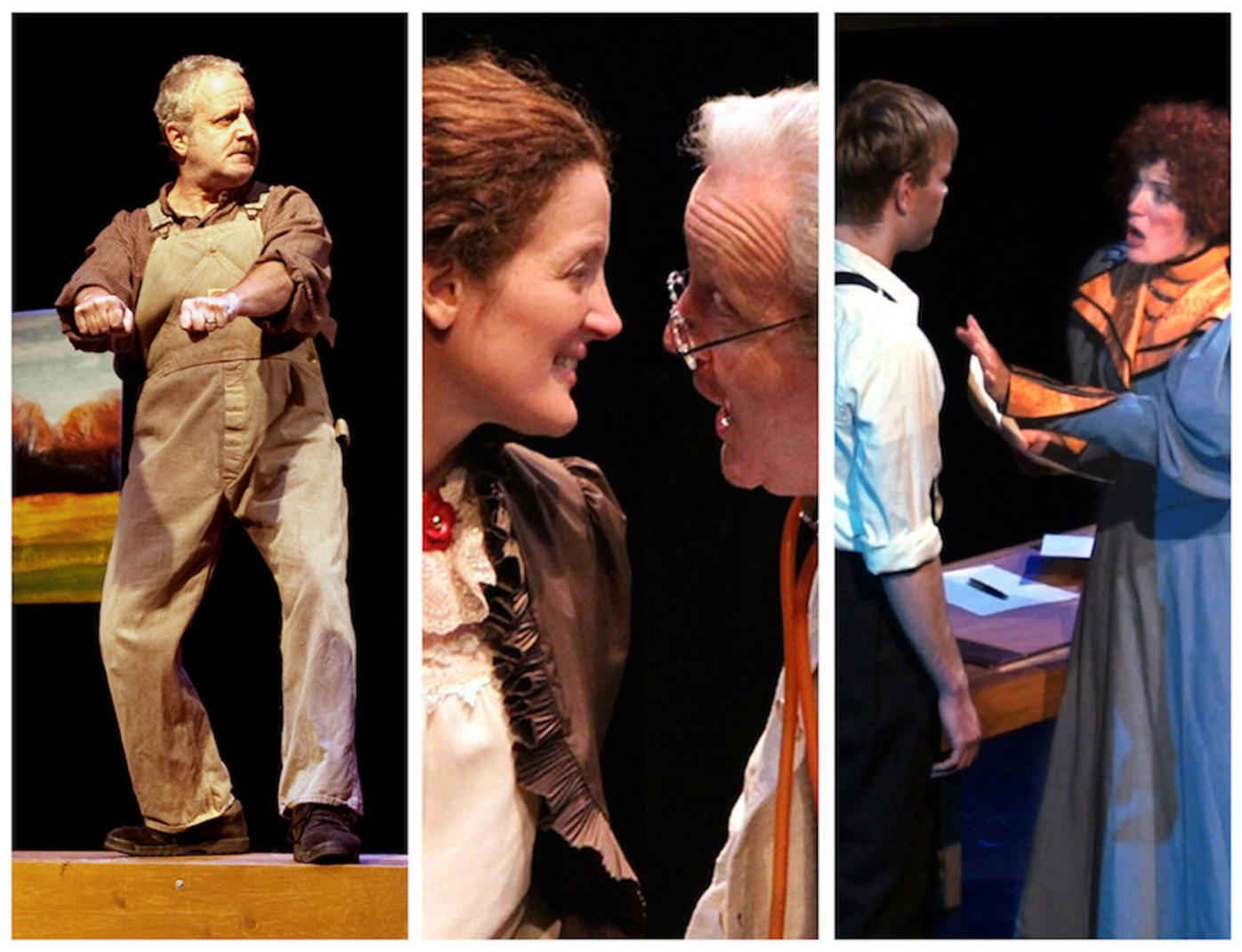 In his classic 1919 work, “Winesburg, Ohio” author Sherwood Anderson wrote, “only the few know the sweetness of twisted apples.”

“Twisted apples” refers to a passage in the book where Anderson describes apples from the orchard in Winesburg that are left by the pickers. They are the ones whose sweetness has gathered into a “little round place at the side of the apple.”

Anderson’s work tells the tale of small town Winesburg, Ohio and its inhabitants — their loneliness and how they react to the sometimes stifling constraints of living in a small town.

“Twisted Apples: Stories from Winesburg, Ohio” brings Anderson’s characters to life through music and will have a weekend run March 17-19 at the Northfield Arts Guild Theater.

Jim Payne and composer Robert Elhai created the piece, which follows the novel’s theme of loneliness and isolation through dreamers in a small town in the 1900s.

“The stories we have chosen to dramatize each focus on one or two characters, and they reflect the general themes of ‘Winesburg’: the conflict between the practical demands of everyday life and a creative life of the imagination …” Payne wrote in his playbill notes.

Ben Krywosz, Nautilus Music Theater artistic director, leads the production of “Twisted Apples” as the show’s stage director. Gary Briggle, JP Fitzgibbons, Joshua Hinck, Norah Long and Eric Morris are part of the cast. Jill Dawe and Jerry Rubino are the musical directors of the show, which is in the midst of touring the state. It has been performed at the Minneapolis Fringe Festival in the past.

The music of the production is largely Americana and roots-based with piano, violin, accordion and string bass present.

“The music really fleshes out what happens between the lines,” Krywosz said. “We don’t go to see how the plot unfolds, what musical theater does is tell the story behind the story.”

“Twisted Apples: Stories from Winesburg, Ohio” is three one-act pieces put together, much like the novel, which is a collection of short stories about townspeople in Winesburg.

Tickets: $15 for adults, $10 for students and seniors. Tickets are available by calling 507-645-8877, at the Northfield Arts Guild Center for the Arts at 304 Division St. S in Northfield or online at northfieldartsguild.org/theater/special-theater-events/.

The Northfield Arts Guild office, shop and gallery is open Monday through Friday noon to 6 p.m. and Saturdays from 11 a.m. to 3 p.m.