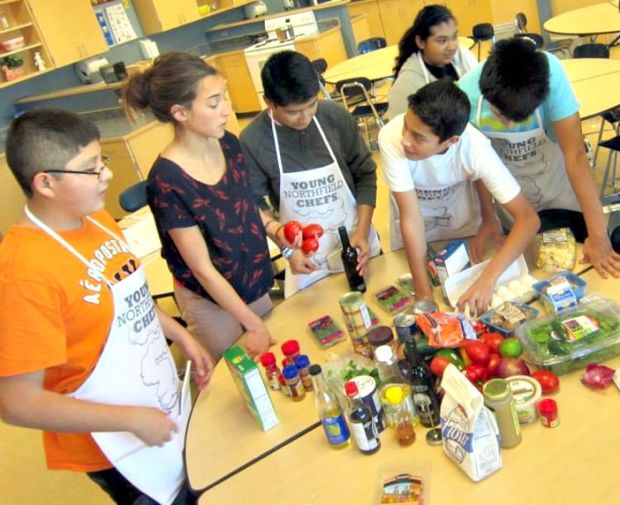 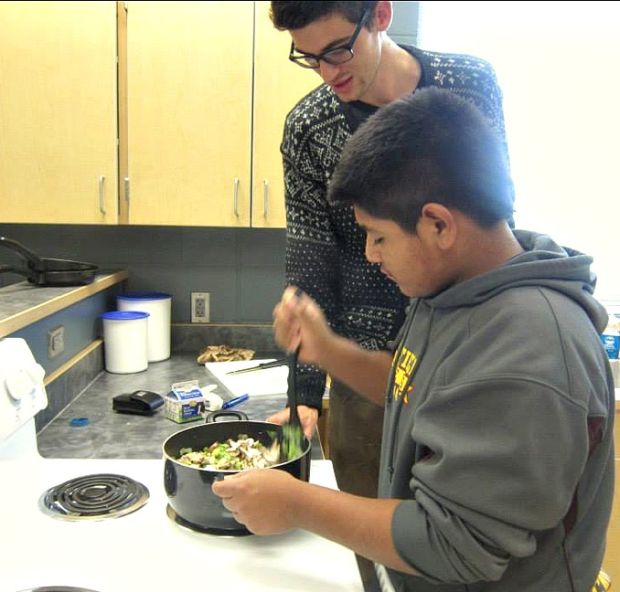 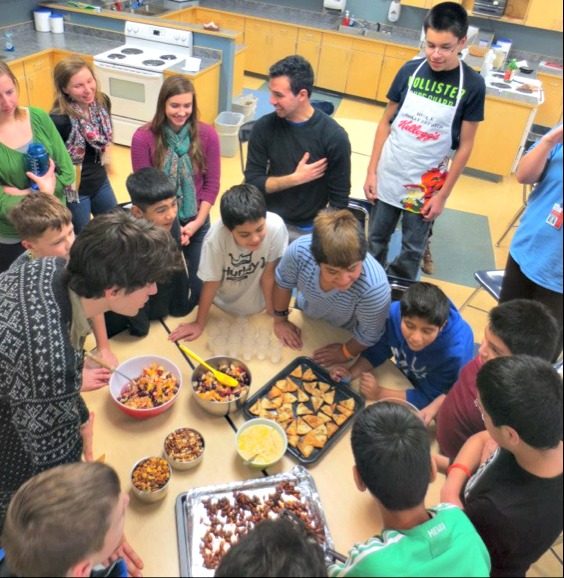 When Vayu Maini Rekdal was considering his college options, he knew he had to make a choice: cooking or science.

Leaning towards the more academic route, Rekdal enrolled at Carleton College where he soon found he could have the best of both worlds, majoring in biology while co-founding the Firebellies, a cooking club on campus that has engaged more than 500 students. But he wanted to take it a step further.

While meeting once or twice a week with classmates to cook and taste new dishes was enjoyable, Rekdal couldn’t shake the desire to share his passion with a different crowd and maybe do some good in the process.

“We realized that people are so excited about food and that cooking together is a great way to build relationships,” said Rekdal. “So we wanted to bring it to the community and specifically youth.”

As an 8-year-old boy, Rekdal not only was caught between boyhood and adolescence, but three different cultures, trying to find a middle ground with his Indian, Cuban and Norwegian relatives. To his surprise, he found the common denominator in the kitchen and hasn’t left since.

Hoping to empower young boys with the same skills and sense of self he gained from cooking at an early age, Rekdal pitched the idea of a Young Chefs Club to Linda Oto, Youth Development Coordinator for Northfield Community Services, who jumped at the opportunity to reach boys at a transitional time in their lives.

“One of the things we try to do [at the Northfield Middle School Youth Center] is provide as many new learning experiences as possible,” said Oto. “We struggle to engage boys with activities that aren’t physical so it seemed like a great time to try something like this.”

Though the boys were skeptical initially, after the first session, which focused on knife skills, they were hooked. Now after a year of cooking, experimenting, learning and bonding, both middle schoolers and Carleton volunteers are still coming back for more.

“We’ve had so much interest we had to turn people away,” said Emily Pence, a junior at Carleton and co-founder of Firebellies. “You’re creating something together and it’s just so satisfying.”

Due to the widespread interest in the program, this year Pence and Rekdal have not only expanded the club to include girls but will also be starting a chefs club at Faribault Middle School, primarily for Somali youth.

“We have quite a few kids in our program that are new to the U.S. that are still a little shaky on math and English and this will give them a chance to practice both skills,” said Carolyn Treadway, coordinator of the Connections after school program at Faribault Middle School.

Measuring ingredients and doing various calculations for different recipes get students practicing math concepts but the Young Chefs Club also gives kids the opportunity to become kitchen scientists, experimenting with temperature, chemical properties and flavors to create a product they can test and eat.

In an attempt to quantify skills gained by participants and emphasize the scientific aspect of cooking, Rekdal and Pence are in the process of creating concrete lesson plans and lab notebooks for students to make hypotheses, record observations and measure success.

“I love science because it helps me learn about food,” said Rekdal. “We’ve really started to get the students thinking about the connection between cooking and science. They’re doing and learning about science without even knowing it.”

The two hours Carleton volunteers and middle school students spend together once a week also gets kids, many of whom could be first-generation college students, thinking about their future and asking questions of their new-found college friends.

“Connecting with college-age individuals will be one of the great benefits of this program,” said Treadway. “Having the opportunity to actually know a college student will be much more effective than college preparedness curriculum we could provide.”

Though Rekdal graduates next spring, he doesn’t see that as the end of his educational endeavors or those of local youth with a taste for good food and willingness to experiment.

“We want to share this program with not just Northfield schools but other schools across the United States,” said Rekdal. “We believed in this idea and realized it was something that had a lot of power and potential. Now we have to make others believe in it, too.”