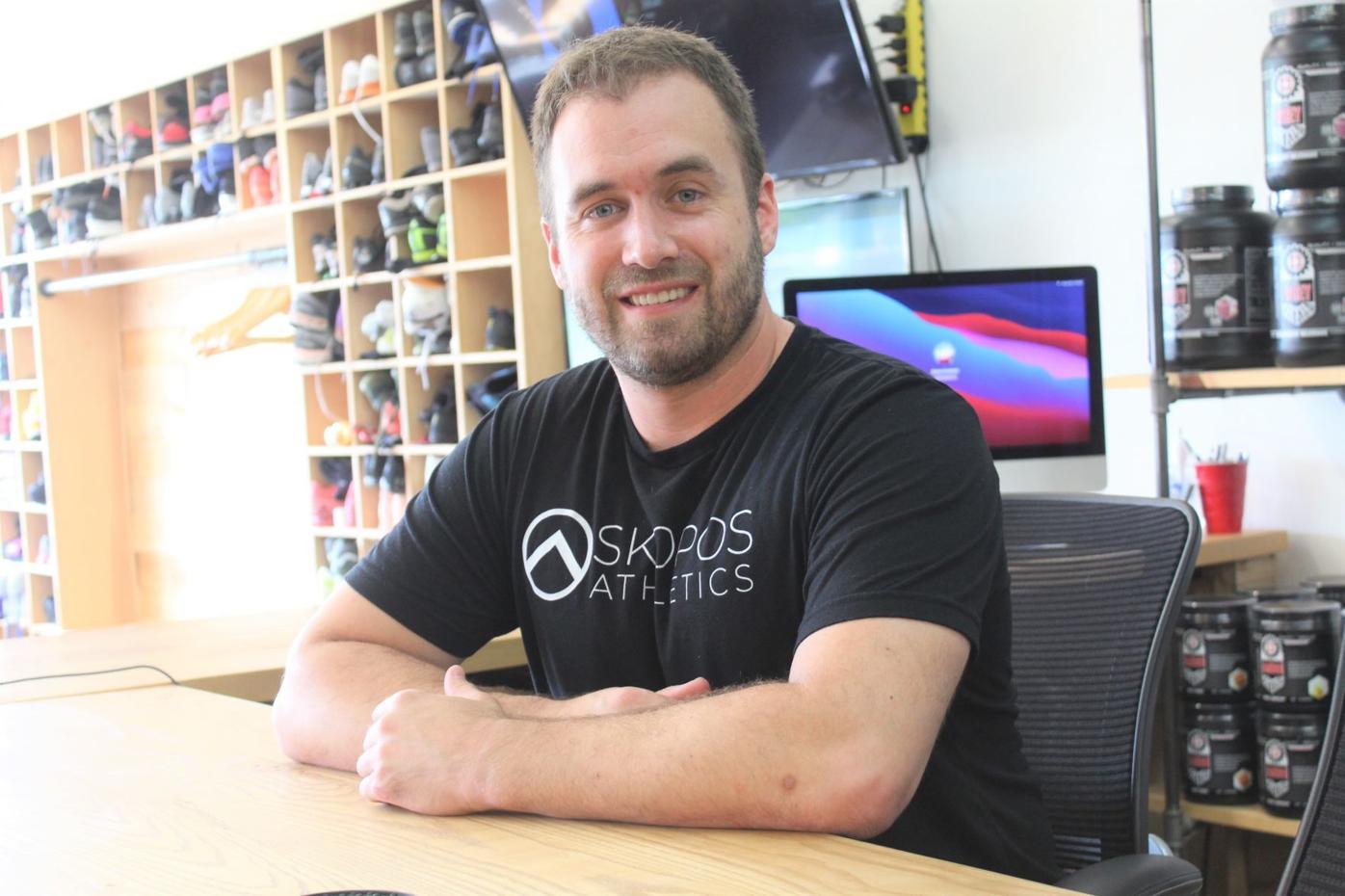 Skopos Athletics owner Greg Berube, who opened his business in December 2015, is now planning to move to a neighboring space, a move expected to open up 3,200 more square feet for his establishment. Skopos, along with another local gym, Cannon Fitness & Performance, are expanding despite a pandemic that temporarily sank revenue levels. (File photo/southernminn.com) 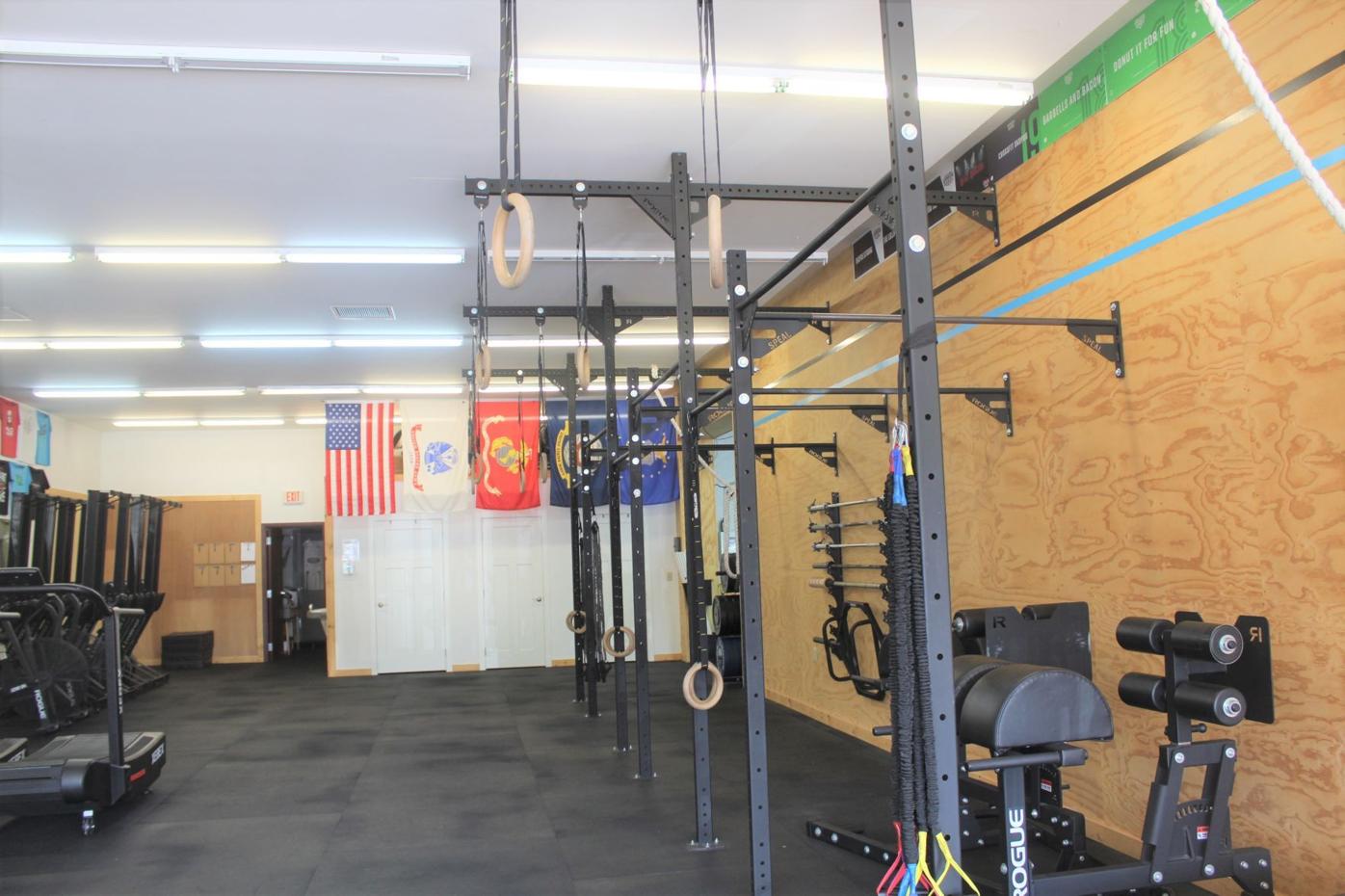 Berube said many offerings are currently restricted due to space constraints at the current facility, 396 Schilling Dr. (Sam Wilmes/southernminn.com)

Skopos Athletics owner Greg Berube, who opened his business in December 2015, is now planning to move to a neighboring space, a move expected to open up 3,200 more square feet for his establishment. Skopos, along with another local gym, Cannon Fitness & Performance, are expanding despite a pandemic that temporarily sank revenue levels. (File photo/southernminn.com)

Berube said many offerings are currently restricted due to space constraints at the current facility, 396 Schilling Dr. (Sam Wilmes/southernminn.com)

A Dundas fitness center is set to move into a nearby space with 3,200 more square feet by this fall.

Skopos Athletics owner Greg Berube, who opened his gym in December 2015, said the expansion would be part of the final evolution of the company he founded. Berube said he’d like to provide clients with a more well-rounded experience, but has limited space at the current facility, 396 Schilling Dr.

The new space, once occupied by the former Subway, Gooter’s and Fastenal at 200 Schilling Dr., is expected to allow for two distinct workout floors and a third workout space, providing greater flexibility. In addition, a formal reception area and massage space will be added. Berube would like the new facility to serve as a “wellness center” rather than solely be a gym, wants to include yoga and possibly hire a chiropractor and massage therapist.

The Rice County Board of Commissioners recently authorized a $50,000 equipment loan for the business through the county’s Revolving Loan Fund program. The initiative, established in 2011, is a tool to stimulate private sector investment.

“It will add to the Rice County community’s viability,” Economic Development Coordinator Kathy Feldbrugge said prior to commissioner approval. The new facility “will add beneficial services and jobs,” she added.

Fastenal relocated its Dundas operation in December, and Subway and Gooter’s closed. Following the Fastenal move, Berube noted they began “serious conversations” with the building owner and realized it was time to relocate.

Skopos itself was heavily impacted by the pandemic. Berube noted the gym, at the start of COVID-19, had approximately 140 members but dropped to around 80 during the pandemic — an immediate 40% to 45% reduction. Skopos continued offering online services and equipment rentals during the shutdowns, not easy for a company that places a heavy emphasis on in-person interaction. In January, following the ending of the statewide shutdown order Gov. Tim Walz issued during the deadliest stretch of the pandemic, potential members were nervous about contracting the disease before picking back up in March, he said. Membership has since risen to 110.

“We were kind of going on faith that it was going to rebound, and in the process of buying the building, and kind of believing it would rebound and then actually seeing it rebound well has been very nerve-calming,” Berube added.

Berube, a St. Paul native, initially embarked on a 10-year career in student affairs. He got his start working at St. Olaf College as a hall director/area coordinator. He eventually realized that career only gave him a limited ability to impact the lives of others, especially with the number of rules and red tape he says exist in higher education. He had served as a part-time coach, enjoyed how he could empower others, and eventually realized that a full-time career in the fitness industry was an attractive option. Northfield also proved to be a place Berube had fallen in love with while he was in St. Olaf.

“It was kind of the feel that I wanted and it was a town that could support a gym of this style,” he noted.

Skopos initially opened in an adjacent former RadioShack suite for 2½ years before taking the place of Behr’s Flooring after the business moved to the former Kmart building.

Initially, there were sacrifices. It has taken six years for Skopos to become self-sustaining, and COVID-19 caused further hurdles. Now, as pandemic conditions continue improving in the U.S., Berube said Skopos is nearing its final stage of evolution and won’t need to adjust too often in the future.

Berube said his favorite part of running the business is the people he interacts with, building relationships, and seeing how community members who have never met each other forge bonds through their membership. Members are frequently battling mental hurdles, a challenge Berube said can be just as pressing and difficult as the physical component of working out.

Another challenge he has is informing members with immediate fitness goals of his belief that permanent changes rarely happen quickly. As part of that journey, he said members must learn to love the process of reaching their long-term benchmarks. Skopos embodies that belief: The word is Greek and relates to setting one’s sights on a far-off goal.

Another goal for Skopos, Berube says, is helping his customers develop healthy habits and develop self-confidence. Though he knows members may eventually move on he hopes to leave them with positive habits and thinking patterns that forever change their lives.

“I like to tinker, I like to take something that is pretty good and make it awesome, make it even better,” Berube noted. “So when I get to play with how we function and make it a little bit better, or even in training someone one-on-one, finding something that isn’t working right and making it a little bit better, those are the fun moments for me as a coach.”