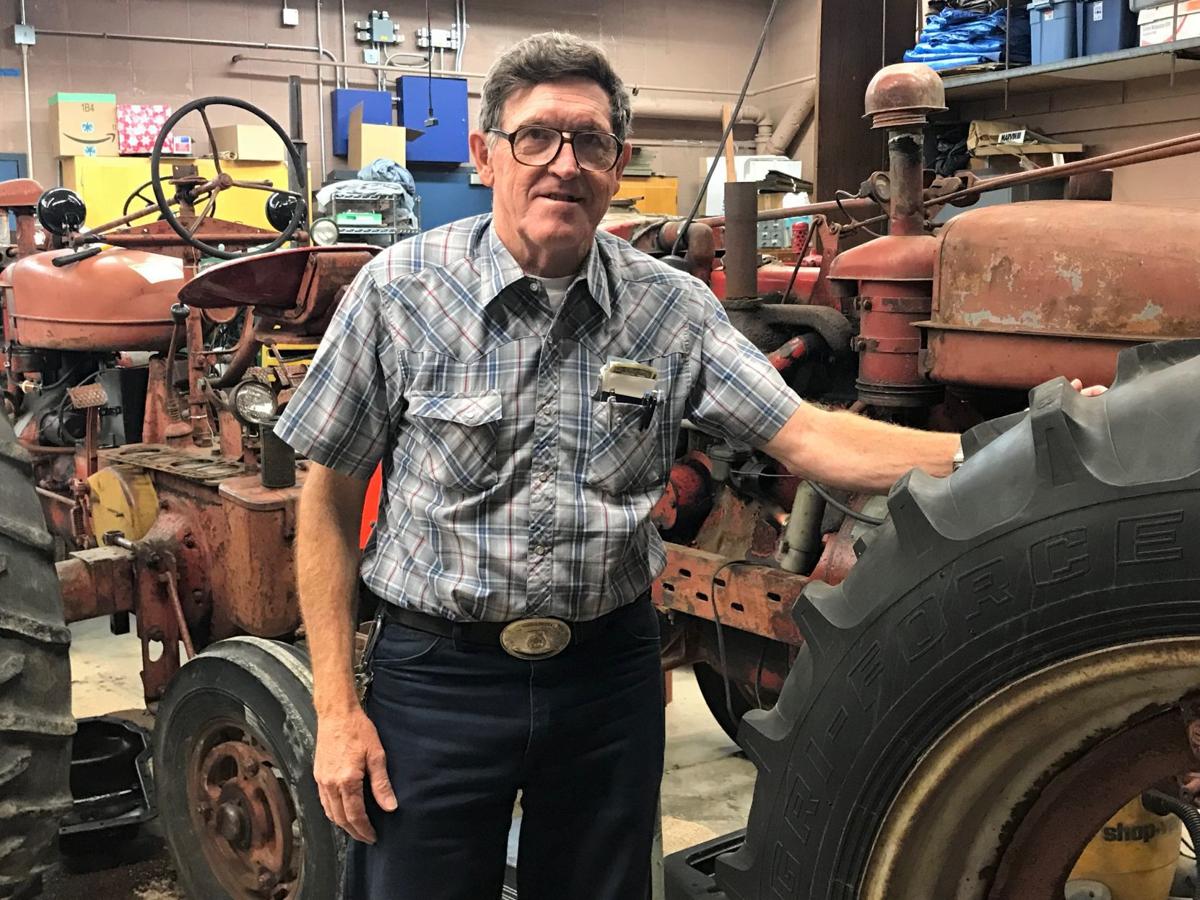 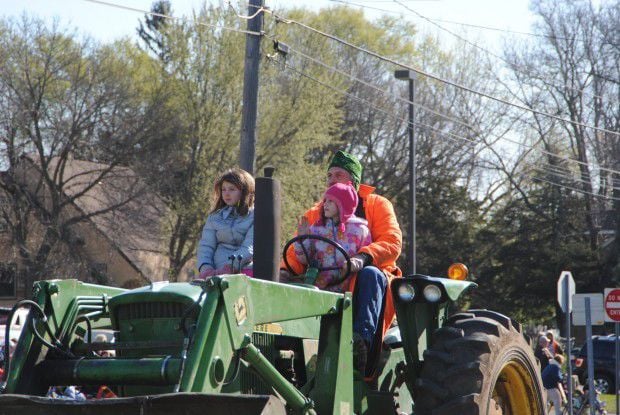 A really young driver gets her start behind the wheel at the annual Randolph tractor parade. It’s an event Ed Terry’s students look forward to each year. (Daily News file photo)

A really young driver gets her start behind the wheel at the annual Randolph tractor parade. It’s an event Ed Terry’s students look forward to each year. (Daily News file photo)

Randolph agriculture teacher Edward Terry has been a teacher for nearly 50 years.

Terry, who now teaches on a part-time basis while remaining a full-time farmer, received recognition for his instruction by being named the Minnesota Outstanding Agriculture Teacher of the Year in July in Brainerd. The award covers ag teachers at the high school and college level along with farm management instructors. He was the first part-time ag instructor to be selected for the honor.

“It’s very much a peer process,” he said.

“I had a good experience with my ag teachers in Northfield, and so I went to college and got a degree in teaching high school agriculture,” he said.

Following his father’s retirement from farming in 1974, Terry and his brother, Dave, assumed control over the operation. Terry then took a three-year break before he was contacted about the Randolph ag teaching position for the 1977-78 school year.

“They finally wore me down, and I sat down with my wife and my brother, and we decided we’d find a way to make it work, to give these kids opportunities,” he said.

Today, Terry is the school’s FFA advisor and instructs a core curriculum that includes a introductory course, and classes on forestry and conservation, animal science, plant and soil science, and farm power, and mechanics.

Terry, who will be 74 by the time this school year ends, says he still enjoys both of his jobs.

“I feel good,” he said. “Kids are good. We have good community support here. We have a strong superintendent who is very supportive.”

The fulfillment Terry gets on the job comes from seeing his students develop, grow and achieve through the school’s FFA program. Throughout his more than 40 years at the district he has taught town leaders and major players in the ag sector.

The evolution of the farming industry during Terry’s teaching career is hard to fathom. In 1968, items like GPS systems and GMOs were not on the radar. Those changes to the industry have forced Terry to adapt. Despite the changes to the industry, including the decrease in the number of small farms, Terry said teaching ag courses at the high school level remains important.

“They want to know where their food comes from. And what better place to learn than an agriculture class?” he said.

Terry has a unique layout for his FFA students. A Randolph High School graduate who died in the Vietnam War left the school 40 acres of farmland to the district, space that is still used by the school to teach students. During his tenure, the annual tractor show students put on has grown from 27 to 120-130 machines. He also has an outreach program consisting of evening ag-related courses for Faribault, New Prague, Rosemount and Hastings students.

Terry has scaled back his farming. He and his brother now rent land to Edward’s son, but they have gotten back into livestock and now raise cattle.

Terry’s great-great-grandfather settled the farm he now lives on in 1871 after returning from the Civil War.

“It gets in your blood,” he said of farming. “You’re your own boss out there. Your success is measured by what you’re able to do out there.”

Terry has stayed in touch with his students dating back to 1968. And he and his wife, Lisa, already have an August 2020 wedding to attend for a former student.

“I will miss the kids,” he said of how he will feel after he retires. “I don’t have students; I have an extended family. The people around here have just kind of adopted me.”

Terry takes particular pride in helping guide ninth-graders who’ve struggled with public speaking to becoming regional and state FFA officers. And he isn’t shy about the pride he takes in his work.

“I couldn’t find a greater match than being a farmer and an ag teacher in Randolph.”