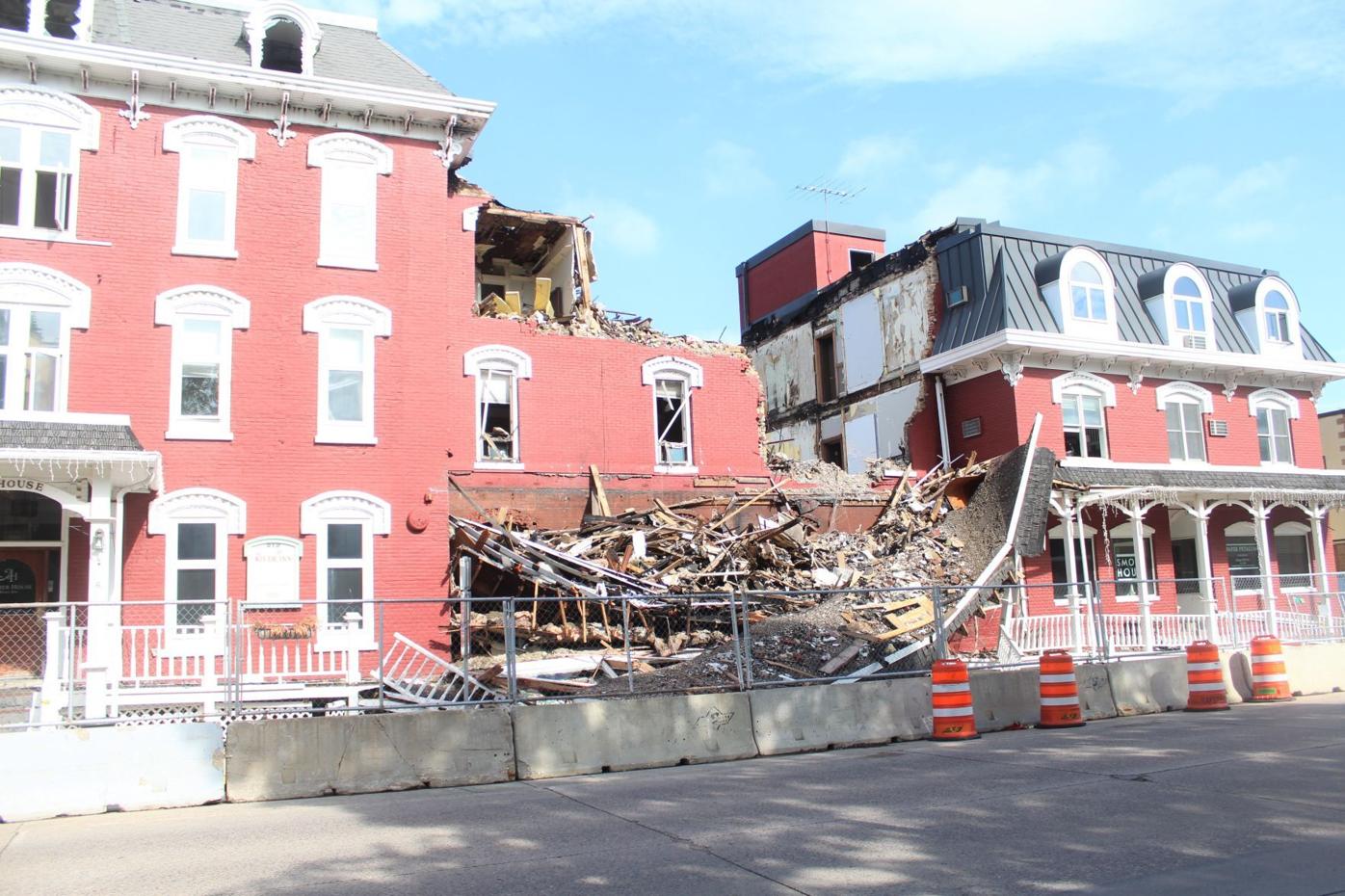 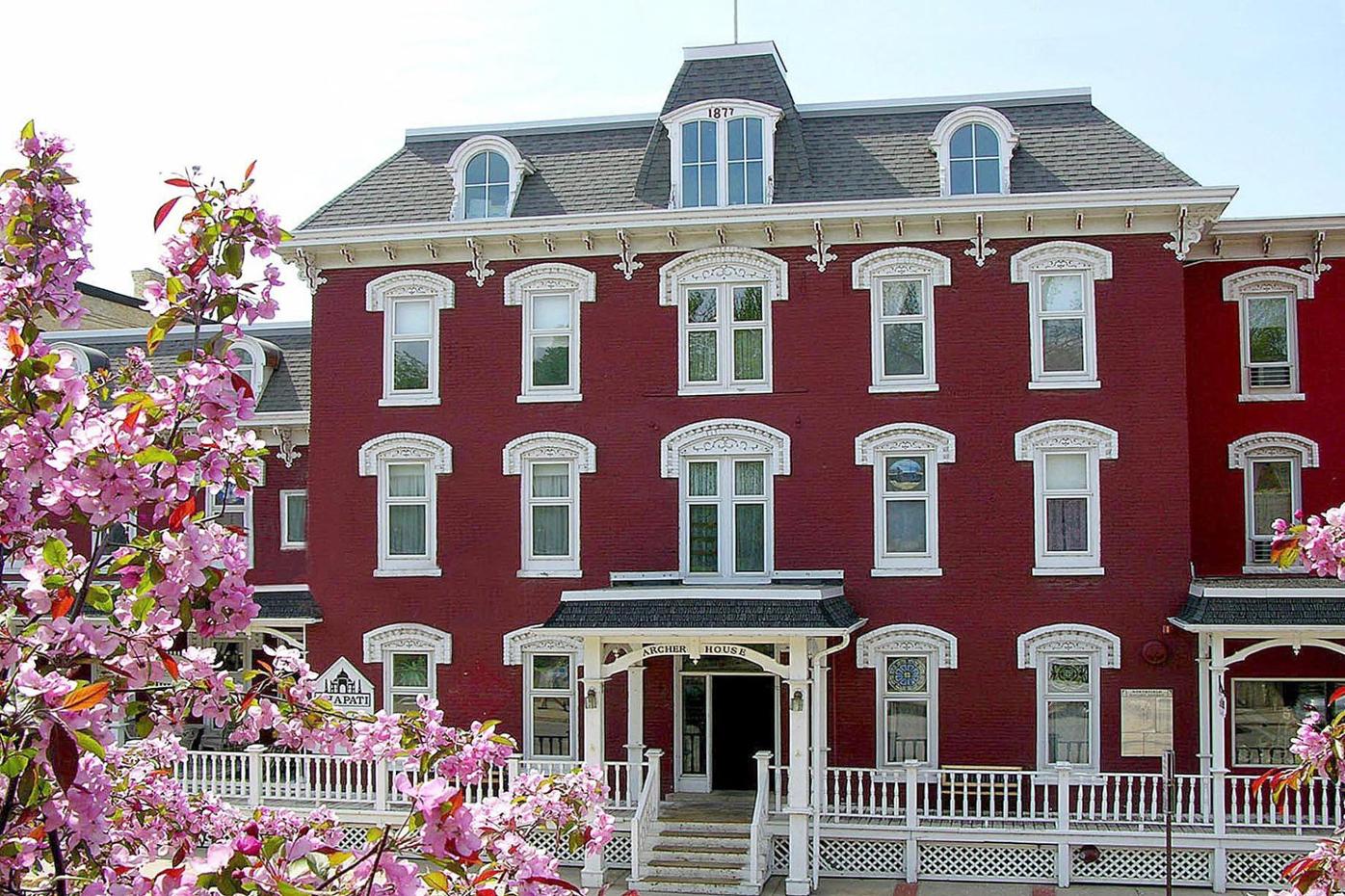 The historic Archer House, built in 1877, loomed large on the north end of Northfield’s Division Street until it was consumed by a November 2020 fire. (File photo/southernminn.com)

The historic Archer House, built in 1877, loomed large on the north end of Northfield’s Division Street until it was consumed by a November 2020 fire. (File photo/southernminn.com)

It could be another two months before what remains of the Archer House River Inn is cleared from Division Street.

Owners of the historic Northfield inn, devastated by fire last November, said in a Thursday press release that rumors that they’re unconcerned with historic preservation and the Northfield community led them to issue the lengthy statement.

“No one was more heartbroken by the loss of the venerable structure than the owners, managers and staff of the Archer House River Inn,” read the release.

The inn, built in 1877, was destroyed by a Nov. 12, 2020 fire that reportedly started in Smoqehouse, one of the hotel’s restaurants. Area firefighters spent nearly 24 hours battling the blaze, which eluded emergency personnel as it maneuvered through interior cracks and crevices created by years of renovations.

And while the fire was devastating, Archer House owners say that the five months its insurer needed to investigate the fire’s cause was the inn’s death knell. An estimated 2 million gallons of water were needed to extinguish the fire. The inn was open to the elements all winter and into the spring, meaning snow, rain and ice permeated the building, allowing the freeze-thaw cycle to further damage what may have otherwise been saved.

“… The only portion of the building that is structurally sound and not needing to be completely rebuilt is the north end of the structure that was added in the late 1980s,” said the release.

The inn’s owners, Northfielder Brett Reese and various partners, have owned the inn for 24 years. In that time, several renovations totaling over $1 million were undertaken. The most recent included remodeling the Archer House Bar in what had been the Tavern Lounge, work needed following a separate fire in another of the building’s restaurants, Chapati. In 2020, they updated guest room furnishings, art and accessories; redesigned the layout of guest rooms to add more sleeping capacity; remodeled the lobby and added a new breakfast room.

Inn owners say they’re working with the city of Northfield and the Northfield Heritage Preservation Commission to issue the necessary permits so that what remains of the structure can be safely removed and planning can begin for what’s next for the site in downtown Northfield. Once approval is received, the structure will be demolished and cleared.

“While we are not yet in a position to determine what the future development will look like or include, Brett Reese and partners are committed to both honoring the past and ensuring what comes next serves to strengthen downtown Northfield and the community for generations to come,” said the release.

The owners say they plan to form a task force of community stakeholders to examine community needs, design elements and potential uses of the Archer House site.

Local historian Susan Hvistendahl presents a history of the iconic Archer House at 6:30 p.m. Thursday, Sept. 9 in the Northfield Library Bunday Room. The presentation will include photos of the hotel as well as video footage from earlier this year.

Hvistendahl worked with the Northfield Historical Society and written extensively about the city's history.

Register for this event at mynpl.org/events. Click on event link. For more information about the library program, contact Jamie Stanley at the Northfield Public Library 1-507-645-1802 or Jamie.Stanley@ci.northfield.mn.us.