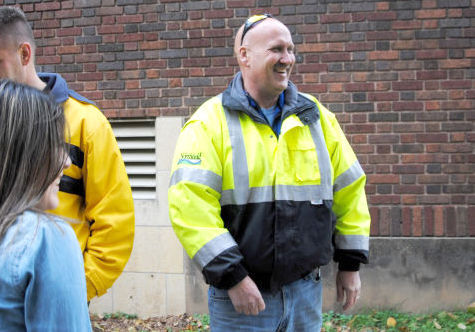 TJ Heinricy, then Northfield streets and parks supervisor, right, chats with students who helped paint the city’s plows in October 2013. Heinricy who died earlier this month, is being remember for his love of family and community. (File photo/southernminn.com 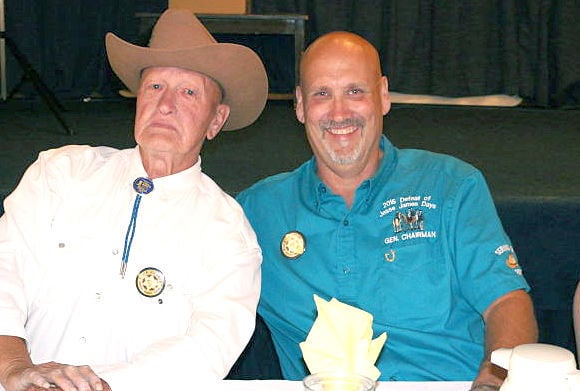 TJ Heinricy, then Northfield streets and parks supervisor, right, chats with students who helped paint the city’s plows in October 2013. Heinricy who died earlier this month, is being remember for his love of family and community. (File photo/southernminn.com

The character of an individual is often measured by the impact they had on those they interact with.

As family, friends and colleagues recently shared their stories of TJ Heinricy and frequently became emotional in describing the impact the longtime first responder and city employee played in their lives, it became clear that his joy for life and love of family won’t fade anytime soon. TJ, who served the city of Northfield for decades before taking a job with the city of Le Sueur in 2018, died earlier this month. He was 58.

‘He loved to give back’

TJ’s daughter, Kandra, remembers her father as always ready to help and for his willingness to donate one of his unique sculptures for different fundraisers. Because of her involvement with the Prairie’s Edge Humane Society Board of Directors, TJ also donated many items to her organization.

“He had a fantastic ability to make people laugh,” she said. “He was very hard-working, very generous with his time.”

Kandra also remembers her father for always instilling in his three daughters the importance of taking care of themselves and how to work hard. Perhaps the most important thing he taught them, however, was the value of love: Kandra knew there was nothing her father wouldn’t do for her.

“He was the person I hoped to be today,” she said.

Heinricy’s wife, Robin, recalled a letter the family just received from a Ruth’s House of Hope representative explaining how TJ had made a heavy bench for a fundraiser, and then offered to deliver the handmade item and carried it up large steps. Items she pointed out on family trips would frequently end up as Mother’s Day gifts, and he would hide items he planned to give her in the garage rafters.

Once Heinricy ended his employment with the city of Northfield, people frequently told her they missed him.

“He was the most unselfish person I know,” Robin said. “He always cared about other people.”

Beyond his selflessness, however, Robin said what attracted her to her husband the most was his sense of humor.

“I couldn’t have found a better person to spend my life with,” she said.

Born in Paynesville, Heinricy was raised on the family turkey farm and graduated from Paynesville High School in 1980. Following graduation, he continued working with his father in the turkey farm industry.

Heinricy, who met his wife Robin in high school, married her in June 1983, and the couple moved to Northfield two years later. Heinricy began working for the city of Northfield in 1996 and eventually became the city’s streets and parks supervisor in 1996. He remained with the city for 22 years, until he took a job as parks and streets manager for the city of Le Sueur.

Hayes Scriven first met Heinricy in 2007 when Scriven was the Northfield Historical Society director and Heinricy was employed with the city of Northfield. Scriven and Heinricy served together on the Defeat of Jesse James Days Committee for five to six years and bonded over the annual Outlaw Ride. Every Wednesday as Defeat Fays neared, Hayes called Heinricy at 6 a.m. to talk for an hour or two every week.

Though Heinricy didn’t always want to be the center of attention, Scriven remembers his friend for his trademark sunglasses, upfront demeanor and his ability to draw attention by cracking a joke or starting to dance. Heinricy’s determination to finish a project and find efficiencies in doing so also stood out to Scriven.

“I never saw him get frustrated by something,” he noted.

Scriven also remembered his friend for the love he had for Northfield, a passion he showed by volunteering and even setting up a program for local students to paint snowplow blades.

“That was all TJ,” Scriven noted.

“I know that I am a better person because of him. He was a hell of a guy.”

Rice County Sheriff Troy Dunn first met Heinricy when Heinricy was serving with the Northfield Fire Department. One of the first things that the then-sheriff’s deputy noticed about Heinricy was that he was “very serious and focused” but also had a good sense of humor and knew how to brighten an otherwise dark situation. Over the years, Dunn got to know Heinricy through the Defeat of Jesse James Days and a motorcycle posse.

“Just a very, very giving person and very involved in so many different ways,” the sheriff added.

“I feel honored to call him a friend.”