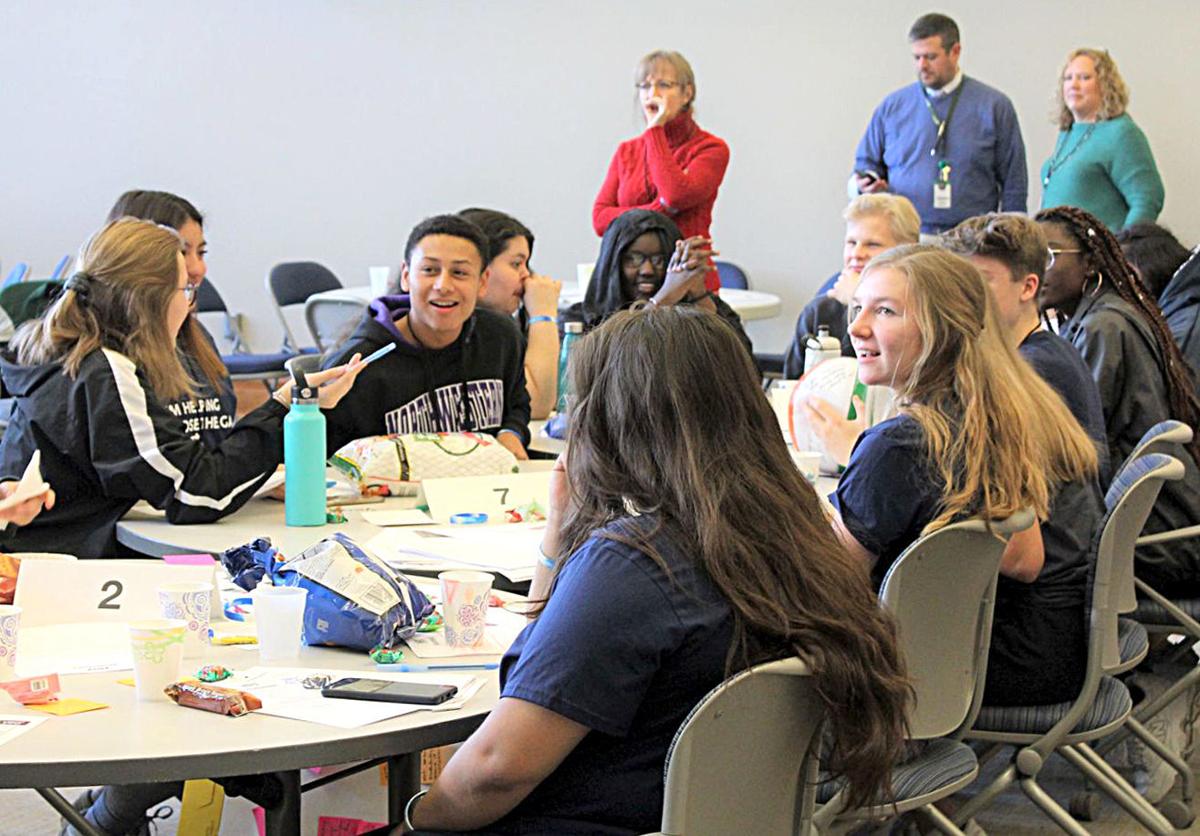 Northfield High School students participate in the summit Dec. 11 afternoon at Carleton College. Twenty students each from Northfield, Faribault, Waterville-Elysian-Morristown and Tri-City United schools participated in the event, which sought to call attention to the problems posed by the achievement gap. (Sam Wilmes/Northfield News) 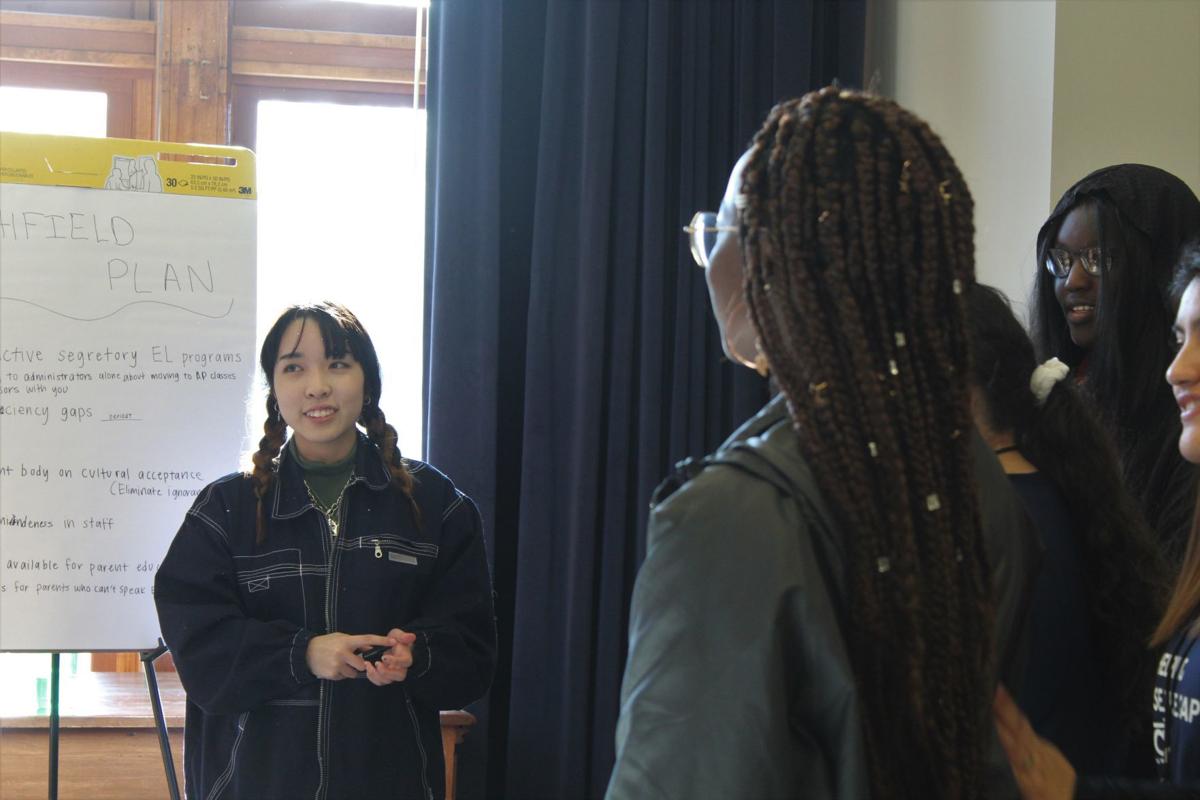 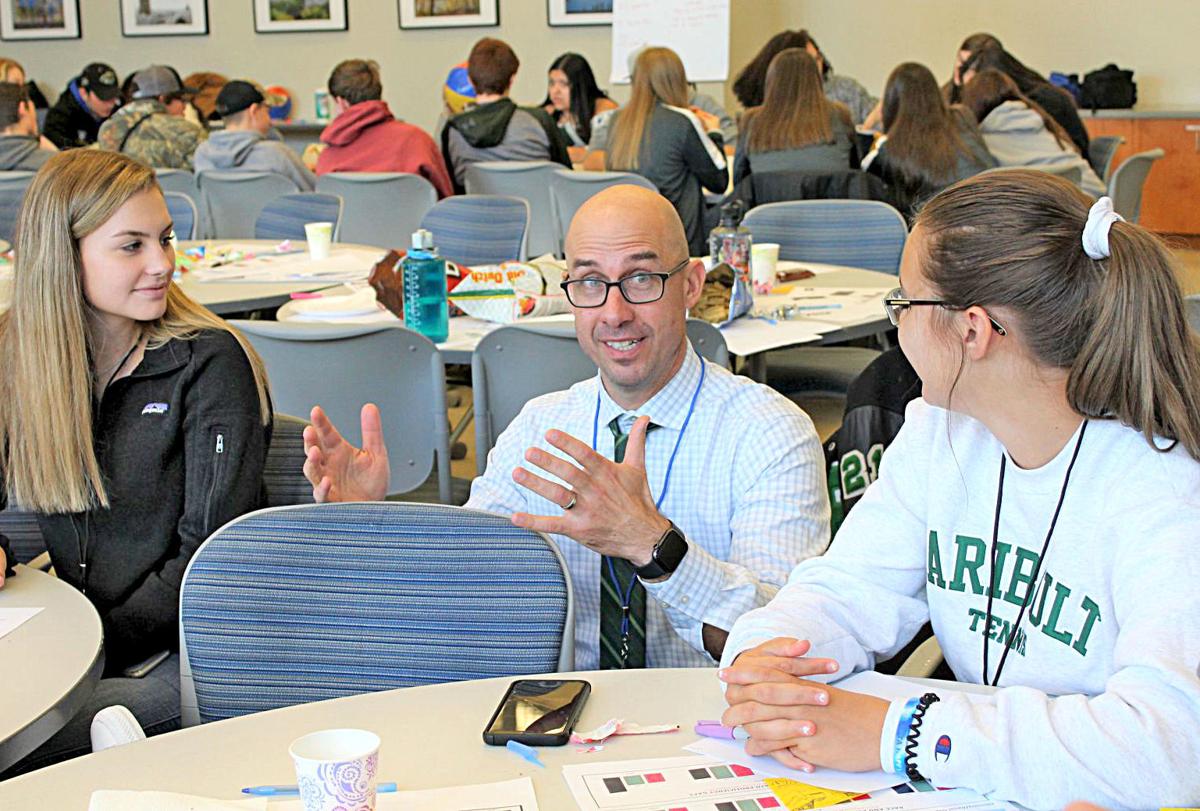 Northfield High School students participate in the summit Dec. 11 afternoon at Carleton College. Twenty students each from Northfield, Faribault, Waterville-Elysian-Morristown and Tri-City United schools participated in the event, which sought to call attention to the problems posed by the achievement gap. (Sam Wilmes/Northfield News)

For years, state officials have looked to tackle the state’s achievement gap, believed to be one of the largest in the nation.

For the first time in the region, local students employed a unique approach in combating the problem by holding a summit Dec. 11 at Carleton College. The Youth Excelling Achievement Summit included 20 teenagers each from Tri-City United, Northfield, Faribault and Waterville-Elysian-Morristown.

Students spent the morning reviewing second- and 10th-grade MCA achievement data, both overall and disaggregated between majority and minority groups. In the afternoon, students from each district tackled school data and looked to discover obstacles creating the achievement gap that they could address.

Faribault students discussed the opportunity for students to be able to have stronger feedback on teacher performance.

Theories on the origin of the achievement gap range from a lack of parental opportunity to other issues like housing and transportation, to the layout of the education system. One plan that has received support is diversifying Minnesota’s mainly white, middle-class teaching staff.

Northfield High School Juniors Chloe Rozga and Michael Malecha, who helped organized the event, said the data shared throughout the day was important beyond the numbers.

“It is very critical,” Malecha said. (Students) are the data, they are the ones who took the tests. And I think it is good to have a say in how your education is.”

Added Rozga: “We want to give the numbers a student experience. As important as the data is, we want to apply the student voice to it, because it’s more than just numbers. The data is students.”

By doing so, the achievement gap can be reduced, they say.

“It’s really important to understand why certain students are performing in a certain way,” Malecha said. “Hopefully by doing this, by having the students’ story along with numbers, really will give us a way to change the numbers, to lower the gap, to make sure everyone’s achieving.”

The event took place after the schools were approved for the Minnesota Department of Education’s Achievement and Integration Program. The summit was meant to address the achievement gaps in each district and across the state by analyzing data, then discussing and developing ideas that lead to actionable steps.

“One of the dangers is that we close opportunities off,” Northfield School Psychologist Carrie Duba said of closing the achievement gap. “So students who persistently don’t achieve have fewer opportunities as they move through education.”

The achievement gap also poses a problem for Northfield’s choice-ready initiative, which it aims for students to be ready to choose their next steps when graduation comes.

“Students know that a lot of data is collected about them, so they know that they take tests that are standardized and that the district is constantly looking at data and all of their districts are constantly looking at data, but they don’t often get that opportunity to look at the data,” said Meleah Follen, youth engagement director at Northfield Healthy Community Initiative. She noted the chance for students to evaluate data gave a different insight to the achievement gap.

Duba noted Northfield has already conducted youth data summits for Northfield students, but the most recent event allowed for a wider reach.

“We can look at the data, which are concerning for everybody, and have this opportunity for the youth to get to know one another and work together on a really important project and add their voice to something that we need to hear from,” she said.

The summit is especially seen as important for Faribault, a district that has a majority minority student population. Much of that population are English language learners who tend to struggle on standardized tests until their language skills improve.

“As such, it is important to work with other districts to integrate populations and create access opportunity,” Duba said.