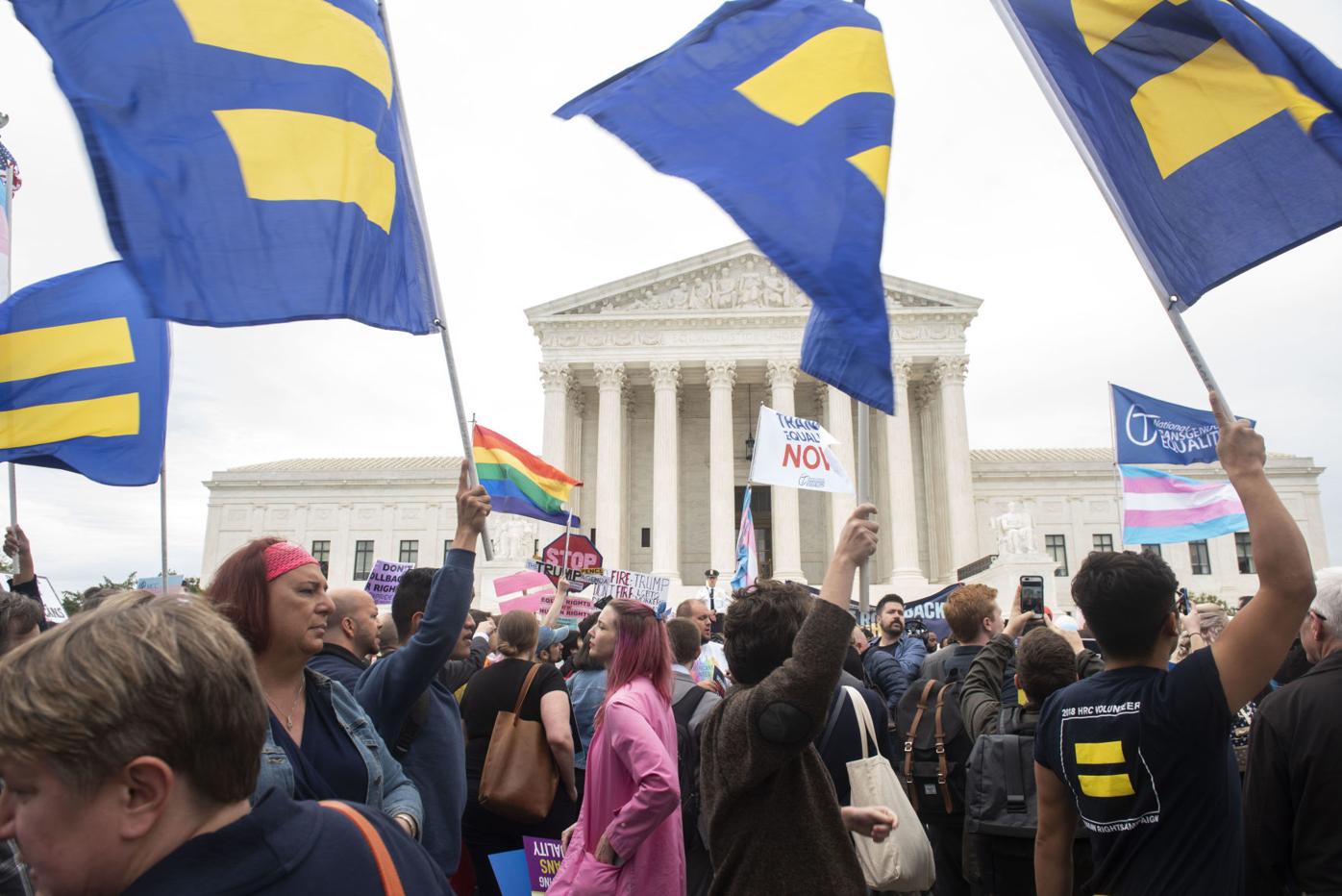 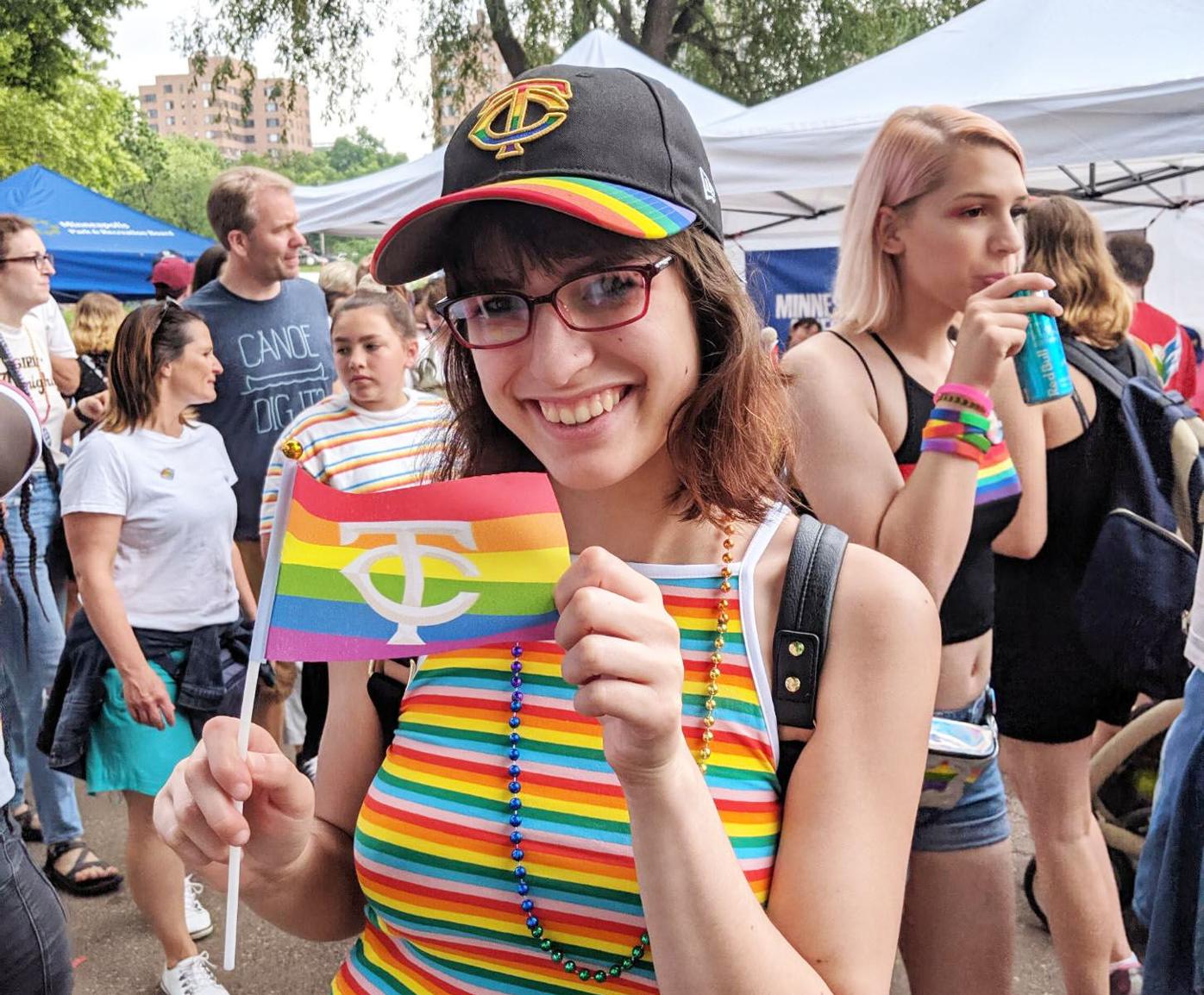 In 2019, local LGBTQ activist Faith Jameson attended the Pride Parade in Minneapolis. Subsequently, she organized a support group for LGBTQ youth with the support of the Faribault Foundation and Faribault Diversity Coalition — until COVID-19 got in the way. (Photo courtesy of Faith Jameson)

In 2019, local LGBTQ activist Faith Jameson attended the Pride Parade in Minneapolis. Subsequently, she organized a support group for LGBTQ youth with the support of the Faribault Foundation and Faribault Diversity Coalition — until COVID-19 got in the way. (Photo courtesy of Faith Jameson)

With the COVID-19 pandemic continuing to put the kibosh on large events, the increasingly open and visible local LGBTQ community will be forced to celebrate LGBTQ Pride month more quietly this year.

Last year, the Faribault Diversity Coalition received a grant from the Faribault Foundation to establish a new program called Kaleidoscope. Organized by local LGBTQ activist Faith Jameson, the program is designed to ensure that LGBTQ students feel supported. During the school year, Kaleidoscope met on Thursday afternoons for a snack, conversations and meetings with guest speakers and artists. Jameson said that students who participated in the program ranged from fourth to ninth grade.

Jameson envisions Kaleidoscope as just the beginning of what could be a network of organizations and events for Rice County’s LGBTQ Community. She said that eventually, she’d love to have a Pride Festival in Faribault's Central Park like Mankato, Rochester and the Twin Cities do.

Kaleidoscope primarily meets during the school year, but was planning on organizing a special event in June to celebrate Pride Month. Jameson said it would likely have begun this year as a smaller event, but could have grown into something much larger.

Due to COVID, Kaleidoscope was forced to end in March and abandon its Pride Month plans. Since then, Jameson said she’s stayed in regular contact with the organization’s members, hoping to do what she can to help them feel safe and comfortable at home.

LGBTQ Americans were given extra reason to celebrate just last week by the Supreme Court of the United States. In a 6-3 decision authored by conservative-leaning Justice Neil Gorsuch, the court held that workplace discrimination against LGBTQ persons violates the Civil Rights Act of 1964.

Minnesota was the first state to ban workplace discrimination against LGBTQ persons, all the way back in 1993. However, a majority of LGBTQ+ people lived in states without any protections against workplace discrimination as recently as last year. Even with acceptance of LGBTQ persons at record levels, a 2018 study conducted by the University of Connecticut and LGBTQ advocacy organization Human Rights Campaign shows that many LGBTQ youth still don’t feel accepted at home.

According to the study, two-thirds of LGBTQ youth say they've heard family members make negative comments about people like them. Forty-eight percent of those who have come out to their families say they’ve been made to feel bad about their sexual orientation or gender identity.

That lack of acceptance can have lifelong effects. According to the American Psychiatric Association, LGBTQ persons are 2.5 times more likely to experience depression, anxiety and substance abuse compared to heterosexual persons.

Jameson said that fear of facing stigma is one reason why Rice County doesn’t have a more vibrant support network for LGBTQ persons. With few out role models in the community, she said that too many LGBTQ residents of Rice County feel alone.

“I think part of the struggle is that people are still scared of the unknown and they don’t understand that we have a very large LGBTQ community in Rice County,” she said. “We need to provide resources because we want everyone to feel welcome in Rice County.”

Though both of Northfield’s colleges have support centers for LGBTQ students, the city itself has never held formal Pride Month celebrations. Mar Valdecantos, vice chair of the city's Human Rights Commission said that was about to change this year — until COVID hit.

While the Northfield Library had been planning on organizing some events, those events have been postponed to October, so long as the pandemic permits. October has its own significance to the community as LGBTQ History month.

With few organized events locally, local LGBTQ members had the option of attending Pride in Rochester, the Twin Cities or Mankato. At the end of April, Rochester’s Pride Committee announced that it had made the difficult decision to cancel its parade.

Mankato’s South Central Pride isn’t traditionally held until September, so that University of Minnesota, Mankato students can participate. While few plans have been finalized, Executive Director Jeni Kolstad said that there will be a celebration in some form.

While it’s possible that some in-person activities might be able to take place by that time, Kolstad said that many of the Pride Parade’s traditional vendors have already decided to stay on the safe side by switching to a “virtual” format.

For inspiration, Kolstad cited the example of Twin Cities Pride, which has switched to an entirely virtual format. This weekend, Pride goers will have the opportunity to virtually meet with dozens of vendors through virtual hangouts.

Twin Cities Pride Board Member Felix Foster said that soon after Gov. Tim Walz issued his initial “Stay at Home” order, the organization saw the writing on the wall with regard to their in-person Pride Festivities, which often bring hundreds of thousands of people.

However, the organization was unwilling to abandon Pride, the marquee fundraising and organizing event for Minnesota’s LGBTQ community. Instead, the board began developing plans for an unprecedented online celebration.

“We need to come up with something to engage with the community,” he said. “We didn’t want it to feel like Pride didn’t happen this year.”

The event was set to include special messages from politicians, local business leaders and other prominent supporters of LGBTQ rights. But after George Floyd died while in the custody of Minneapolis police officers, sparking an international movement, focus shifted. Instead, that would-be marquee event was replaced by a march in solidarity with the community's POC. The contributions of essential workers during the pandemic will also be highlighted, with members asked to send in videos dedicated to essential workers in their life.

While the “Virtual Pride” will certainly come with its drawbacks, there’s a silver lining too. For community members who are scared of coming out so visibly or have physical limitations that make an in-person Pride March unmanageable, this year’s march will be more accessible than ever.

“We recognize that there are a lot of people that can’t participate in the pride festival or the parade due to a myriad of experiences,” Foster said. “We’re hoping this makes it more accessible for people from their own home or phone to connect with the pride movement.”

'I think part of the struggle is that people are still scared of the unknown and they don’t understand that we have a very large LGBTQ community in Rice County,” she said. “We need to provide resources because we want everyone to feel welcome in Rice County.'