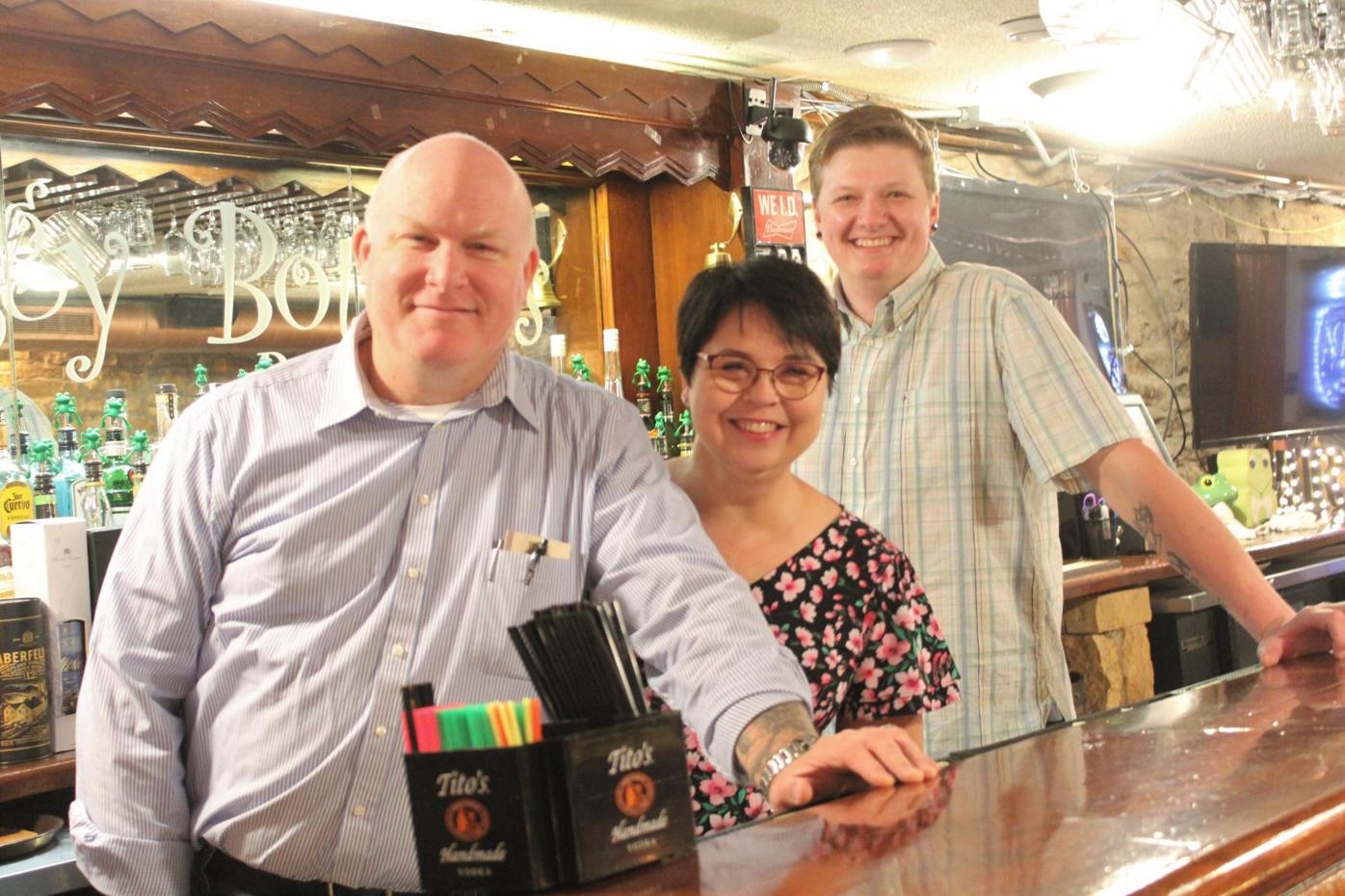 Neal and Cindy Wilson, and Michael Gasior plan to reopen Froggy Bottoms and Lilly Padio by mid-August. The establishment has been closed since former restaurateur Lisa Zarza announced she would no longer operate it following the council’s denial of her liquor license. (Sam Wilmes/southernminn.com) 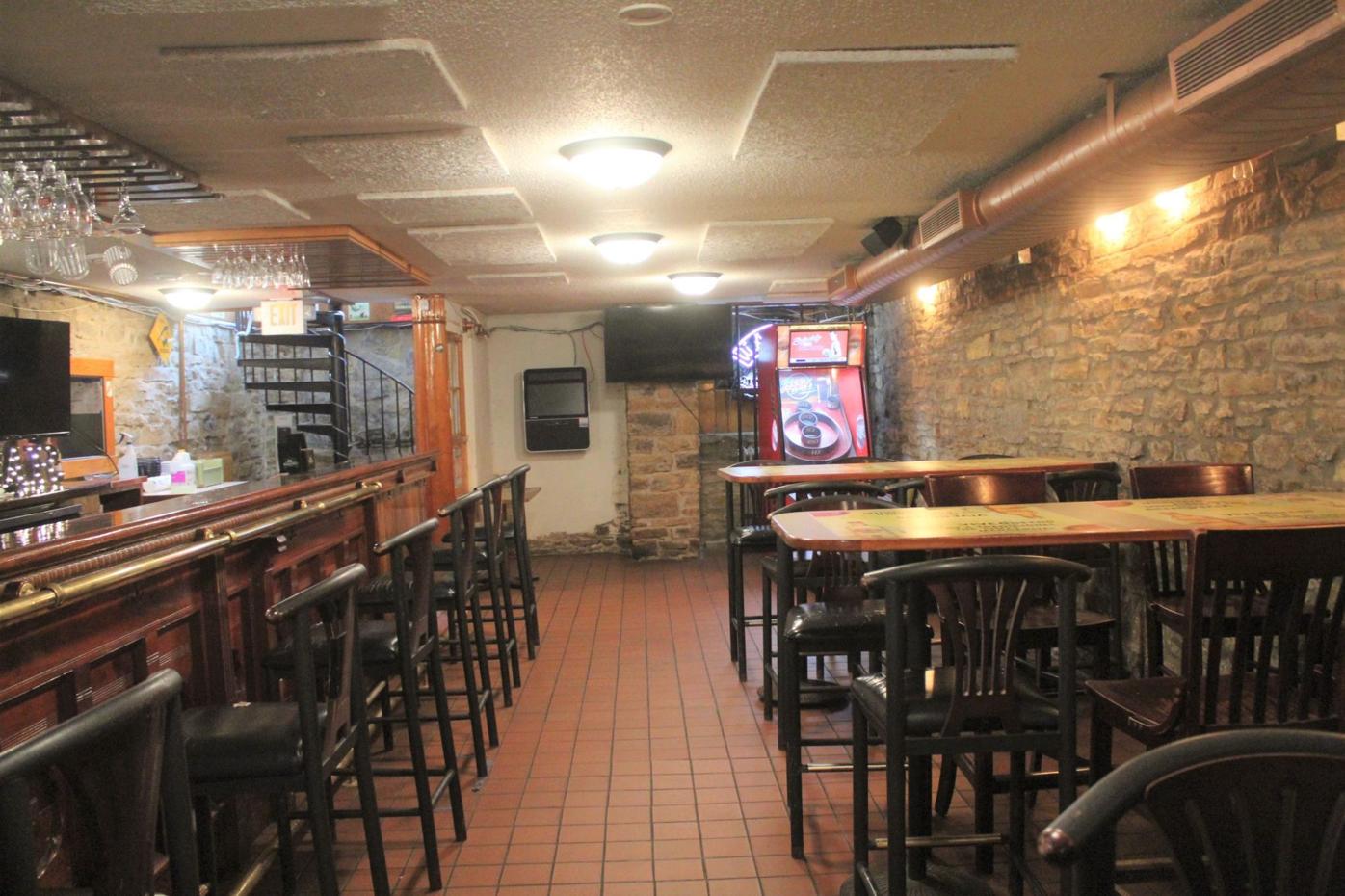 Neal and Cindy Wilson and Michael Gasior plan to make changes to Froggy’s, including removing a game and installing more seating. (Sam Wilmes/southernminn.com)

Neal and Cindy Wilson, and Michael Gasior plan to reopen Froggy Bottoms and Lilly Padio by mid-August. The establishment has been closed since former restaurateur Lisa Zarza announced she would no longer operate it following the council’s denial of her liquor license. (Sam Wilmes/southernminn.com)

Neal and Cindy Wilson and Michael Gasior plan to make changes to Froggy’s, including removing a game and installing more seating. (Sam Wilmes/southernminn.com)

A trio of local residents plan to reopen the prominent downtown Northfield establishment Froggy Bottoms and Lily PADio by mid-August.

Husband-and-wife Neal and Cindy Wilson, of Dennison, and Michael Gasior, of Faribault, are assuming control of the restaurant after the previous restaurateur, Lisa Zarza, announced in May she would no longer operate Alibi at Froggy Bottoms. She had made headlines following her decision not to close her Lakeville establishment to in-person dining following an executive order in the deadliest stretch of the pandemic last December. The Northfield City Council in early April declined to renew her liquor license based on her refusal to abide by the statewide order.

Neal noted the revamped operation, which will again be known as Froggy Bottoms and Lilly Padio, is expected to start with approximately nine employees, including a kitchen manager, two primary bartenders, and wait staff. They plan to offer a full bar and some of the dishes traditionally associated with Froggy Bottoms, including quesadillas, Reuben sandwiches, multiple soups, pot roast with red potatoes, fettuccine, and gluten-free, vegetarian and vegan options. Neal anticipates there will be a rotating seasonal menu, noting they are talking with local farmers about offering organic vegetables.

It was Neal who brought up the idea of having a restaurant to Cindy, who was excited for the possibility. Neal noted the trio were also initially attracted to Froggy’s partially based on its reputation “as a Northfield establishment.” Neal has always wanted to operate in a historic building with “casual, refined air,” complete with the live music Froggy’s includes.

“It sounds like a wonderful adventure, actually, and we’re kind of at that time in our lives where we do have more opportunity or just time to do something fun and different,” Cindy said.

Gasior had started a GoFundMe page intended to help them secure funding for a loan, and get Froggy’s running again. As of Monday afternoon, that fundraiser had netted $843. Gasior has been a bartender at Froggy’s since 2015, first under restaurateur Lori Hoheisel and then Zarza. Though he had worked other jobs, he always remained on-staff at Froggy’s and cherished the conversations and gratitude customers engaged in along with the sense of comfort he felt in being a bartender.

Neal is a retired Army colonel who served from 1991-2019. Neal and Gasior met when Gasior was in Cub Scouts and Neal was a scoutmaster. The name of the company the trio has formed, Two Scouts Standing LLC, is based on that affiliation.

Froggy Bottoms is considered an important part of the downtown restaurant scene, especially with the loss of Smoqehouse, Chapati and Tavern of Northfield in the devastating fire last November that destroyed the Archer House.

To the owner of the building that houses Froggy’s, David Hvistendahl, the trio bring a necessary — and beneficial — understanding of Northfield.

“I am very excited to have them in,” he noted.

This story has been changed to note the correct spelling of the name of the establishment: Froggy Bottoms and Lily PADio