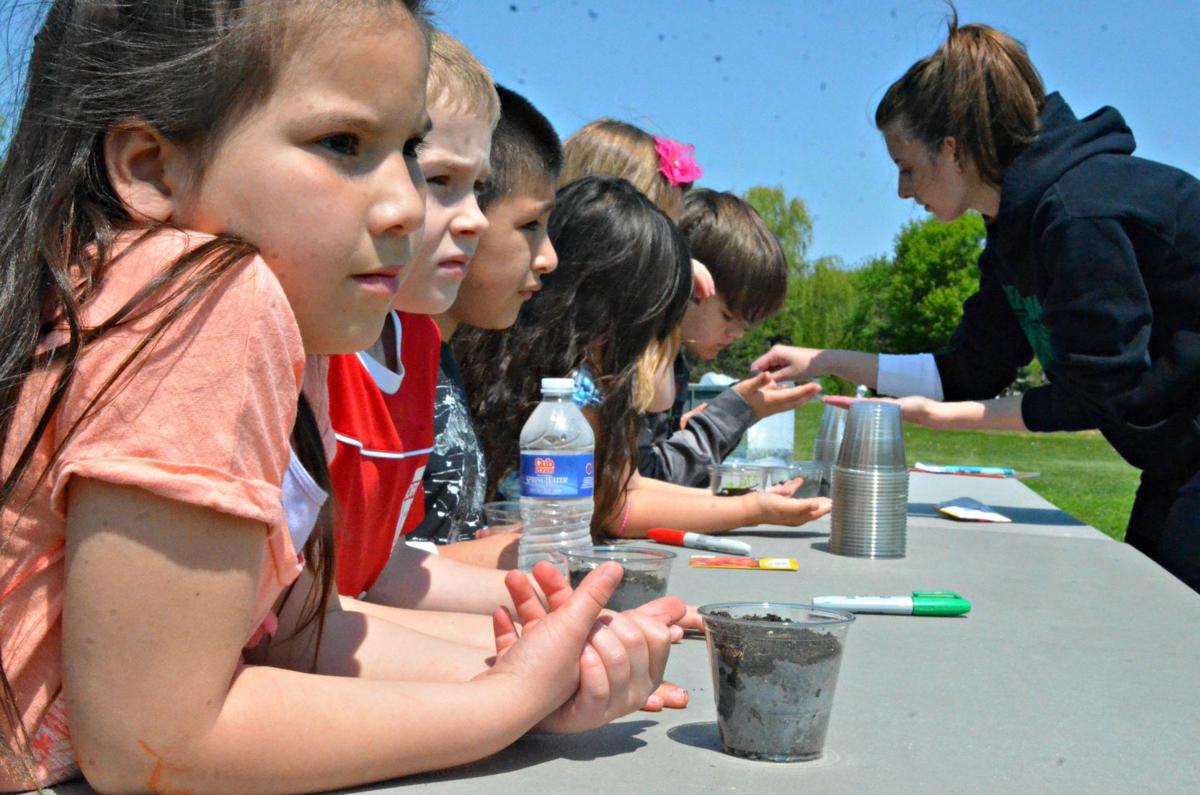 Tiffany Malecha, right, hands out seeds at the gardening station to Greenvale Park Elementary students during Farm Day at the school. Malecha proposed the idea and helped put the event together. (Philip Weyhe/Northfield News) 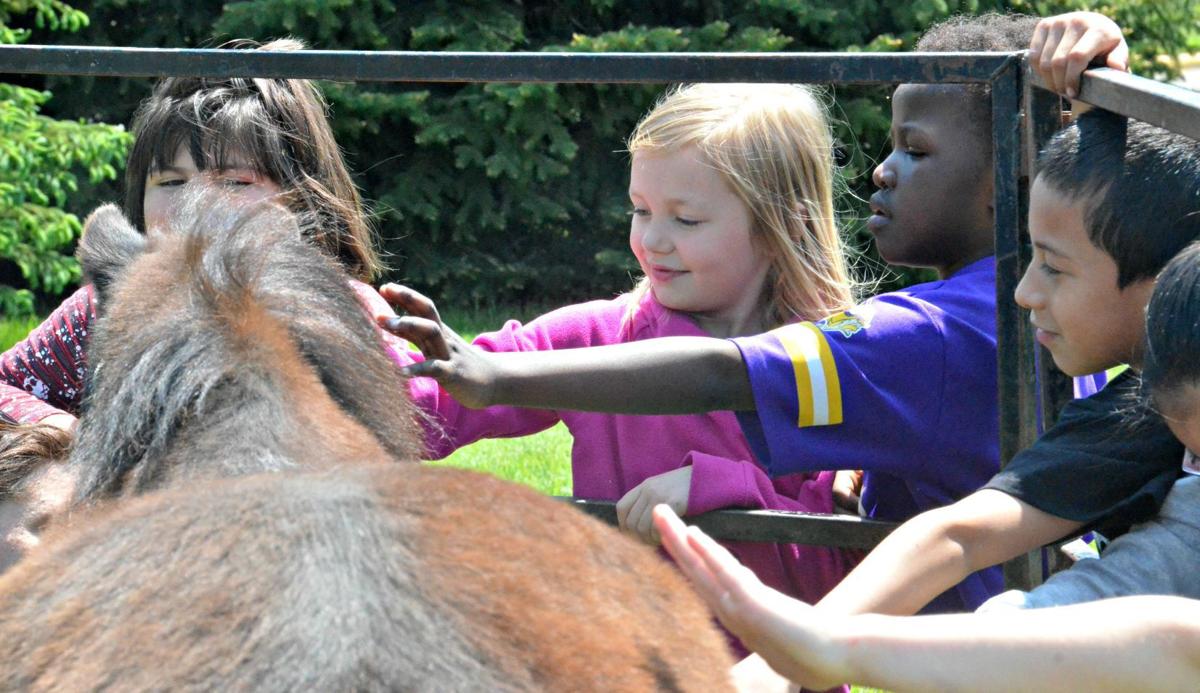 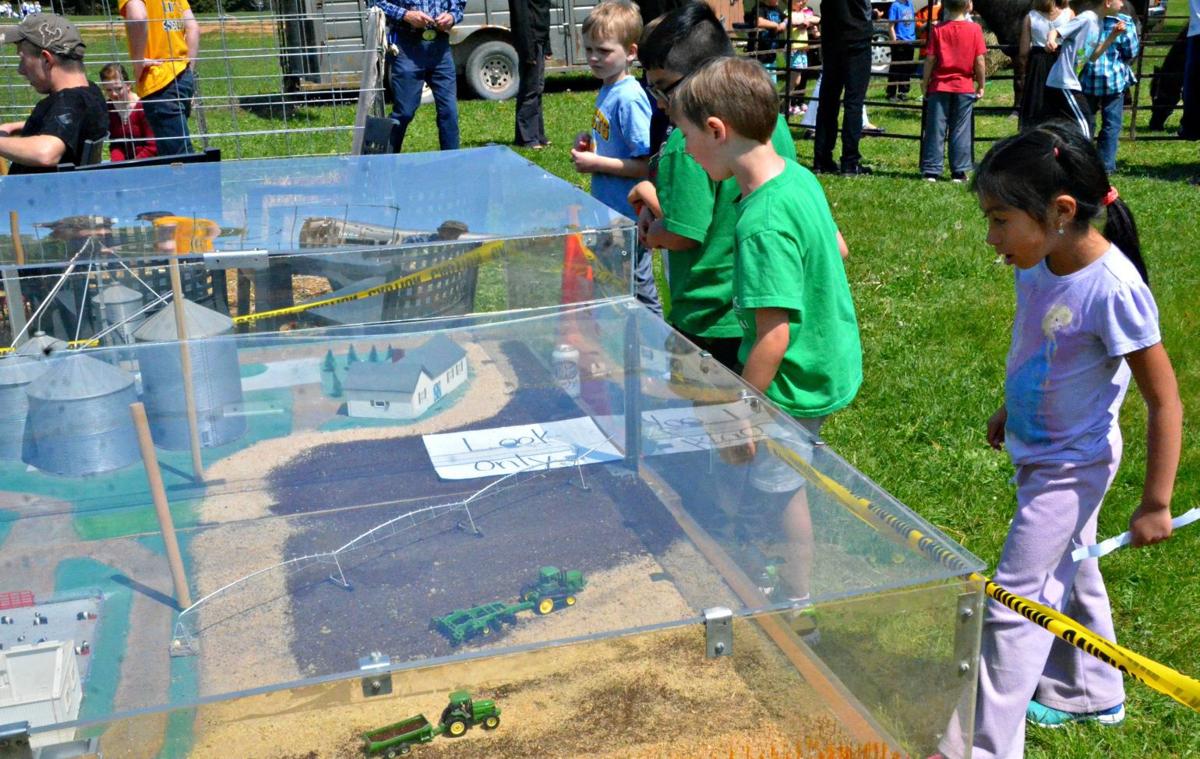 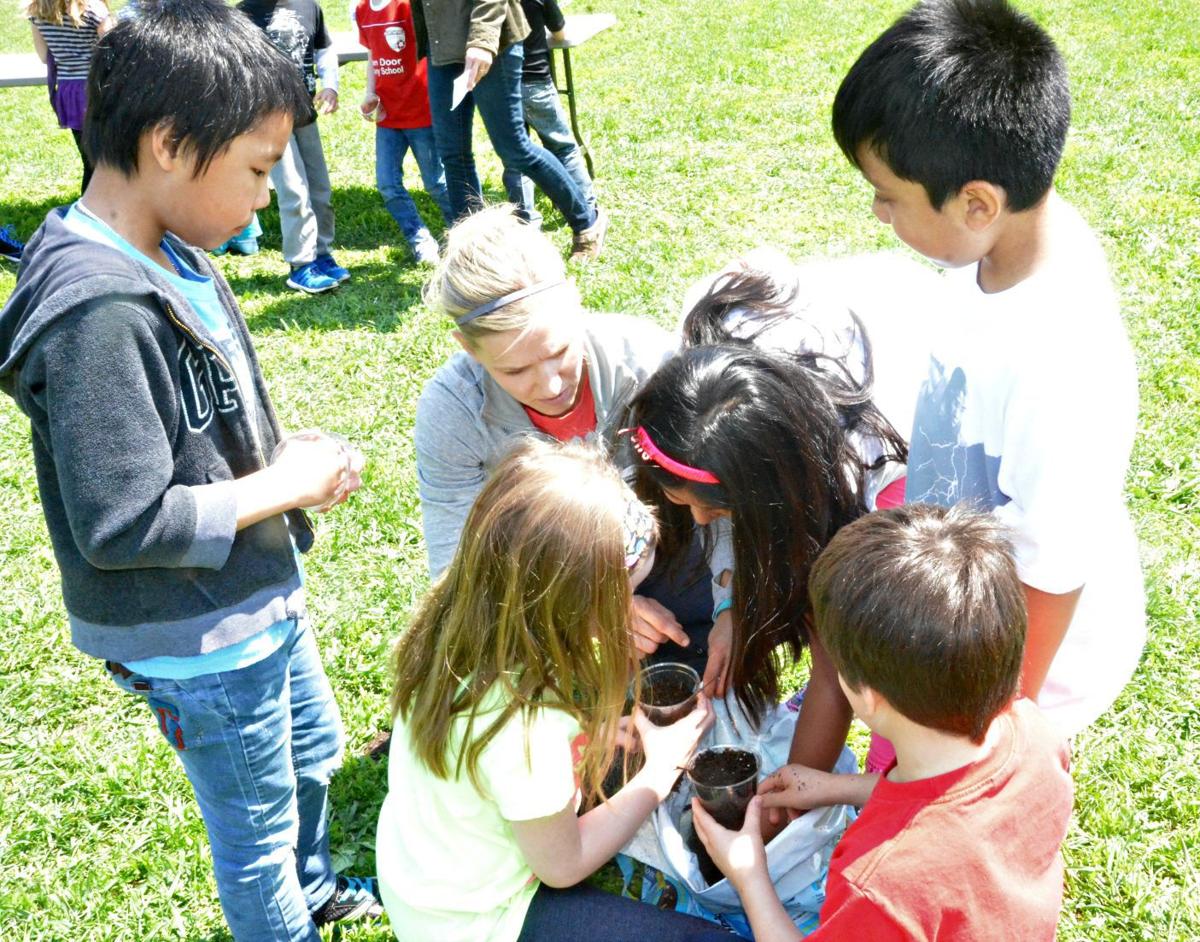 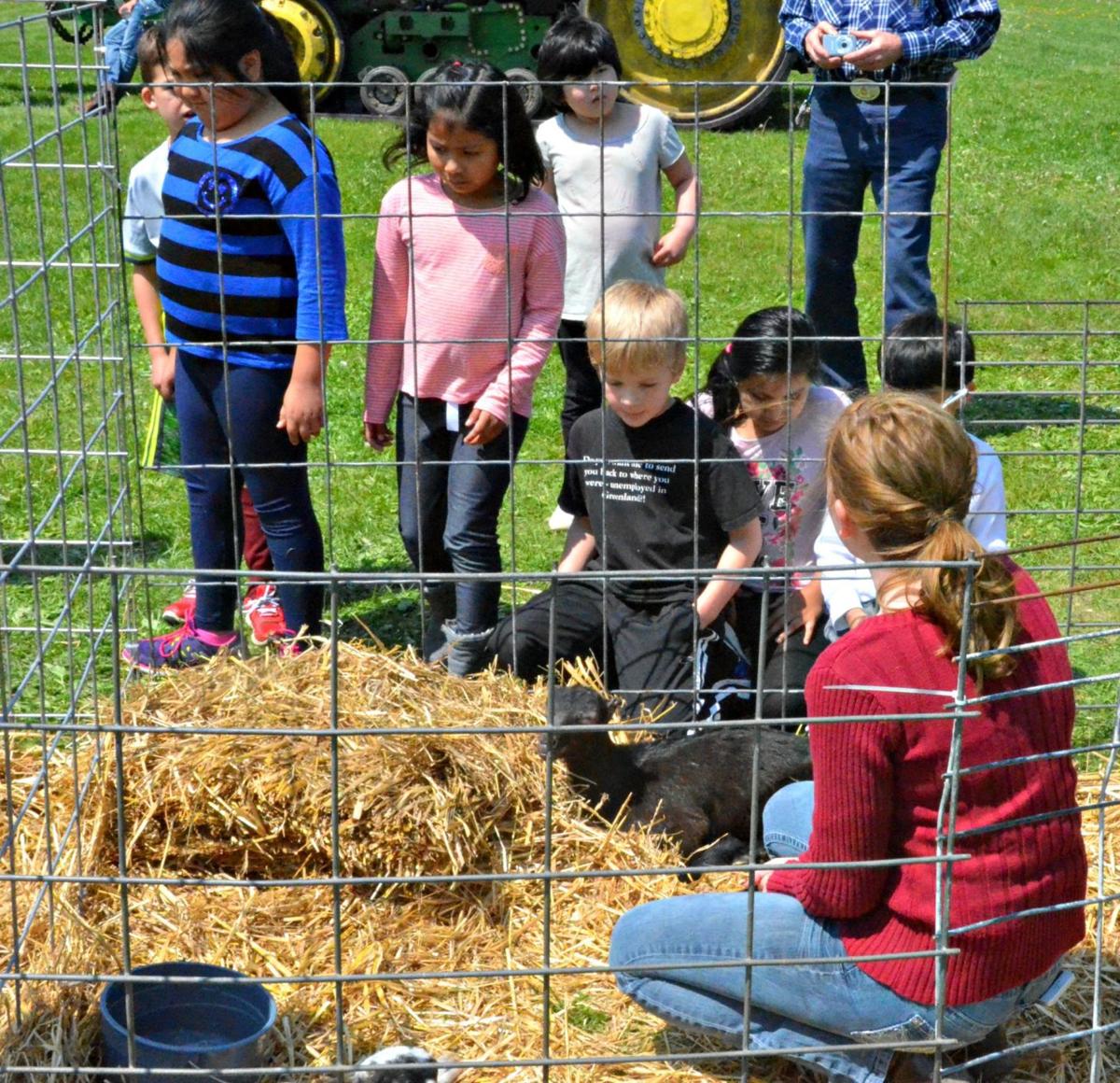 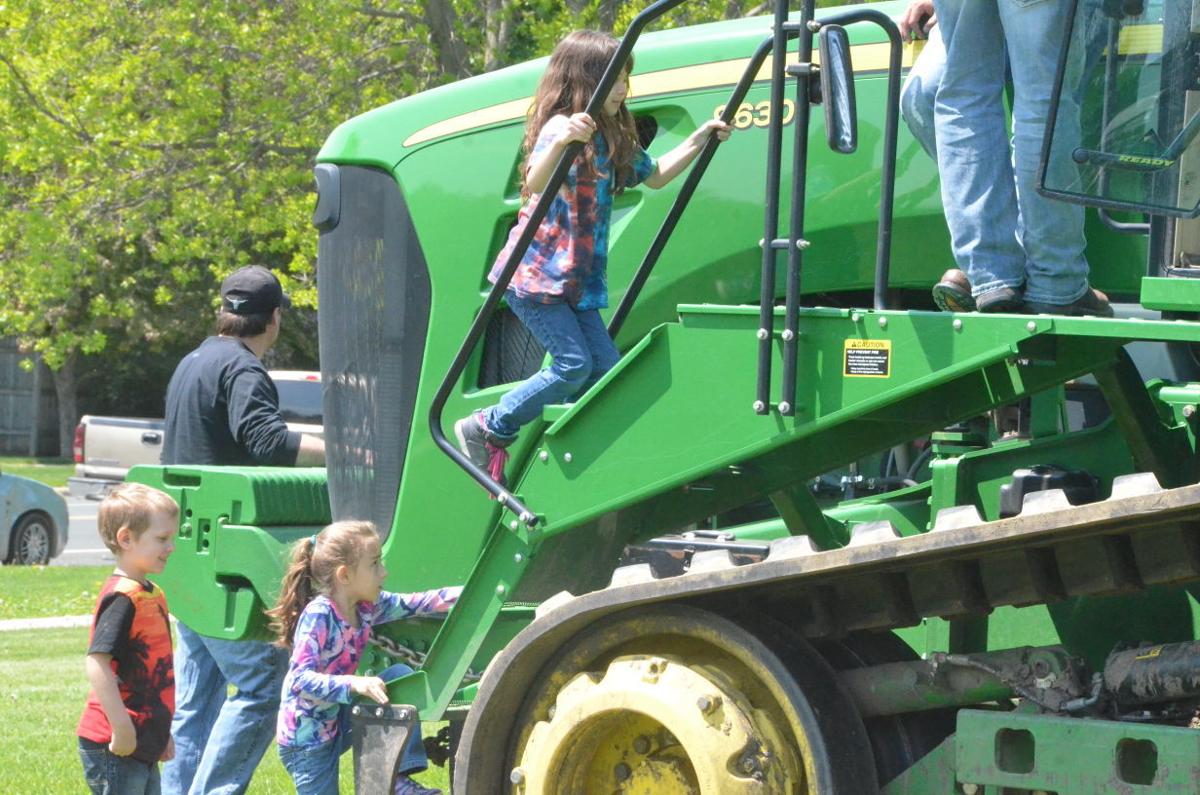 Tiffany Malecha, right, hands out seeds at the gardening station to Greenvale Park Elementary students during Farm Day at the school. Malecha proposed the idea and helped put the event together. (Philip Weyhe/Northfield News)

As technology continues to force its way into the classroom and the emphasis on reading and writing continues to grow, young students are often left with a much smaller dose of farming and agricultural education.

Teachers like Greenvale Park Elementary’s Tiffany Malecha, who grew up on a dairy farm in Dundas, see that as a potentially troubling issue. Malecha, a kindergarten teacher at the school, proposed and organized a Farm Day at the school, which took place Monday.

“I grew up on a dairy farm. I was involved in 4-H and all that as a child. It’s something I grew up knowing and thought everyone else did, too. I realized now it’s my job to teach people where their food comes from.” she said.

On Monday, students from each grade (K-5) were presented with four stations involving different aspects of farming. At one station, students could see and pet a couple of small horses from Pagel Farm. At another, Future Farmers of America students showed goats, calves and rabbits.

A representative of Minnesota Agriculture in the Classroom (which provided funding for the event) taught nutrition facts, as related to farms at their station. Malecha and some volunteers, meanwhile, taught some basic gardening at their own station.

“[Principal David Craft] said ‘if you can find people and can use required state standards (for the event), then go ahead,’” Malecha said. “I heard lot of positive things. Teachers were impressed with how the standards were incorporated into activities. The kids were learning and were able to take nuggets away.”

The Future Farmers of America were key guests for the event, offering a youthful perspective on interest in agriculture. Seventeen-year-old Northfield High School student Tiffany Ingham joined the organization after her sister spent two years in it before her.

“My sister was in it, and she had so much fun,” Ingham said. “We volunteer a lot in the community, and you get to learn a lot.”

Ingham said she thought Farm Day at Greenvale was a success, as she saw a lot of interested young people.

“We’ve seen a lot of little kids, and they seem really excited,” she said. “I think they’ve learned a lot about agriculture.”

Malecha believes that a bit of extra exposure to agriculture for kids at young ages is crucial to the future of one of the Midwest’s most famous industries. She no longer works on her own family farm, but by using her current position to educate students in an area she knows so well, she is able to make an impact.

“It’s important for the kids to know because food doesn’t just appear in a grocery store. It comes from some place, and we need to support the source,” she said.

Malecha noted that there is still agriculture and environmental learning in the classroom. At the kindergarten level, students learn about the living and non-living, as well as the ground and dirt. They also always plant something in the spring.

As the students move up the grades, they begin learning more about different landforms and about the climate. Direct exposure to farm life is limited, though. That might not seem like a huge problem now, but it could be one tomorrow.

“I have several kids from Chicago and they had never seen a dairy or farm animal up close,” she said. “It’s important to remember we’re in the Midwest, and we need to support these farms, because they are going out of business. It’s just making people aware that we need to go into farming, or we’re not going to have farmers.”