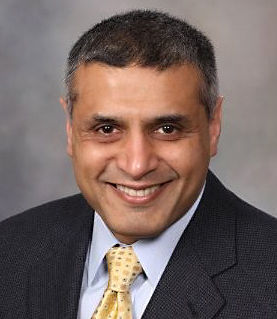 Underdahl said a limiting factor in virtual visits could be the divide between broadband access in exurban Northfield compared to the surrounding rural area.

Underdahl added that NH+C has made progress on testing but has been experiencing blowback from the community for not doing enough tests. In response to that, he said NH+C is following Minnesota Department of Health testing guidelines

The health system is forgoing elective surgeries to focus on responding to COVID-19 and preventing transmission of the disease. Underdahl said although this is necessary, it is financially unsustainable over the long term. To combat that dramatic drop off in revenue, the health care system has successfully requested federal funding.

In addition, Underdahl has noticed an increase in 911 calls as people who were wary of being seen for non-respiratory illnesses are starting to become more comfortable in doing so.

Emergency medicine doctor Deepi Goyal, chief medical officer for the Mayo Clinic Health System in southeast Minnesota, credited the governor’s relatively early implementation of a stay-at-home order as to why the state has seen a slower spread of COVID-19 than other states.

He spoke highly of the testing work the Mayo Clinic has done. The hospital system struck a deal with the University of Minnesota and Mayo Clinic to test as many as 20,000 people per day.

Mayo has seen a 40% decrease in volume when factoring in virtual care. In the wake of this extensive revenue loss, Goyal believes that hospital payments will be critical, especially as care systems have rapidly pivoted to treat coronavirus.

That focus has been deemed necessary but is pausing research into non-COVID 19 health matters. To combat that change, Goyal suggested health organizations continue receiving National Institutes of Health funding and approve cost breaks for others who haven’t received funding. He also called for ensuring widespread broadband is available so patients can connect to telemedicine.

According to those on the call, coronavirus has had an impact on other aspects of their jobs. Burnsville Fire Chief BJ Jungmann said medical emergency calls have decreased, partially due to limited clinic visits and a decrease in vehicle crashes. However, the department is seeing a rise in mental health calls and assaults.

Red Wing C.A.R.E. Clinic Director Julie Malyon said her health care organization is responding to people seeking dental care who are unaffiliated with a dental office, including some in life-threatening situations.

Cottage Grove Fairview Clinic Family Medicine Physician Jennifer Kaiser said video visits are being reimbursed at a higher rate than telephone appointments, andthat health systems can charge the same amount for such appointments as they do for in-person visits. To her, there needs to be a reimbursement shift so health systems can stay alive as they combat the loss in elective surgeries.

Craig, who spent more than 20 years working for a health care manufacturing company, agreed that the pandemic will permanently change the nation’s health care system. To her, the pandemic has exposed the weakness of the fragmented U.S. health care structure.

The letter has received support from the Minnesota Hospital Association, Gunderson Health, Avera Health and the Mayo Clinic.

“Initially, $30 billion was expeditiously disbursed from the fund based upon traditional fee-for-service Medicare payments; however, this formula fails to accurately reflect the funding streams for many rural providers,” the lawmakers wrote. “By excluding Medicare Advantage and Medicaid payments, many rural providers did not receive adequate funding to help cover losses. With this in mind, we appreciate the work you and your team are performing to address these issues for future distributions, and we urge you to establish an updated guidance as quickly as possible.”