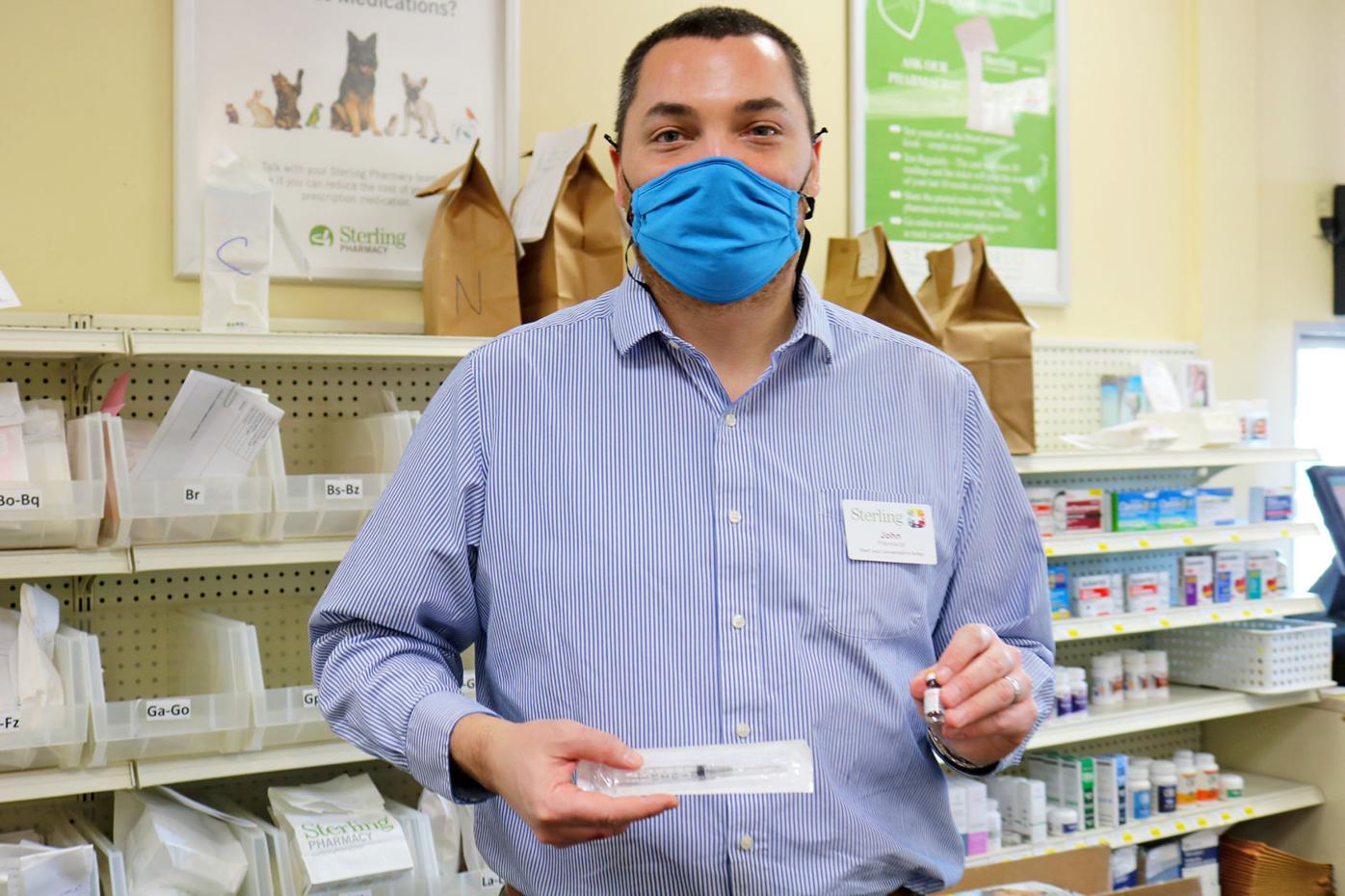 John Deranek, pharmacy manager at Sterling Drug in Owatonna, hasn’t handed out a free naloxone kit since before the holidays — despite a total of three known opioid overdoses in Steele County since the beginning of the year. (Annie Granlund/southernminn.com) 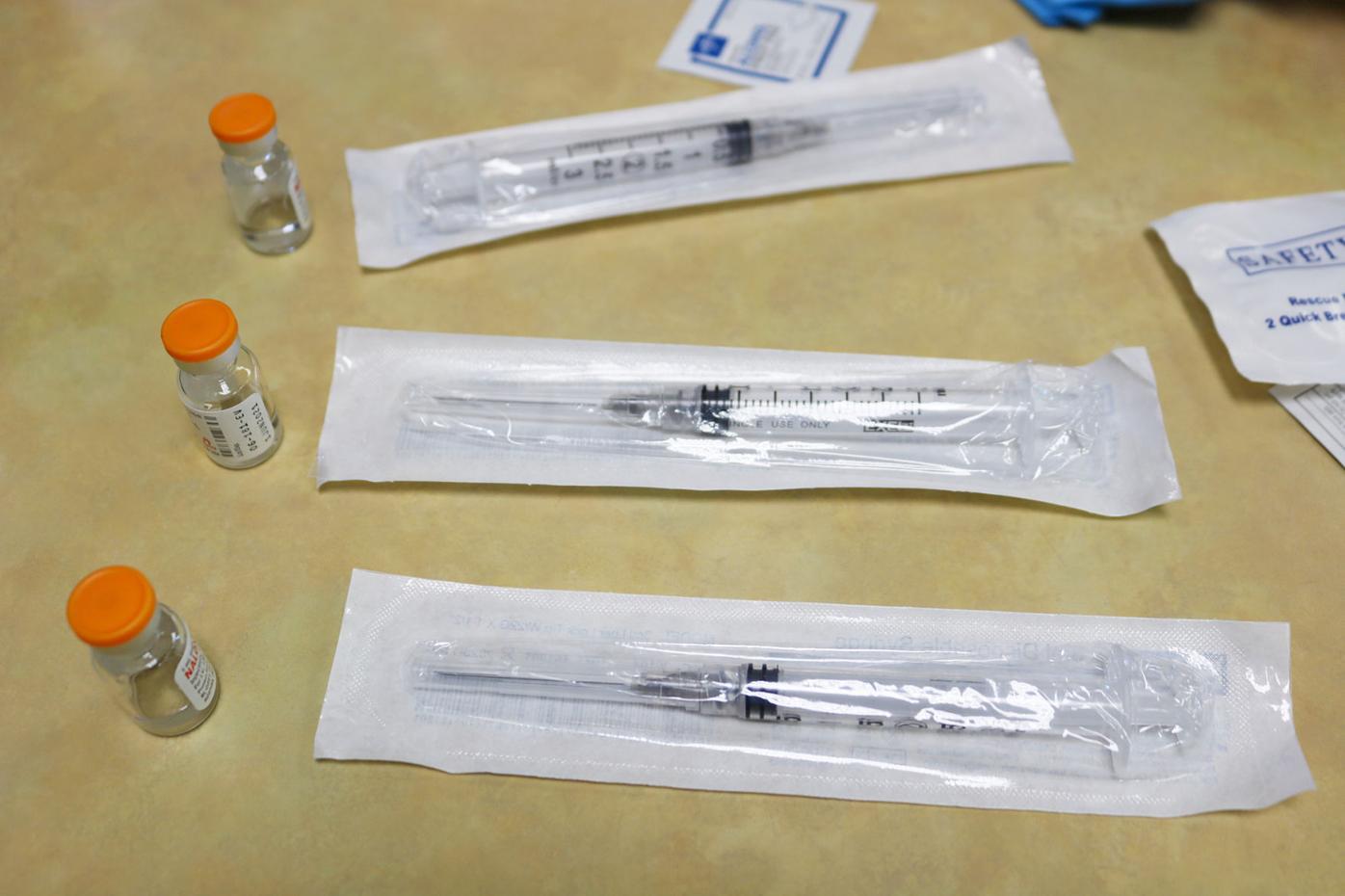 When receiving a naloxone kit from a pharmacy, the pharmacist will go over signs of an opioid overdose, how to administer a dose of the lifesaving drug and when to give a second dose if necessary. (Annie Granlund/southernminn.com) 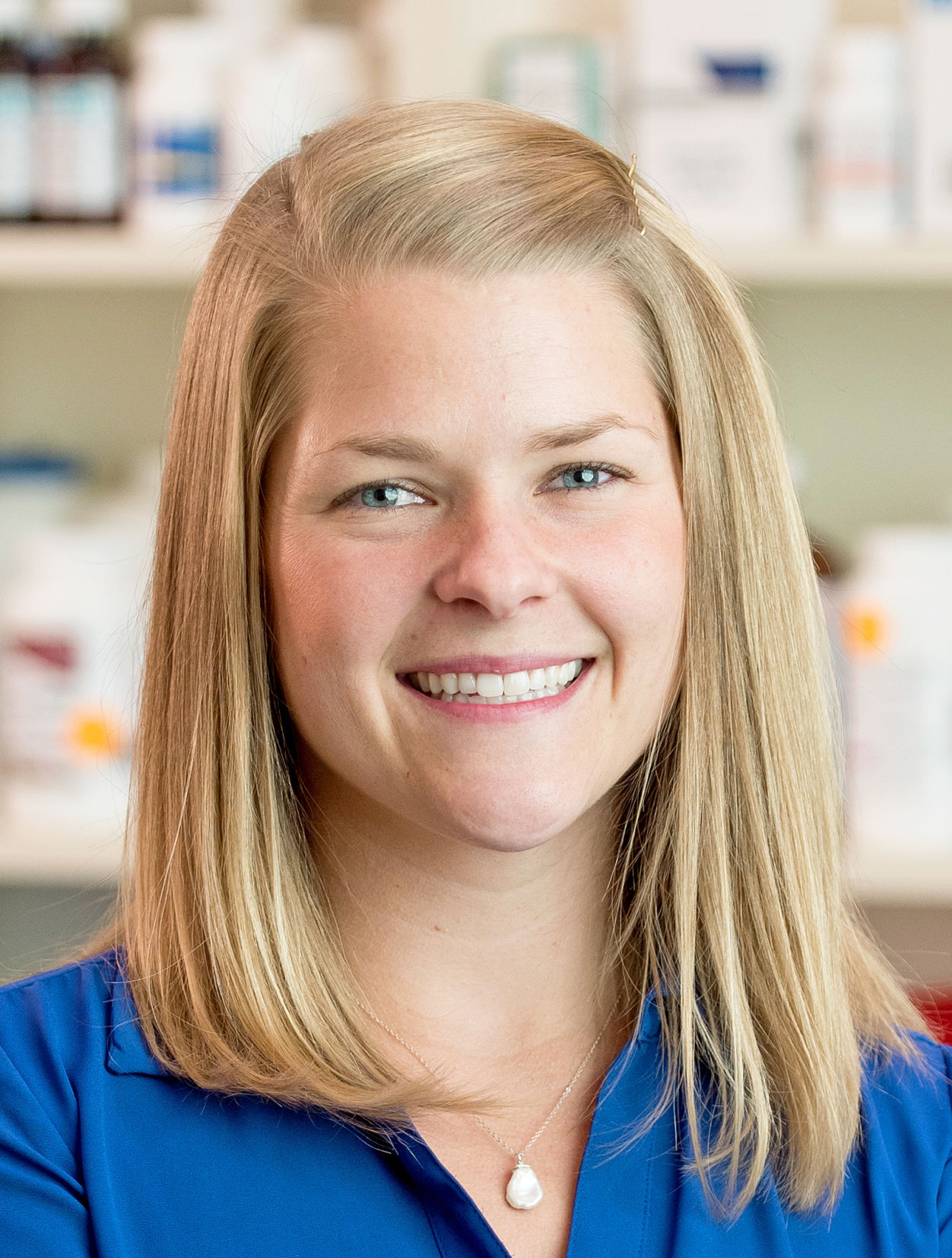 John Deranek, pharmacy manager at Sterling Drug in Owatonna, hasn’t handed out a free naloxone kit since before the holidays — despite a total of three known opioid overdoses in Steele County since the beginning of the year. (Annie Granlund/southernminn.com)

When receiving a naloxone kit from a pharmacy, the pharmacist will go over signs of an opioid overdose, how to administer a dose of the lifesaving drug and when to give a second dose if necessary. (Annie Granlund/southernminn.com)

This story is the third in an occasional series on the growing problem of opioids in southern Minnesota, and how they're impacting those who come in contact with the drugs and the addicts.

Some could say it begins and ends at the pharmacy.

“You hear about these overdoses — and even when it's heroin — it almost always started with pills, with opioid pain killers,” said Jessica Astrup Ehret, a pharmacist with Sterling Pharmacy. “You see each one of those situations and you know a pharmacist was involved at some point and you always secretly hope it’s not your patient, you don’t want it to be anyone’s patient.”

Over the last five years, Astrup Ehret has been instrumental in bringing a naloxone program to all 17 of Minnesota's Sterling pharmacies, starting with her original home base pharmacy in Northfield. While the program provides the lifesaving drug that reverses the effect of opioid overdoses at little or no cost to the public and without a prescription, Astrup Ehret said she's frustrated at how little the program is being used.

Spending most of her time in the Northfield and Faribault locations, Astrup Ehret said she’s only had a handful of meaningful encounters with community members utilizing the program. And she's adamant that the number should be much higher.

“There is so much stigma that I believe prevents people from wanting to walk in to their pharmacy and ask for naloxone or Narcan,” Astrup Ehret said. “We have seen more kits go out the door during the pandemic over this last year than we had in previous years, but it’s still fewer than I would like. When you know people are using in your community and aren’t taking you up on this free program it’s hard.”

Astrup Ehret is exceptionally passionate about fighting the opioid epidemic, which continues to devastate the country, the state and the region. In 2019, the most recent year figures are available, 49,860 people died in the U.S. from an opioid overdose, according to the National Institute on Drug Abuse. The Centers for Disease Control and Prevention reports that between August 2019 and July 2020, there were 61,297 opioid overdose deaths.

Despite the reports, which law enforcement believe don't accurately represent the true number of overdoses or opioid use in the community, Pharmacist John Deranek said he has not handed out a naloxone kit at the Owatonna Sterling Drug since before the holidays.

"It comes in waves," Deranek said. "But I can always tell when people must be talking about it more, because eventually we will hand out a lot at once, and then again nothing for awhile."

For Astrup Ehret, her drive and motivation begins by bringing the pharmacist to the table.

“Pharmacy seems to be a little forgotten in this conversation and pharmacists in general are largely left out of it,” Astrup Ehret said. “I found an opportunity to interject myself into the Northfield community after we began seeing younger people who didn’t fit any profile of someone you would think is suffering from substance abuse. We started working on initiatives to de-stigmatize substance use, how to get people to seek treatment and how to give people those second chances.”

The battle against opioid addiction has long been top of mind for pharmacists, according to Astrup Ehret. For many years, pharmacists have followed strict opioid dispensing rules and user assessments, and engaged in conversations with patients about alternative ways to mitigate pain. The pharmacist's most important role? According to Astrup Ehret, determining whether or not a patient may be “opioid naïve.”

“So much of the initial background work of dispensing takes place before we even talk to the patient,” she said. “We have to determine what type of patient we are looking at. Are they treating something like chronic pain that will keep them on opioids forever? Or are they a young person who just had dental surgery? All of this changes the conversation you need to have with them based on who you are talking to.”

That opens the door for the specific conversation a pharmacist needs to have with their patient, Astrup Ehret said. Sometimes it may lead to the pharmacist simply going over how to best limit the risk of adverse events and side effects while other times it may result in a pharmacist suggesting the patient hold off for a day or two before filling a powerful painkiller prescription.

“We generally try to get people — especially young people after an oral surgery — to try ibuprofen or Tylenol first before they put this even stronger medication in their body,” Astrup Ehret said. “At Sterling we even offer to deliver the prescription to them tomorrow if they call us back and they just need the medication, anything to take away some of those roadblocks that may prevent them from holding off.”

In recent years, Astrup Ehret has seen a more heightened apprehension in patients when it comes to taking opioids, but that people are also direct products of today’s convenient lifestyle. While these practices and conversations have prevented a fair number of opioid prescriptions from being filled, there's still a lot of work left to be done.

“At the end of the day, our goal is to limit opioid use,” Astrup Ehret said. “Anytime we can encourage alternative therapies is ultimately the goal, but sometimes it is just really difficult as we are the gatekeeper of the medication. There have definitely been times where I worry about a patient because we are their last line of defense.”

With the introduction of the naloxone program, Deranek said the role of the pharmacist has become that of a pseudo-trainer. When an individual asks for a kit, they pharmacist will open it up and explain each of the parts, show the individual how to draw up a dose and explain to how to administer it. The pharmacist will also discuss the signs of an overdose and when a second dose of naloxone should be administered if necessary.

"The really important part is that this is a 'no-questions-asked' program," Deranek said. "We aren't here to judge."

Since bringing the naloxone program to Sterling pharmacies, Astrup Ehret said one would be surprised how often those requesting the kits are clearly not getting it for themselves. She said more often than not the kits are being handed out to community members who may be in a line of work where they could come upon someone overdosing or to parents.

“I remember two specific interactions with parents of young people who had overdosed and in both situations it was the parents who found their unresponsive child,” Astrup Ehret said, adding that both sets of parents simply wanted to support their children who survived their overdoses. “It opens the door to have a second chance-type of conversation with them.”

“Giving these people a second chance, that’s what it’s all about,” she continued. “There are a lot of chances for people to find recovery, but sometimes we have to find ways to give them their second, third, fourth and fifth chance. Naloxone is that chance.”

Naloxone, a drug that reverses the effects of an opioid overdose, is available without a prescription.

The life-saving drug can be found at the following Rice and Steele County locations:

Growing number of ODs show opioids' grip on southern Minnesota tightening: As the stresses over social distancing, mask wearing and vaccine supplies continue, a silent killer lurks in the shadows.

How the opioid epidemic has changed response by law enforcement: It’s safe to say there is no such thing as a “normal” day in the life of a patrol officer, but nevertheless Owatonna Officer Derrik Quinlan started his shift in December not knowing the drastic way his day would change.