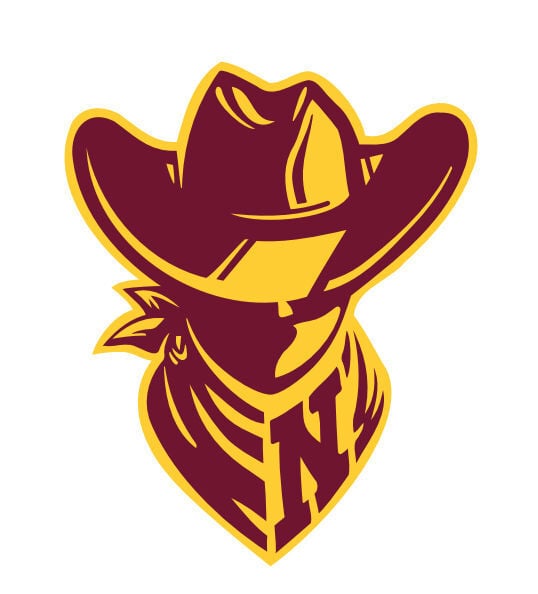 The No. 1 mascot logo option to replace the current one is seen in this photo. (Photo courtesy of Northfield Public Schools) 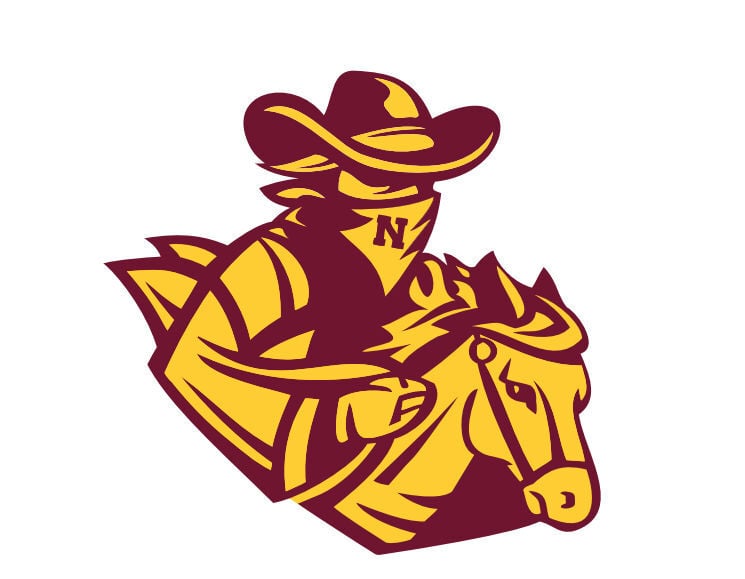 The second option includes a townsperson with a mask riding a horse. (Photo courtesy of Northfield Public Schools) 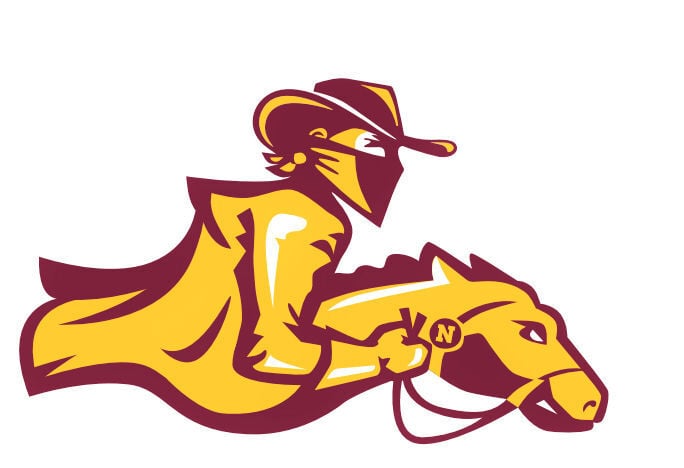 The third one also features a townsperson riding a horse. School Board members say this mascot logo has the most masculine features. (Photo courtesy of Northfield Public Schools)

The No. 1 mascot logo option to replace the current one is seen in this photo. (Photo courtesy of Northfield Public Schools)

The second option includes a townsperson with a mask riding a horse. (Photo courtesy of Northfield Public Schools)

The third one also features a townsperson riding a horse. School Board members say this mascot logo has the most masculine features. (Photo courtesy of Northfield Public Schools)

Renderings of three possible mascot logos to replace the current symbol, which some have deemed racist, have been introduced to the Northfield School Board.

The option the School Board expressed the most support for during an April 26 meeting was a mascot logo representing a townsperson from the raid with a bandanna below the head, listed as the first option. The second option shows the person riding on a horse, and the third is seen as having a clearer gender and racial identity. In the two images showing a horse, the committee expressed a desire for the focus to remain on the human. The School Board could vote on the new mascot logo in late May.

School Board member Amy Goerwitz expressed support for the No. 2 option and suggested the No. 1 mascot logo have more definition to its face. Leer noted committee members seemed to be drawn to the ambiguity of the mascot logo.

Though fellow School Board member Corey Butler said he “more strongly prefers” the first option, he noted he was surprised that humans were in all three logos. To him, despite the mascot logos having no defined gender, the implication is that it is male.

Butler added that he appreciated the ambiguity, noting the mascot logo is art and therefore open to interpretation.

“The work has been done,” he added.

The Northfield School Board authorized staff in December to move ahead with a process to update the school logo that includes a sword-bearing Raider that’s been called racially and culturally insensitive.

Since its introduction in 1956, the Raiders logo has seen controversy. Between its connection to the violence in the image of the sword, and the racial ties with the image’s Asian-appearing facial features, questions have been raised to the school and its administrators. In February 2020, Nicky Hosterman, representing the Northfield High School Student Council, told the School Board that he had spoken with Activities Director Joel Olson about the current mascot and how it doesn’t represent the James-Younger Gang’s 1876 robbery of First National Bank.

Other schools have dealt with similar issues regarding their mascots. Owatonna High School, a fellow Big Nine school, changed its mascot from the Indians to the Huskies in 1994. On the professional level, the Washington National Football League team last year ended its association with the Redskins name, a term deemed derogatory to Native Americans. The Cleveland Indians Major League Baseball squad has also faced backlash over its mascot in prior decades.

Last fall, the School Board directed administrators to form a committee and present options to change the mascot logo. The board required the mascot logo be easy to reproduce, gender-neutral and representative of the meaning of being a Raider, and usable for sporting events and other activities. The committee received approximately 21 ideas. The renderings were undertaken by Northfield-based Neuger.

At its April 26 meeting, the Northfield School Board also:

Approved a policy change intended to prioritize hiring teachers with experience in educating students from diverse backgrounds. Northfield Superintendent Matt Hillmann has said the amendment is based on research showing that students benefit from seeing and learning from staff members with whom they share physical characteristics and experiences.