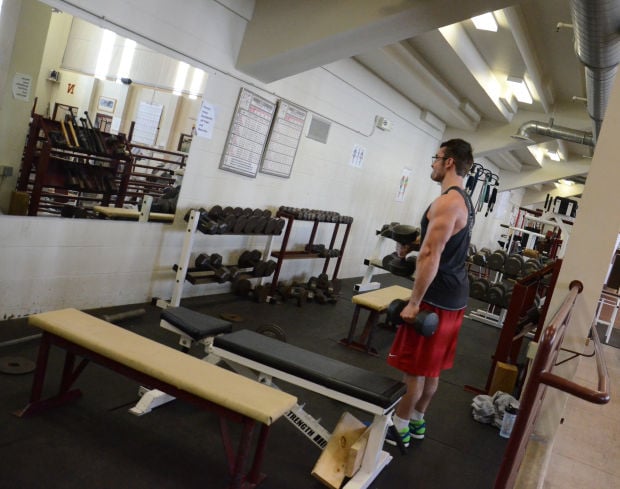 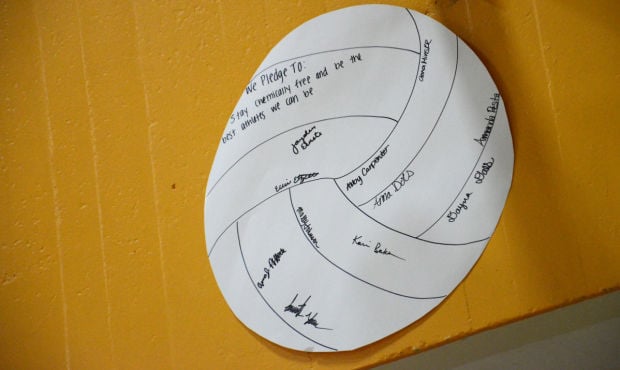 A sign in the Northfield High School gym bears the signatures of Raiders volleyball team members pledging to “Stay chemically free and be the best athletes we can be.” (Jordan Osterman/Northfield News) 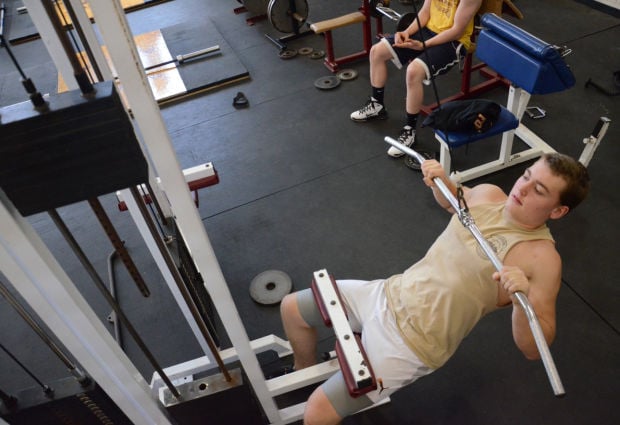 A sign in the Northfield High School gym bears the signatures of Raiders volleyball team members pledging to “Stay chemically free and be the best athletes we can be.” (Jordan Osterman/Northfield News)

This is part one of a two-part series examining the issue of steroid and supplement use in high school athletics. Part two will run in the sports section online, and in the Nov. 2 issue of the Northfield News.

At first it was a confidence thing.

Chase Malek was on the football team as a freshman. Having dealt with some weight issues to that point he really just wanted to feel better about himself. As the numbers on the bars increased and the number on the scale decreased, he did.

"It's become more than a hobby for me," he said while taking a break from curl sets in the NHS weight room. "I wake up, go to school and then lift weights. Yea. It's a lifestyle."

As is the case with an increasing amount of high school athletes, Malek takes supplements in an attempt to help his body make gains and improve its efficiency.

"I would say easily more than half [of athletes at NHS use supplements]," Malek said. "Some guys in here take creatine. You're not supposed to when you're under 18 or in a high school sport, but some choose to supplement with that. Fish oils, creatine, whey protein. It's all used as a supplement for your diet."

Sophomore Travis White has been lifting to help prepare for wrestling season and has felt the physical benefits of his post-workout supplement.

"It's a mixture of proteins and has gluatamine in it. It has all kinds of things that make your tendons feel better, your joints heal better," he said. "It's more of an athlete's cocktail. It really helps me a lot after workouts."

The purchases Malek and White make are part of an $18 billion supplement industry, which has penetrated further into the high school athletic world than ever before: According to the American Medical Society for Sports Medicine (AMSSM), between 24 and 29 percent of middle school and high school athletes are using ergogenic supplements. While their actual benefits are debated and their use is discouraged by the Minnesota State High School League, they represent a legal option that more and more athletes are taking.

A recent University of Minnesota study shows that illegal options too are being used by more Minnesota youth than previously supposed: Of more than 2,700 middle school and high school students from Minneapolis and St. Paul surveyed, 5.9 percent of boys and 4.6 percent of girls reported using steroids, which is a felony without a prescription.

"The use of muscle-enhancing behaviors is substantially higher than has been previously reported and is cause for concern," the article concludes.

Locally, it's a difficult issue to take a pulse of. Junior baseball player Caleb Malek said he has "heard of" athletes at NHS using illegal steroids, adding that "[there is] a small percentage that do. There are probably a few of them."

NHS trainer John Sand said "there have probably been some at some point. But it's a really low number."

"I have heard a couple of rumors over the years, but that's about it. That's just kids talking," he added. "Kids do that a ton, where if a guy really hit the weights and got big they'll say, 'Oh, he's using steroids.' And there's no evidence of that. That's just kids being kids."

The lack of evidence is based in large part on the structure of high school athletics: Coaches, trainers and teachers see students for parts of days over years where their bodies are naturally changing at huge rates. Knowing exactly what students are putting in their bodies and what changes it might cause over that time span can be difficult.

"I don't know what they're doing, or what they're taking outside of here," weight room supervisor and assistant football coach Mike Allen said. "I don't know how you can [monitor everyone]. We see these kids a lot more than most people, but there's a lot of time outside of that."

It's far from a new issue, both in Northfield and elsewhere. Kevin Merkle -- NHS's athletic director from 1987-2001 -- said "there was a big push on the steroid stuff when I was in Northfield. There was a lot of concern, and there's no doubt in my mind we had steroid use then."

In essence, further emphasis was placed on curbing distribution as opposed to catching minors using steroids, which - as attempts in several states have shown - can be an extremely expensive and unproductive effort. For example, in 2007 the New Jersey's state high school athletic association became the first to test high school athletes for performance-enhancing drugs. In a little more than four years the state and the association spent $400,000 to test about 2,000 student athletes. Of those 2,000, one tested positive.

Similar results played out in Texas and Florida, which shuttered its testing program in 2009 after just one positive test the year before.

"It's been over 10 years since we've had any conversation about testing. There are so many things that make it difficult," said Jody Redman, an association director with the MSHSL. "When you look at all the variables it just doesn't make sense."

Catching kids using steroids has proven difficult, and there remains a moving needle on the supposed amount students are using the illegal drugs in Minnesota. In Northfield, NHS principal Joel Leer said that he hasn't "gotten much wind of significant use to the point we've incorporated it in our data."

That data comes from a give-and-take with state-wide student surveys given once every three years. Currently those surveys don't include any questions explicitly asking about steroid or supplement use.

"To this point…the conversations we have about dangerous behaviors haven't involved [steroids] to a large extent," Leer said. "The Minnesota survey folks, the questions would change if they believed there was a greater issue."

The way it stands, steroid use is down the list of worrying behaviors behind several others, including alcohol, marijuana, and other chemical use,  Redman said.

"Those are more concern for our young people than steroids are," Redman said.

While there are several substances on any list of concerns for young people, the University of Minnesota study posed a potential link in steroid use increases to media images, including a shift in how body sizes and shapes are portrayed. The study's findings that 90 percent of boys and 81 percent of girls were "exercising more to increase their muscle mass" supports that idea, and it suggests the prevalence of "doping in professional sports" may lead kids to think it's normal.

A study by the Taylor Hootin Foundation furthered that idea, finding "77 percent of males surveyed said that [appearance- and performance-enhancing drug] usage in professional sports 'puts pressure on young athletes to use drugs to get ahead.'"

"Obviously there is stuff in the media. Kids see it. They know these things get abused, and abused by elite athletes. The whole [Alex Rodriguez getting caught using steroids] thing. All this stuff, kids soak it in," Graupmann said. "So for them it's, 'That really hot shot athlete used it and look where it got them. Even if they got busted that's OK, because look at all the fame and glory they got.' Some of the stuff that happens in society that kids are subject to, that really creates decisions for them, too."

Role models who are physical outliers are all over, and studies have long made the correlation between the unrealistic body images portrayed in media messages and poor body image for youth. With television and Internet access at higher rates than ever, the saturation of those images is borderline omnipresent.

Many point to the Internet as well in its ability to give youth access to supplements and more illicit materials: A simple Google search for "steroids online" brings more than 31 million results.

"It's like they're looking for a quick fix, and there aren't any. But people are willing to sell it to them," Allen said. "Kids go on the Internet and in 24 hours they can come up with 100 different ways to be bigger, faster, stronger."

All of those results-based goals represent a viewpoint of sports that many in Minnesota are looking to move away from.

"We live in a win-at-all-costs sports culture. It's very much extrinsically motivated. We're always dangling the win, the scholarship, the award, the recognition," Redman said. "When we look at defining what kids are participating for…we need to get away from the almighty, important focus of winning, and get back to the focus of educational athletics. We want them to be positive contributors to society."

That ultimate goal underlines a major preventative stance: If student athletes' desire to play fair in athletics overrides their desire to do anything to win, they may be less likely to turn to substance misuse or abuse. The hope is for the athletic culture to not reward the things that substances can potentially help attain.