Marketing and Tourism Directors in Northfield, Faribault, and Owatonna have been working hard over the last three years to showcase the great tourism destinations that lay south on Interstate 35. Pictured, left to right, are Lisa Peterson (Northfield), Nort Johnson (Faribault), and Karen Pehrson (Owatonna). (Submitted photo) 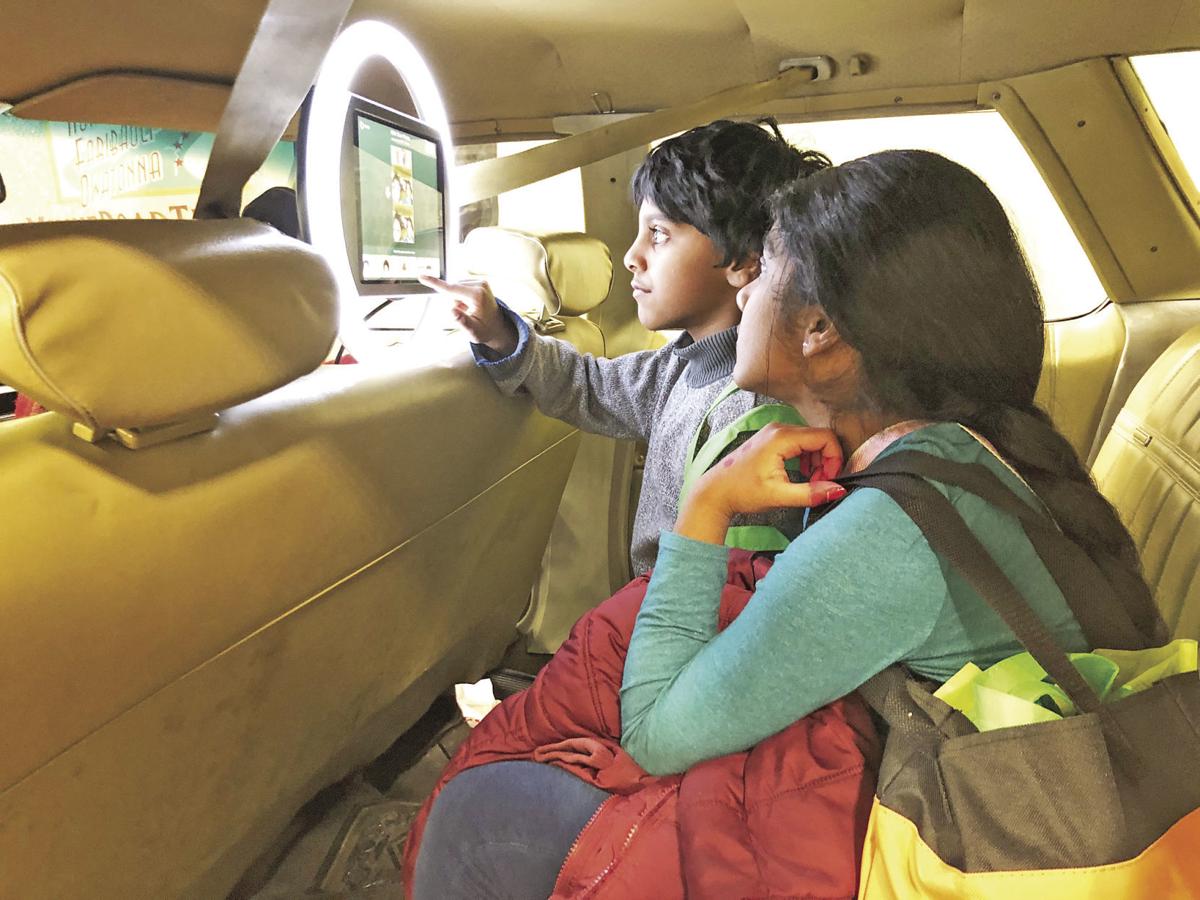 Two children utilize the photo booth inside the Minne-Roadtrip 1971 Kingswood wagon at a recent travel convention. The vehicle is part of a three-year marketing collaboration between the Chambers of Commerce in Owatonna, Faribault, and Northfield to drive tourism south of the Twin Cities. The project was recently nominated for an Explore Minnesota Tourism Award. (Submitted photo) 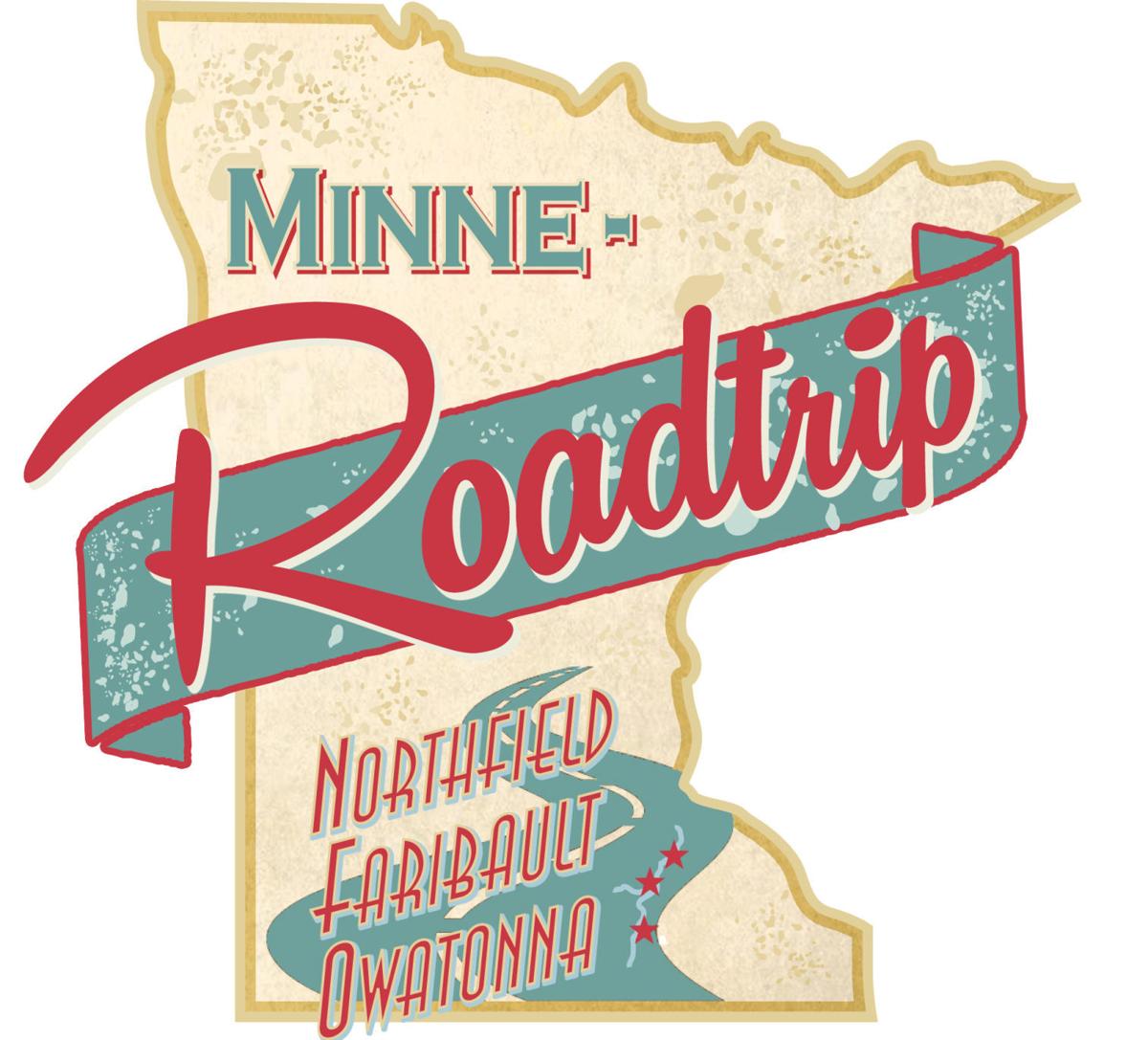 For many people, Faribault, Northfield and its neighbors to the south are considered one of Minnesota’s best kept secrets. Some secrets, however, are just too good not to share.

A three-year collaborative effort with chambers of commerce in Owatonna, Faribault, and Northfield has helped the gems along Minnesota’s southern Interstate 35 to become more popular in the world of tourism thanks to the Minne-Roadtrip.

“This came about as a partnership that was put together to purpose travel and tourism in southern Minnesota,” said Karen Pehrson, the director of tourism and conventions at the Owatonna Area Chamber of Commerce and Tourism. “As three small towns, it made sense for us to partner together to bring more exposure to southern Minnesota.”

“Explore Minnesota talks a lot of ‘true north,’ and I think that leaves a lot of people thinking they have to travel north of the Cities to experience the state,” she continued. “But we want to showcase all the great things south of the Cities. We have great breweries, hiking trails, rivers, lakes, and a lot of new wineries. There’s really something for everybody.”

The Minne-Roadtrip, as it is dubbed, is a branded marketing collaboration between the three “south of the metro” communities. According to the website, the Minne-Roadtrip offers visitors the opportunity to get out of the hustle and bustle of the city and everyday life by visiting the picturesque downtowns, historic attractions, and small family-owned businesses. The website shares information with travelers on local shopping, events, dining, and other travel ideas as well as ways to explore the art, culture, and history found throughout the three communities.

The Faribault Area Chamber of Commerce and Tourism was also nominated for its Making American Stories branding campaign, an initiative that ties the city’s diverse business sector with the overall U.S. historical landscape and immigrant experience. The campaign is in print and on billboards, and officials plan to weave it into other city materials.

Faribault Chamber of Commerce and Tourism Executive Director Nort Johnson said when the appeal of visiting all three cities is combined, a more enticing package can be developed for tourists. He said there are attractive destinations in all three communities, from the Reptile and Amphibian Discovery Zoo in Owatonna, to Faribault having the largest Downtown Historical District in the state, to Northfield having the well-known First National Bank the James-Younger Gang tried to rob in 1876.

“I know that the effort and the brand are just super-positive for our community, and I am especially fond of the cooperation between the communities,” Johnson said.

Northfield Area Chamber of Commerce and Tourism Executive Director Lisa Peterson said the collaboration began her second day with the Chamber in 2015. She emphasized that Northfield, Owatonna and Faribault are connected and are focused on building the entire region to make a larger economic impact. In doing so, she said it makes for better tourism and a better chance for the cities to see the economic benefits visitors bring from eating and sleeping in the communities.

Pehrson said that in order to capitalize on the success of the Minne-Roadtrip brand, the group purchased a “true iconic travel symbol” of a decked out 1971 Kingswood wagon, affectionately named “Minne” and complete with a photobooth in the rear seat.

“Minne has been featured in parades and shows over the last year and has been a hit with show-goers and locals alike,” Pehrson added.

Validating the hard work dedicated by the communities’ three respectable chambers, the Minne-Roadtrip has been nominated for a 2020 Destination Marketing Award through Explore Minnesota Tourism. The category the project has been nominated under is Special Projects, which can include public relations, website, branding, co-ops, and others that have shown exceptional destination marketing efforts and execution.

“It’s super exciting,” Pehrson said, reflecting on the hours people have put in to this project. “Over the course of three years we’ve been building on the brand and it’s created a lot of buzz. It’s not always about going up north, there is stuff to do even right in your backyard.”