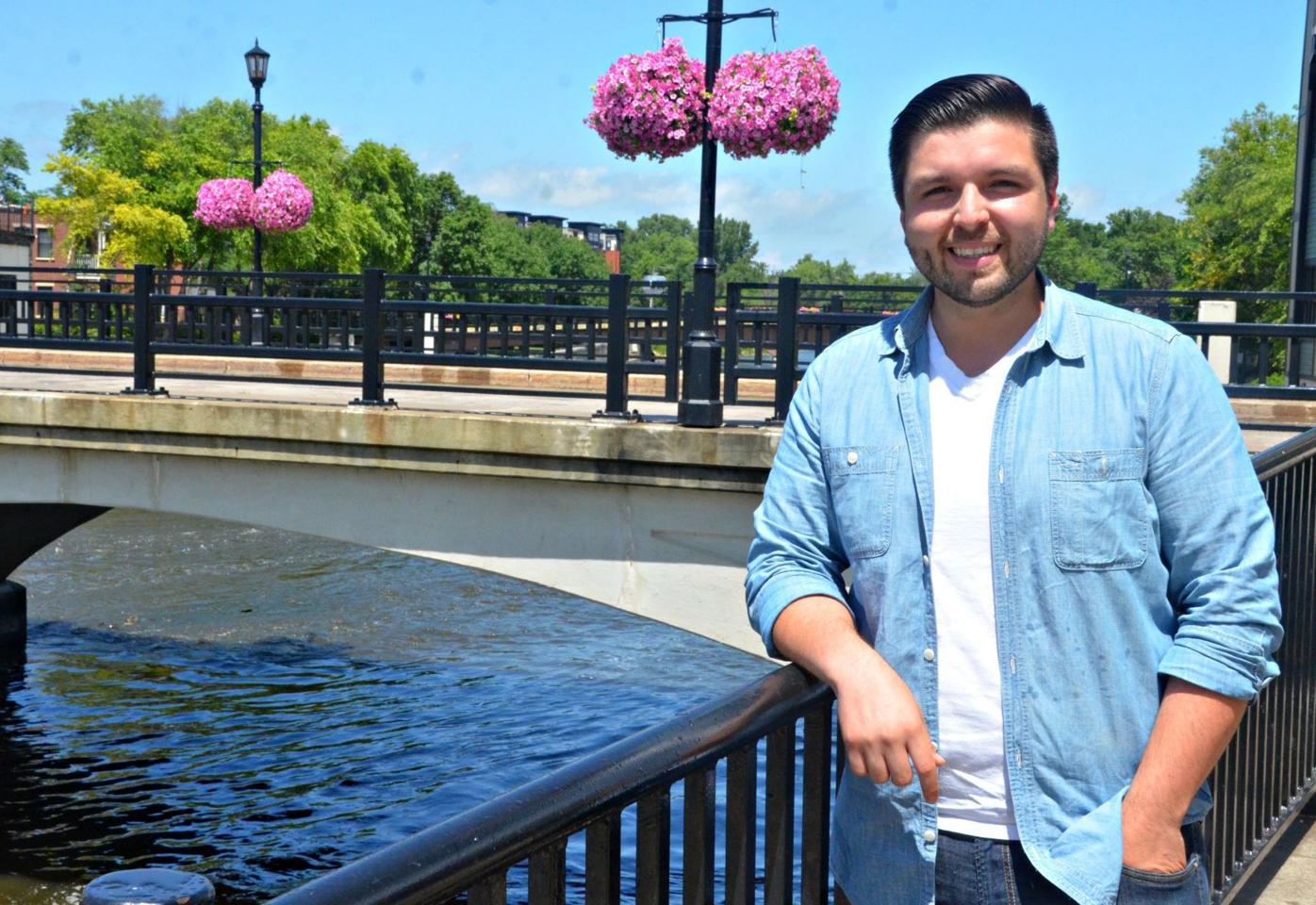 Ruben Alvarez lives in Northfield with his wife and three children, where he teaches at Northfield Public Schools in the English Learner program. He also advocates for Latinos in the community through several outside programs. (Philip Weyhe/Northfield News) 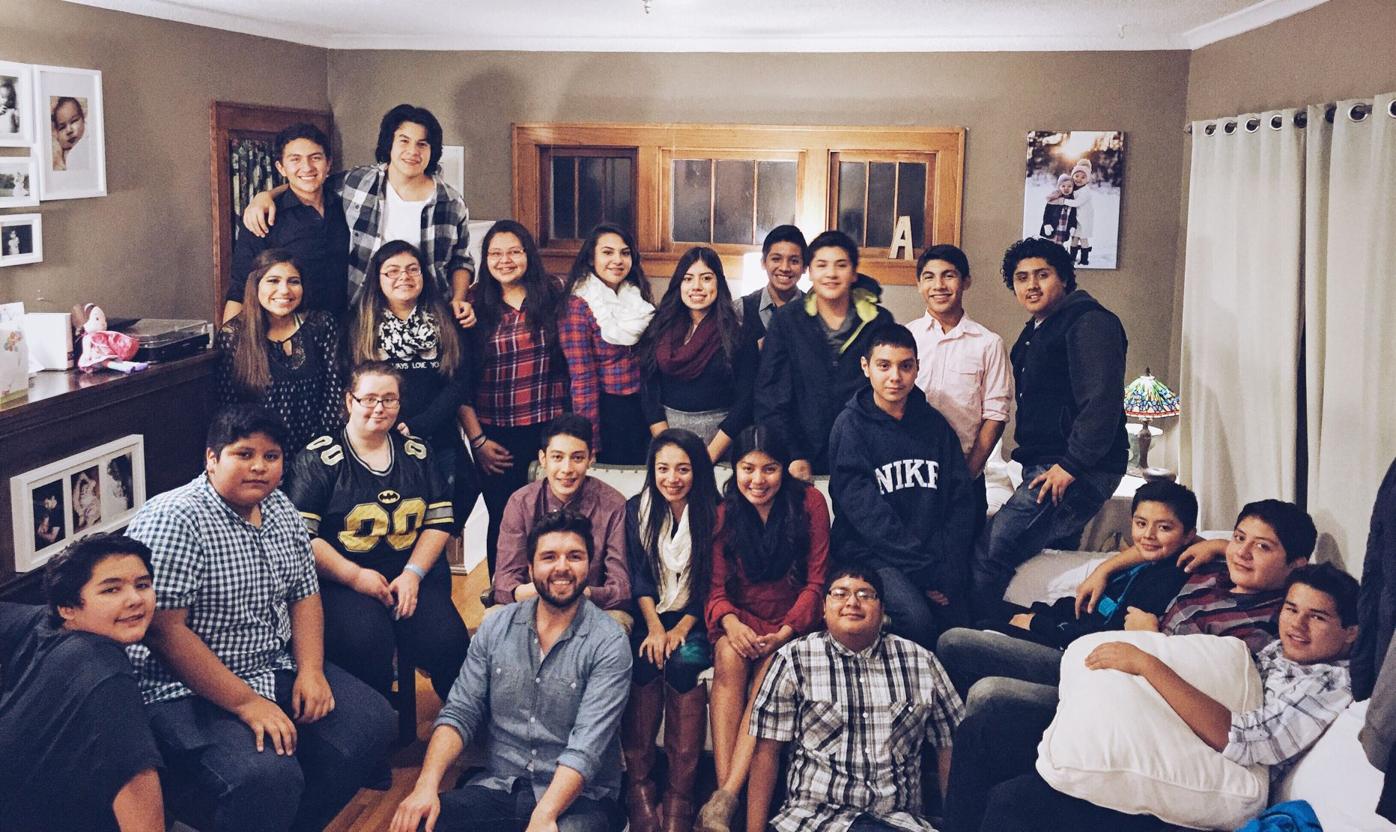 Ruben Alvarez and his Teen Outreach Program. TOP is sponsored by HealthFinders and provides opportunities for Latino youth in Northfield to discuss healthy living and overcoming cultural differences. (Photo courtesy of Ruben Alvarez)

Ruben Alvarez lives in Northfield with his wife and three children, where he teaches at Northfield Public Schools in the English Learner program. He also advocates for Latinos in the community through several outside programs. (Philip Weyhe/Northfield News)

Ruben Alvarez and his Teen Outreach Program. TOP is sponsored by HealthFinders and provides opportunities for Latino youth in Northfield to discuss healthy living and overcoming cultural differences. (Photo courtesy of Ruben Alvarez)

As he spent the first 16 years of his life migrating between southern Texas and Minnesota, he found himself often unwelcomed by the white community and pushed back by the Mexican community. It was a troubling feeling.

Eventually, Alvarez, now 30, grew past that difficult stage. He settled in Minnesota permanently and found his own identity. Today, he works in the Northfield School District, while raising three young children with his wife, Jenna.

That period of constant transition and searching for a place to fit still stands out in the memory of Alvarez. So in his work today, he does everything possible to stop Northfield’s Latinos from feeling the same way.

Other than working as an English Learner teacher, Alvarez is heavily involved with after-school and out-of-school programming. He works with the district’s targeted services program, helping students to catch up in reading and literacy rates.

Alvarez also started and still leads the annual Cinco de Mayo celebration at Northfield Middle School, which has turned into an opportunity for the Latino community to show off their heritage to the greater community. Mar Valdecantos, who has aided Alvarez in several projects, believes he is a crucial resource for the city.

“He knows very well both systems. He knows the Latino community and American community. He can navigate both very well,” she said.

Despite the constant movement, Alvarez has many very positive memories of his childhood. He was born a mile from the Mexican border and went on to live about 45 minutes away.

“I’m from Texas but not the one everyone sees on television,” he joked.

The Texas he knew was Latino, with Spanish speakers at every corner. Even the teachers at school spoke it.

The area was also poor. Alvarez has memories of dirt and paved roads mixing together, stray dogs roaming the streets. Those thoughts don’t bring sorrow, rather joy.

“For some reason those images make me so happy,” he said with a big smile. “There’s just something in our culture, where though we may not have much money, we have a lot of generosity.”

Alvarez learned to share anything and everything he could offer. Through migrant work, he also learned the value of hard work.

“We’d come to Minnesota in April. We’d finish school for about a month and work in the sugar beet fields by Fargo and Moorhead,” he said. “Then we’d start school again in September. Dad hauled sugar beets to the main plant until November, and then we’d go back to Texas.”

Sophomore year, that all changed. The parents decided that their three children needed to settle down in one place so they could gear up for college. That place was the very small town of Ada, Minnesota.

It took some time, but Alvarez eventually managed to get comfortable and make some friends in his new home. He experienced the first long winter of his life, but he got through that, too.

“Because there weren’t other Latino students, I made white friends,” he said. “They were real friends. We were high school students. We made dumb mistakes. But we were friends.”

Alvarez grew confidence in who he was over time. He met his wife-to-be on the last day of high school, eventually joining her at St. Olaf College in Northfield.

Alvarez went on to get his bachelor’s degree in Spanish with a K-12 Spanish and EL teaching license. Then he got his master’s of education from St. Mary’s University. Now, he’s working on a master’s for elementary education through Grand Canyon University.

He also likes to teach, and his teaching involves more than academics. He is attempting to use his position in the community to influence Latino youth and adults, alike, to step up in Northfield.

“I know some politicians like to use Latinos as pawns, saying this negative and this positive,” Alvarez said. “I always tell students ‘speak for yourself. Not just through your words, through your actions.’”

Alvarez wants to see more and more Latinos contributing through volunteering, ideas, careers and more. He also wants to see a welcoming of those possibilities by the community as a whole.

“There are assets that we bring to the table that are uncommon,” he said. “We think differently, we’re creative and we strive to do the best. Coming together and collaborating would be so powerful.”

Ruben Alvarez serves as a Teen Outreach Program (TOP) facilitator during the after-school program at Northfield Middle School.  The program focuses on topics of healthy relationships and healthy decision-making.

Through parent sessions, the program engages parents in conversations about adolescent health issues and communication strategies.  He has been an advocate in the Latino community for the past eight years as a Northfield Latino and EL teacher. After graduating from St. Olaf College, he pursued his master’s through St. Mary’s University in education.