Deputies from Rice County along with officers from Faribault, Northfield and Lonsdale concluded a successful “Click it or Ticket” campaign at the end of last month. (Photo courtesy of Rice County Sheriff’s Office) 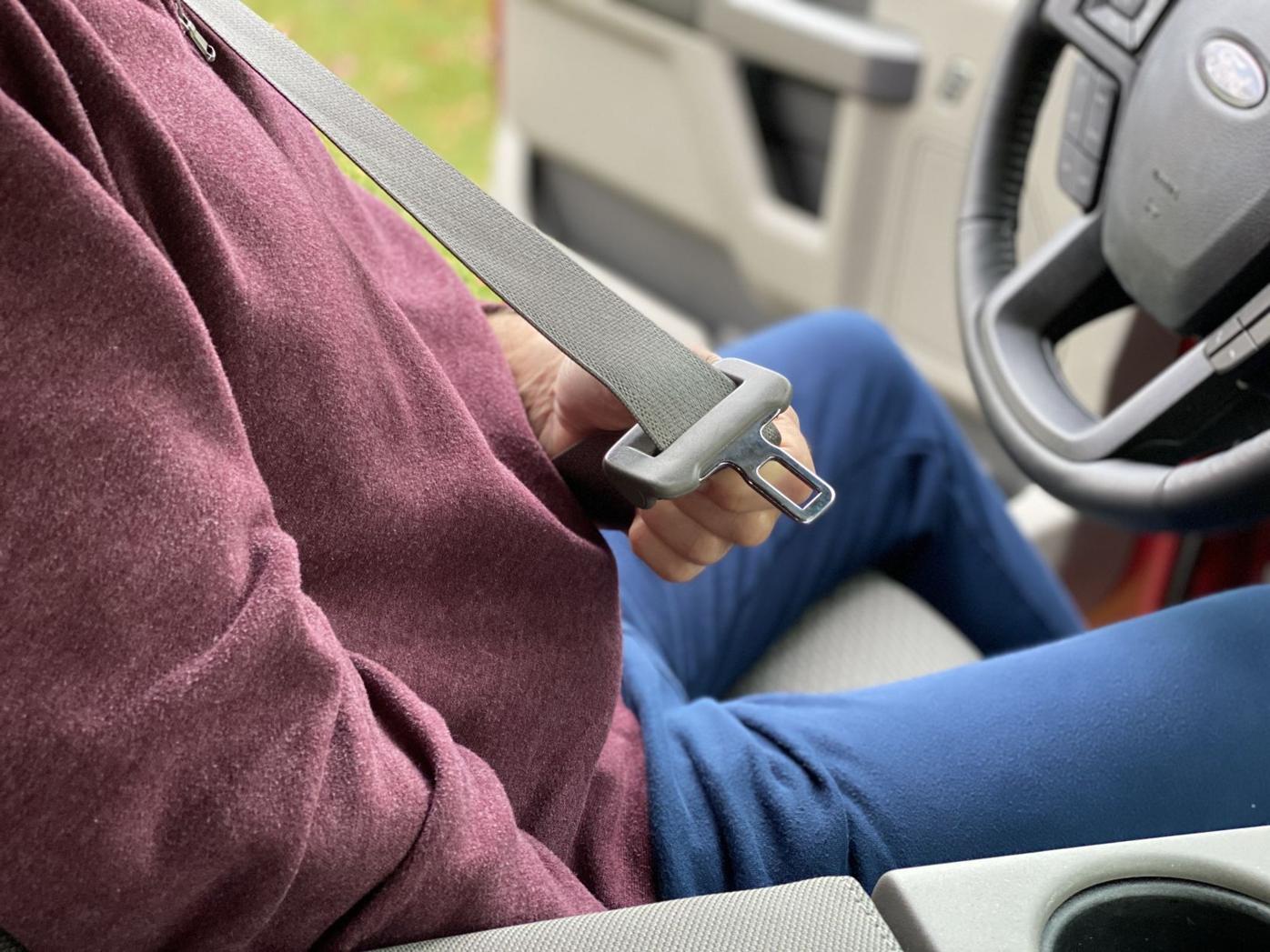 In Rice County, six people have lost their lives on the road this year, compared to just two last year. In five of those cases, the people who died were unbelted or not wearing a helmet. (Suzanne Rook/southernminn.com)

Deputies from Rice County along with officers from Faribault, Northfield and Lonsdale concluded a successful “Click it or Ticket” campaign at the end of last month. (Photo courtesy of Rice County Sheriff’s Office)

In Rice County, six people have lost their lives on the road this year, compared to just two last year. In five of those cases, the people who died were unbelted or not wearing a helmet. (Suzanne Rook/southernminn.com)

Rice County law enforcement agencies are reminding motorists to buckle up after a seat belt campaign nabbed several dozen local motorists failing to do just that.

More than 300 law enforcement agencies across the state participated in the Click It or Ticket enforcement awareness campaign from Sept. 18-30, reporting 2,664 seat belt citations and 64 child seat violations.

That’s a significant drop from last year’s total, when 4,415 seat belt citations and 96 child seat citations were issued. However, it’s notable that the number of traffic fatalities among unbelted motorists is on pace to sharply increase this year.

While she was grateful that the numbers weren’t higher, Kathy Cooper of the Rice County Safe Roads Coalition was deeply alarmed by the number of fatal crashes this year, along with the fact that in most of those cases, failure to use a seat belt played a part.

Even though motorists have gotten better at wearing their seat belts over the years, Cooper said she’s somewhat exasperated that some motorists still don’t make the simple, potentially lifesaving decision to wear their seat belt.

“I don’t know how much more we can say about (the importance of) wearing your seatbelt,” she said. “Officers aren’t just (issuing tickets) for kicks, they’re doing it to save a life.”

Northfield Police Sgt. Kevin Tussing said one officer signed up for an extra shift and a few Faribault officers made their way over to Northfield to cover a few shifts.

Across the state, 297 individuals have died on Minnesota’s roadways as of Oct. 5. That’s an increase of 28 compared to last year, and Rice County Sheriff’s Office Troy Dunn noted with consternation that a similar increase has been seen locally.

In Rice County, six people have lost their lives on the road this year, compared to just two last year. In five of those cases, the people who died were unbelted or not wearing a helmet.

Dunn said there’s no more difficult call he has to make than the one to a mother, father, son, daughter or spouse telling them that their loved one has been lost in a severe injury crash. By making some simple changes, he said those numbers can be minimized.

Severe crashes overall are on the rise this year, after a general trend of decline over the last few decades. Dunn attributed the increase to the decision of too many motorists to “drive too fast, drive distracted or drive impaired.”

“We have to start with the basics again,” Dunn said. “When we’re driving, the priority has to be driving, not conference calls, doing your makeup or eating.”

Though new cars may come equipped with more safety features than ever, none are more important than the seatbelt. According to the National Highway Traffic Safety Administration, wearing your seat belt reduces the risk of fatality by 45% and serious injury by 50%.

According to the Minnesota Department of Public Safety, nearly 80% of all auto accidents in the state involve one of four “bad behaviors”: distracted driving, speeding, not using seat belts or impaired driving.

Last year, the state passed a “hands-free” law in an attempt to reduce distracted driving. Previously, only texting while driving had been illegal, a provision of the law that was very difficult to enforce.

Drivers who use a cellphone are four to five times more likely to be in an injury crash, according to the Insurance Institute for Highway Safety. Using a phone “hands-free” helps to mitigate some of that risk, though advocates note that putting the phone aside is the best option.

Even though the law has been in place for more than a year, many motorists are still tripped up by it. Dunn said his department issues tickets every day while Bohlen reported 17 citations just over the course of the Click it or Ticket campaign.

“We want for people to continue to buckle up, stay safe and avoid distractions,” Bohlen said. “It’s unfortunate that we see these violations.”