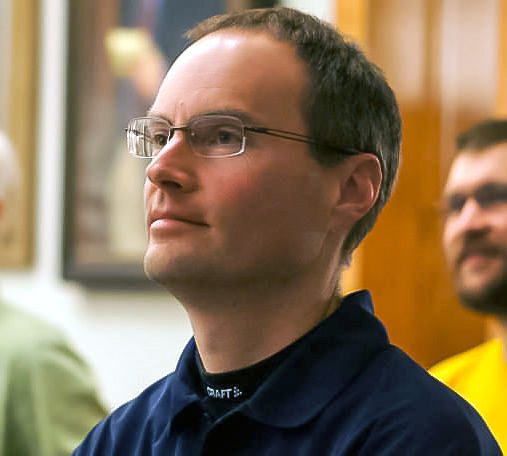 Jim Wellbrock is a fixture at Northfield Raider athletic events as a photographer and parent. (Photo courtesy of Jim Wellbrock) 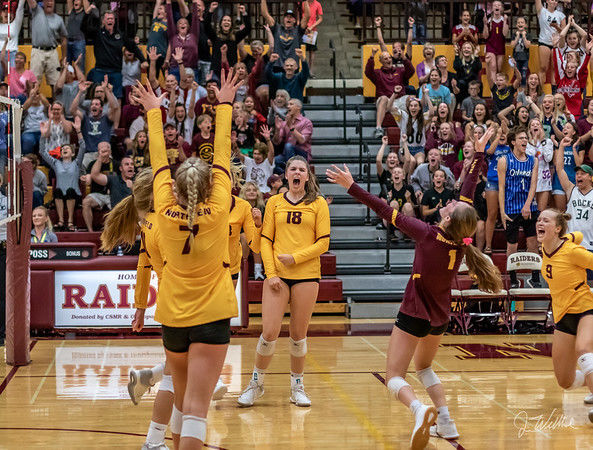 Jim Wellbrock not only seeks reaction shots from athletes, but from others at events including fans. He captured the joyous Northfield faithful after a won point in a 2019 match versus New Prague. (Photo courtesy of Jim Wellbrock) 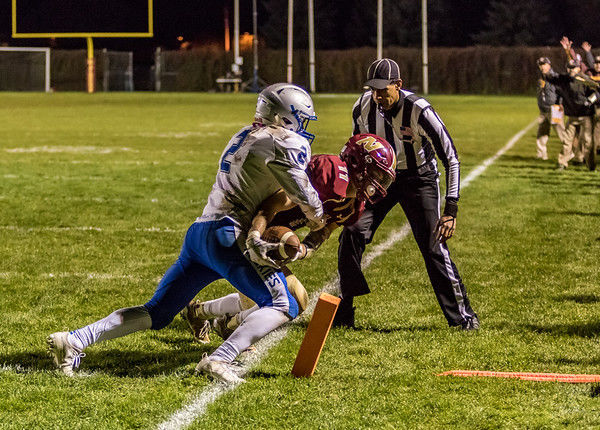 One of Jim Wellbrock's favorite photos he's taken came here with a game-winning touchdown scored by Alex Rasmussen in a 2017 home win over then undefeated Owatonna. (Photo courtesy of Jim Wellbrock) 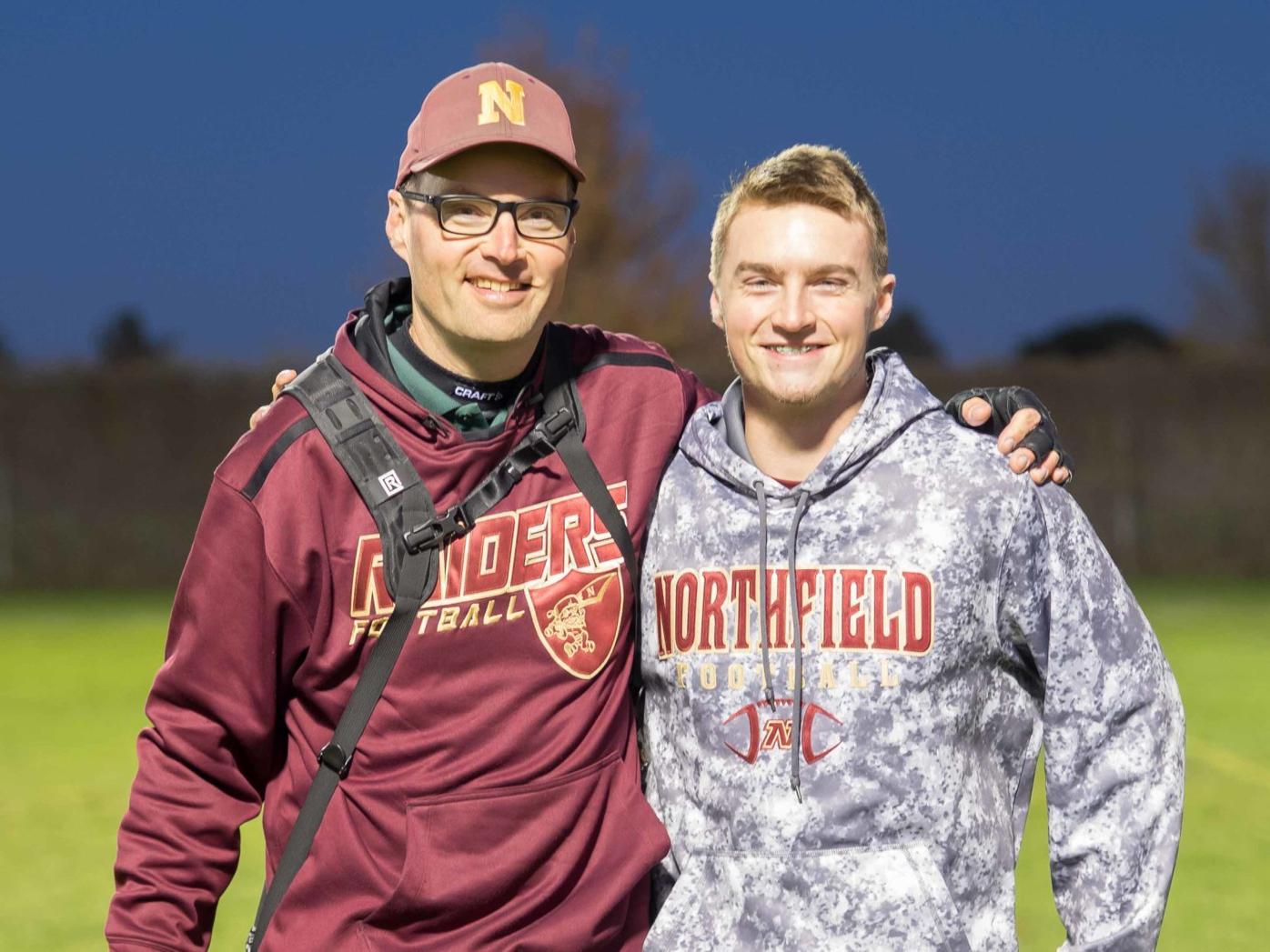 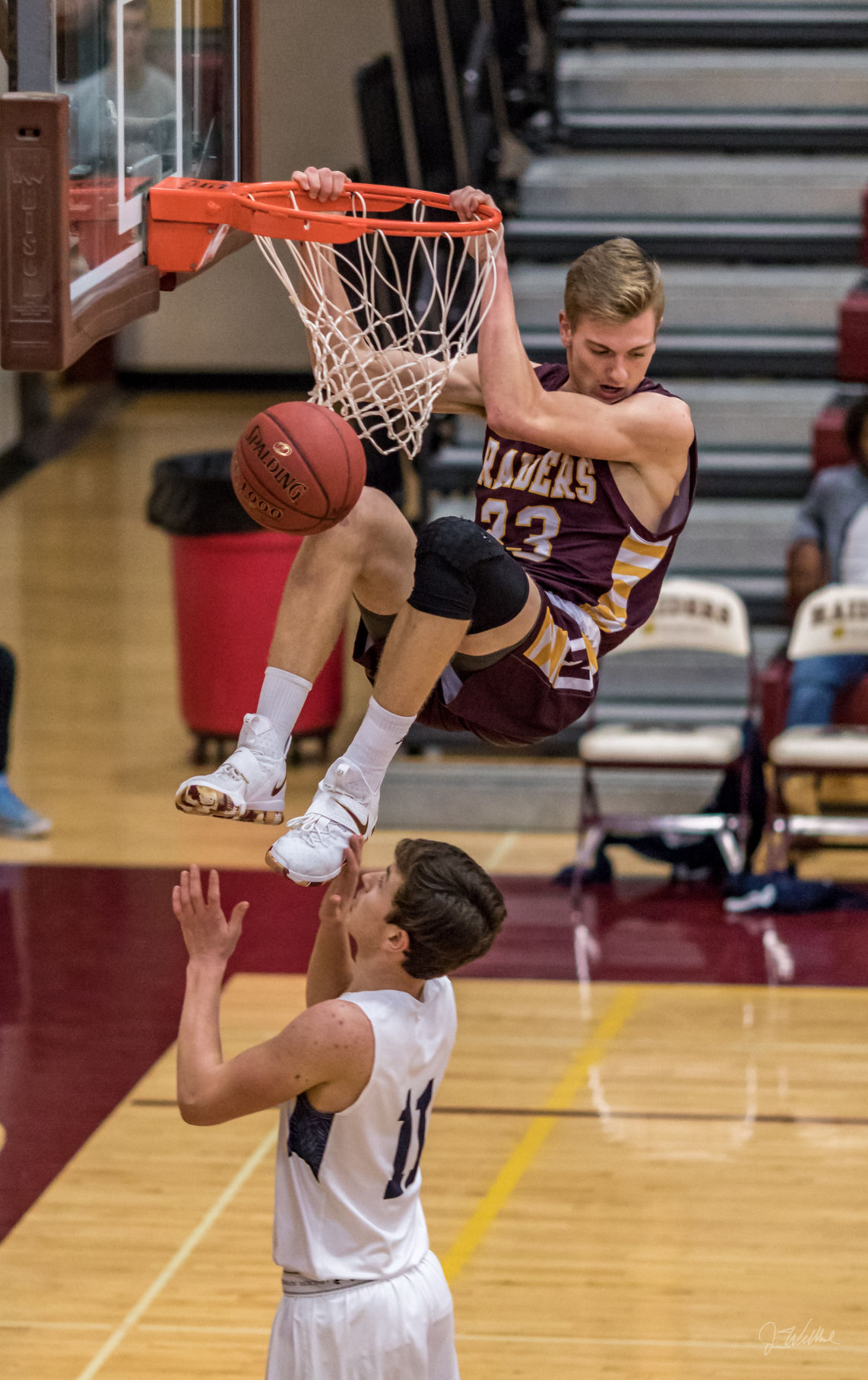 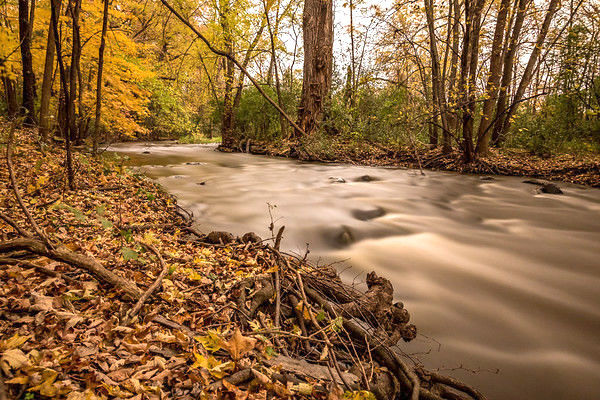 Jim Wellbrock primarily photographs athletics, but he enjoys time to shoot out in nature as well. (Photo courtesy of Jim Wellbrock)

Jim Wellbrock is a fixture at Northfield Raider athletic events as a photographer and parent. (Photo courtesy of Jim Wellbrock)

Jim Wellbrock not only seeks reaction shots from athletes, but from others at events including fans. He captured the joyous Northfield faithful after a won point in a 2019 match versus New Prague. (Photo courtesy of Jim Wellbrock)

One of Jim Wellbrock's favorite photos he's taken came here with a game-winning touchdown scored by Alex Rasmussen in a 2017 home win over then undefeated Owatonna. (Photo courtesy of Jim Wellbrock)

Jim Wellbrock primarily photographs athletics, but he enjoys time to shoot out in nature as well. (Photo courtesy of Jim Wellbrock)

Sometimes a simple hobby can snowball.

Jim Wellbrock got his first camera around age 12. He quickly made a beeline outdoors. Wellbrock liked to roam around his hometown of Fergus Falls, Minnesota, snapping photos of the woods, buildings or whatever his viewfinder came across.

But this was no prospective career.

“I took one college class in photography,” Wellbrock, an engineer by trade, said. “We had to roll our own film. “It wasn’t interesting to me, that part of it. It was monotonous. I wanted to take the pictures and see the results and not necessarily do all the film rolling.”

Wellbrock doesn’t miss the laborious days of old spent developing film in the darkroom. Decades later, though, and he finds himself editing away in another type of darkroom.

A labor of love

The sun wasn’t far from making its daily appearance over top of Wellbrock’s Northfield residence.

Wife Rebecca, daughter Laura and sons Nathan and Graham were all sound asleep. Jim was not.

“Owatonna football in 2017, we beat them here,” Wellbrock was quick to recall one of his favorite memories photographing Northfield athletics. “It was back and forth the whole way. One of the best high school football games I’ve ever seen. We completed a pass in my corner in the end zone hitting the pylon over as time expired. That was thrilling.

He’s present at innumerable Northfield High School athletic events. That’s whether or not one of his kids is in uniform.

“He’s so giving. He volunteers his time. He just loves to do it,” said NHS boys basketball coach Ryan Driscoll. “I know for football he travels to games, he’s at every game. Home events, that’s a couple nights a week, for sure. Then he does the preseason photo shoots. Every year he has a few different ideas. It gets a little more big-time each year, it seems like.“

Wellbrock is the school’s unofficial athletics photographer of sorts. There’s no contract nor payment involved. No obligations.

He can come and go as he pleases, though his love for photography and the Raiders keep him coming back.

Wellbrock was an early adopter of digital cameras when they became popular in the 1990s and 2000s.

“Early cameras were not great, but it was something you could do at home,” Wellbrock said. “You could process your own pictures and things like that.”

It was a way to keep his hobby thriving.

Having subjects to photograph also helped.

“Once we had kids in school and in sports I started to think a little bit more that this is maybe something to do,” Wellbrock said.

Wellbrock took his camera to his eldest daughter Laura’s volleyball match. He found his lower budget equipment didn’t quite achieve the results he was looking for inside a dark high school gym.

Wellbrock got more up to speed with current technology, purchasing a new Canon camera in 2015.

He returned to the court with his new toy and began to reap the rewards.

“So I went to a couple more volleyball matches and got some pretty good results,” Wellbrock said. “What I found was the parents and the kids really liked this. So I started thinking maybe there could be something to this and it could become a little more regular.”

Wellbrock mastered the art of the action shot. Except what takes place on the field of play isn’t the half of it.

“You’re not just taking some snap shots here and there, but you’re documenting the day,” Wellbrock said of his approach. “Especially sports like football, it’s a whole game day experience. The band, kids, cheerleaders, team coming on the field, playing the game, and after.”

Wellbrock estimates he takes 1,000-1,5000 photos at a football game. Most other events wind up at around 500. After reviewing his haul on the computer, he’ll whittle galleries down to 100-150 “keepers” that make it onto his website and Facebook page.

“He does a great job of getting everybody,” said NHS football coach Bubba Sullivan. “Not only the stars.”

“He’ll interview people and put it in our video. It’s awesome, the stuff that he does,” said NHS volleyball coach Tim Torstenson. “We’ll take a half hour or hour of one of our practices in the preseason to do it.”

If a coach or parent has an idea, he’s willing to oblige.

One year, Wellbrock came up with a season video idea to film a volleyball bouncing around all over Northfield. The ball eventually made its way to the NHS gym and into the hands of a team captain.

Another year featured the volleyball team rocking out to a Queen theme for the season poster.

Wellbrock at times has gotten to feel like a rock star, himself, from some of the venues he’s been.

When NHS football players qualified for the annual high school state all-star game at U.S. Bank Stadium, Wellbrock was eager to tag along.

Walking out to the 50-yard line to look up at the cavernous Vikings venue was a surreal feeling. There have been a few other pinch-me moments when the Raiders competed at state tournaments.

“That’s been a big thing for me, personally, to go to these places,” Wellbrock said. “The lighting’s better. You’re sitting on the floor at the Target Center. They’ve got areas where they shoot NBA games and it says a Getty Images guy is going to be there and I’m in that spot.”

“I'll be a parent for a while"

Wellbrock feels fortunate to document so many of his kids’ big athletic moments. He admits the view behind the lens isn’t the same for the rest of the parents.

“I think I’ve missed a few things that way before because I’m looking through the camera,” Wellbrock said. “There are times, especially in club (volleyball), they’re playing three or four matches a day where I’ll set the camera down. I’ll shoot one and watch the other three. The high school a little bit that way, too. If a match goes three or four sets I’ll shoot a couple but I won’t shoot all of them.

“I’ll put it down and be a parent for a while.”

The camera isn’t going away anytime soon though Wellbrock’s priorities may shift when his youngest two graduate.

“A lot of people ask how long I’m going to do this. We’ve got a seventh-grader and a senior and an older son who graduated. As long as they’re in school, maybe, but I don’t know after that,” Wellbrock said. “Maybe somebody else will be interested to pick this up or will have better ideas. Not that I want to get away from doing sports, but I might want to branch out and shoot some other schools and teams that we know and people we know, other events and things like that.

“It’s fun to go out and try some other things.”

“I do know that our families really appreciate him,” Driscoll said. “He tries to find the moments, maybe pregame, postgame, halftime when players are having one-on-one conversations. He does a good job of that.”

Photography has been an entryway to meeting many of the folks he now calls friends.

“The relationships I’ve developed are probably the biggest takeaway for me, personally,” Wellbrock said. “For the kids and parents, hopefully it’s all the images that are out there that they can go back and look on. The kids may not care now, but in 10-15 years they might think it’s pretty cool.”

Mike Randleman is a freelancer writer based in Northfield.