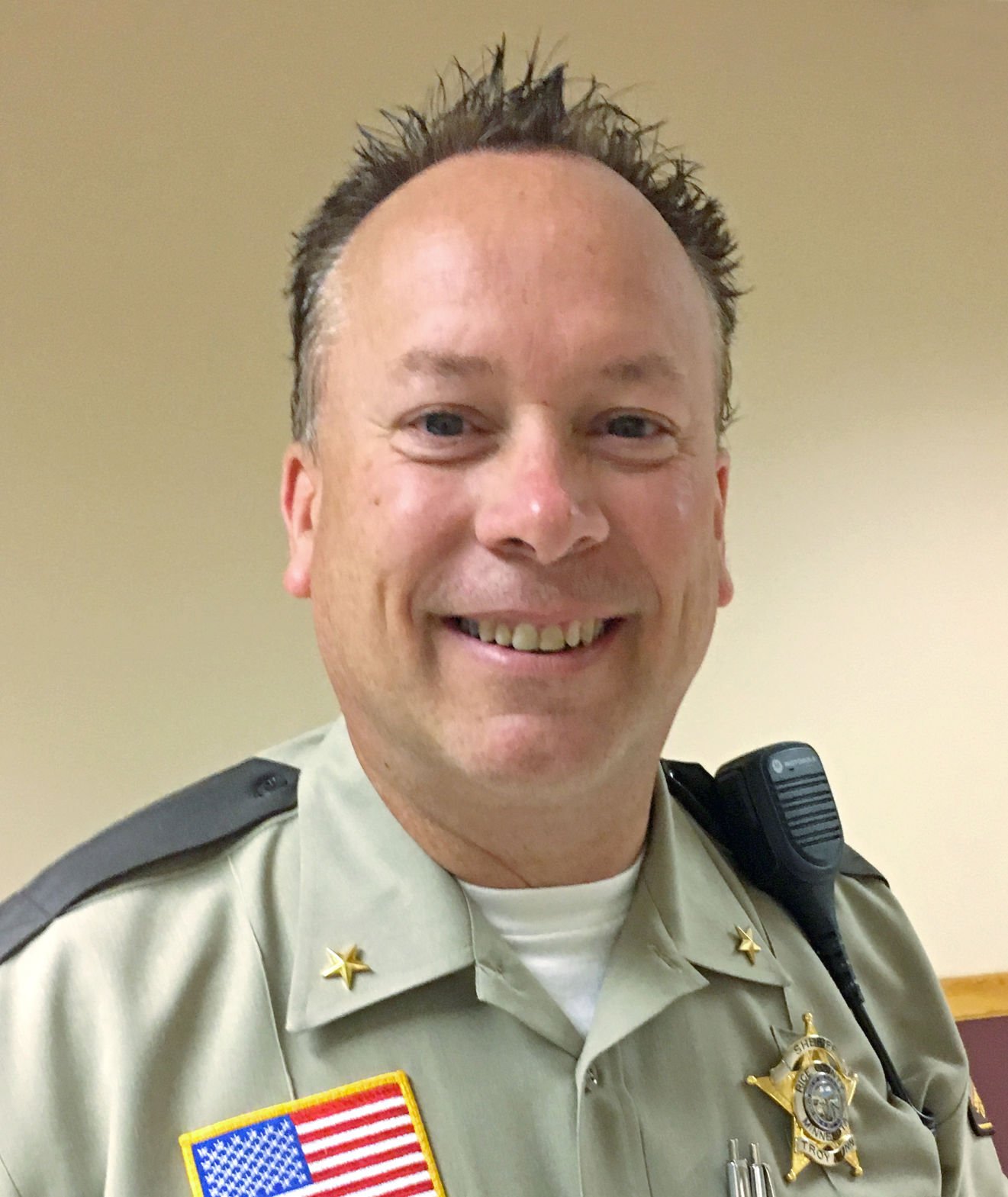 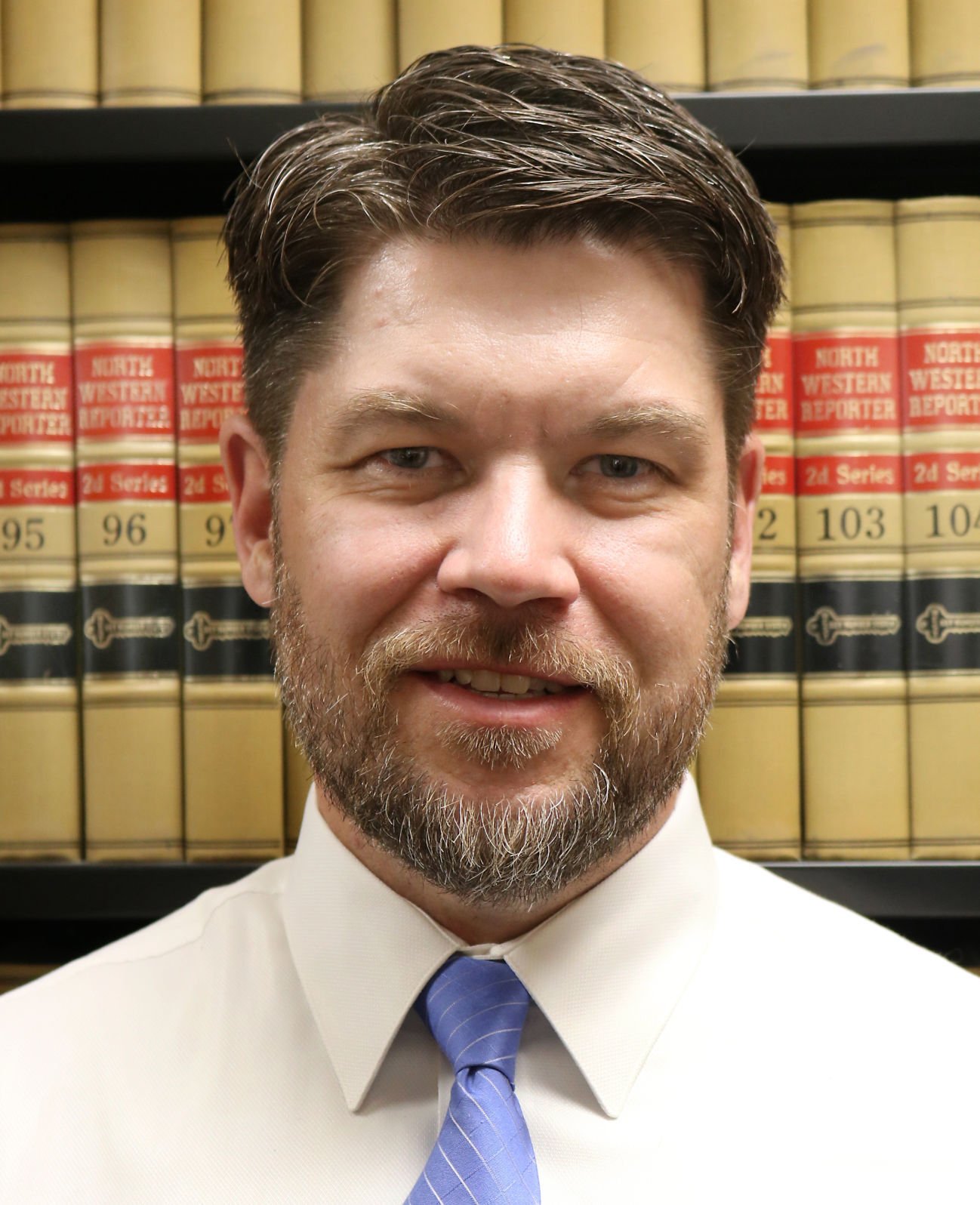 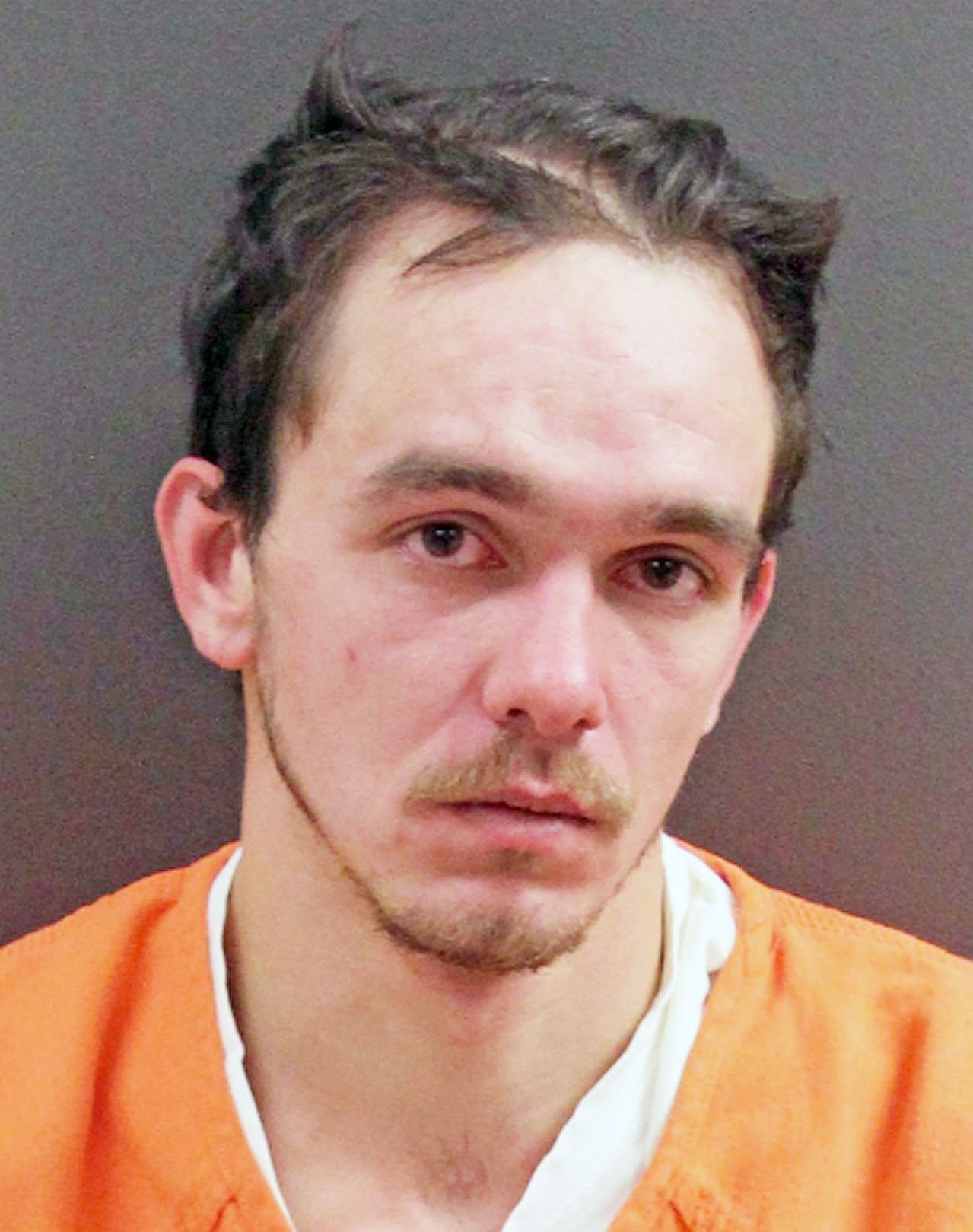 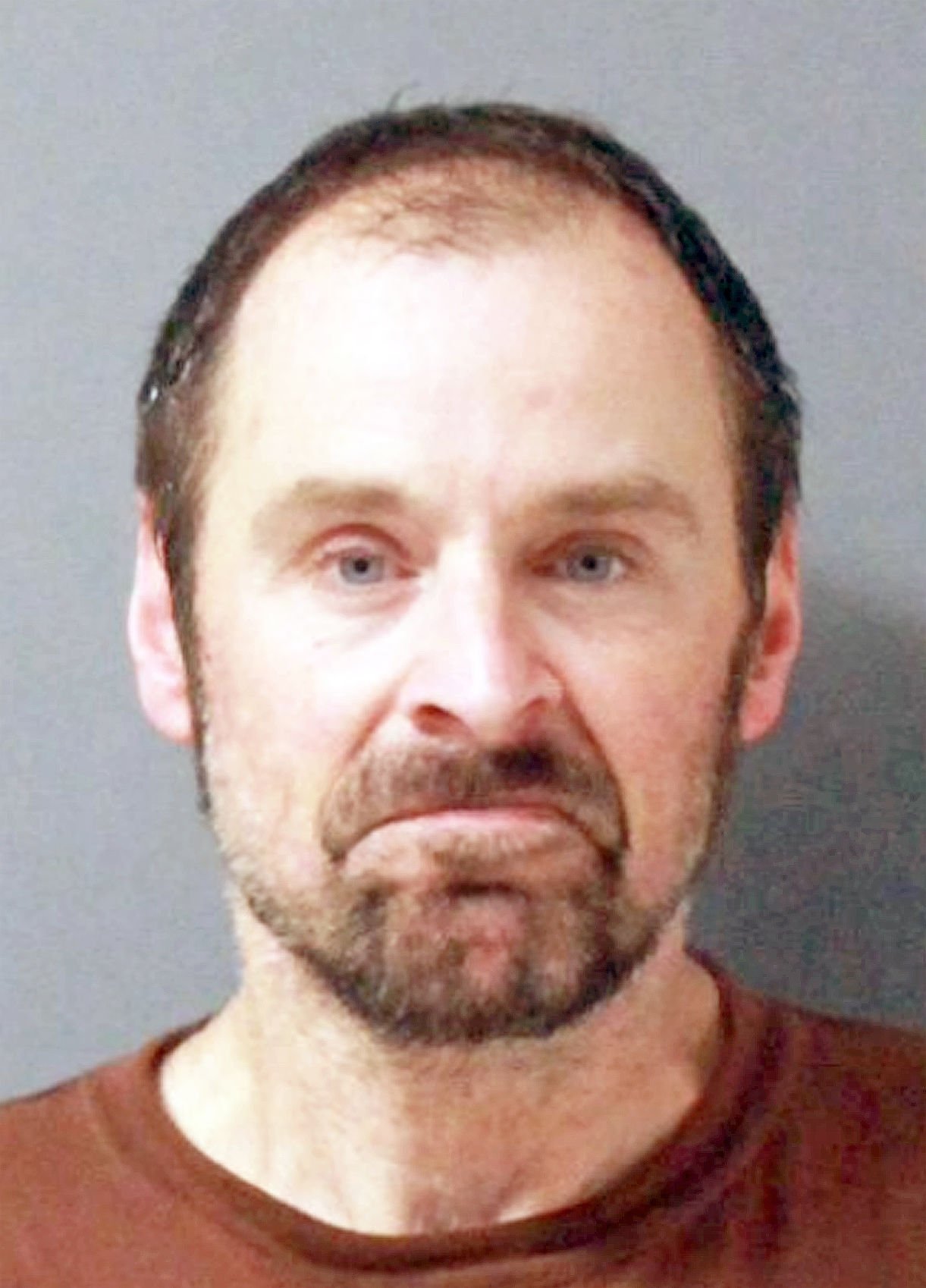 So far this year, are law enforcement are seeing a higher numbers in DWIs and excessive speeding, with numbers continually increasing as they head into the final months of the year.

Following two felony DWI arrests Thursday night, Rice County Sheriff Troy Dunn said he is “deeply disappointed” in what he is seeing as far as the blatant disregard some people are showing for overall public safety.

“We have already more than doubled our fatalities for fatal crashes in the county compared to 2019, and we still have several months left in the year,” Dunn said. “Lack of seat belts, high speeds and alcohol have all been contributing factors in these cases.”

Dunn said while law enforcement in Rice County are writing close to the same number of speeding tickets as they would any other year, he is alarmed at the high rates of speed the violators are clocking in at. Instead of someone going 70-miles-per-hour in a 55 zone, Dunn said they are seeing more motorists breaching 80-miles-per-hour and even more pushing 100 on the interstate, and on county roads and highways.

The DWIs, however, is where Dunn admits he gets extremely frustrated.

Late Thursday night, Rice County deputies arrested Patrick Michael Bentley, 27, of Eau Claire, Wisconsin, for driving while impaired with a 3-year-old child in the vehicle, according to Dunn. Dunn said Bentley’s blood alcohol content was double the legal limit and was the second DWI to take place that night. The first DWI arrest, which Dunn said took place at 9:30 p.m., also resulted in a blood alcohol content reading of double the .08 legal limit. Bentley was formally charged in Rice County court with first-degree felony DWI as well as second-degree DWI and endangering a child, both gross misdemeanors.

“It’s very concerning because not only are they endangering their own life, but also the lives of other motorists,” Dunn said, adding that nothing in his entire law enforcement career bothers him more than parents driving impaired with their children in the vehicle.

“I remember prior to when I was elected sheriff and I was working traffic regularly, I really felt happy and relieved when I would be able to stop somebody who was drunk and take them off the road before something awful happened. I wasn’t happy that I had to arrest somebody, but because maybe I had just saved a life.”

Dunn said he feels law enforcement in Rice County is setting an above average number in DWIs for 2020, despite there being an obvious lull in DWI arrests in April when most of the state was shut down due to COVID-19 related executive orders.

In Steele County, the numbers of DWIs is also on the rise, with County Attorney Dan McIntosh saying a vast majority of those arrests are made within Owatonna city limits. According to the Owatonna Police Department, DWI arrests as of Sept. 11 have already nearly doubled the four arrests made in September 2019.

“I don’t have a good answer for what that is at all,” McIntosh said. “Of all the public safety and public health concerns out there, when it comes to the dangers of drinking and driving there is no one who is unaware that it is an issue, so to see a spike in those numbers during a year where there are a lot of other stressors going on in our community, it is frustrating.”

The Steele County Court recently charged 47-year-old Donald Gary Johnson of Owatonna with first-degree felony DWI, driving with a canceled license and leaving the scene of a motor vehicle accident. According to OPD, officers were called to Clark Drive Sept. 4 for a report of a hit and run. Investigating officers reportedly learned from a witness that a person, later identified as Johnson, had run into the back of a parked vehicle and fled the scene. Officers later located the heavily damaged suspect vehicle described by the witness with Johnson inside, according to the report. Johnson had previously been arrested in August for DWI after he reportedly ran a vehicle into his house.

In Minnesota, a DWI does not become a felony offense until an individual receives a fourth offense within a 10-year period. Once convicted of a felony-level DWI, any future DWIs are also considered a felony. McIntosh said that while penalties vary depending on an offender’s criminal history and each individual case, DWI penalties can include loss of driver’s license, seizure of license plates, mandatory minimum jail time, mandatory installation of ignition interlock systems, forfeiture of vehicles, and prison sentences.

“It is hard to paint it all with one brush, so we try to look at each case individually,” McIntosh said. “But the general philosophy believed in my office is that drunken driving is the most pressing public safety issue we face, and while it can come along as a byproduct of addiction, we have to be realistic that treatment, consequences restrictions of liberty all go into the mix.”

The increase in drunken driving is not unique to southern Minnesota. According to the Minnesota Department of Public Safety, 40 of the 152 traffic fatalities in across the state this summer were alcohol-related. These preliminary numbers account for 60% of all 2020 traffic fatalities thus far.

Both McIntosh and Dunn said it is hard to understand why drunken driving continues to be an issue as educational campaigns and different media blitzes about the dangers of drunken driving and the harsh realities of DWI charges have been around for many years.

“Our job is never done as long as we have loved ones and friends and family out there driving,” Dunn said. “We need to keep reminding them to wear seat belts, slow down, drive attentively and hands free, and never drive drunk.”

McIntosh echoed Dunn’s sentiments, adding that it all boils down to personal responsibility.

“Unfortunately it becomes an enforcement issue because people won’t heed the warnings,” McIntosh said. “Public transit with Uber and Lyft has never been more available, so the fact that people continue to choose to drink and drive is baffling.

“It’s one of those things that is always preventable, you don’t have to go down that road even if you do over indulge,” he continued. “It’s a serious issue, and law enforcement isn’t going to be able to stop everyone — by the time they respond to an accident it is too late. We all need to look out for one another.”