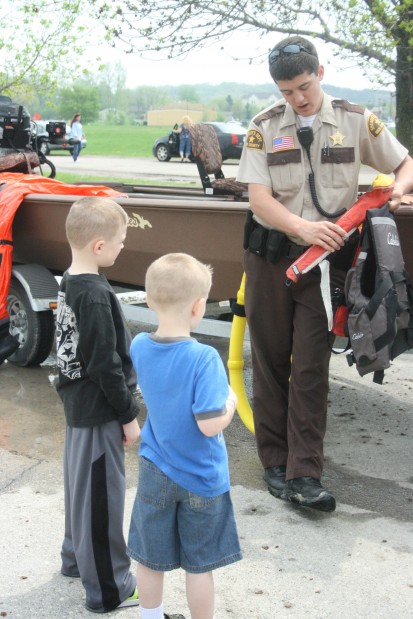 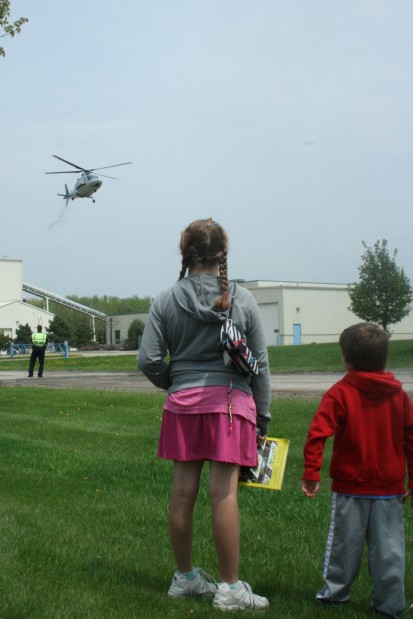 A pair of children watch Saturday as a helicopter touches down. (Gina Dolski/Northfield News) 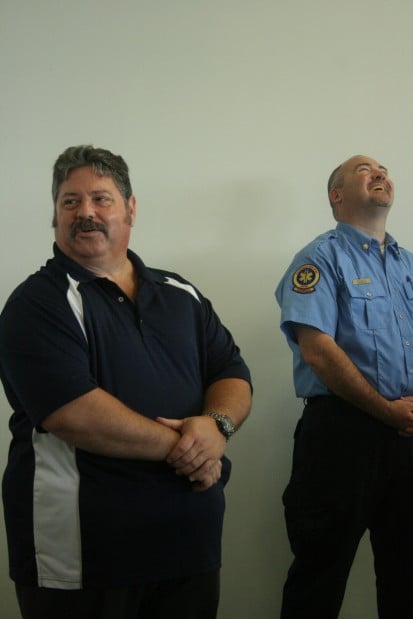 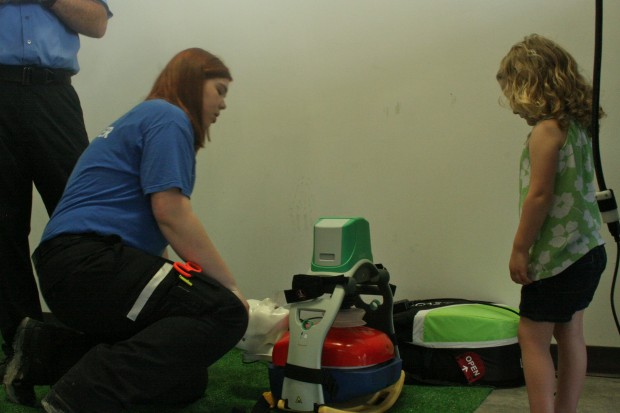 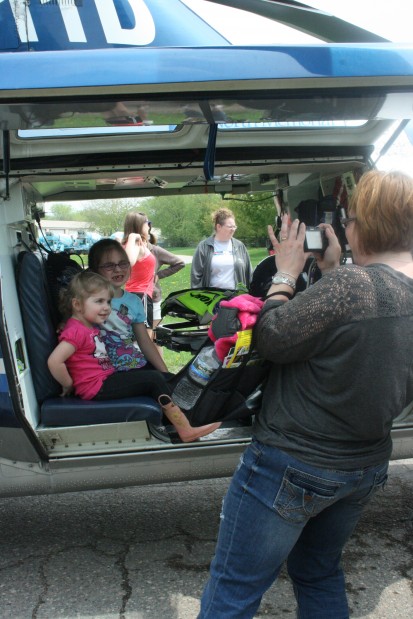 Two children get their picture taken Saturday inside the helicopter. (Gina Dolski/Northfield News) 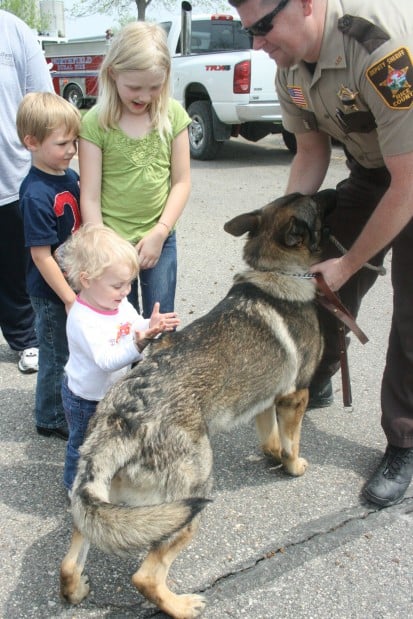 The K-9 unit gets some attention Saturday from community kids. (Gina Dolski/Northfield News) 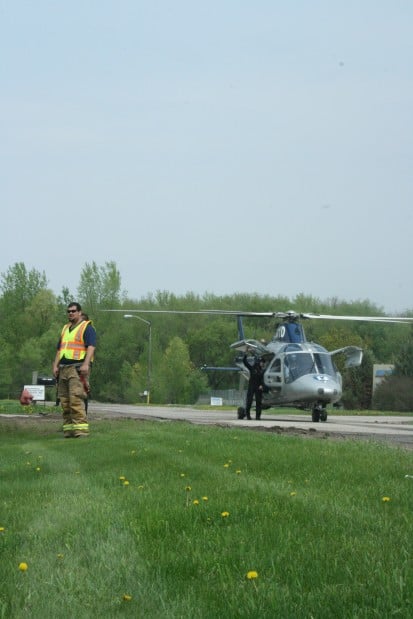 A pair of children watch Saturday as a helicopter touches down. (Gina Dolski/Northfield News)

Two children get their picture taken Saturday inside the helicopter. (Gina Dolski/Northfield News)

The K-9 unit gets some attention Saturday from community kids. (Gina Dolski/Northfield News)

The Northfield Hospital Emergency Medical Services opened the doors of its new headquarters Saturday for a community open house.

Northfield area residents turned out to see demonstrations by various Northfield public safety units as part of the kickoff for National Emergency Medicine Services Week, set to run through May 25.

“We love to get as many people out here as we can,” EMS manager Brian Edwards said. “The kids love to get out here and see the fire truck, ambulances, K-9 unit.”

And of course: “The helicopter,” 8-year-old Roman Schoepphoerster said of one of the day’s main draws.

A North Memorial Health Care helicopter landed just off the property, highlighting an afternoon centered around the dedication of a new LUCAS chest compression machine.

Jim Frie, whose wife, Annette, passed away in October, 2011, from sudden cardiac arrest, raised more than half of the needed $16,000 for the machine and was on hand with four generations of Annette’s family to dedicate it in her memory.

“After she passed away it was impossible for me to let her go without doing something,” said Frie, who said he worked as a police officer in Northfield from 1982-2006. “If we could save another family from going through what we went through, what better way to remember her?”

EMS staff demonstrated the LUCAS machine, which Edwards said is capable of performing perfect CPR compressions for up to 45 minutes and allows responders to handle other emergency concerns.

“We want to make sure that a person who experiences sudden cardiac arrest has every possible chance for survival,” Edwards said.

Edwards said a grant he secured made up the remainder of the money needed to purchase the machine after Frie’s fundrasing, and that Northfield aims to purchase more in the near future.

“This is just another step,” Frie said. “We keep getting better and better technology. I’m really, really glad to be able to do this.”