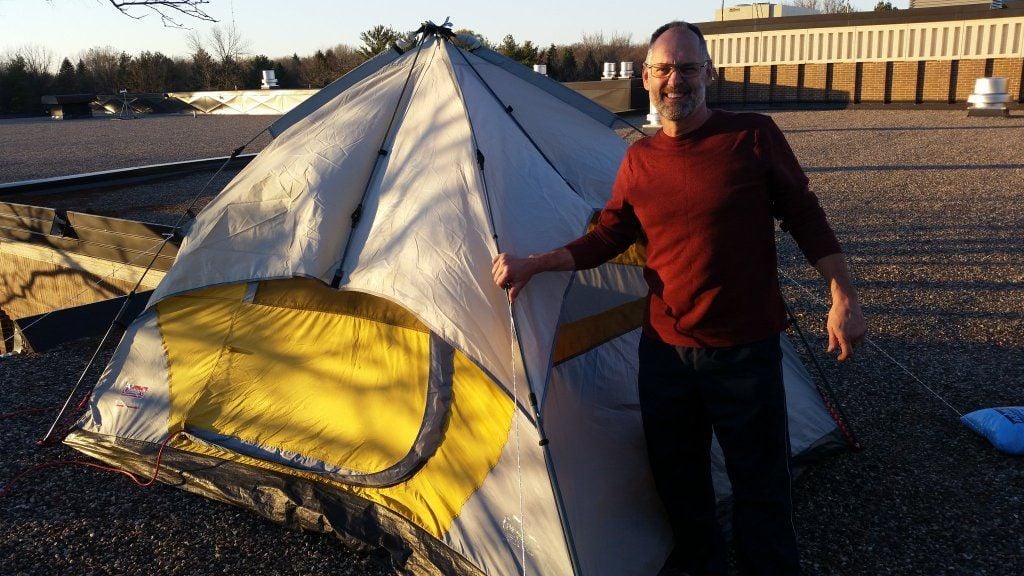 Greenvale Park principal, David Craft slept on the roof on Monday night as a result of his students meeting a $20,000 fundraising goal. (Photo courtesy of Greenvale Park Elementary) 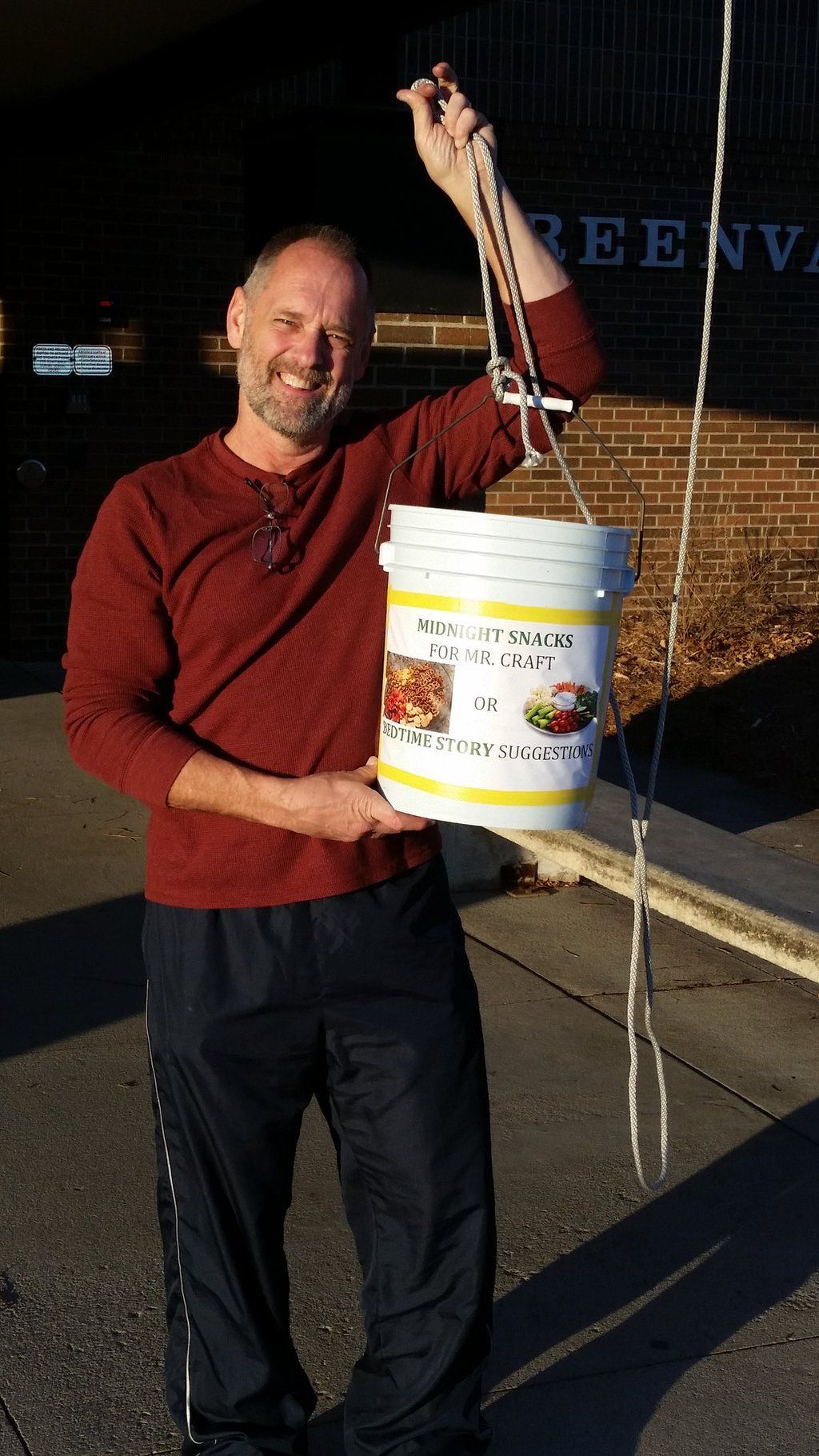 In order to keep entertained, Greenvale Park principal, David Craft, brought up a bucket-full of goodies with him to the school’s roof. (Brittney Neset/Daily News)

Greenvale Park principal, David Craft slept on the roof on Monday night as a result of his students meeting a $20,000 fundraising goal. (Photo courtesy of Greenvale Park Elementary)

In order to keep entertained, Greenvale Park principal, David Craft, brought up a bucket-full of goodies with him to the school’s roof. (Brittney Neset/Daily News)

On Monday, he spent the night in a tent to honor a promise he made to his students.

About a month ago, Greenvale Park participated in an annual fundraiser called a move-a-thon to raise funds for its school. Since the students and their families raised so much money for the school, Craft got to participate in a few daunting tasks.

According to Parent Teacher Organization co-president Arleen Gallardo, last year the school raised about $8,000 during the move-a-thon event, but this year, more than double was raised.

“It’s a very big difference between this year and last year,” said Gallardo.

Both Gallardo and Craft said that the increase of success came from the addition of a walk-a-thon committee and the ability to make donations online.

As the school’s fund raising efforts reached a similar dollar amount to last year, the committee and staff worked together to encourage students to raise more money.

Craft said that the first goal for the move-a-thon was $10,000. If that was met, then all the teachers would do a dance for students during their monthly building-wide meeting. Once that goal was reached, the committee had to get creative with rewards for the students.

At $15,000, Craft and teacher Ryan Driscoll participated in “egg roulette.” Egg roulette is where some eggs are hard-boiled and some are not. The participants then smash the eggs on their forehead until there are no eggs remaining or one person has broken two raw eggs.

Upon reaching the $20,000 mark, Craft then had to take to the roof and spend a night in a tent.

“It was amazing,” said Craft, about his experience sleeping on the roof on Monday.

He added that many students and parents drove past the school and stopped to make sure he remained on the roof once parent-teacher conferences had concluded at 7 p.m.

To keep himself entertained and properly nourished, Craft brought up a bucket full of snacks, things to do and words of encouragement from the students.

On Tuesday morning, Craft greeted students and parents from the roof.

The funds that were raised during the event will go to help purchase classroom supplies for teachers, fund the fifth-grade graduation and a teacher appreciation event, among other things.

Brittney covers education and youth-related issues in Rice County. Reach her in Northfield at 507-645-1115, in Faribault at 333-3132, or follow her on Twitter @BrittneyNeset.