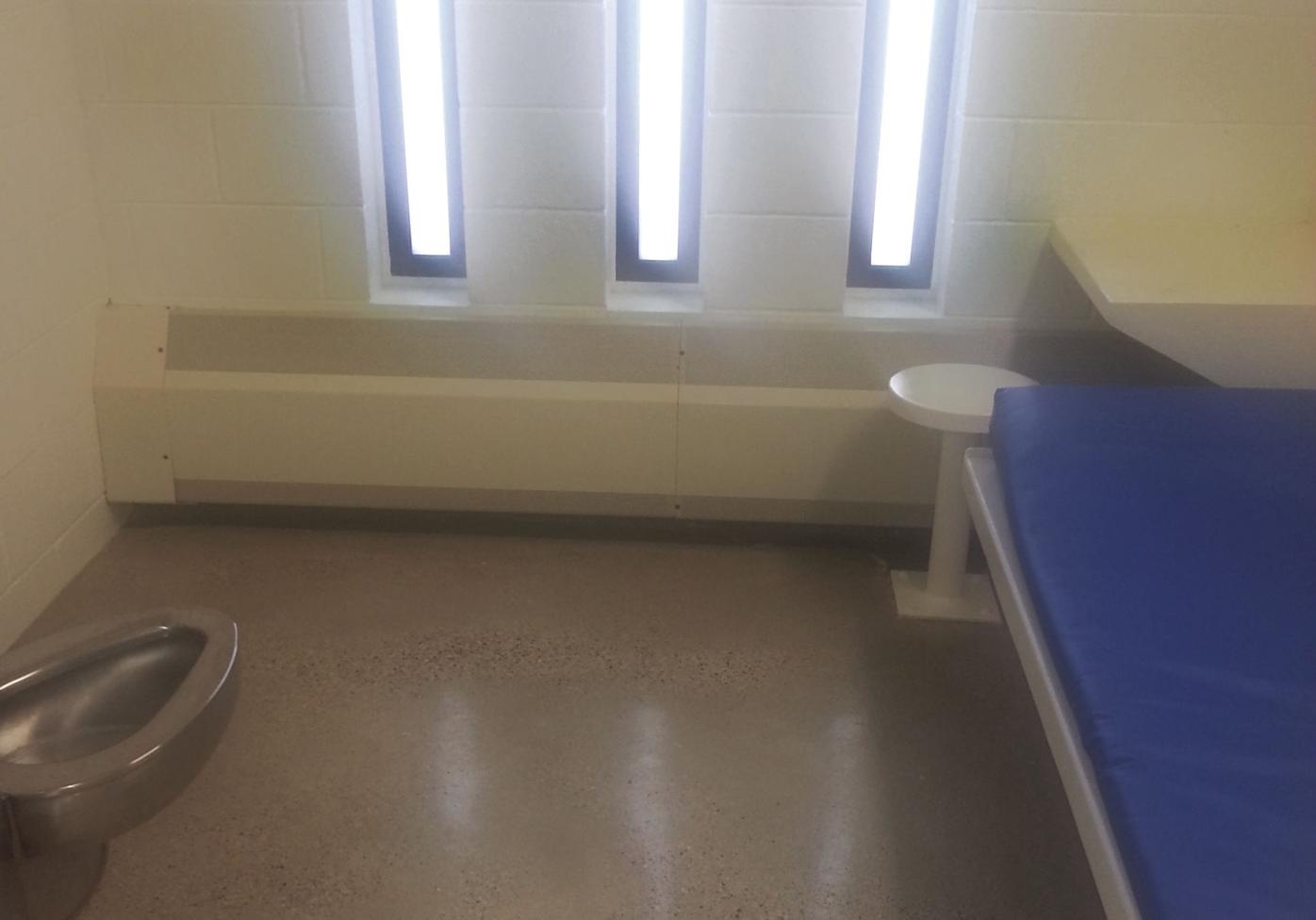 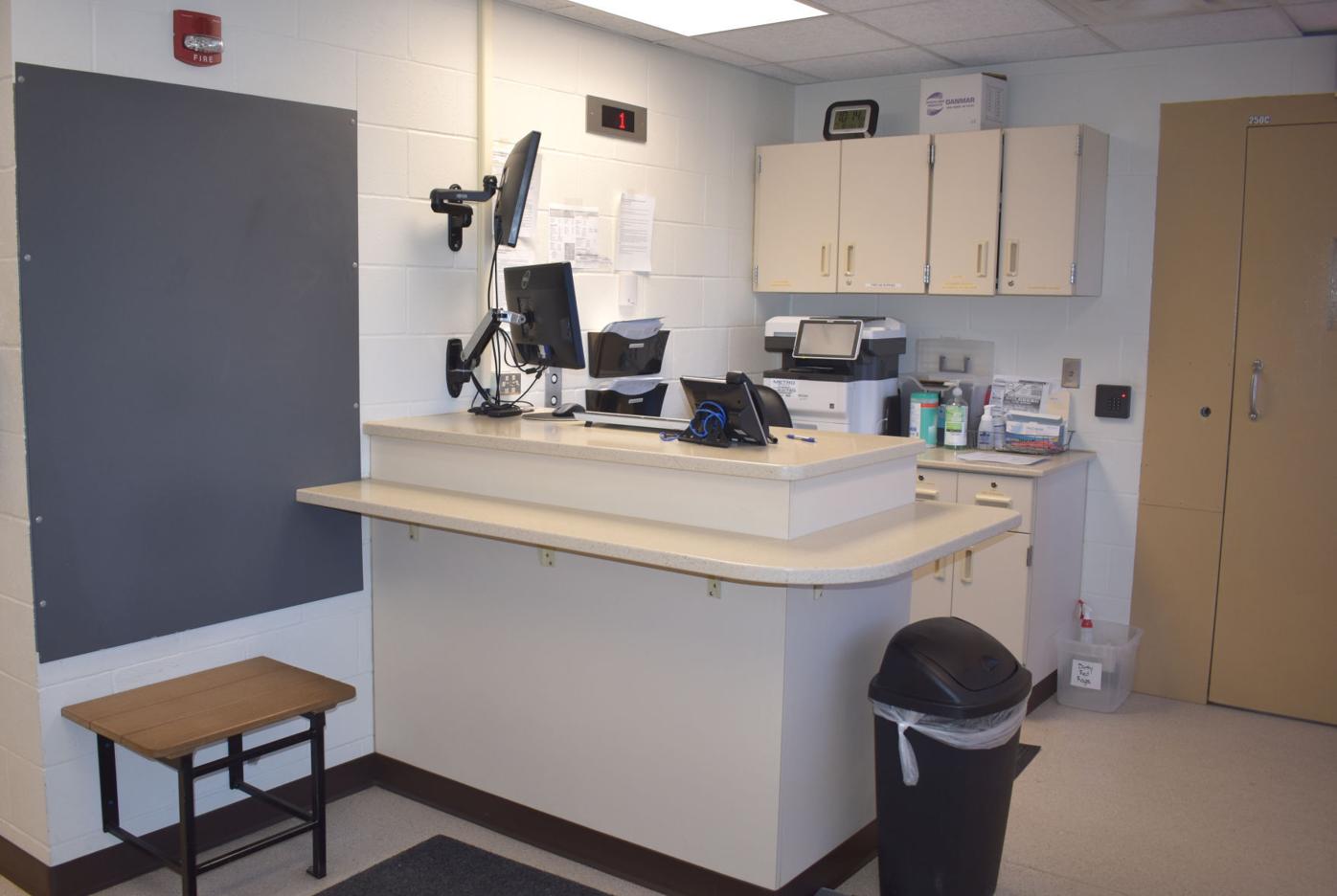 Someone in the midst of a mental health crisis is more likely to encounter law enforcement than get medical help, according to the National Alliance on Mental Illness (NAMI).

That results in nearly 2 million people with mental illnesses being sentenced to jail each year. NAMI says nearly 15% of males and 30% of females in jail have severe mental health conditions.

As in much of the country, the need for mental health services for Rice County inmates has only increased during the pandemic. To better assist these inmates, the Rice County Board of Commissioners last month approved modifications to a contract to increase hours for in-person mental health and medical care to inmates at the county jail and jail annex. The decision was approved unanimously with little discussion.

Beginning in mid-March, the county increased mental health services from eight to 16 hours a month, or four hours every week rather than four hours every other week. Medical care for inmates increased from eight to 12 hours weekly. Sheriff Troy Dunn said the additional hours entail on-site, in-person visits with medical staff. The provider, Advanced Correctional Healthcare, also offers other services like first aid training for staff and dispensation of medicines.

Dunn said the additional cost to the county will be about $14,000 annually.

“It would be fair to say that the majority of people coming into our jails have either some kind of chemical addiction issue or mental health issue, and sometimes it’s a combination of everything, and that makes things even more difficult to deal with,” Dunn said.

“It’s not always apparent right away,” Marinenko said. “Some of them may have been self-medicating and don’t even realize they have some of these mental health issues until they come off of their medical use.”

Marinenko said the jail has seen “the entire gamut” of mental illnesses, from low-level depression and anxiety to manic bipolar and schizophrenia. While he isn’t a mental health provider, he said the need for increased services is evident.

The county jail and jail annex don’t have 24/7 mental health and medical care on-site. However, if an issue comes up, Dunn said Advanced Correctional Healthcare is notified through its 24-hour on-call service. Staff then cares for the patient, and the provider makes recommendations for treatment plans via phone call or telehealth intervention. A nurse practitioner can then order specific medications for the patient.

It was through phone calls and telehealth that staff recognized an increase in mental health or medical problems for the inmates, Dunn said.

Even before increasing service hours, Dunn said the jail’s current nurse had said eight hours a week was not sufficient for her workload. She approved of the increase, and if she determines the needs still can’t be met within the 16 hours, Dunn said it would call for a reassessment.

Dunn believes COVID-19 may have contributed to the rise in medical needs. As hospitals tried to limit patients and appointments during the pandemic, people may have deemed their own health concerns “not serious enough,” or they may have avoided the hospital for fear of COVID-19 exposure.

Dunn said even when deputies call emergency medical services to report someone who needs assistance, it can take days before a secure bed is available. Ambulances sometimes travel hours, including over state lines, to place those suffering from a mental health condition into a secure bed.

“That really puts a hardship on our resources in our home communities,” Dunn noted. He hopes to soon work with social services, public health and neighboring communities to secure a local resource for those afflicted with a severe mental illness and help interact with people who fear law enforcement.

Shaw oversees another mental health program offered in Rice County, Project Intercept. Based on Blue Earth County’s Yellow Line Project, the local program aims to divert people from going into jail by finding the appropriate services to treat their condition.

Cindy Selvik, Rice County social worker for Project Intercept, screens arrested individuals for chemical and mental health services they may need. She works with the courts along with the individual’s attorney and county attorney’s office to arrange for a furlough so the patient can leave jail and receive treatment. Selvik refers individuals with mental health concerns to one of the three Rice County Social Services therapists, who then work with the patient at the jail.

“She has transported many people,” Shaw said. “… That’s time better spent in recovery, and it gets people on the right path away from criminality, which in many instances is chemical- and mental-health related.”

In the future, Shaw said he and Selvik want to work with law enforcement, hospitals and other entities that come in contact with people on an emergency basis to address individuals’ mental health or chemical dependency issues before they end up in jail. Project Intercept doesn’t have the staffing to do that yet, but he hopes the program grows so the path to recovery is more of an upstream effort. For those with chemical dependency issues, he said jail is a difficult place to go through withdrawal from drugs and/or alcohol.

Dunn said that while Project Intercept has been helpful, he’s concerned that once inmates are released from custody they may lose contact with Selvik because their treatment plan isn’t court ordered.

“I think our county attorney’s office, prosecutor, law enforcement and public defenders are happy to have this program here,” Dunn said. “But just like everything else, treatment doesn’t work for somebody if they don’t believe they have a problem, and some get there sooner than others. They have to keep at it, modifying the plan, seeing what works best so they’re not coming back to jail or continuing criminal behavior and ending up in the prison system.”

Northfield Police Chief Mark Elliott said not until recently have police calls to people struggling with mental health challenges been documented as such. Though mental health issues and a substance abuse disorder don’t always go together, Elliott said there are “certainly” times when people are struggling with both at once. According to the National Institute on Drug Abuse, research suggests that approximately half of those who develop substance use disorders are also diagnosed with mental disorders, and vice-versa.

Northfield police officers receive crisis intervention and mental illness crisis training as required by the Legislature. The law stipules that such courses must offer techniques for crisis de-escalation, cover mental illnesses and the criminal justice system, psychotropic medications and their side effects, co-occurring mental illnesses and substance use disorders, suicide prevention, and other topics.

Elliott stressed that those who are suffering from a mental illness must commit a crime to go to jail, adding that a jail stay is sometimes a more appropriate option than treatment. He noted Rice County “is very limited” in its crisis response beyond law enforcement, while there is 24/7 availability in Dakota County. To the north, there is a dedicated Crisis Response Unit that helps those in emergencies with mental health crisis assessments, ensures they receive access to urgent psychiatry and therapy, family education and support, and assists in other ways.

According to a 2015 report from the Treatment Advocacy Center Office of Research and Public Affairs, 1 in 4 fatal police encounters, 1 in 5 jail and prison inmates, and 1 in 10 of law enforcement responses relate to people with untreated mental illness. To reduce the number of the number of fatal police encounters with those with mental health conditions, the center called for increasing the number of treatment beds for people suffering from acute or chronic psychiatric conditions, reforming treatment laws seen as erecting barriers for treatment of at-risk people, making full use of laws that provide access to treatment for people considered too ill to seek treatment for themselves, and undergoing other initiatives.

SOMEONE TO TALK TO

Rice County lists a number of mental health and chemical dependency resources on its website along with links about programs, boosting mental health, supporting friends and family members and having conversations. Visit bit.ly/2OJe7gs for more details.